This is why you never steal someone’s food.

Many people are quite protective when it comes to food. But even ignoring the fact that it takes time and hard work to cook something, it also takes money. And when you are living in a dorm, you have to be extra careful where your cash goes. However, this can be pretty hard when your roommate is an a-hole who loves to steal from you.

Some of you might think, what’s the big deal if he ate a few leftovers sometimes. He might have been hungry and had nothing else. But it wasn’t a few times and it wasn’t a mistake. Even when he was reprimanded, he kept doing it just to spite his roommate. I think you know where this is going. When the roommate refused to listen to the Reddit user, he decided to put his ‘sweet’ plan into action.

The title explains the story pretty well but it is still worth a read to get the juicy details. 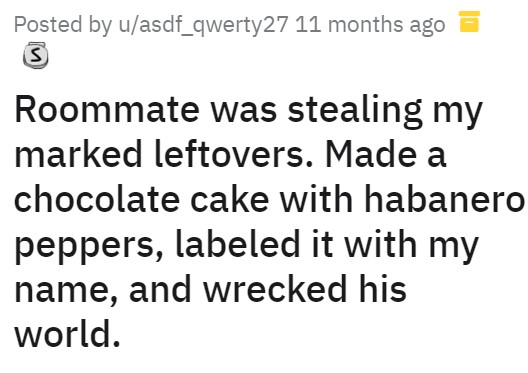 It can be very expensive when you are a college student. 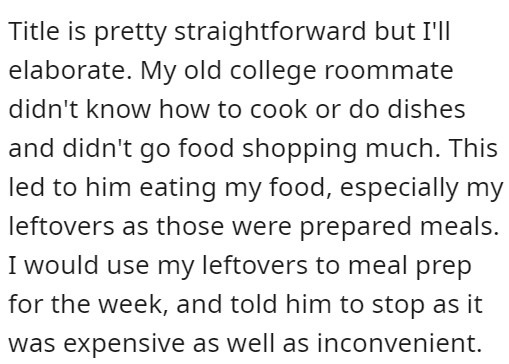 His spite was going to be the downfall of him but it turned out to be even more hilarious. 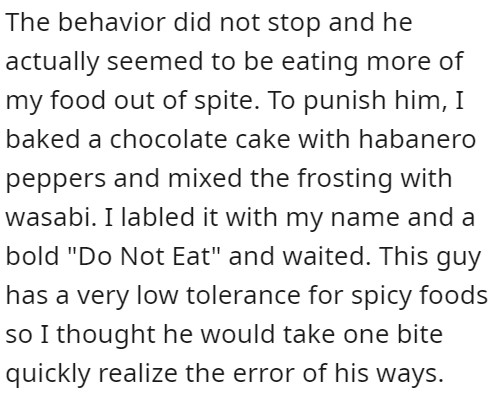 Honestly, it turned out more perfect than this guy could have ever imagined. 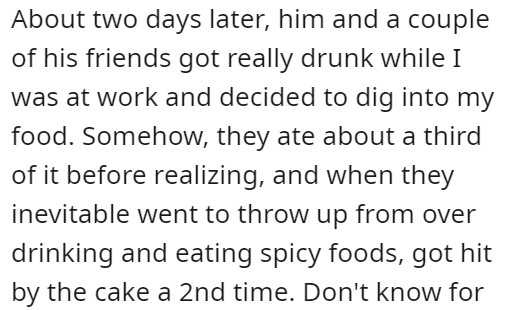 You never know what you are going to get when you eat someone else food. 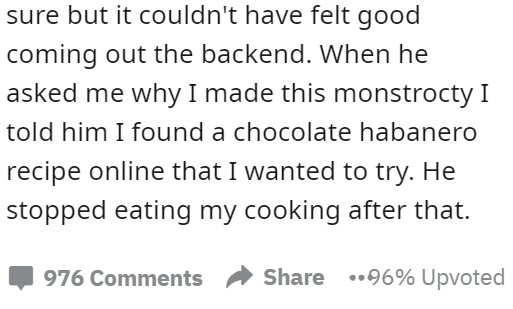 Milk-stealing was a major annoyance at university, it was in halls of residence and people would constantly pilfer your milk from the shared fridge “just to put in their coffee”.

I took to labeling my milk “Biology experiment, do not touch” and putting a drop or two of green food colouring in each newly-opened carton. Not sure if anyone was really fooled, but nobody seemed to touch it anymore after I started doing that. –dob_bobbs

Exactly, and if you like his cooking, pay him to cook for you. 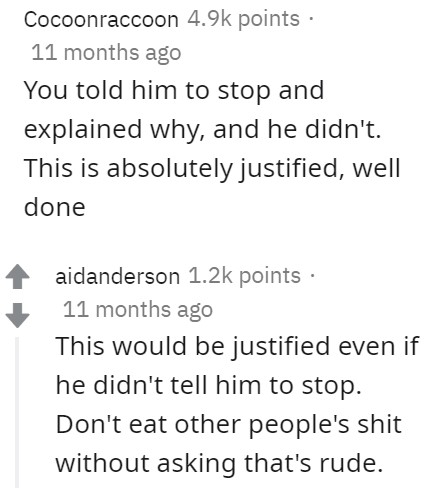 Actually kind of a legal grey area if they could prove it was made to “poison” so definitely in OP’s best interest to play dumb and innocent card.

But yeah, f**k that roommate, got what he deserved.

Edit: the reason I said to play dumb is because no, it’s not illegal to create spicy foods for yourself. It is illegal, however, to deceive someone else into consuming something that will produce unexpected, adverse, and unpleasant effects. The intent is what matters here, not the fact that it’s “just spicy and not cyanide.”

Edit 2: Since a few people are making the “but he labeled it do not eat” argument…just like a “no trespassing” sign doesn’t give you carte blanche to set up land mines on your property, a “do not eat” sign doesn’t allow you to leave a wasabi-frosted cake for your roommate to find. –fufm

Spice and chocolate are a match made in heaven at least for my taste buds. 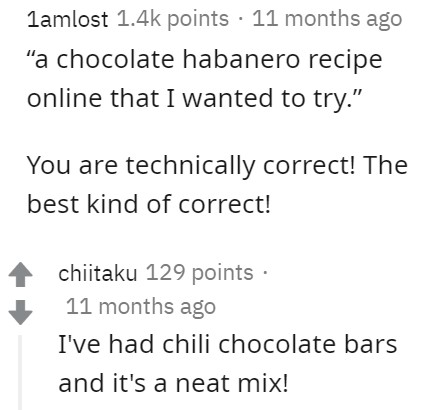 It seems stealing things from your roommates is a common occurrence in college. Have you ever done this or have this happen to you? If so share your story in the comments below.