Marketing is important in business.

And everyone achieves this differently. Some people do it by making or sending stuff to famous people for free. While others buy advertisements. However because of the thinking that artists or creative people alike don’t need to be paid. People love to remind them how ‘exposure’ is the only thing they will be getting out of a ‘commission’.

However, what these people seem to forget is that exposure doesn’t pay the bills. And even if you do get more likes, the people coming in will probably ask for free stuff in return for exposure as well. So it is an endless cycle that leaves the artist empty-handed and short for money. That is why it is so good to see when these choosing beggars don’t get what they want and have to deal with the consequences of their actions.

There is one such scenario below that you can take a look for yourself.

I mean it sounds like she is even offering the painting for less than her usual price. 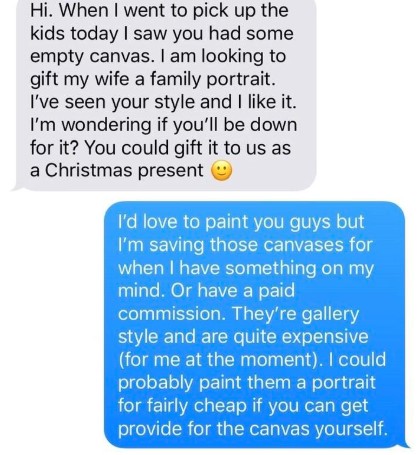 If you are able to spend that much money on gifts, surely you can pay her for her hard work. 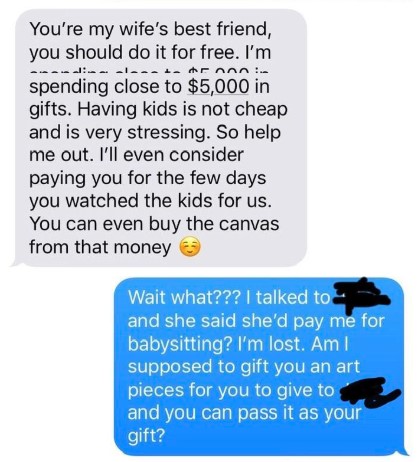 And how is her doing a painting for you in her best interest? 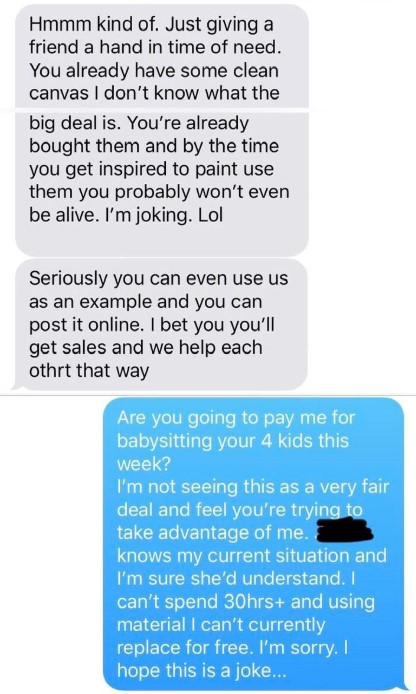 Not only that he also doesn’t want to pay her for the time she babysat their kids. This is why you always make your rate clear before doing something for someone. They might assume you are doing it for free.

The universe is punishing her for being so nice? Makes sense. 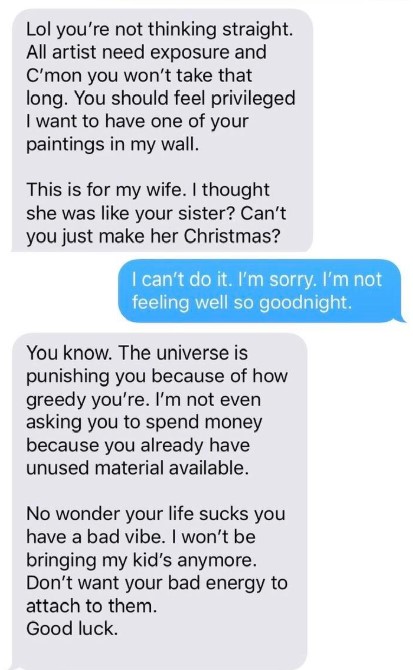 Wasn’t he just saying Universe is punishing her? 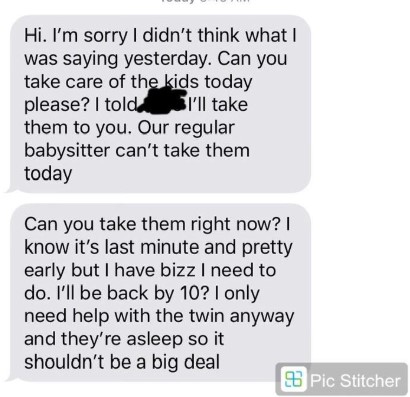 Who is the universe punishing now?

You know. The universe is punishing him with not having a babysitter because of how dickish he is. No wonder life sucks for him, he has a bad vibe. –katt518

She doesn’t even work as a babysitter, she was just doing them a favor.

Edit: I don’t work as a babysitter. I was just helping them for a few days since their babysitter wasn’t available. –givemeayes

Some people are just straight up a-holes. 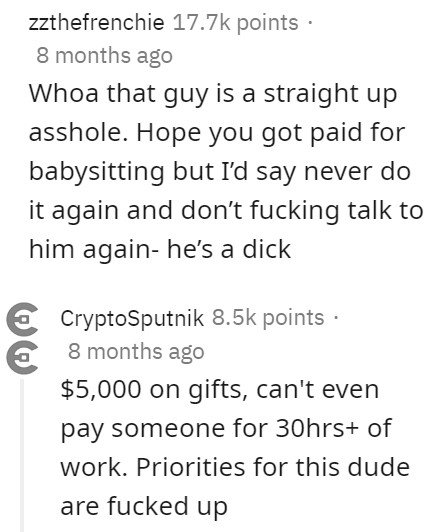 Don’t have kids if you are going to use them as an excuse for everything. 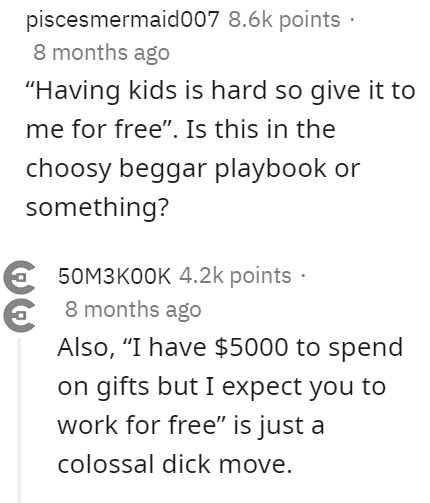 Has anything similar ever happened to you? Let us know in the comments below.