wAITA is a popular subreddit where people ask the entirety of the internet (or at least the people who frequent that page) what they think about something that they did. This usually happens when someone does something morally ambiguous and is not sure of how they should proceed. In this story, there is a woman who is jealous of how one of their neighbors treats her husband.

In her community, you’re only allowed to have two pets and the deposit for each pet is $500, plus your rent then goes up $50 per pet you have. No one really follows this ruling, so everyone basically has multiple pets, and during a fit of jealousy, she complained to the relevant people about her neighbor who had five pets, and now she’s being evicted for her animals. Read the entire story below. 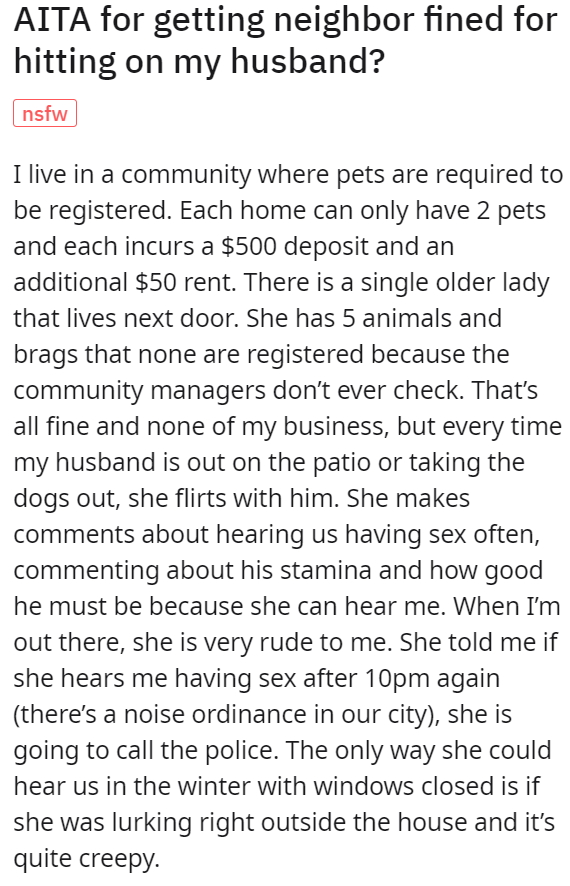 #2 If only the police could do their job. 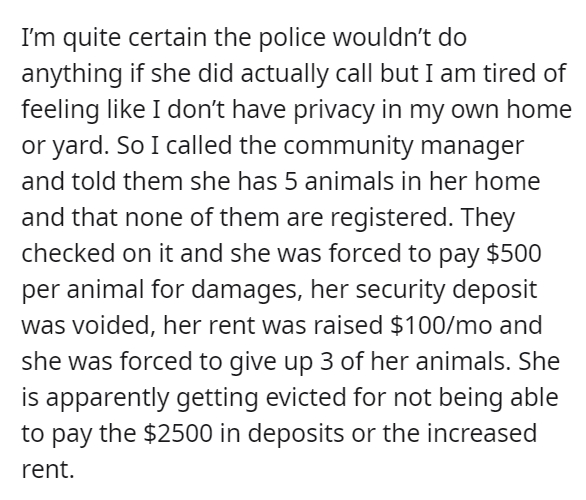 Advertisement
#3 She had been living for 10 years. 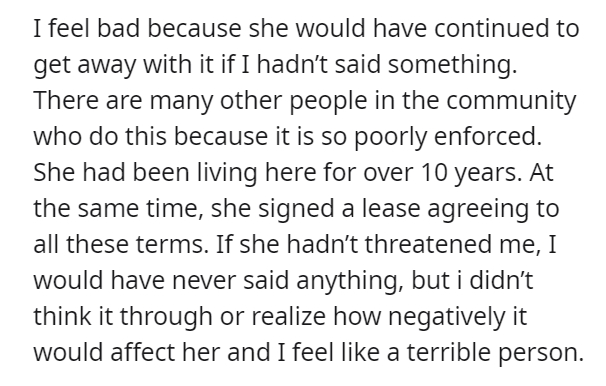 #4 Sums it up perfectly. 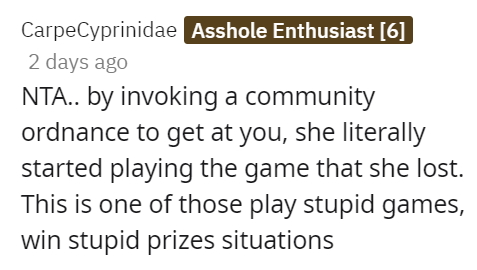 Actually, a little more than that:

I’d say she’s been sexually harassing her husband really. It’s one thing to be friendly with a flirty tone or inviting someone over etc. It crosses the line into harassment for me when she starts talking about his package, sex noises and other explicit details of his sex life. Can you imagine if a grown man was doing that to a married woman? We’d be calling him a creep and telling OP to get a no contact order. OP is definitely NTA, this woman sounds nuts and creepy.

#5 She shouldn’t have bragged.

#6 Got what she deserved as this redditor put it. 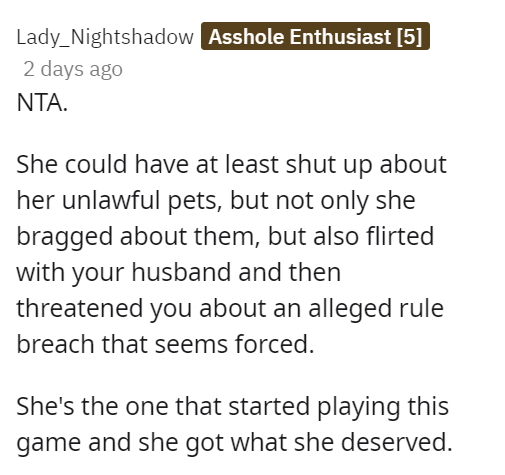 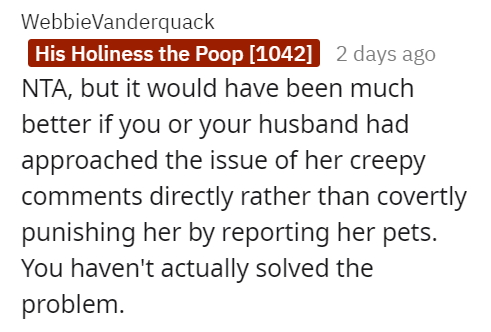 She made it vocal she was violating the terms of her tenancy, yet instead of being a cinnamon bun so she might get away with it by being the resident peach, she made you and your partner massively uncomfortable. It doesn’t matter if you’re a resident renting a place for 1 year, 10 years, or 50 years. A violation is a violation. Just as being a loyal employee at a workplace for 4-5 years doesn’t mean you’ll end up unemployed if circumstances change. 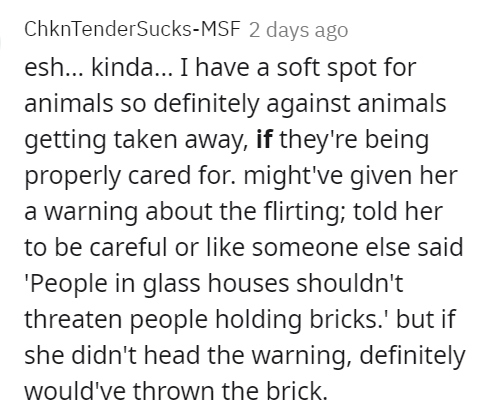 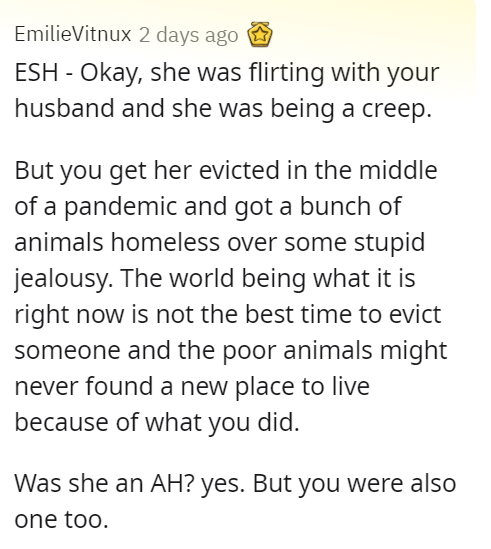 What do you think? Did she go too far? Tell us down in the comments.