I know there is a misconception that cats are evil. We all think that unconsciously after all. Even I have been guilty of saying this time and time again even though I do not mean it. However, this particular Tumblr post explains where this ‘fact’ hails from. The reason cats get called evil is because they behave very differently from dogs. You would think this would be a good thing. After all, if you want a dog, just get a dog.

Dog owners seem to think that getting a cat would be just like adopting a dog. However, in reality, it is quite opposite. Not only are cats much more independent but they also don’t need or want constant attention. For example, if we kept bothering a human, they would get tired as well, cats are somewhat like that. And they are actually quite complex. You can read about all the things that cats do and what is the meaning behind these things by scrolling below.

The ‘mean things’ that cats do are not actually evil.

They just have a different way of showing their affection.

Most cats do not like when someone touches their belly. 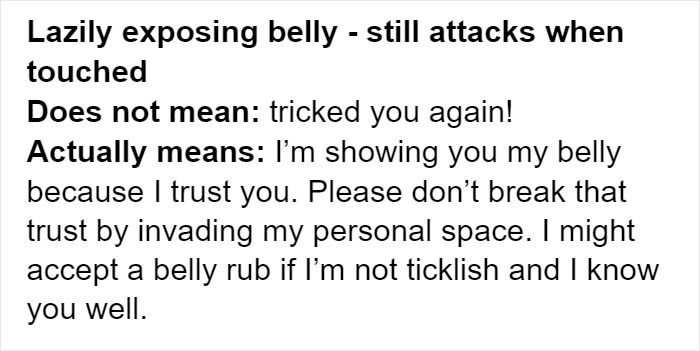 Especially if the cat doesn’t trust you implicitly.

There is also the fact that they are not always in the mood.

Cats are completely different from dogs.

So they are not planning something when they stare at you.

Neither do they want to scare you.

If you want a species that acts like dogs, get a dog.

It is paramount that we understand a cat’s behavior.

While every cat is different.

There are some common things shared with most cats.

And here is an example of two friends.

Just because they are beside you doesn’t mean they want to snuggle.

It just means they trust you. 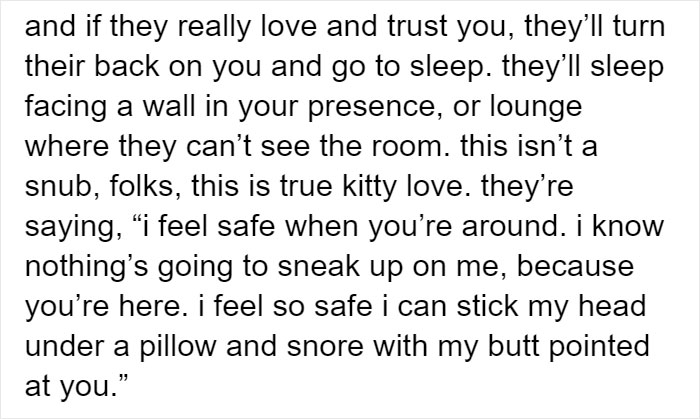 Cats are majestic creatures and they require completely different care than dogs. Not only do they not like to be trained, but they also don’t like “working” for their things. However, at the end of the day, each and every cat exhibits wildly different behaviors. So to provide your cat with the best care possible, it is imperative to watch and learn what they like and do not like. With time and effort, you will be able to garner your cat’s love. Everything takes trial and error.

And as it turns out, most cats are fascinated with us.

So we have to do our part in understanding them.

It will take time to learn to adapt to your cat.

But it is quite worth it in the end.

So just pay attention to them and learn what they like. 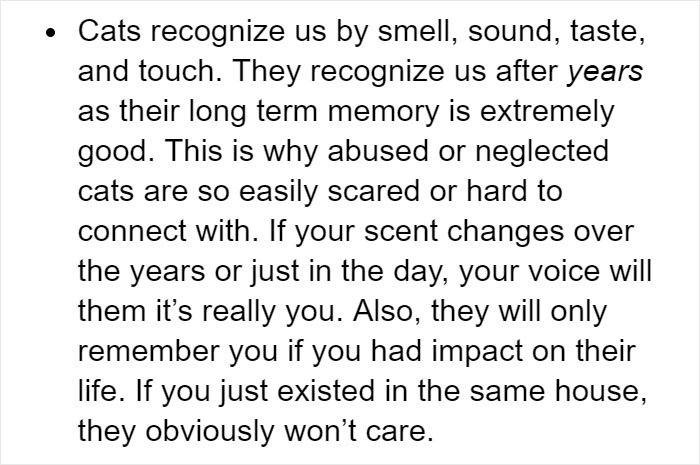 It is not that hard once you get used to it. 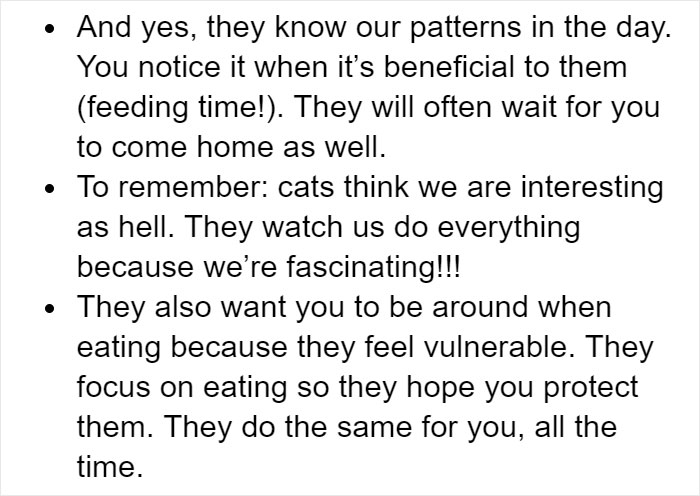 And your cat will thank you for it.

Dogs are lovable but so are cats.

Just treat them as different creatures and everything will be fine.

Did you learn something new by reading this? If so, what are your thoughts on cats now? Do you still believe they are evil? Comment down below and let us know.