Imagine a cat bringing money for you!

Wait, what? Sounds too good to be true, right? But wait till you hear this out. First things first, we absolutely adore cats and their mysterious personalities. We have always been told that cats are great hunters who can help us in hunting down domestic pests and rodents. But not every cat can do that. Some of the cats are just too scared of the mice or other animals. However, that does not mean they do not possess any talents. Maybe a cat can earn a better sum of money than you by just being lazy and adorable (we know, we want to be a cat too).

Anyways, this is a story of an adorable cat who was adopted by a guy, who happens to be the owner of a marketing agency named GuRuStu in Tulsa. Why did they adopt the cat in the first place? No, it was not a part of his marketing strategy but he simply wanted to get rid of mice on his premises and thought it would be a good idea to just get a cat. But what happened afterward, the guy never expected that! Anxious to know what happened? We got your back! Continue to scroll down to read the entire story.

Folks, meet the cat who was supposed to chase away the mice. 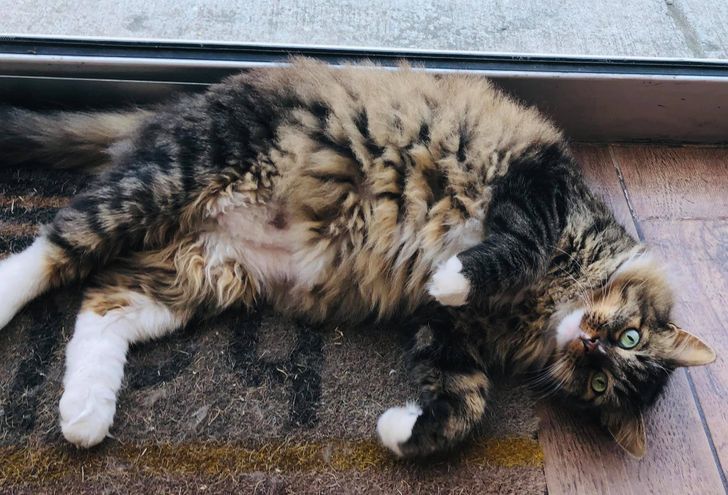 The cat definitely has a unique fur marking and it completely stands out!

Look at him chilling in the window. 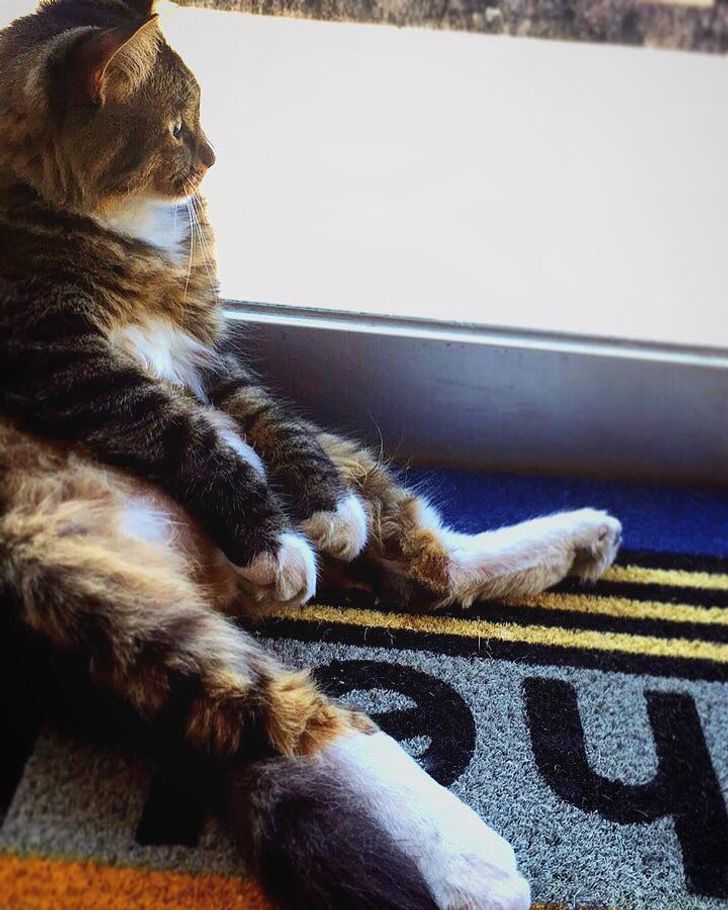 Everything appeared to be normal at first. The kitty just roamed around on the premises, sat in the window and sometimes at the door, and watched people passing by. But things took a twist when the team who was working at the owner’s place, found money on the floor near the door. They couldn’t comprehend where did the money come from and tried to investigate but couldn’t find anything.

Cat be like, how much money do you need, peasant? 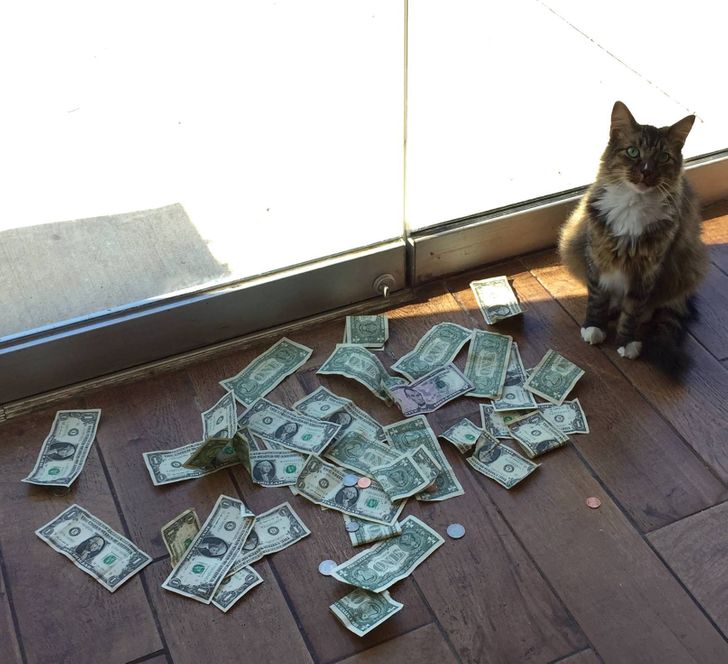 As days passed by, the situation kept on repeating and the team would find money lying on the floor next to the door. Eventually, they came up with a theory that people probably tried to throw money in order to play with the cat. Since the company’s office was situated in the entertainment district, a lot of people would walk past the office door and the cat was mostly caught sitting there. 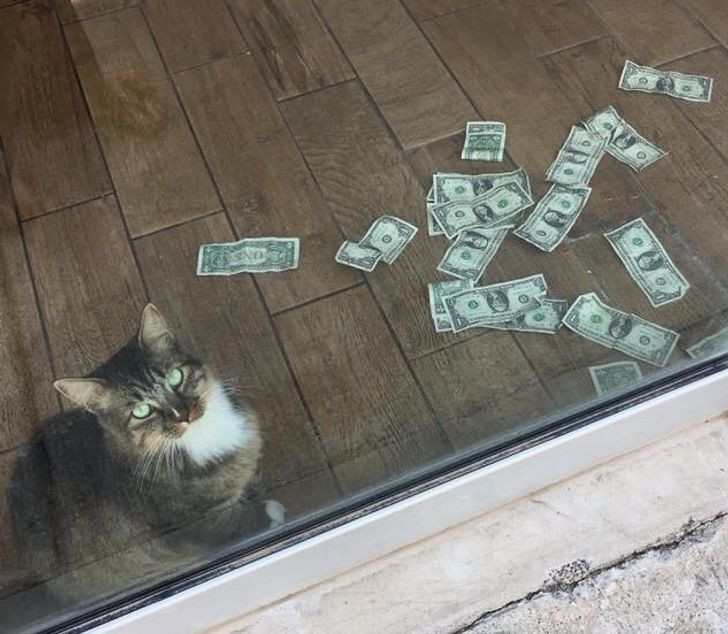 In order to confirm their theory, they decided to test it themselves. So, one of the team members stood outside the door and tried to slide a bill through an empty slot in the door. And as soon as he did, the cat took no time and grabbed it! That’s how they confirmed their suspicion.

Take a look at this video and see how the cat grabs the bill!

As expected, the cat became popular with an unusual talent, and people would deliberately throw money through the door in order to get the attention of the cat or play with it. The team started to find the money frequently by the door and decided to donate that money to a worthy cause. So, they donated the money to a charity which is known by the name of Tulsa Day Center for the Homeless. As the kitty was homeless itself once as well, the team thought it would be best to donate the money to the homeless people. 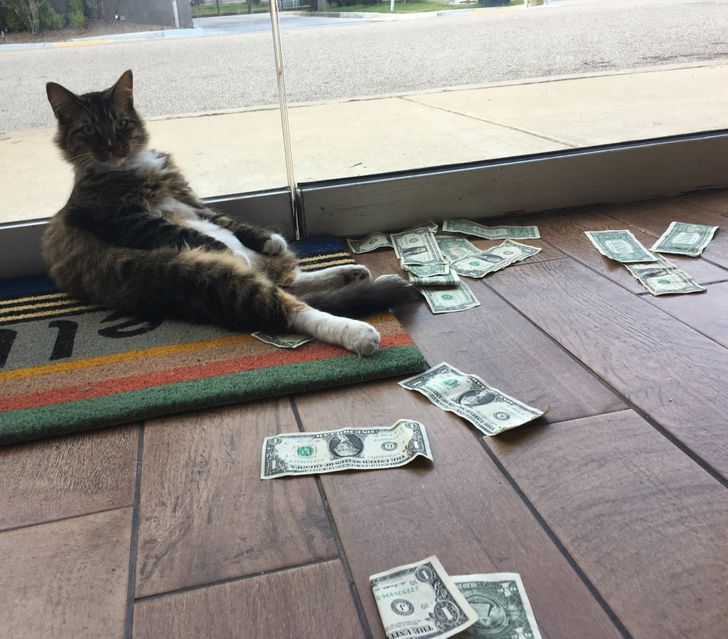 So this adorable kitty got quite famous and the team decided to make a dedicated Facebook page for the cat as well. CASHnip Kitty is the name of the Facebook page and people started to send money to support the beautiful cause! The cat continues to live a happy life while helping people in need. He definitely isn’t an ordinary cat and changes the lives of people for the better! Last but not the least, we’d like to share some wholesome pictures of notes and the money that people donated!

But first, here’s a recent video of the cat’s reaction when this humble guy tried to slide some money!

Someone was too lazy that day! Anyways, let’s go ahead and check out the notes people sent along with the donations. 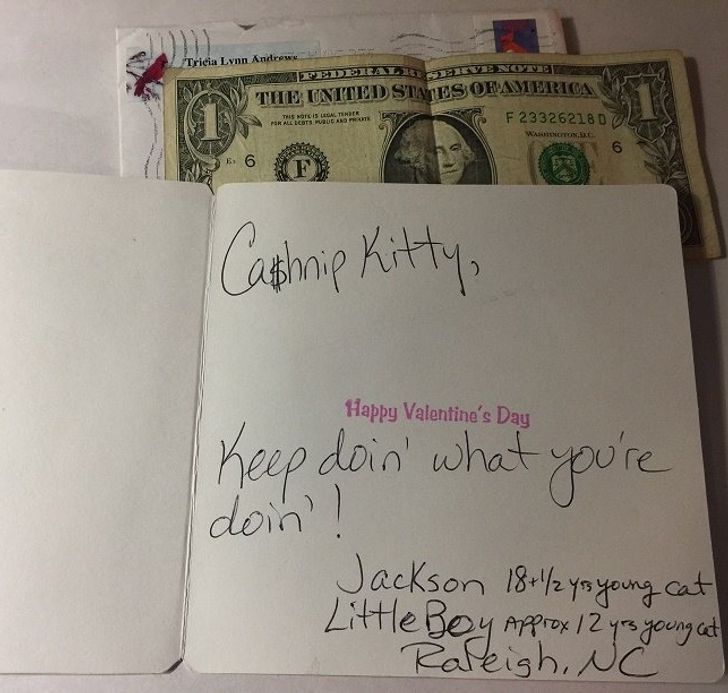 Oh my, look at those cute little faces! 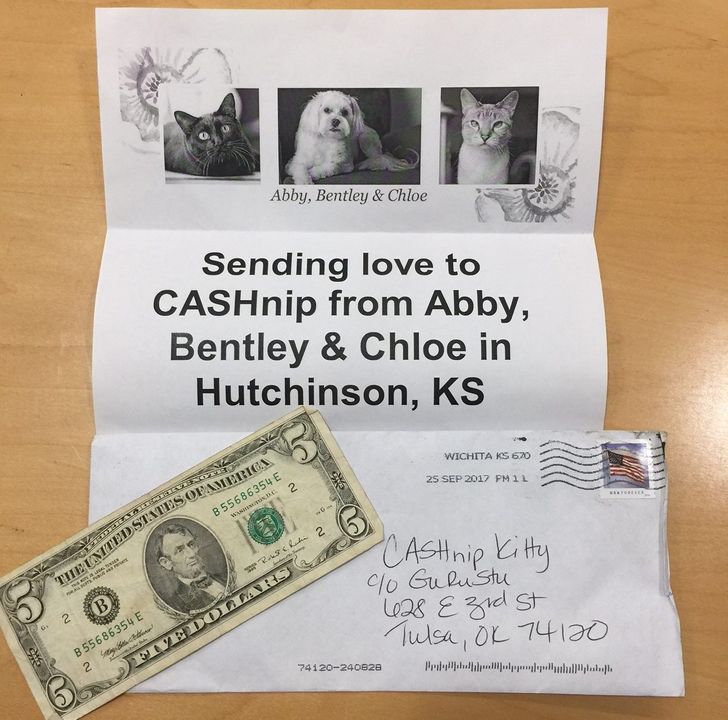 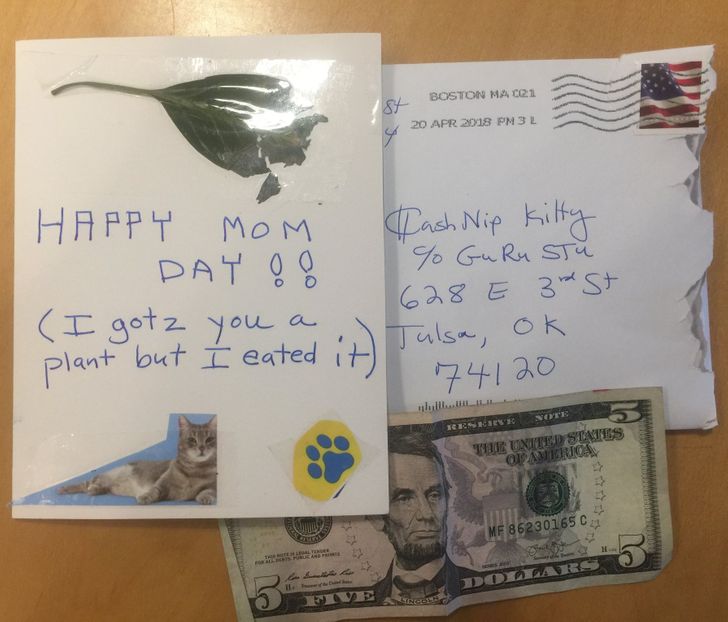 What do you think of this beautiful story? If you ever happen to pass by, would you donate money to this adorable kitty? Let us know your thoughts in the comments below.