Cats can be friends with anything.

We have already seen cats cuddling up with or playing with animals that should be their prey or even the cat’s predators. If you pay enough attention and let the animals interact with each other safely, there is a high chance that they will learn to tolerate each other. However, the following relationship is more than just tolerating as the otter and the cat have become great friends together and even like to cuddle.

The name of the otter is Sakura and the kitty goes by the name Mochi. They are just as adorable as the names would suggest. You can also probably guess that they live in Japan by their names. And not only that, but both of them have gone viral on several social media platforms. Their human loves to post about them on Youtube and, there are whole videos of them just playing together which are always worth a watch.

The kitty’s name is Mochi. 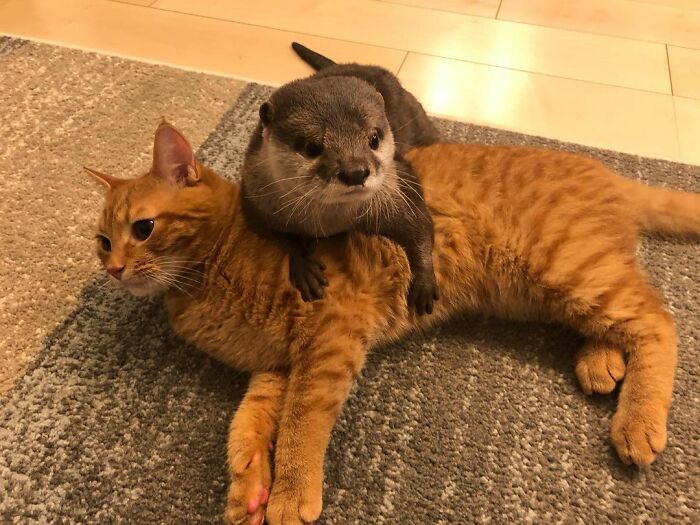 And the happy otter is known as Sakura. 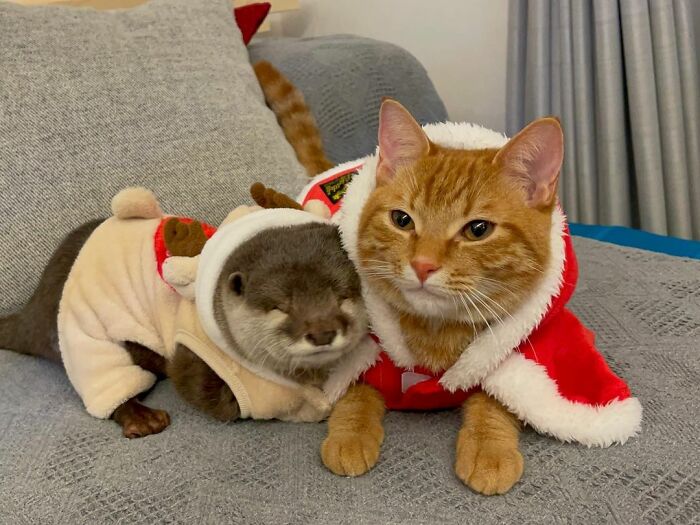 Anyone can see the love they have for each other. 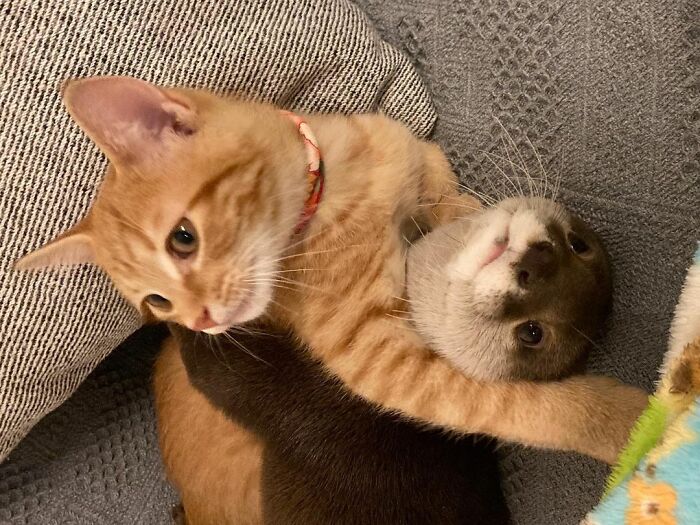 This might seem weird to some as we always think of cats as the predator. However, according to research, sometimes an otter can harm a cat and vice versa. So this friendship is very weird in the first place. Not only that, but sometimes wild cats carry a parasite that is not harmful to the cat themselves but can end a sea otter’s life. So the above relationship is not a normal thing and neither should it be.

And it is clearly not just for show. 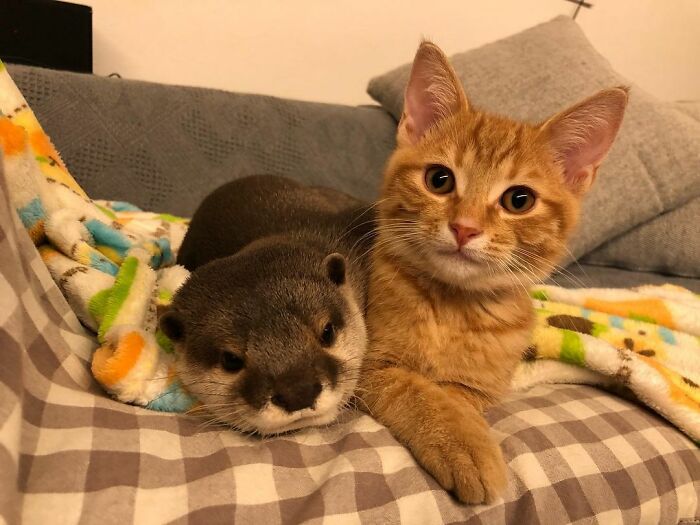 There are many videos on the Internet where they are cuddling. 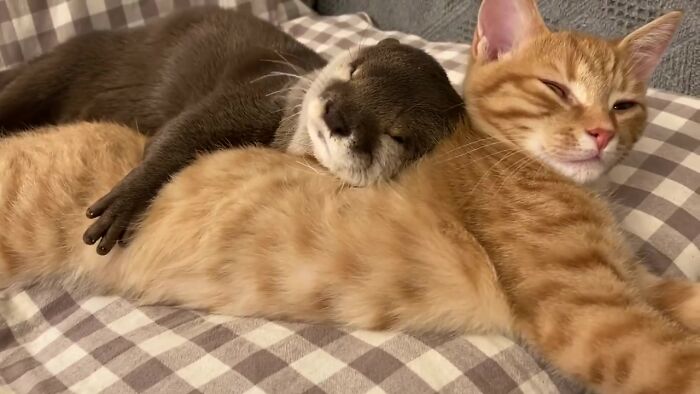 They even sleep together most of the time. 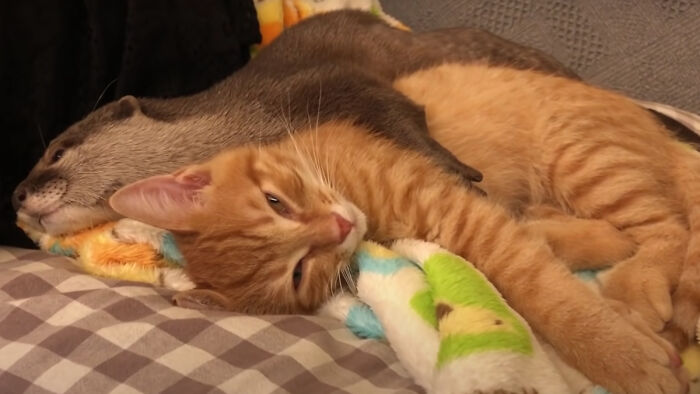 This is a highly unlikely friendship. 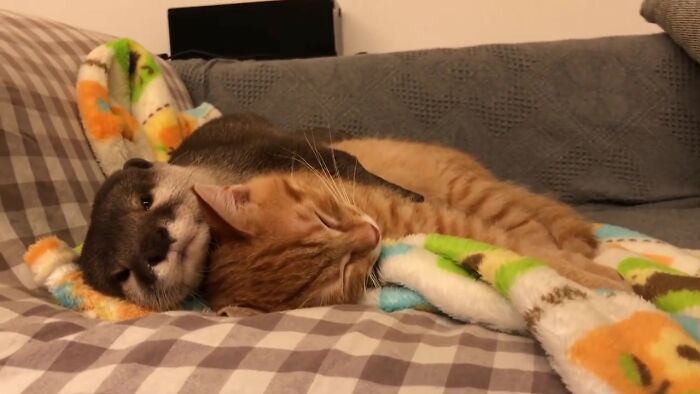 But as always, friendship knows no bounds. 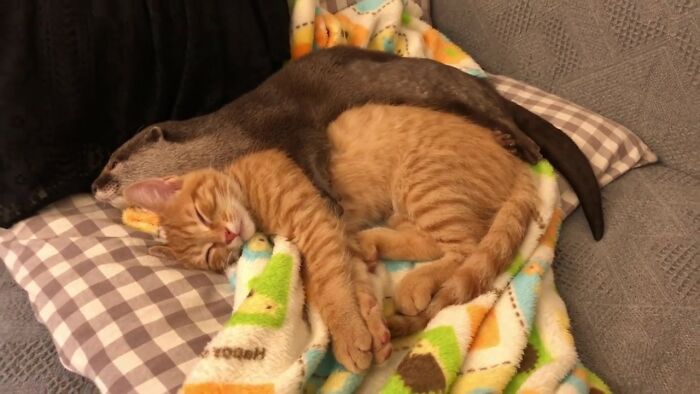 This may make you want an otter as a pet but if you live in the USA, you’re out of luck as it is illegal to own an otter in most of the states. Actually, in most countries, this is the case. So read up on the law before deciding to get one.

And most people love the duo as well which you can see in these comments.

And the duo is the perfect match from what I can see.

Some want the otter to be free, not be cooped up in a room.

But we don’t know the whole story.

What do you think about this dynamic pair? Would you ever even think of getting an otter? Or do you think they should not be kept as pets? Comment down below and let us know. Don’t forget to share with your friends so they can see this beautiful friendship as well.