All cats deserve to be loved.

Even though cats may seem like very independent animals, they still need a loving family and a forever home. Since cats have a bad reputation for being “jerks”, a lot of people take them for granted. Cats aren’t jerks. They are actually sweethearts that will love you till their last breath. Just because cats have a different way of expressing their love, doesn’t mean they are incapable of showing affection. People need to understand cats before adopting one. All cats do not have the same type of personality. Yes, cats are more independent than other types of pets such as dogs. You don’t have to take them out on walks and look after them 24/7 as they like having space for themselves. But people completely underestimate the care that they need just because they seem “independent.”

Do not adopt a cat if you are not willing to fully take up the responsibility. Cats need to be looked after, fed, and also loved. Every cat is different. Some are more playful than others, some are lazy, and some enjoy cuddling with their owners. This cat named Jacques was returned to the shelter after being adopted because he was “too cuddly.” Unbelievable, right? Read his entire story down below:

This is Jacques, the 3-year-old ginger cat that loves to cuddle. 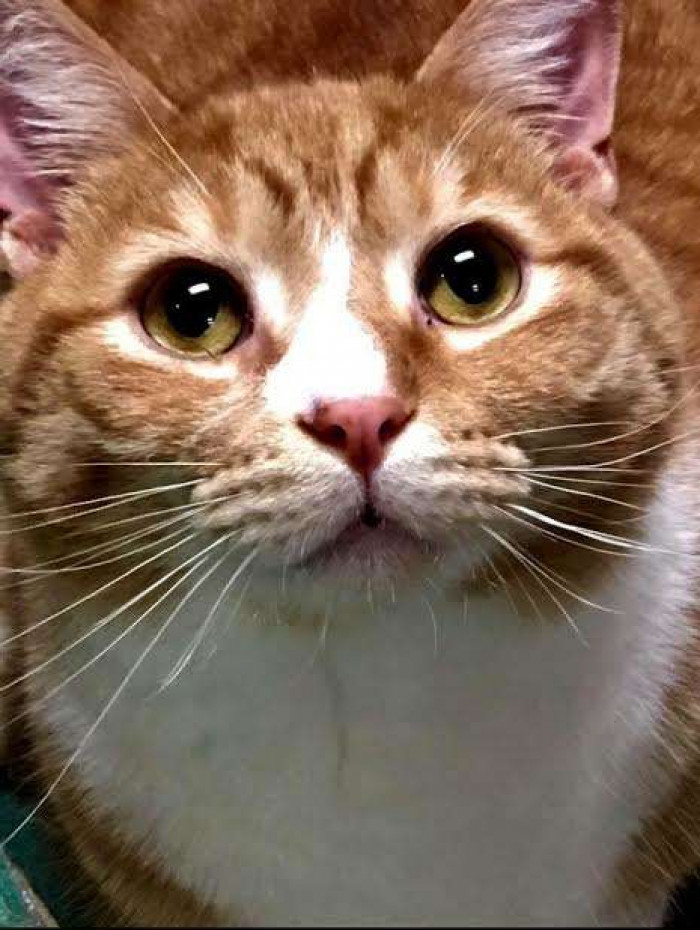 When Jacque was 7 months old, he was given to a shelter because his owner was moving and didn’t want to take him with them. The owner and president of Michigan Cat Rescue, Nancy Hutchinson, told The Dodo that Jacques “was found in a house that was foreclosed upon. The person who owned him left him there and didn’t care.” He had been abandoned in the house without any help. “He was found by the realtor and brought into the shelter. This happens quite often, sadly,” told Hutchinson. 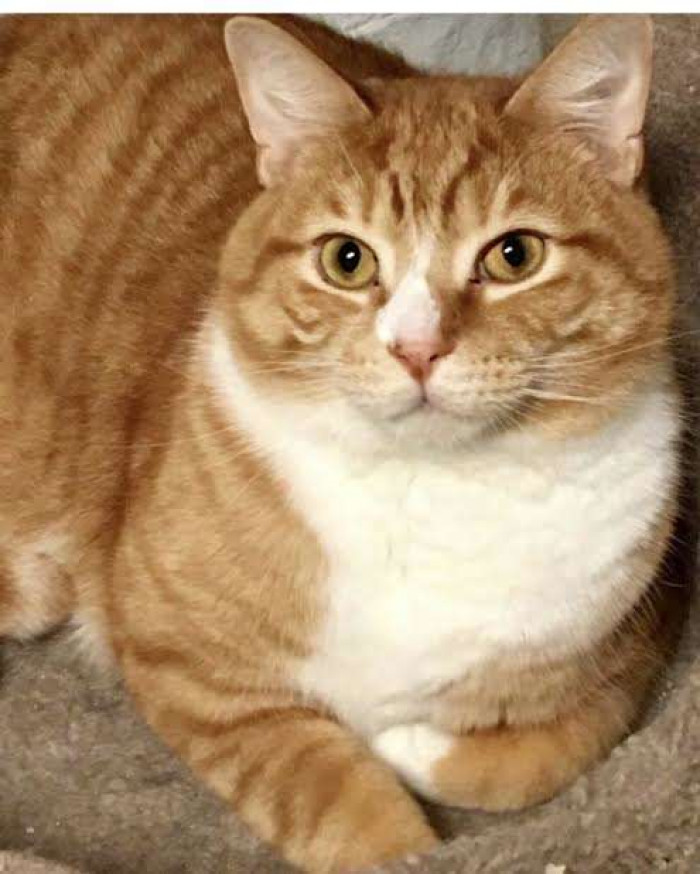 Jacque was taken to the overcrowded shelter and was added to the euthanasia list. Hutchison went to the shelter one day where she saw Jacques. Jacques immediately sat in her lap and started cuddling her. Hutchison felt bad for Jacques and took him to her cat rescue shelter, Michigan Cat Rescue. Jacques was introduced to the public as a “lap cat” and soon after, he was adopted by a woman.

However, he was soon returned to the shelter.

“After about a year, she said she didn’t want him anymore,” Hutchinson expressed her sorrow. “She said, ‘He’s constantly trying to sit in my lap– I just can’t stand it anymore. I’ll have to return him to you. This is not what I signed up for.'” Jacques was badly impacted by the rejection. He stopped eating for a few days and fell ill. This was when the shelter decided that Jacques needs a better home. 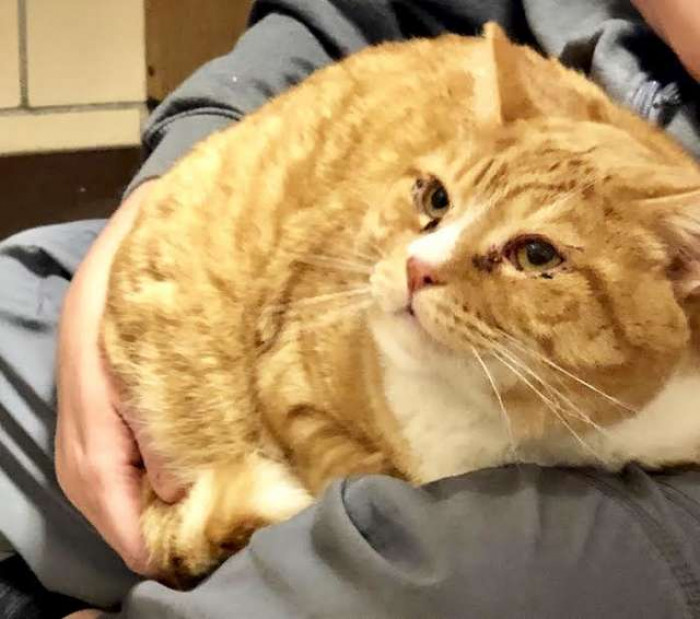 After receiving a lot of applications, Jacques was finally adopted by Liz Myzuik and her husband.

They immediately fell in love with Jacques when they saw him. The lovely couple gave Jacques a forever home and named him Giuseppe. Hutchison was finally relieved and happy to see Jacques find a forever home. “We were so upset when he was returned to us by his owner. I was just so heartbroken for him, and I can tell that it hurt him as well. So to find him the perfect him is just a beautiful, beautiful thing. It makes me cry because that’s why we do all of this, and that’s why we struggle every day just to save their lives so they have good happy lives.” 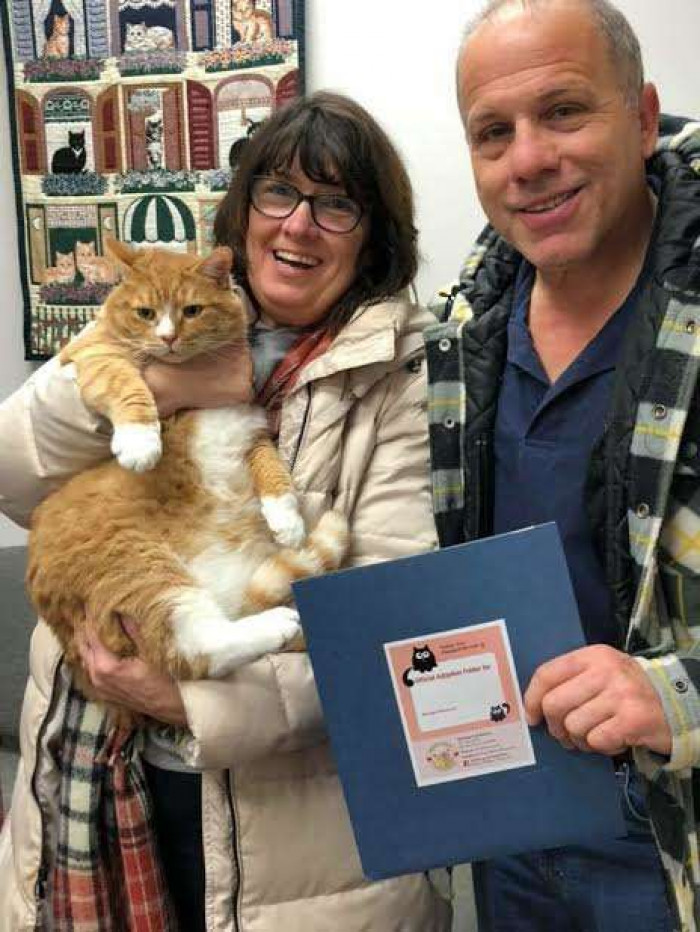 What do you think about this sad story with a happy ending? Share your thoughts with us in the comments below!