Cats have their own uniques ways to show why they are best.

Yes, it is very true about cats they can be very aggressive at times. They are very moody and those moods swing quicker than the swings that you have in your local park. That was a bad analogy but you get my point. Your cat could be all in for snuggles and hugs one moment, and the very next moment it could be smacking you in the face for giving it its food, not on time. I think we can all agree with the fact that cats can be proper devils at times, breaking your expensive furniture, running around the house like a crazy species, they will do everything to take you right to the edge. But, that’s the thing that attracts cat lovers towards cats the most. They fall in love with this uniqueness and fully realize what they are getting themselves into. Independent cats only live well with independent humans.

Today we are going to look at some devilish acts committed by cats making them the worst roommates to an extent, they end up being the best ones.

1. Everytime he scratches the sofa, he sits on this post announcing his crimes publicly, without any fear. 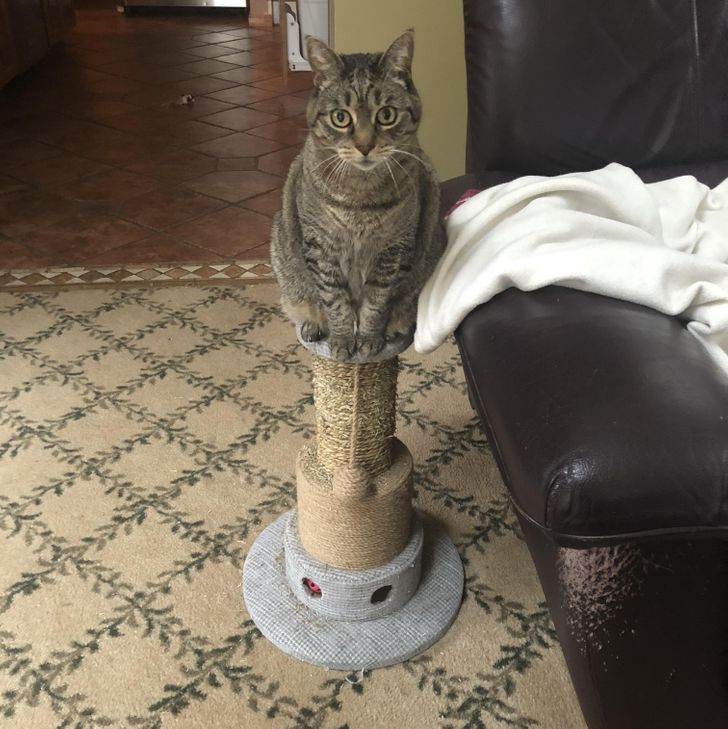 2. Where all logic ends, that is where their logic starts. 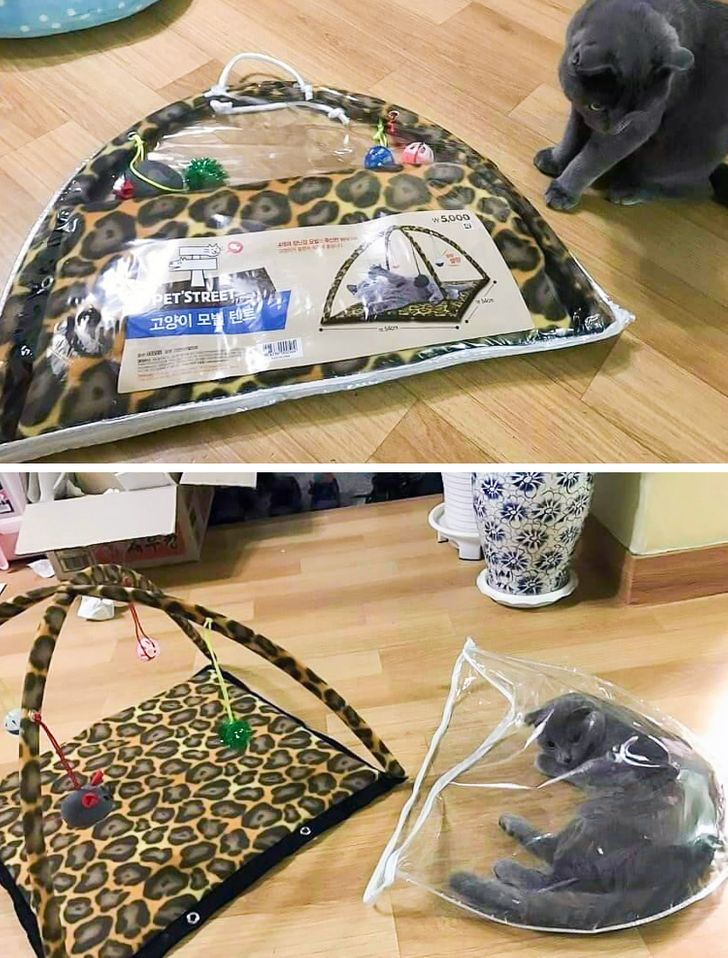 3. This family got into the festive feels and decorated their Christmas tree. 12 hours later, this is how he looks thanks to their cat. 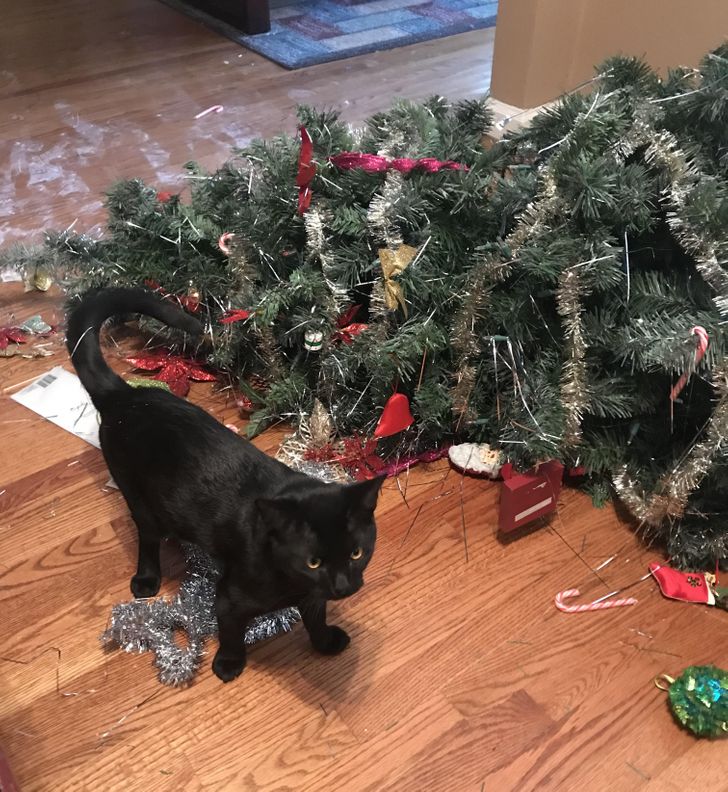 4. She had just taken the cake out of the oven and the cat decided to let everyone know that it helped in the process. 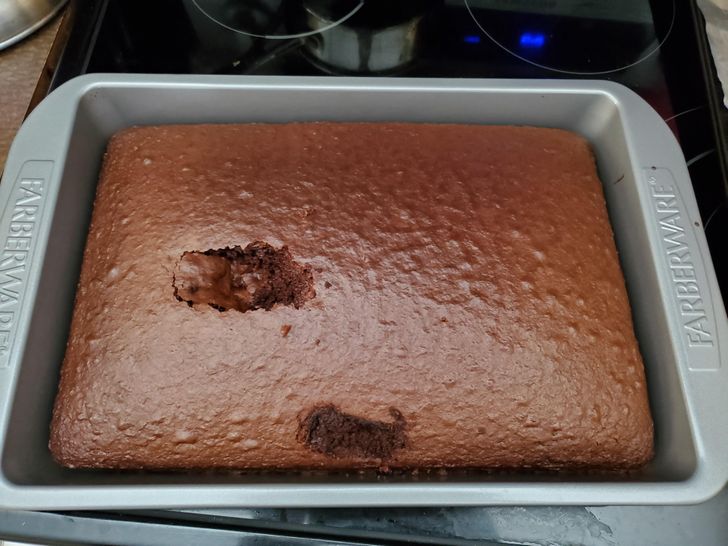 5. Once you adopt a cat, forget about any personal space you had before. 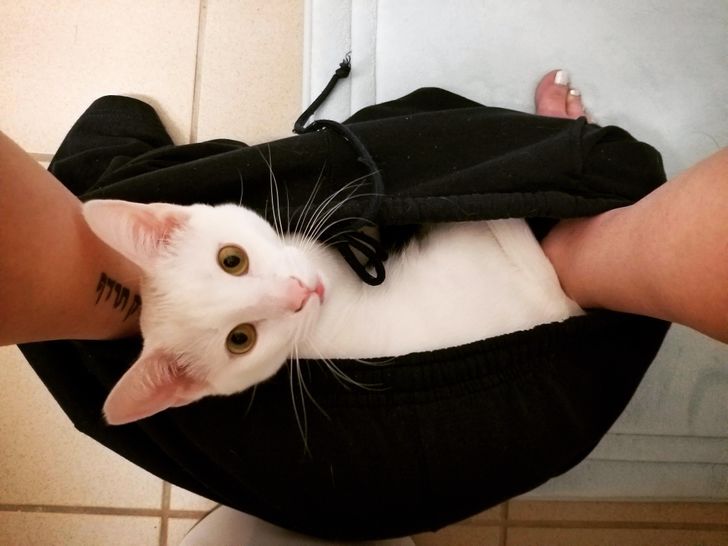 6. He got stuck up there and said nothing. He just wanted his owner to automatically understand that he needs help to get down. 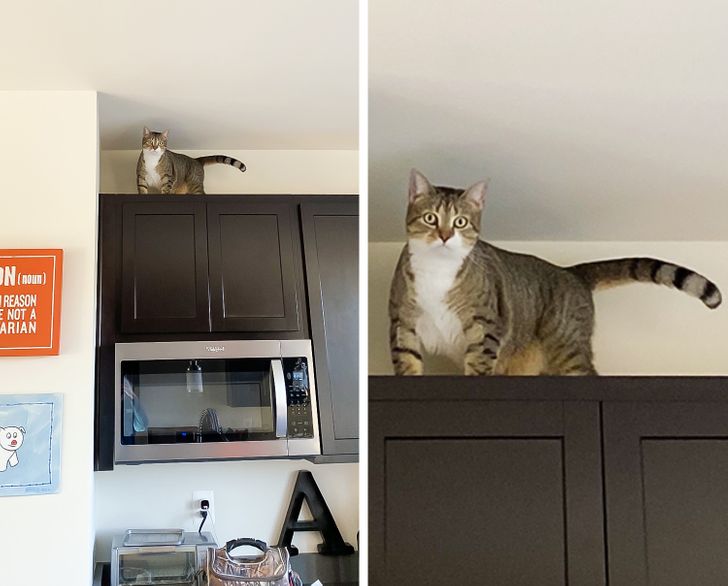 7. You will never poop alone, your cat will always be there to embarrass you. 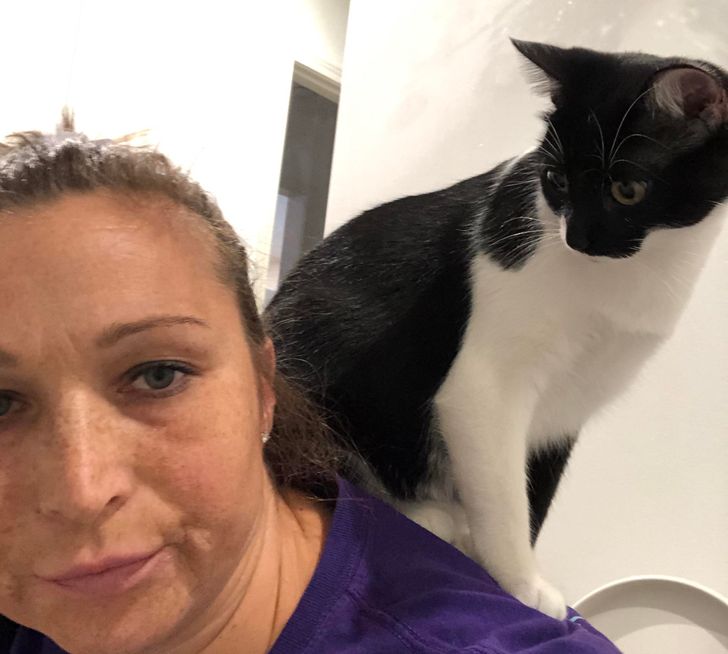 8. And there go the blinds. 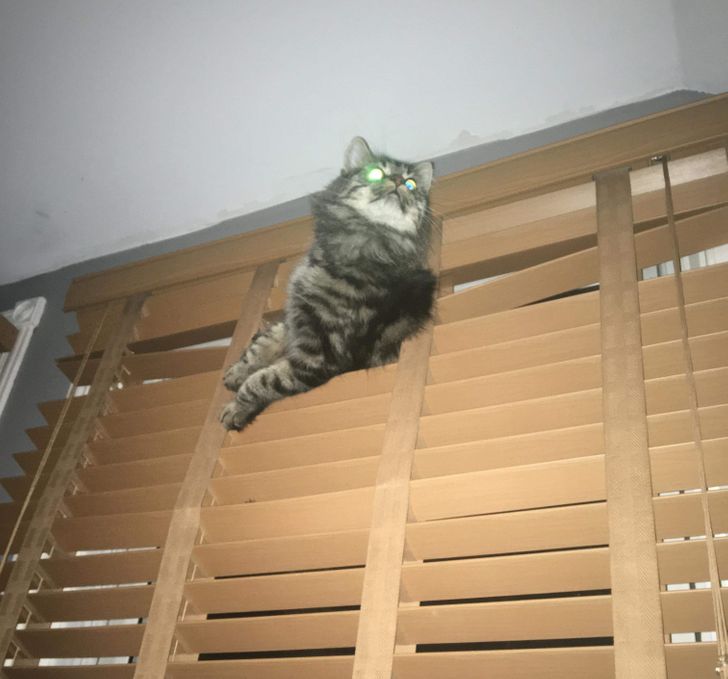 9. Please refrain from purchasing expensive TVs if you have a cat in the house. Or this happens. 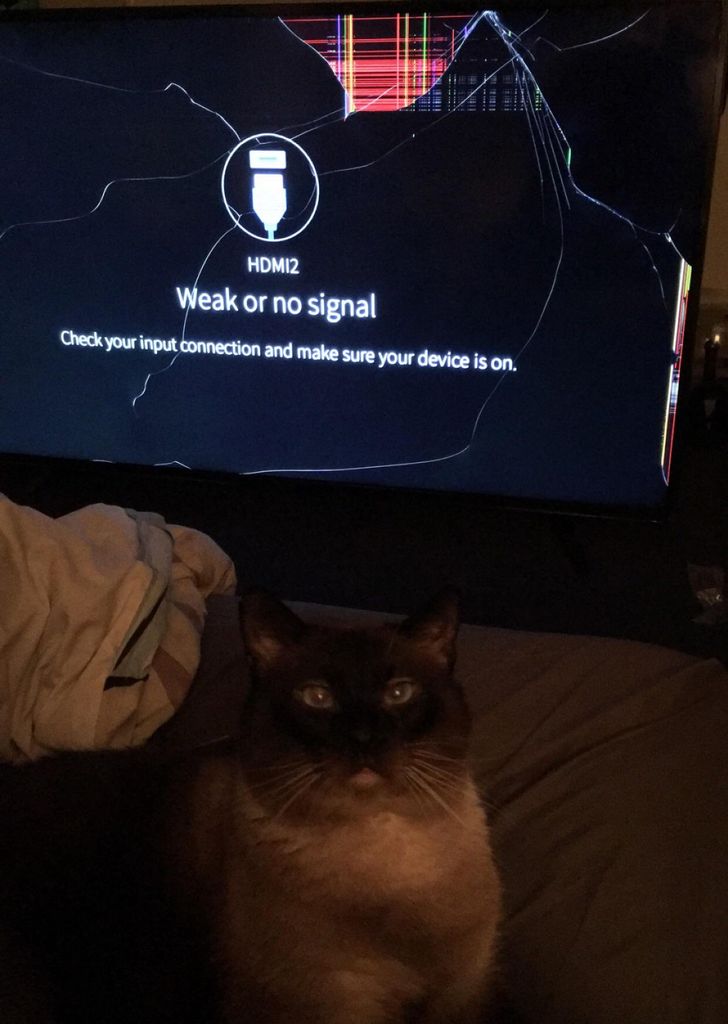 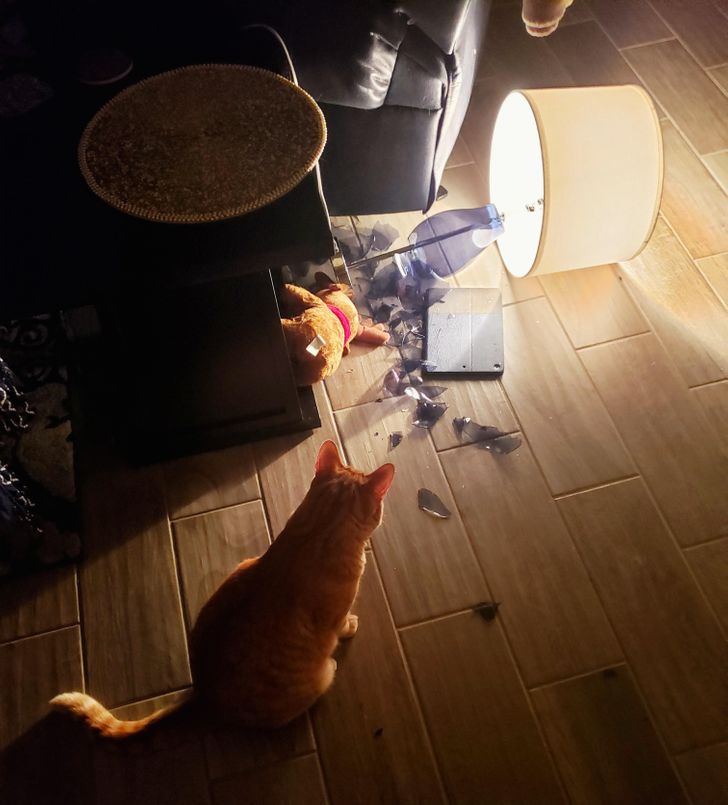 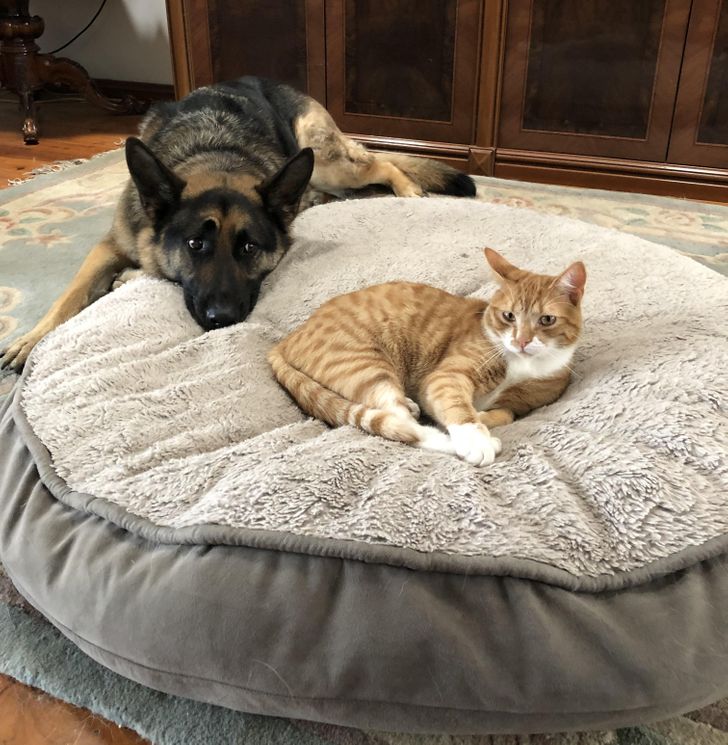 These people have to be credited for the patience they have. Living with cats is not easy but given how big of a devil they can be, they can also be very good companions. So I think it all balances out in the end the beautiful bond continues to get stronger.

12. Nope, you can’t even take a bath in peace anymore. 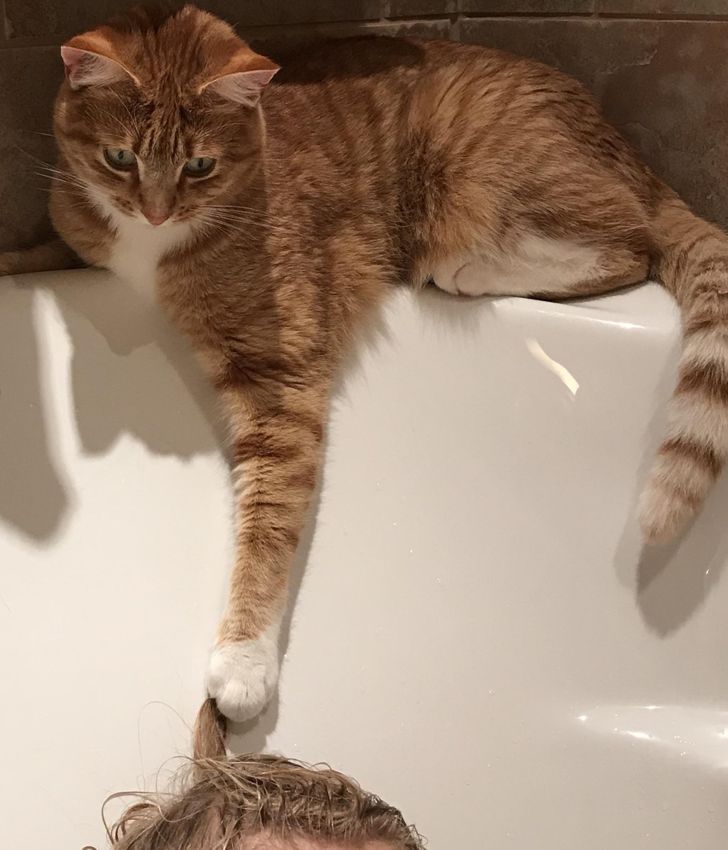 13. When you’re constantly working and not giving the deserved attention to your cat. 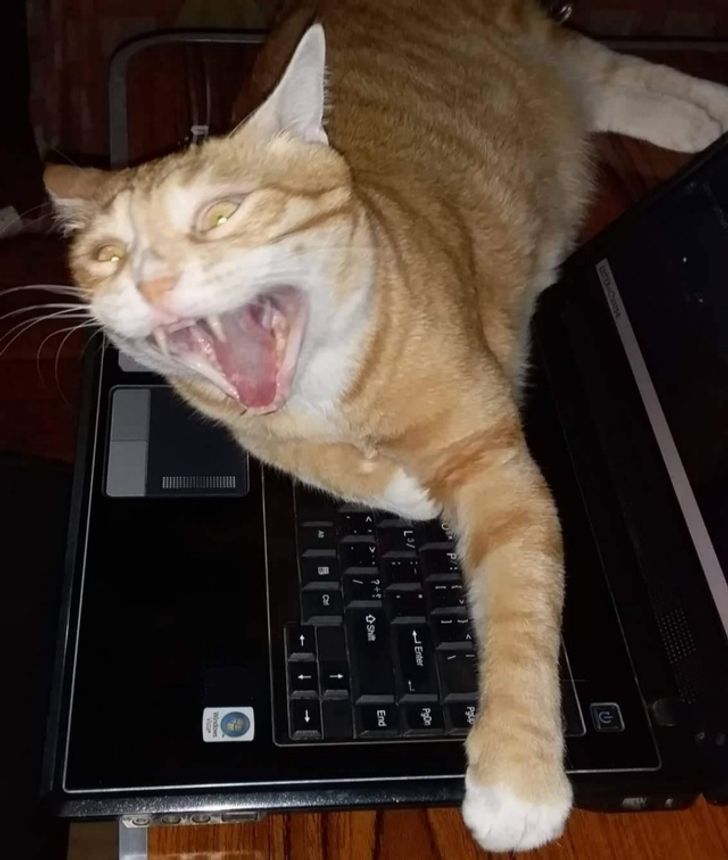 14. Disappointed. You should’ve eaten the mouse to square things off right there. 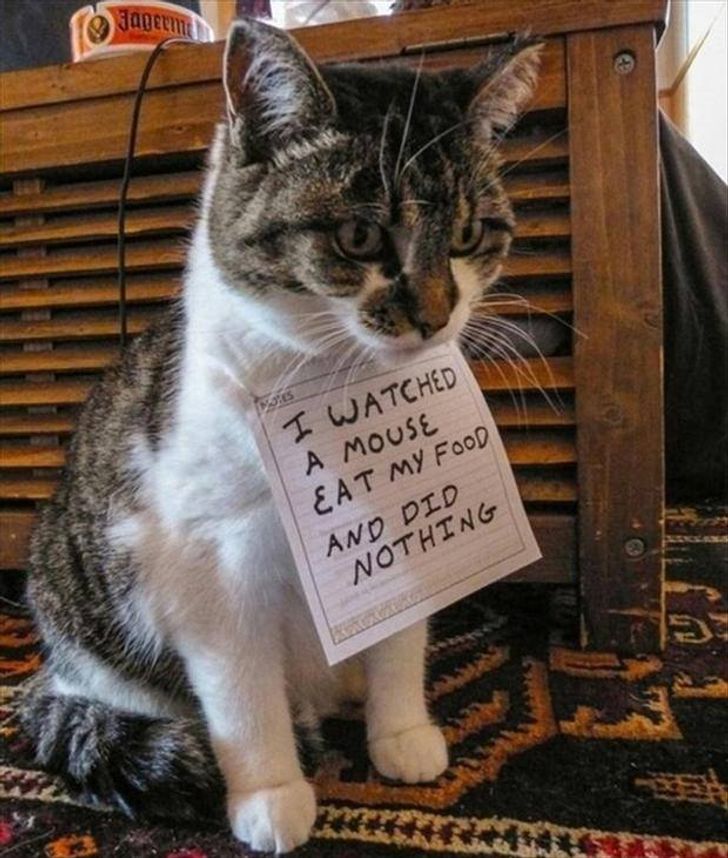 15. They love fitting in boxes, even their uncleaned litter box. 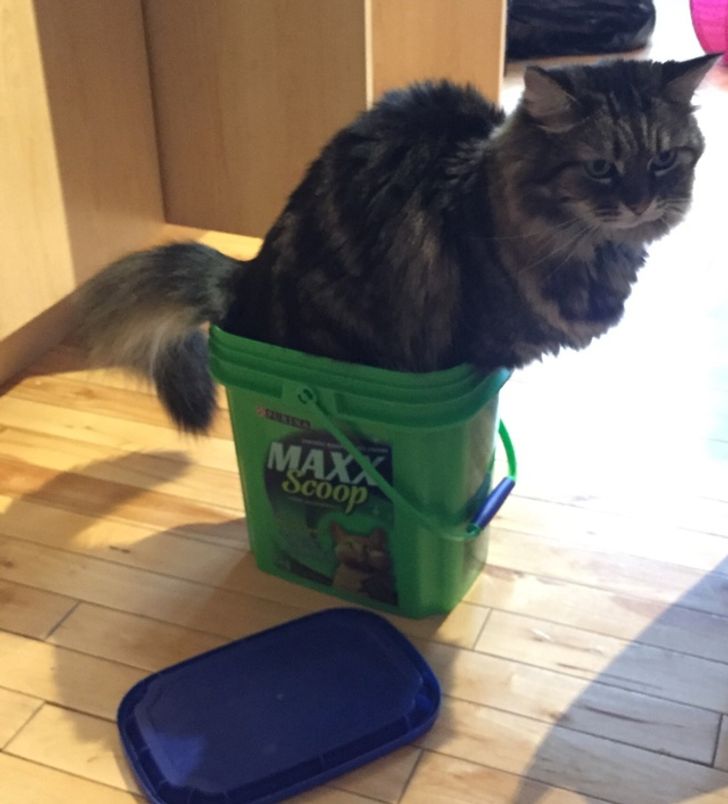 16. Despite telling them to stop playing music, they ignored him. So the cat decided to take matters in its own hands. 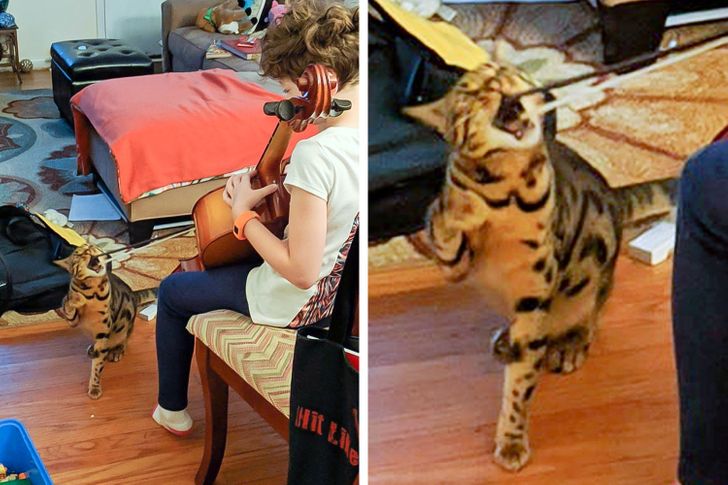 17. Cat owner bought their cat a comfortable new bed and that very day it decided she now loves to chill in an uncomfortable cardboard box. 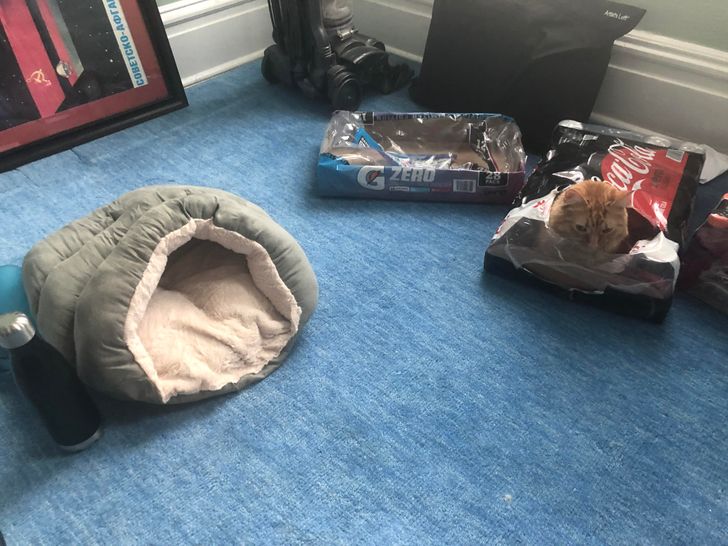 18. Those clothes just came out of the laundry machine. 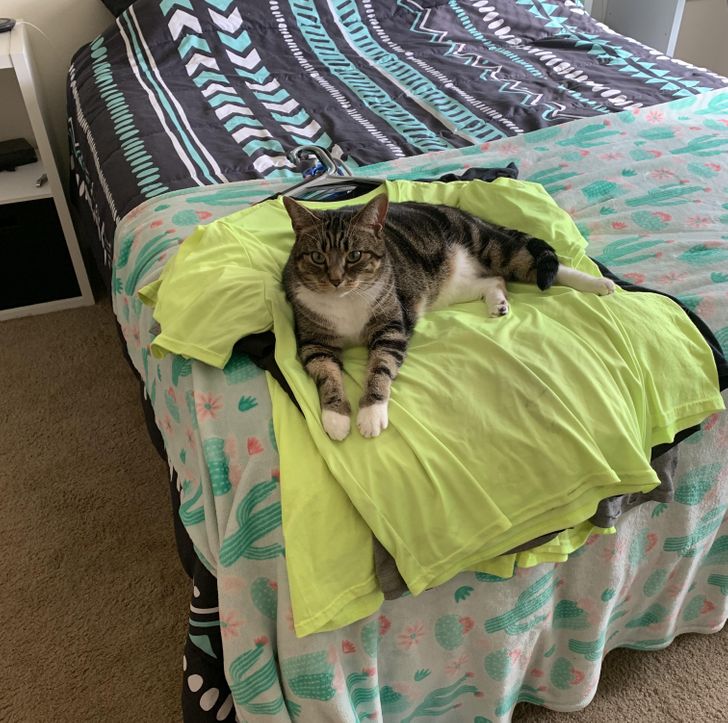 19. No need for alarms anymore when you have a cat. 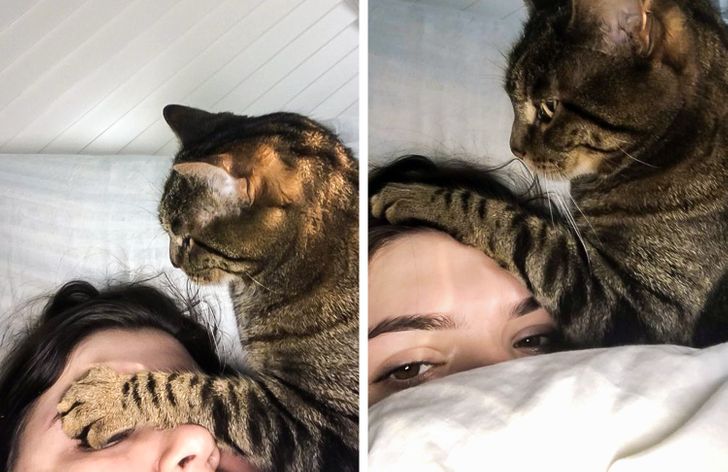 20. He has learned to bang on the doors and that’s how he wakes their toddler up, resultantly waking his owners up. Pure evil. 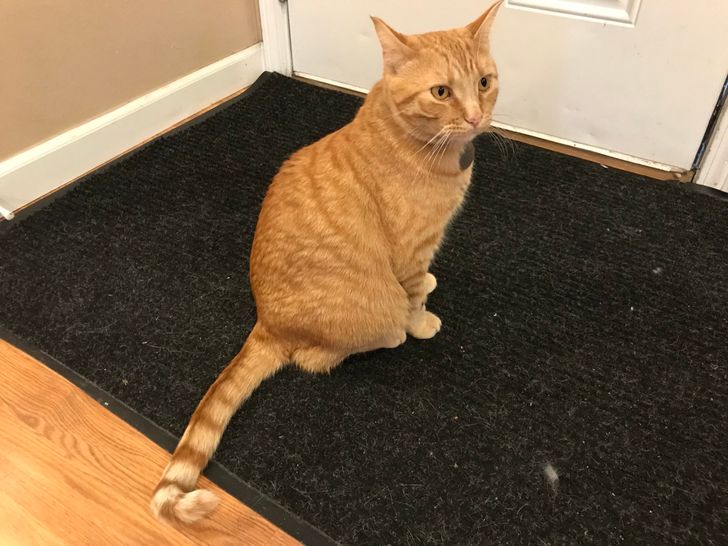 21. The only criteria cats have for sitting is they should fit in there. That’s all. 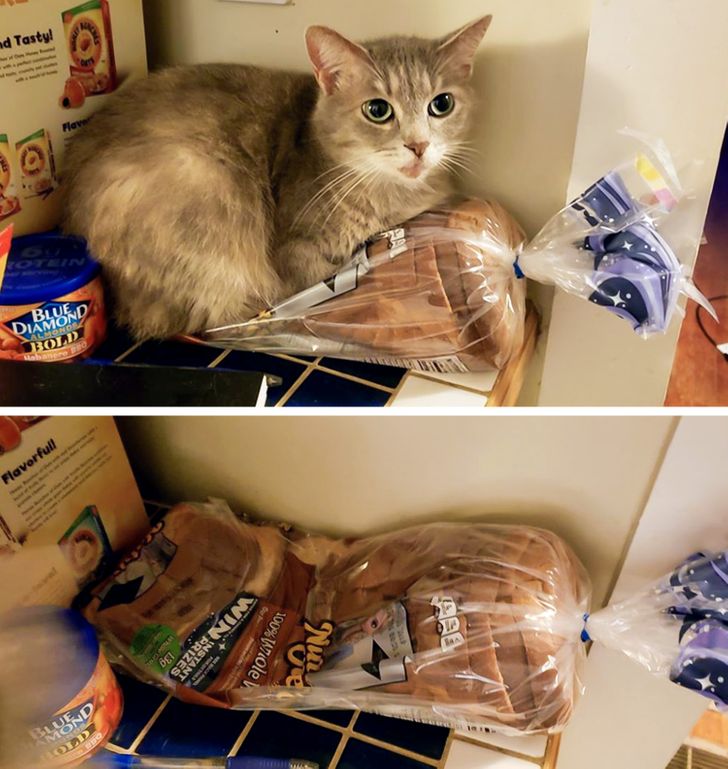 Cats are our favorite entertainers. I really hope you guys enjoyed these hilarious images. Don’t forget to share your thoughts in the comments section down below.