Cats will do whatever they want to do.

Everyone in this world has a unique personality and it is mainly backed by their morals, upbringing, values, and expectations that they have from and towards life. But when we talk about cats, all of them have very similar personalities, unlike dogs whose personalities vary quite a lot from breed to breed. But when we are talking about cats, no matter what breed it is the most common personality trait in all of them will be independence. Cats have a very strong and robust personality and they love to be in charge of everything they are doing, If you plan to adopt a cat, you better know that your animal is going to do whatever it wants to do, there is no sense of control in a relationship with cats.

Now, there are a lot of people who are not fond of the fierceness and the confidence of cats. And that is fair, one should respect everyone’s opinion. There are people who don’t like cats and there also exist people who don’t like, or animals altogether. But cats view this from a different angle. See, if a cat falls in love with you, there is no way in this universe that you won’t fall in love with it because that cat will make you. As I said, cats are very dominant and it is them who adopt people instead of the generic another way around.

Today we are going to look at some stories of people who had no liking for cats but the cats decided to adopt them, and the pair have been living happily since.

Scroll down below to witness pure dominance coupled with wholesomeness.

1. This person got home from work and randomly threw the towel on the floor after washing his face. A cat emerged from under his bed to grab that towel, they have been best buddies ever since. 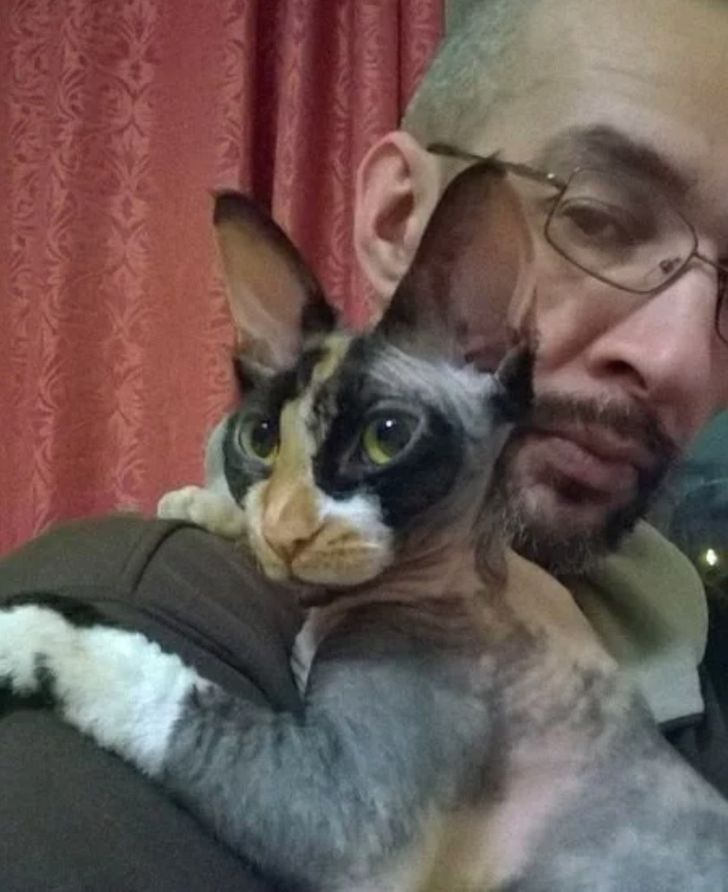 2. This woman got left by her husband so went shopping to deal with the pain, ended up at a cat exhibition where she laid her eyes on one specific cat who kept howling at her. She left home as 1 and came back as 2. 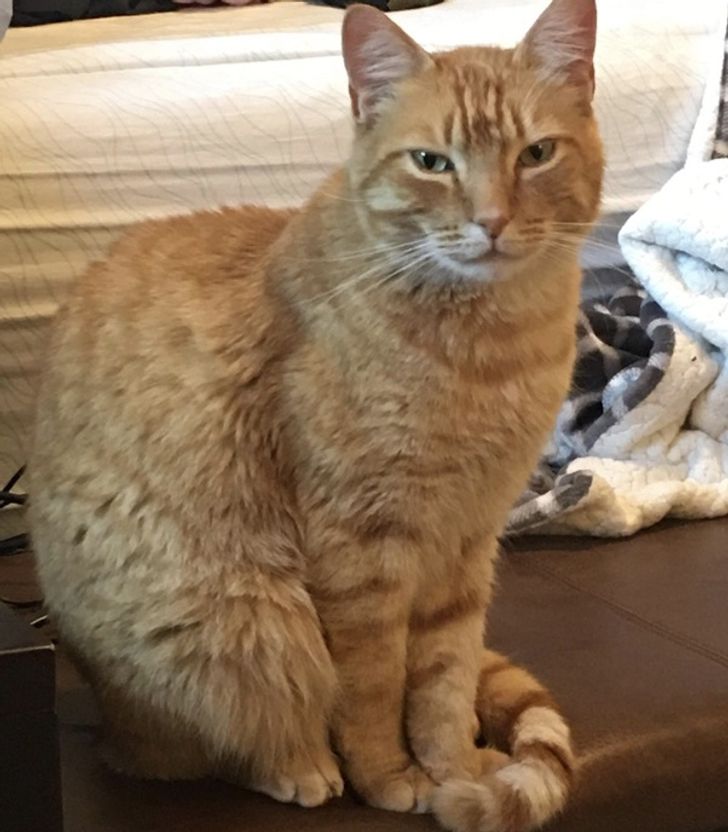 3. A stray cat gave birth and when moving them to a different place, she left one behind. So this person decided to bring it in and adopted it forever and ever. 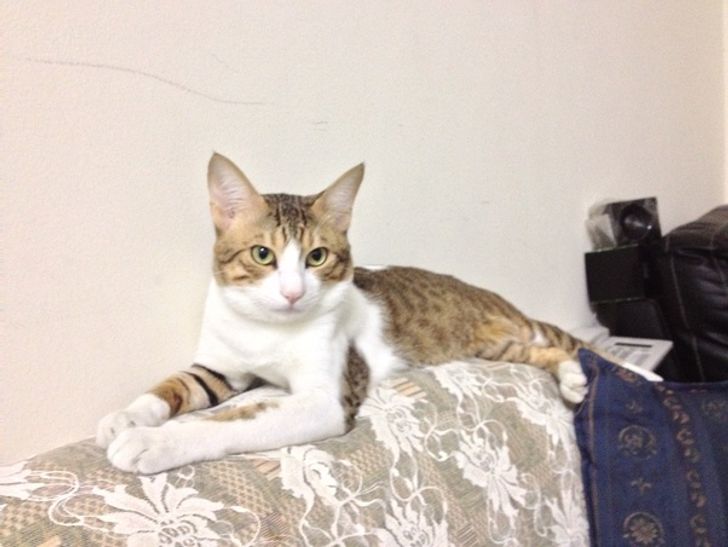 4. This person’s workplace was invaded by this cat who came in and ate all their lunch. That is how a cat adopts a human. 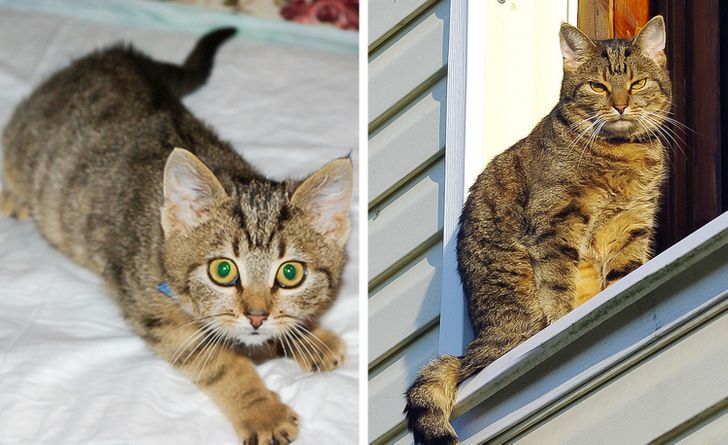 5. This cat jumped a random person on their house balcont, the person have some head rubs in return. No one in the neighborhood owned it, it was a complete stranger so he decided to give it a new forever home. 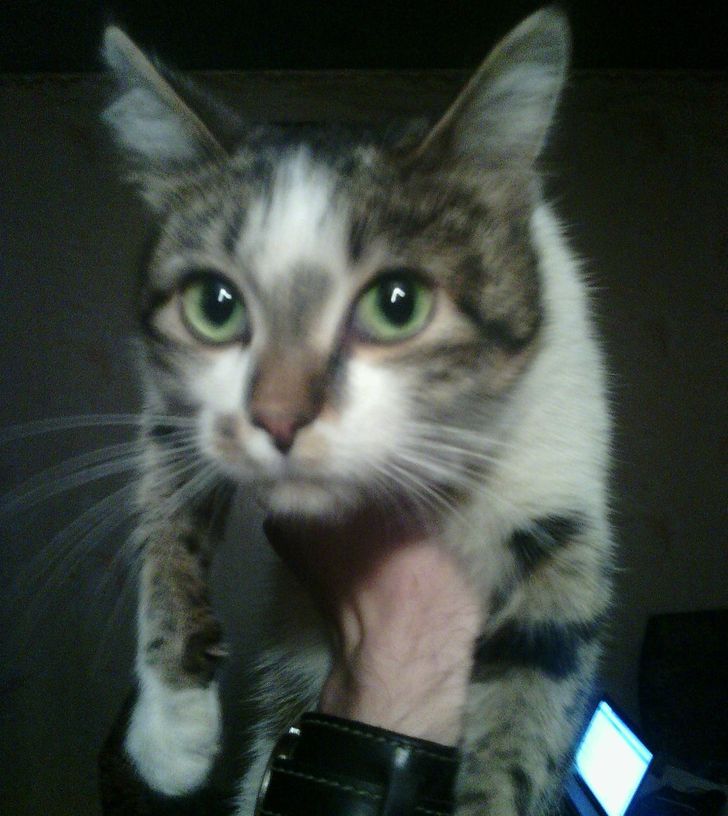 6. Two women brought this adorable cat in to help find a home for her. The person who dealt with him tried his best by asking many people, but ended up adopting it himself. 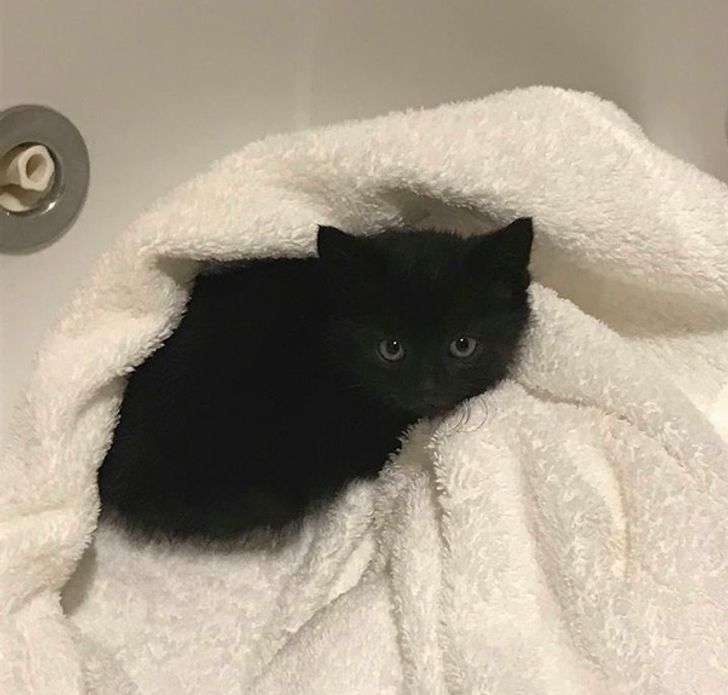 7. Meet Darth Vader. She came to this person with a warning that she will be eaten by dogs if they didn’t take her in. They have been living together ever since. 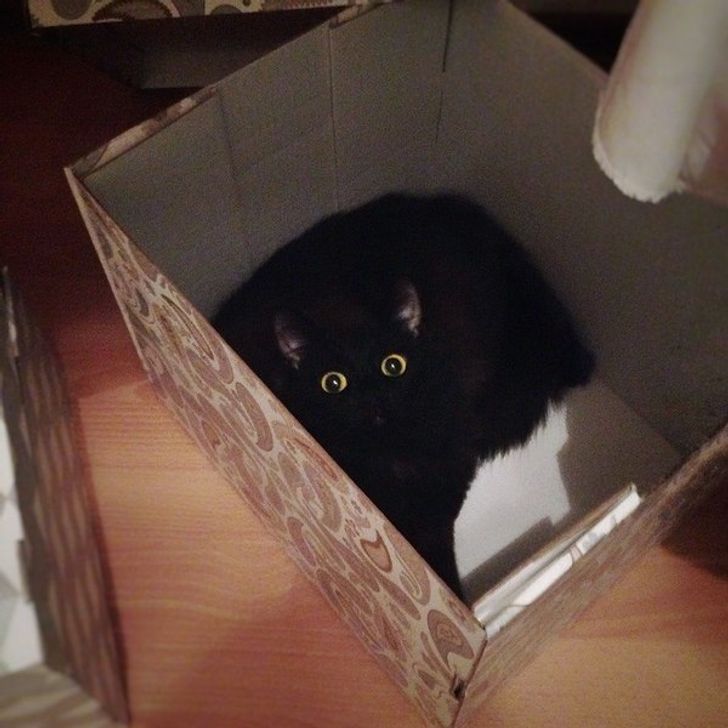 8. A hero bought this cat for $25. She had in a very bad health as her previous owner would feed her very unhealthy things and now she would barely eat anything.

We wish the cat really good health and a prosperous future. 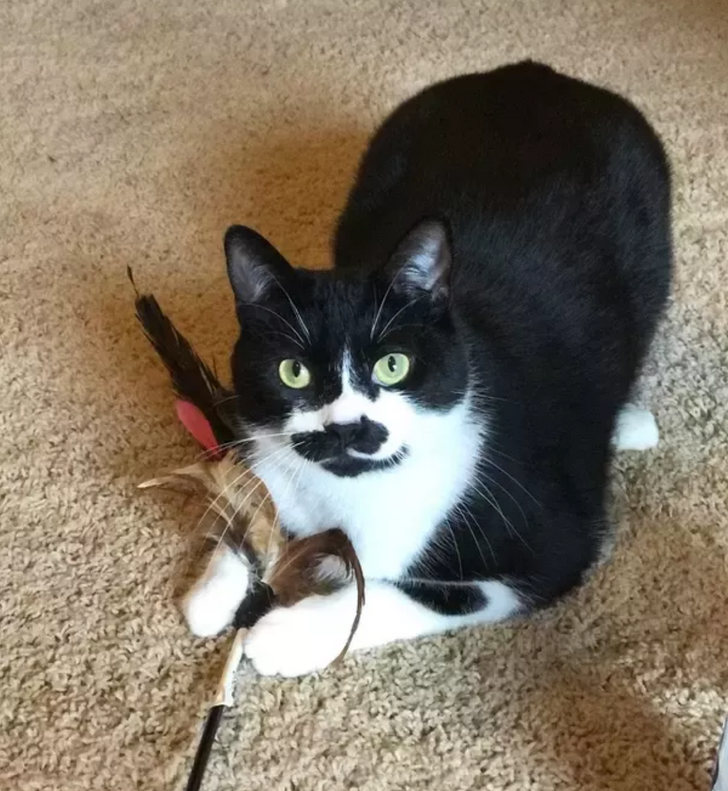 This is so cool if you think about it. These people had no plans of getting a cat and circumstances made them get one. It’s just the cats using their magical powers to enchant all these people into being attracted towards the cats. And that is how cats adopt humans.

Scroll down below to enjoy some more wholesome stories of cats adopting people.

9. This innocent feline was adopted and returned to shelter many times. The shelter had recided to euthanize it, her story was announced on radio. The news reached this superhero who at once went to the said shelter and adopted the cat before any bad deed took place. 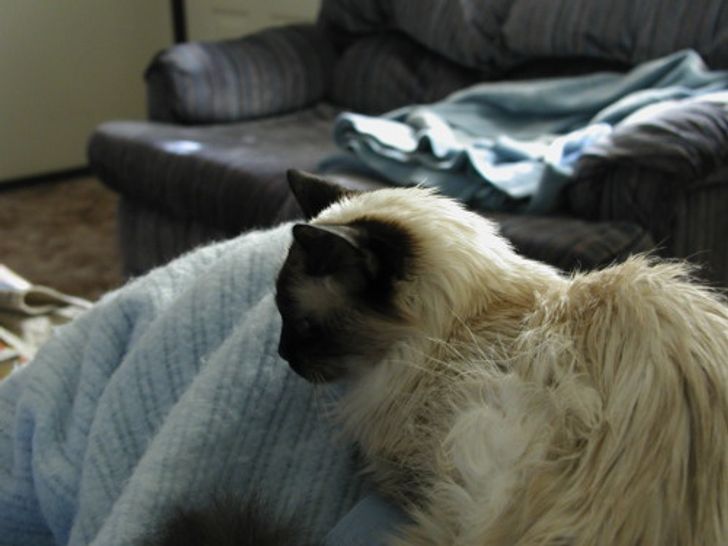 10. After being done with the day’s work, they were walking towards the car to go back home. That is when they found a tiny, cute kitten under the car and instantly connected with it. She is now employed at the office. 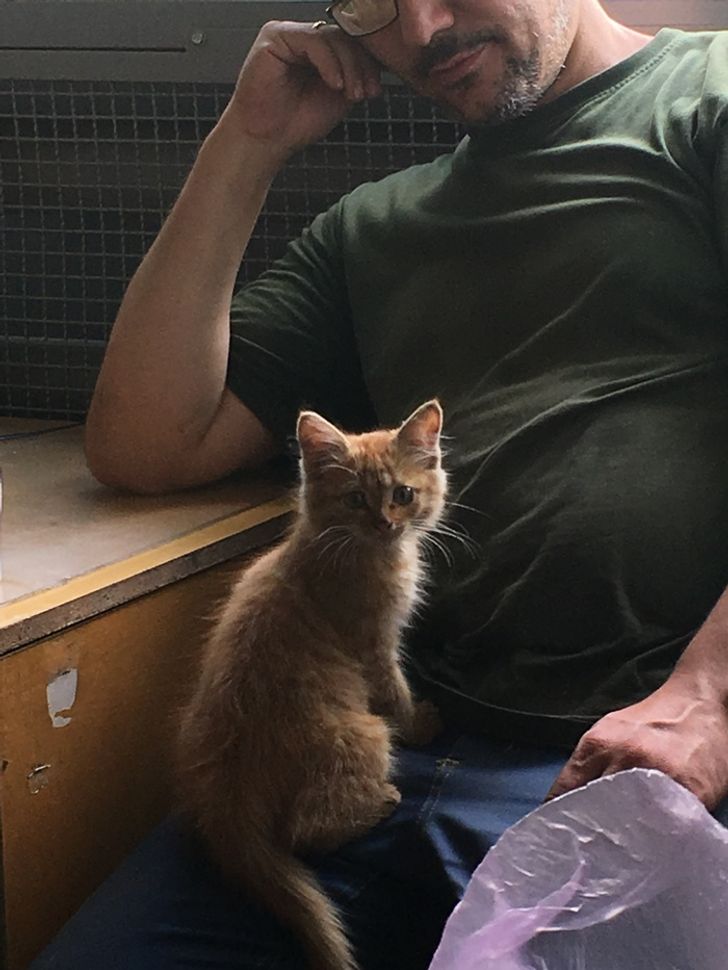 11. They went kayaking and make some new friends there. The friends decided to move in and they are now living happily together. 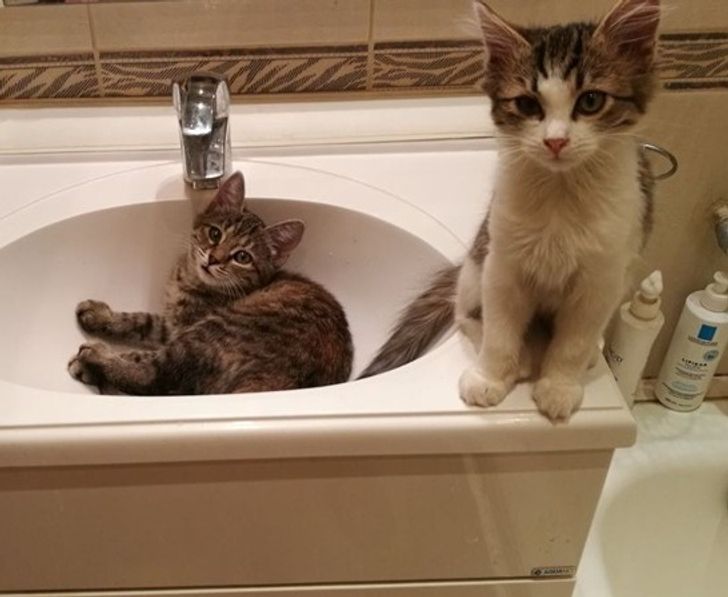 12. This person adopted a black cat who would go crazy about being let out. The owner decided to watch it, one day, and ended up discovering he has made 2 new friends who look just like her. 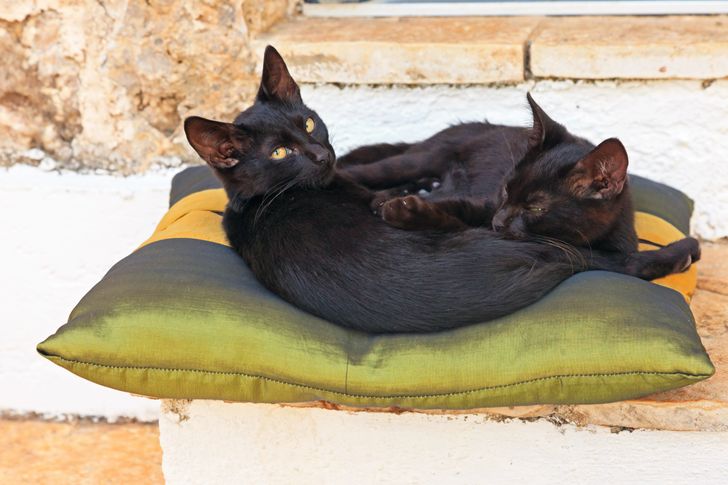 13. This familiy adopted a cat and one day saw it on the main stair way. Thinking he was about to run away, they caught her and just when they re-entered the house, their original cat was chilling right there in the lounge. They decided to keep the new cat and the two cats became friends. 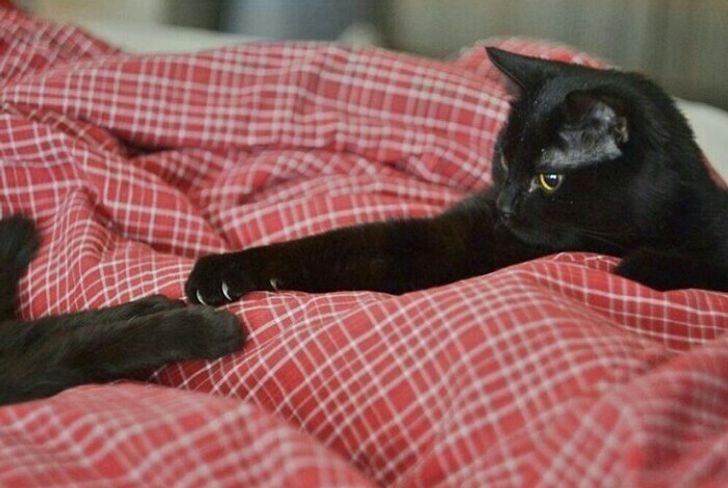 14. This person let a kitten in who was actually a pregnant cat. He now has a cat and baby kittens living at his house. A big, happy family. 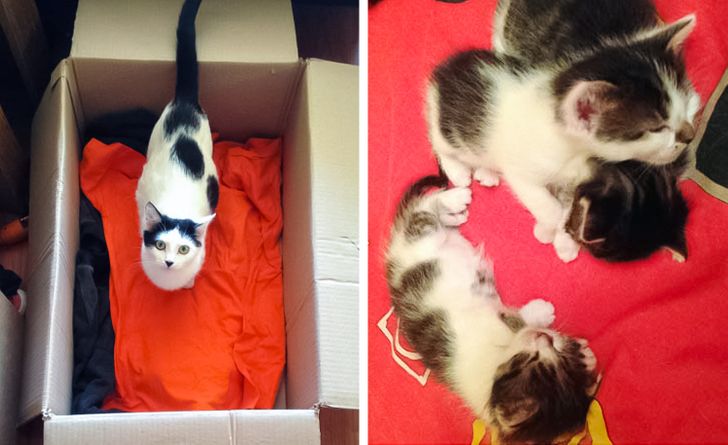 15. They heard a cat meowring one morning. The voices were coming from their sofa so they actually ended up cutting the thing open to find a stranger cat just chilling in there. No idea where it came from. 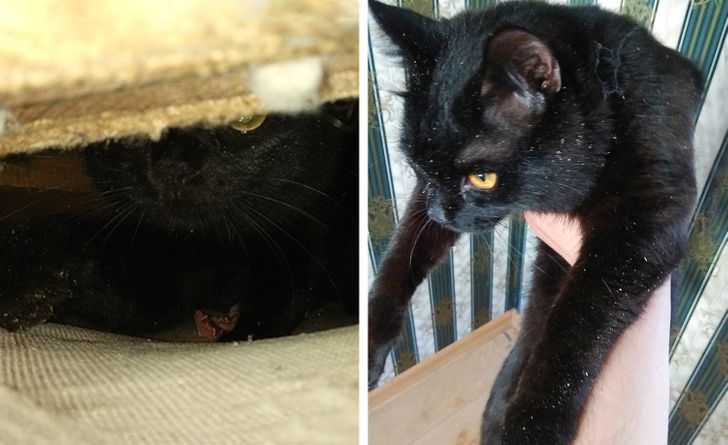 16. This cat popped up infront the person 4 times ina  single day. They took it home on the 4th sight. 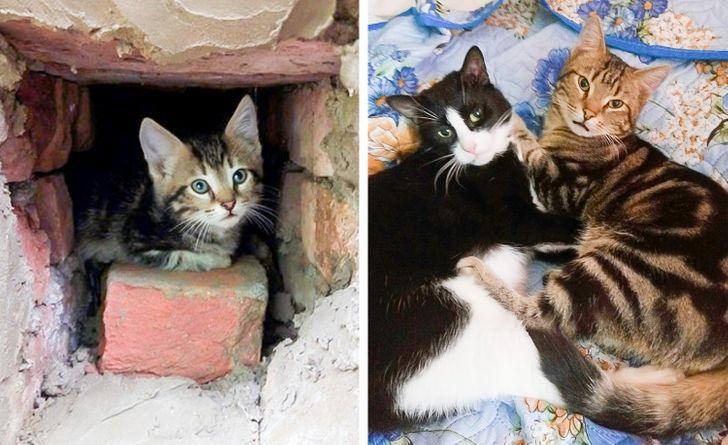 I really hope you guys enjoyed this one. You just cannot say no to a cat.

Don’t forget to share your thoughts in the comments section down below.. Stay tuned for more goodness.