The human never chooses the cat.

It is always the other way around. Your cat approves of you and adopts you instead. There have been several instances of random cats following people home and just deciding to live with them. I, myself, am one of those people. My little furry friend named Colonel Meow was only a few weeks old when I noticed him following me when I was walking back home. He is now my forever buddy and is a part of my family.

Something similar happened with this guy, who came home one day and found a cat sitting in his chair, just meowing at him. 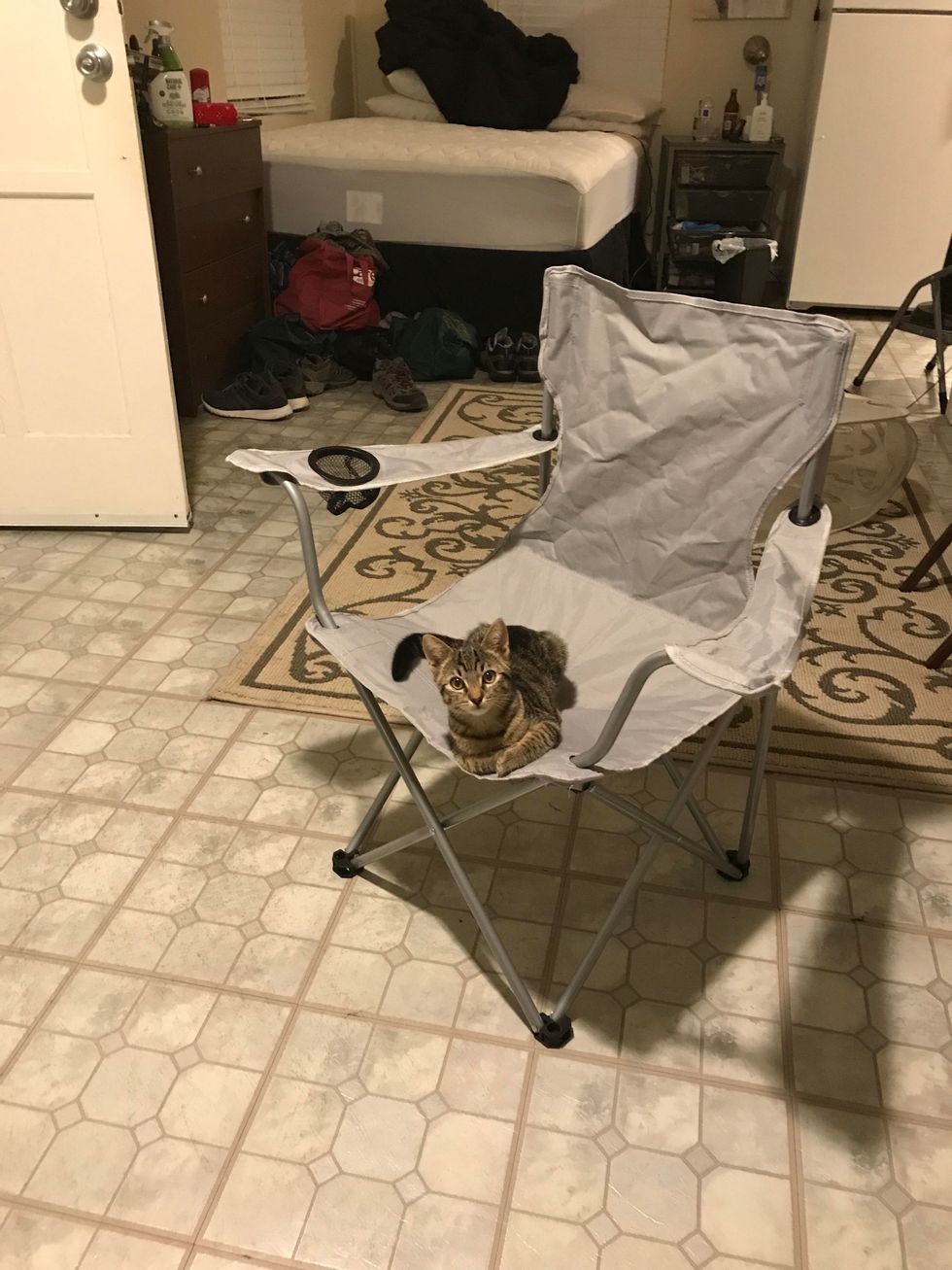 Nigel lives in San Diego and one morning he was in a rush as he was running late for work. On his way out, he forgot to close the window. When he finally came home, he was welcomed by this cute little tabby cat sitting in his house like he owned the place.

“(I was) very surprised. He just meowed and looked up at me,” Nigel (@Nigeltown) told Love Meow. “He must have come in through the open window.”

The little guy then started meowing at him and following him everywhere he went. He also didn’t have a collar on him either. 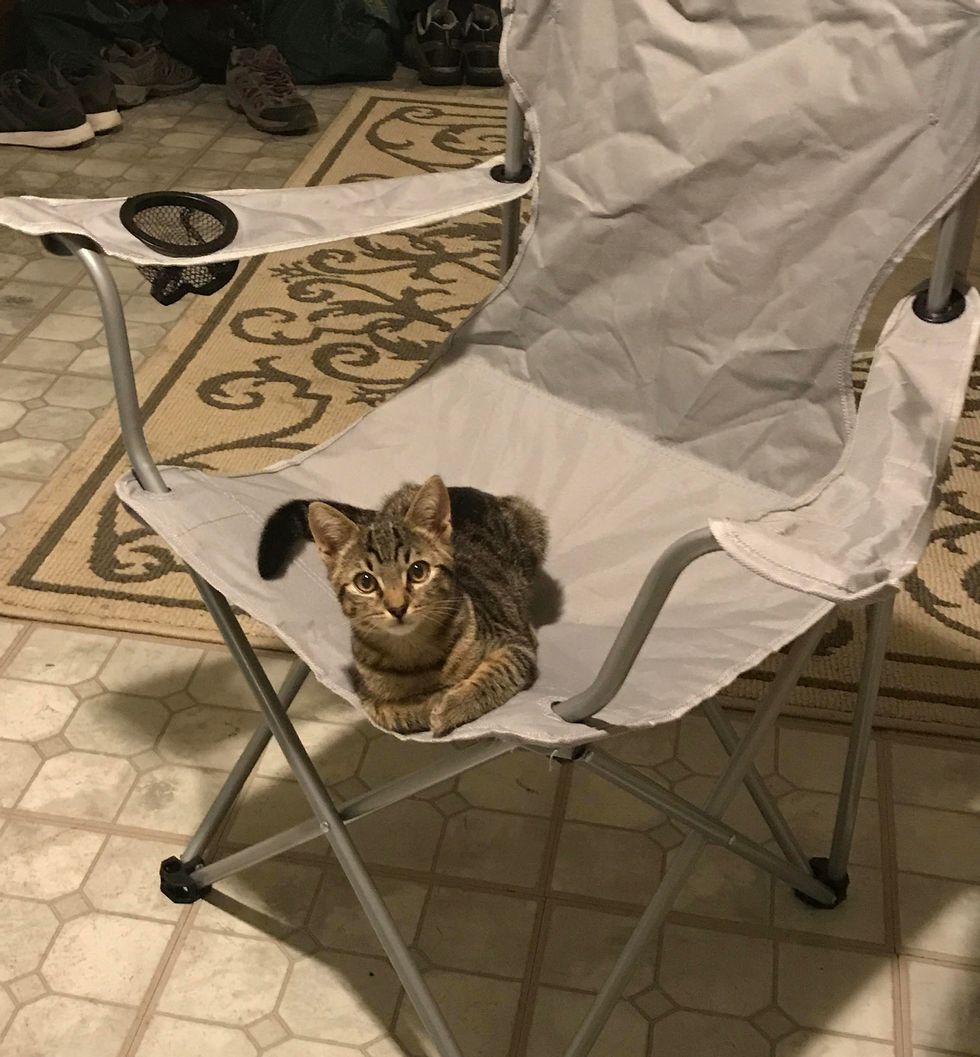 The cat was starving, so Nigel quickly ran to the store and got him some cat food and other necessary supplies.

“Lil Gato was so happy. He was meowing and purring as he ate,” Nigel said. 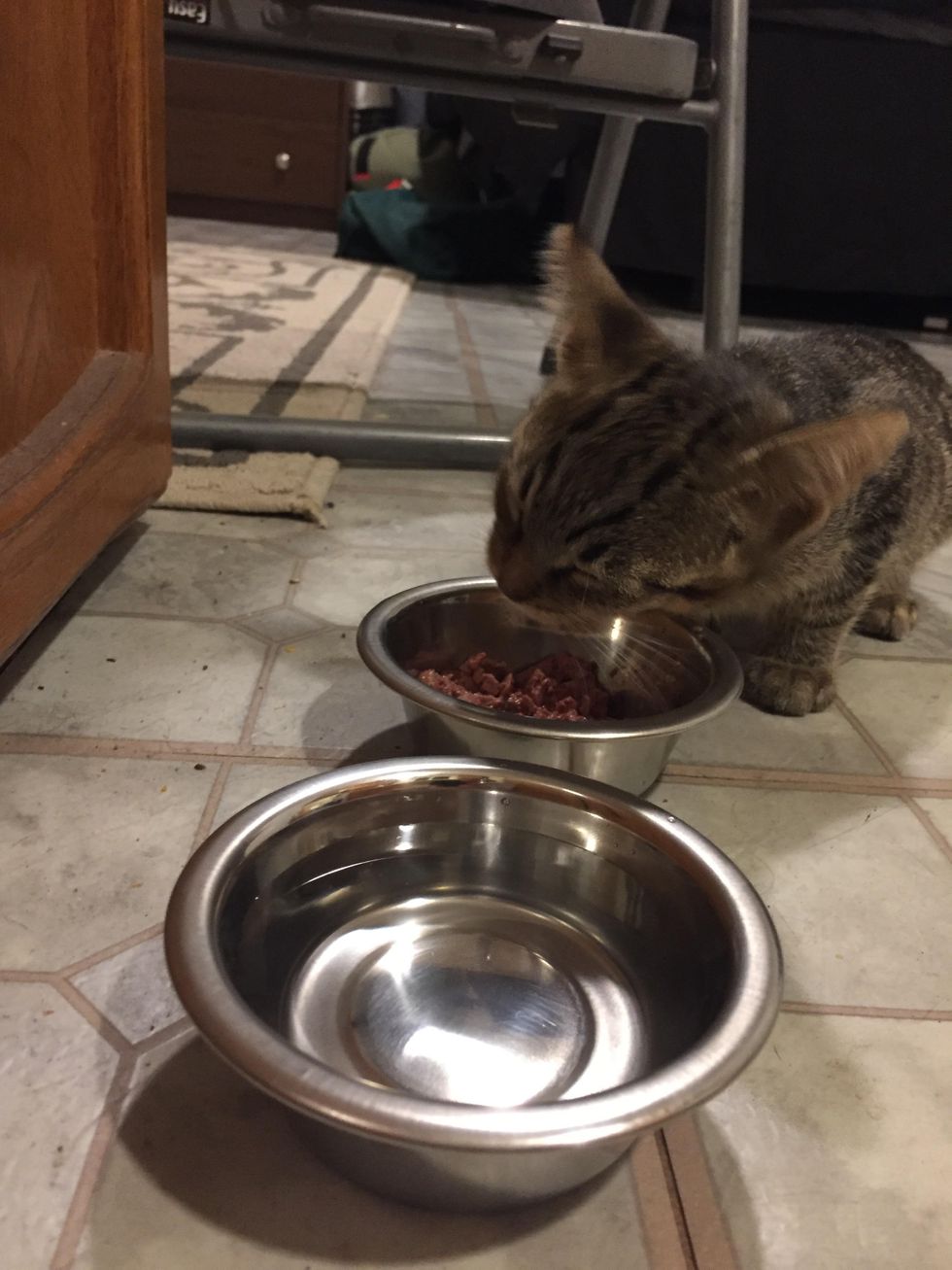 “I left for a bit to canvas the neighborhood. None of my neighbors have any cats.”

So Nigel took the kitty to the vet for a check-up. They searched for a microchip but couldn’t find any. So the kitty was dewormed and given a few shots. He got the medical help he needed and then Nigel took him back home. 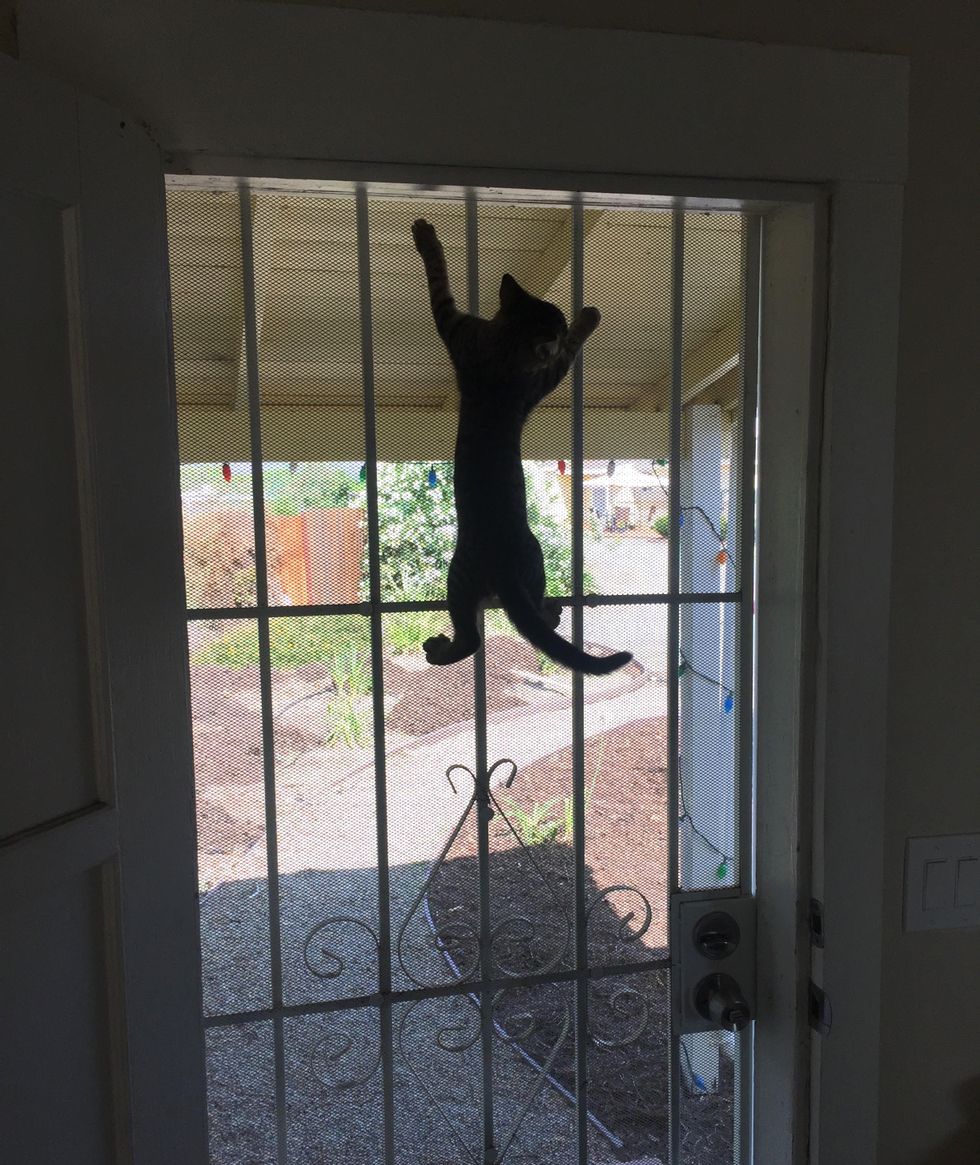 The cat responded the most to “Gato” and “Buddy”, so Nigel decided to name him exactly that.

Buddy decided to roam around the house, and when he entered the bathroom, he wanted to immediately relax in the tub. 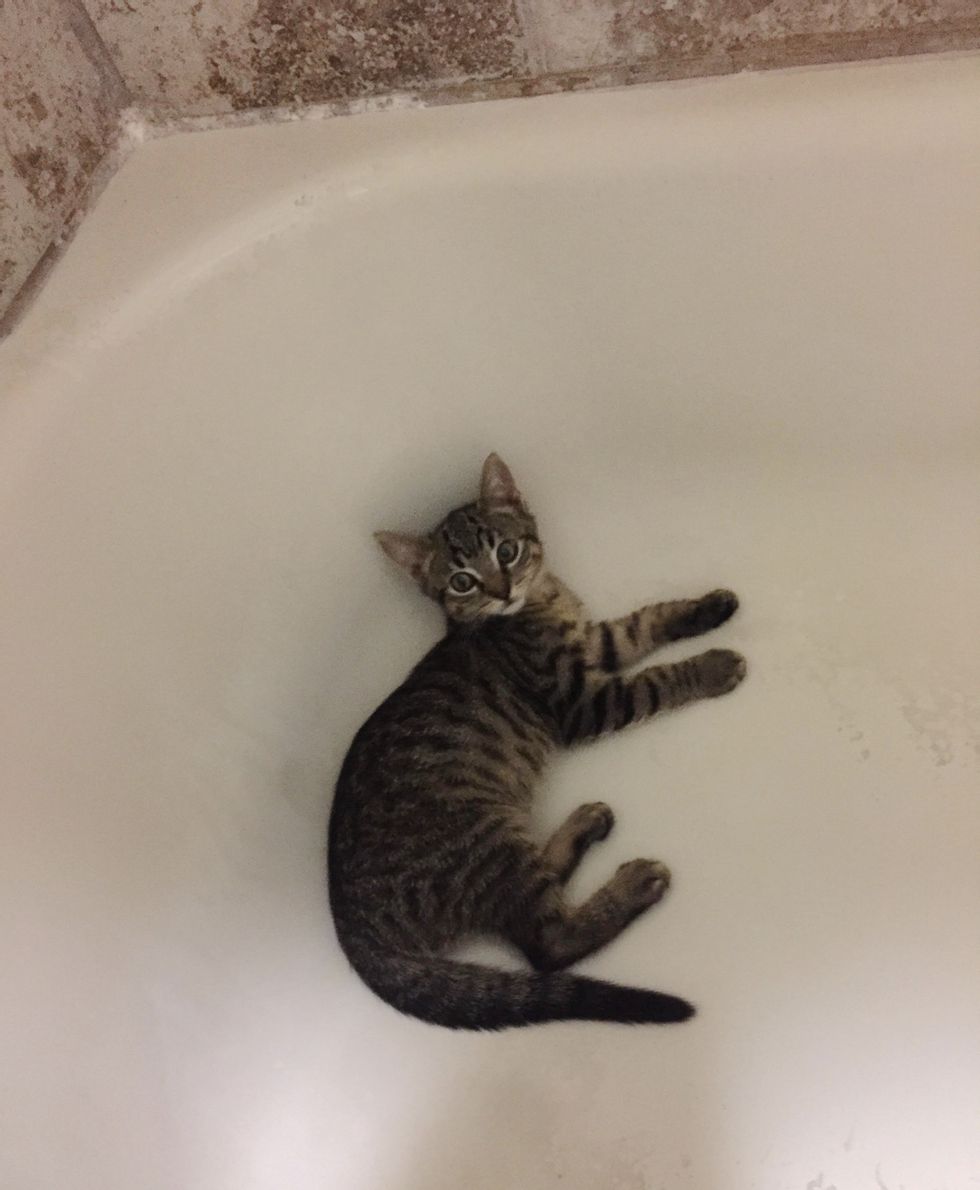 “Gato immediately took to his new surroundings and sits on or around me whenever he needs a break from tearing around my place.“ 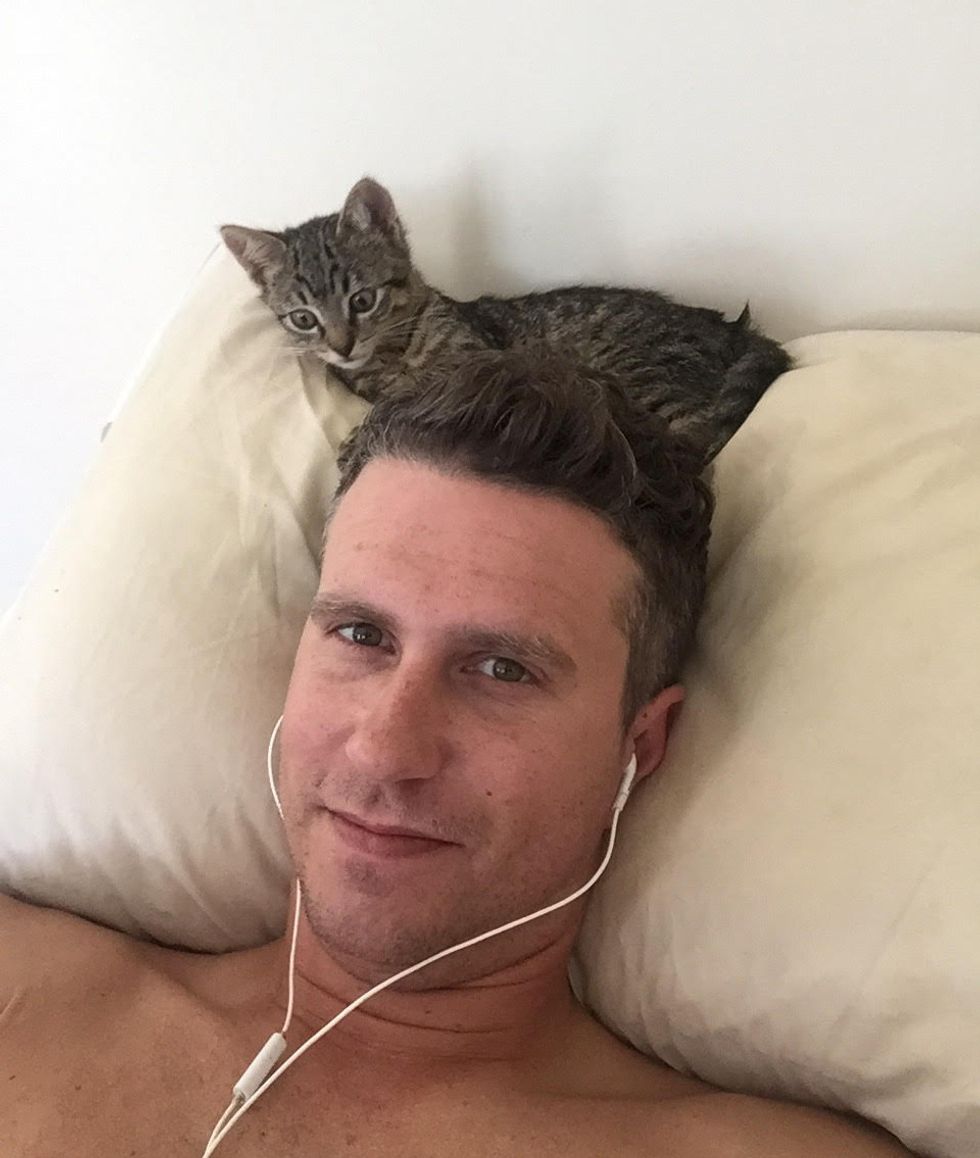 Nigel talked to all of his neighbours to make sure none of them were Buddy’s owners. Luckily for Nigel, none of them claimed him.

So these two got really close. 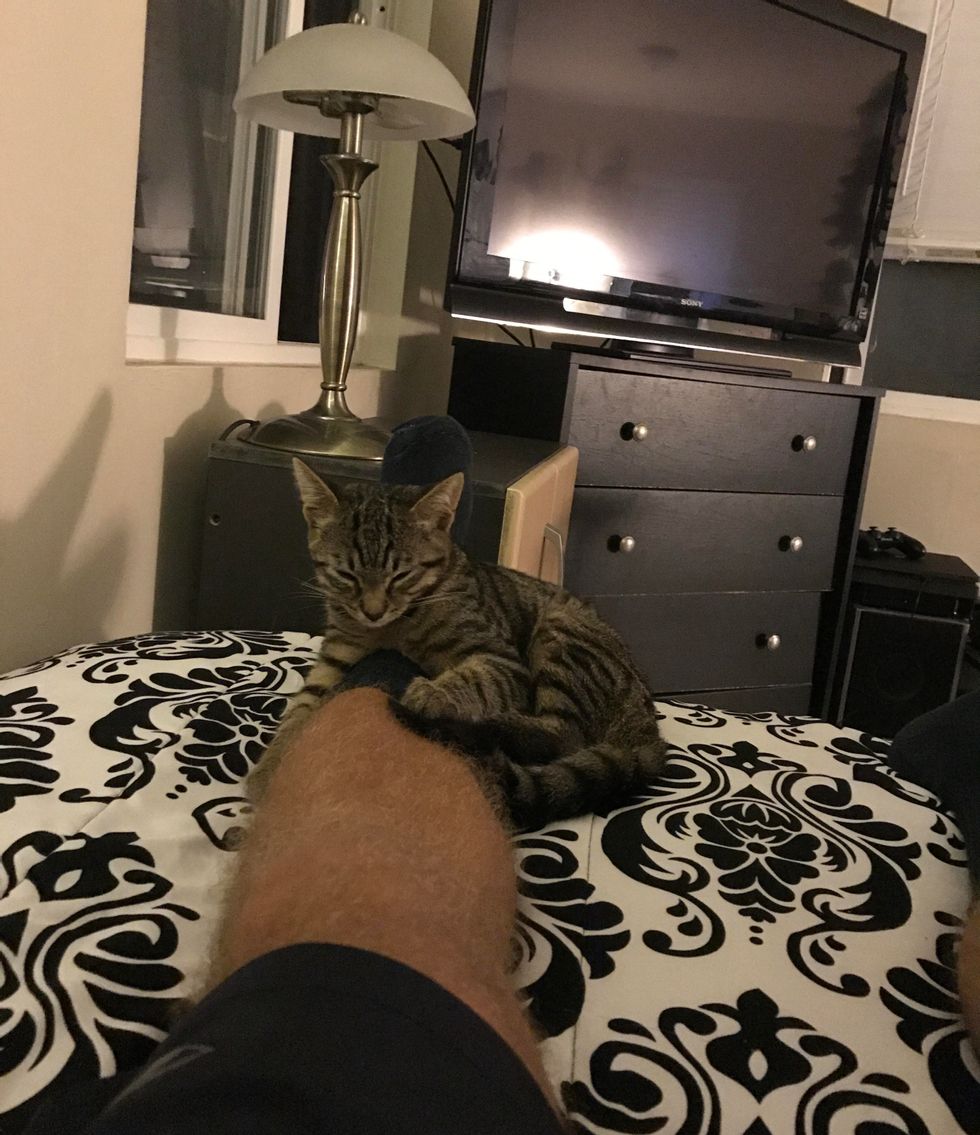 Buddy has a forever home now! 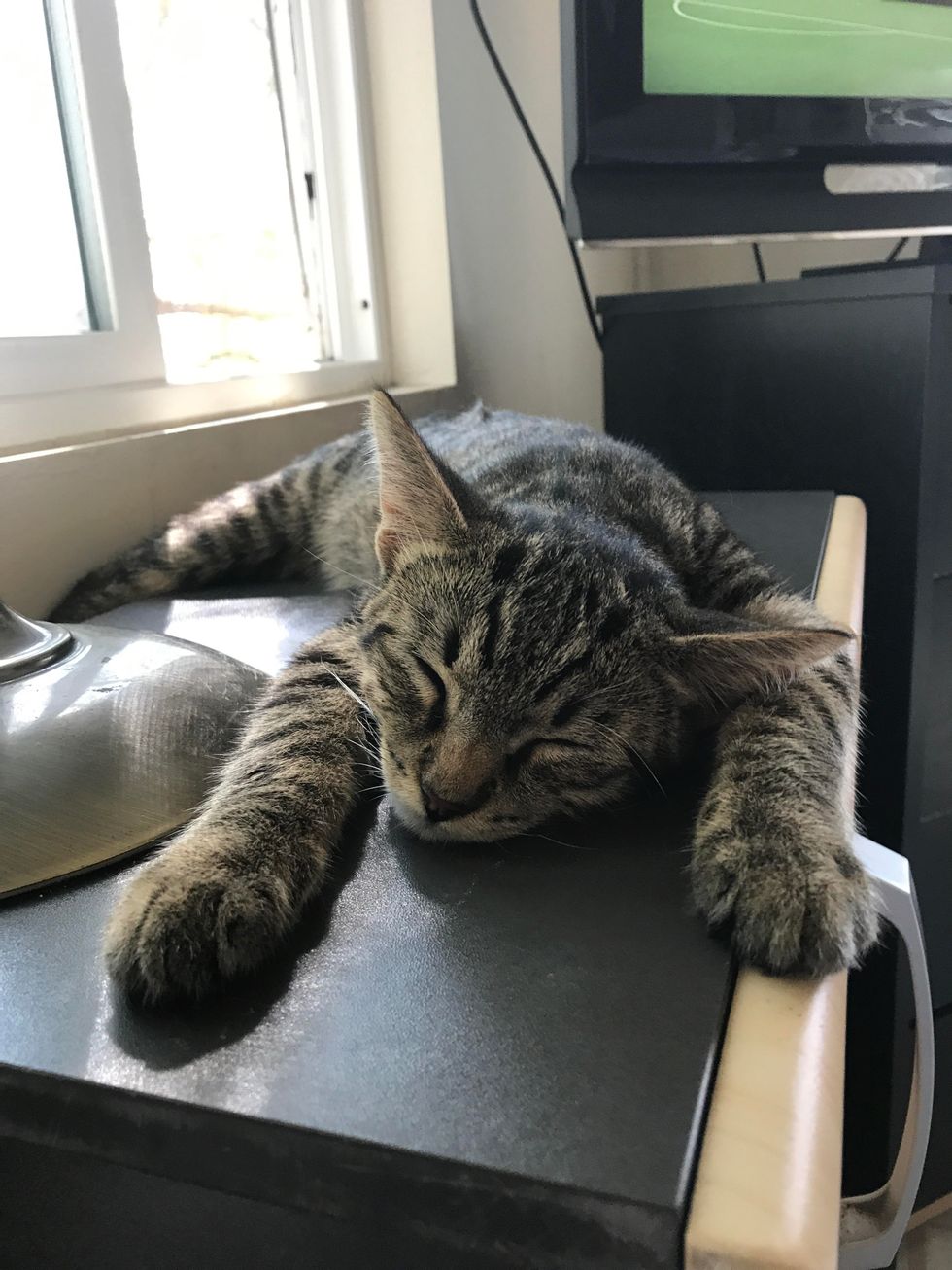 “He seems to love his new place. My Buddy boy. He adopted me.” 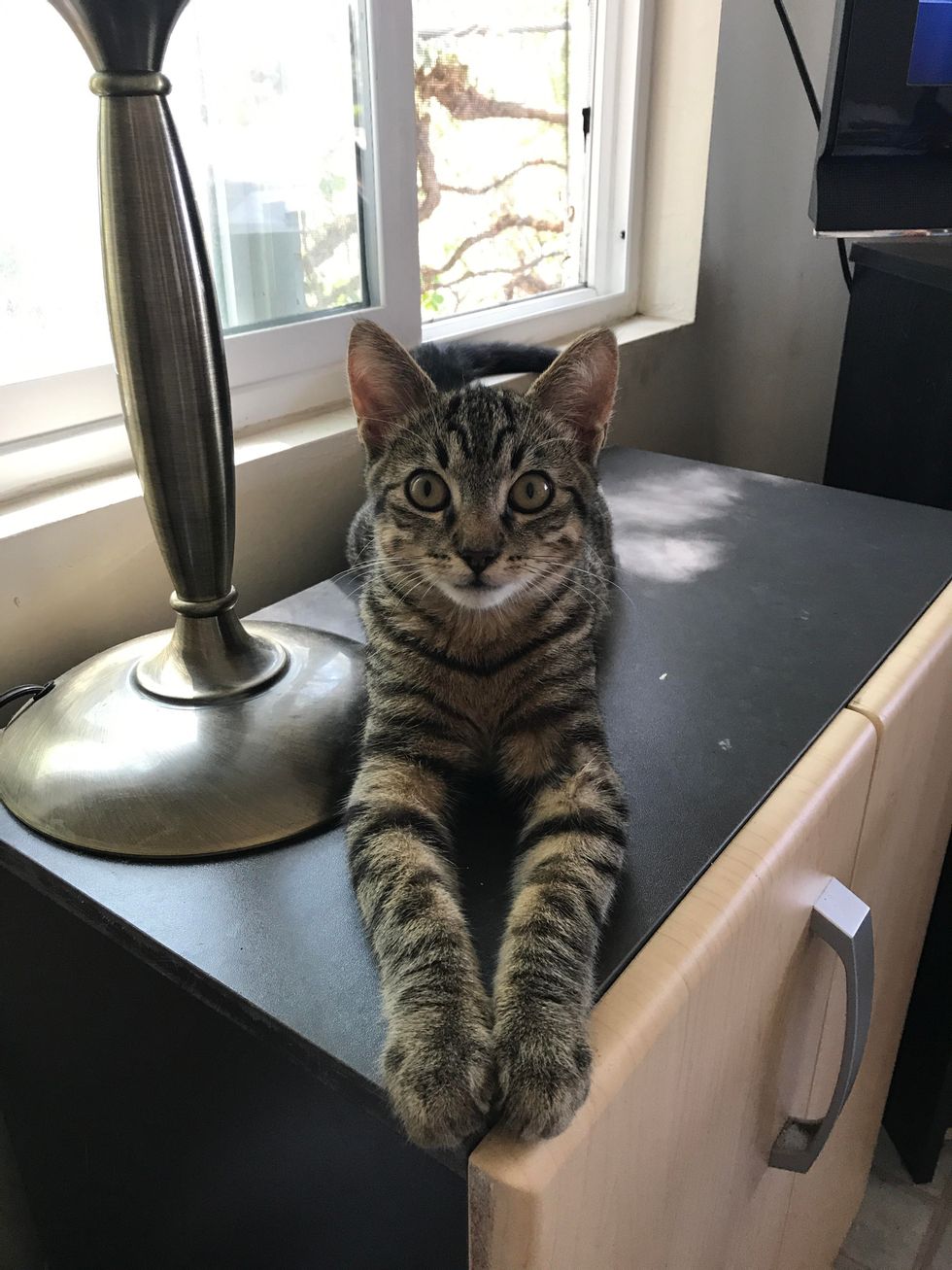 Has a cat ever adopted you? Share your experiences with us in the comments below!