Just as much as we require them. Why do you think cats are rank up there, with dogs, as the most adopted animal on the planet? Why do you think we humans feel the need of having a kitty next to us? Well, the answer is actually pretty simple, you really don’t have to brainstorm; love and happiness. The main reason why people adopt cats is that how lovely they are, how their energetic selves become an automatic source of entertainment for the rest of your life. Okay, that’s a pretty simple explanation. Now, why do you guys think cats require us? Hint: The answer is the same. For love and affection.

For some reason, there are still people out there who have the courage to abandon their pets. This happens daily and for the most irrational reasons. I’d suggest you never ask someone why they abandoned their pet because the answer will immediately, always, boil your blood. Yet these pets, cats in our case, still resort to humans for love? It is because they realize not everyone sucks and they are very hopeful that one good human will help them find they’re forever home. Just shows the difference between humans and animals. Humans who abandon animals and animals who still look towards humans for love.

Now here’s where it gets hard. Usually, all these abandoned cats or any animal go to some shelter where people come in to adopt them. But given their so specific requirement, it sometimes gets hard for some animals to get adopted. This happened with this cute little black cat and her 2 buddies who were found abandoned, by their owners, in Manchester, England. Unfortunately, these poor kitties were forced to live all by themselves for god knows how many weeks because their owners just left them behind and moved out. Such a$$holes!

For one of the black cats, Deandra, the future wasn’t looking too certain. Let’s just say she wasn’t built like a normal cat. Deandra had webbed feet. But thanks to the Royal Society for the Prevention of Cruelty to Animals (RSPCA), Deandra was in luck! 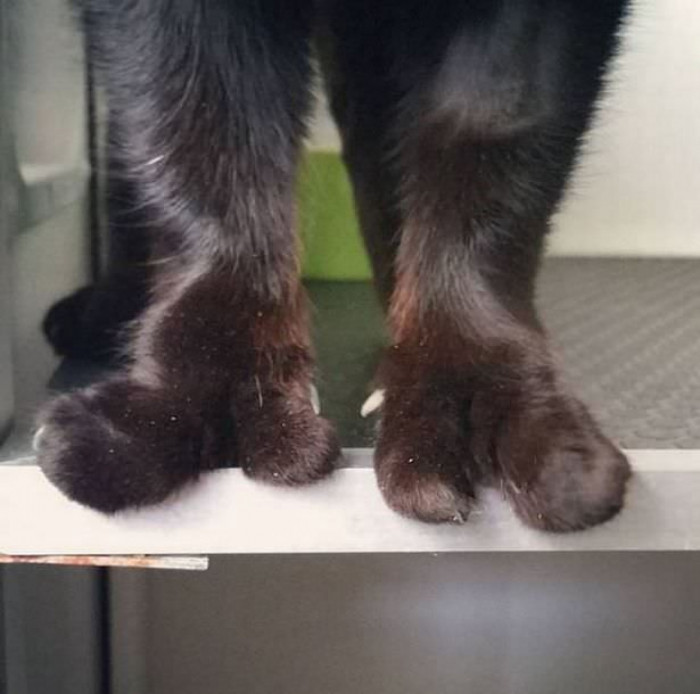 Missy over here actually has a medical condition that caused her toes to not separate properly. You could mistake her for a bird if you don’t look at the bigger picture. But this was in no way a disability or a hindrance. In fact, little Deandra’s story was shared by Manchester Evening News.

One Michael Casemore instantly fell in love with Deandra as soon as he laid eyes on her. 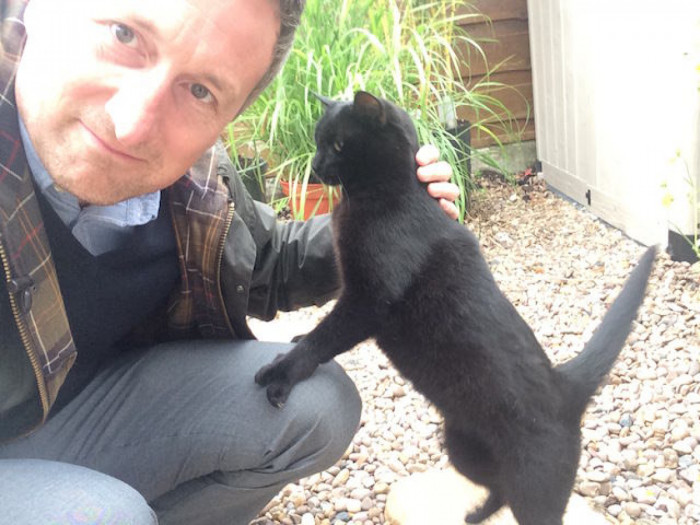 Deandra was definitely shy, at first, due to her past experience, but nothing was going to stop her from getting all the deserved love.

Here’s what Michael had to say about Deandra in an interview:

“She was a bit shy at first. but she’s started going out now. She’s doing great and everyone that meets her loves her. I like black cats anyway and then I saw her appeal and she’s a bit different. She was very affectionate when I went to visit although she did look quite content in her cat pod. I knew she had already been there a long time so I just had to take her.”

“She always plays with it on the laminate flooring in the kitchen and she just glides around so easily. She tries to catch it and she’s very quick when she slides around and darts after it, usually underneath the kitchen table.”

We are so glad Deandra found her forever home in the form of Michael Casemore!

“She’s quite a character actually. She’s calm and cool with other cats but has made a few friends in the area and she has the cutest squeaky meow. I don’t think her webbed toes slow her down but she can be a little bit clumsy sometimes. I don’t know if it’s her paws or if it’s just her way.” 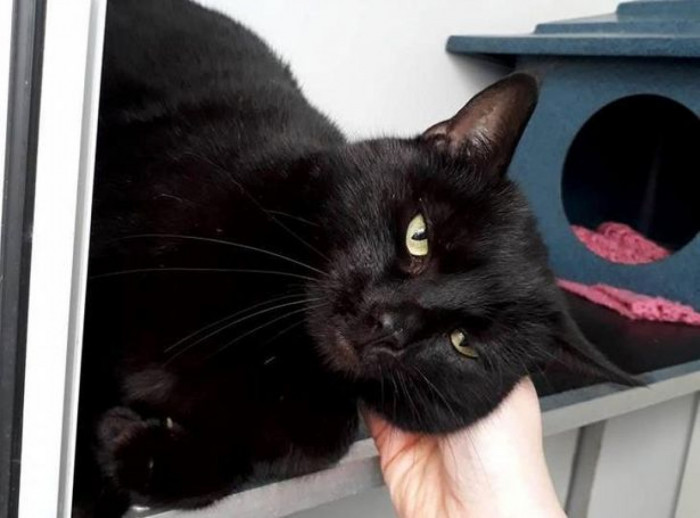 We are sure Michael is going to give Deandra the love she deserves and we wish Drandra a lot of luck in her future endeavors.