Disney has a lot of dark secrets. And if you think I am going to tell you right now, then you’re wrong. Because firstly they are called secrets for a reason. And secondly, I don’t know any. But what I do know is that people have spent decades decoding everything in Disney movies. And they […]

As Bane says, “you think darkness is your ally?” “You’ve merely adapted the dark. I was born in it, molded by it. I didn’t see the light until I was a man and by then it was only blinding”. Not everyone has the capacity of absorbing dark humor. So, if you get easily offended, we […]

The world is filled with weird things. Even if you think you know what you are looking at, it might not be what you had first hoped. I mean, it is a well-known fact that people see faces in everything even when we are looking at inanimate objects. After all, who hasn’t tried to find […]

Sometimes normal things can be terrifying. I mean we are all used to cats staring at us at weird times. But it can still give you quite the fright when you have just woken up in the middle of the night to go to the toilet and your cat is just sitting there with her […]

As the title suggests, entitled people never stop coming, do they? I mean, every now and then, we have to deal with such people who have absolutely no level of dignity, and not only that, they won’t even think twice before making such ridiculous and unreasonable demands. They won’t think about what people would say […]

We all have a 6th sense. I am not talking about the 6th sense is that we can see things that aren’t there. I am talking about that gut feeling of danger when you are walking home alone at night. Some may call this feeling paranoia but it is always better to be safe than […]

There is weirdness in all of us. Even if we may not want to admit it, there is no denying the fact that every family has their weird habits. Whether it be squeezing the last drop of ketchup from the packet or watching the same movie together over and over again. All of us have […]

The first cartoons to feature adult jokes have long been a mystery. Possibly a scene from The Simpsons or perhaps Ren and Stimpy. Technically, the first adult cartoon, titled ‘Humorous Phases of Funny Faces,’ was made in 1906, but once again, we owe a debt of gratitude to our special friend Shakespeare, who infused seemingly innocent […]

Time for some brain testing! Ever since COVID, we have gotten way too used to staying at home and doing nothing. It has caused our brains to relax more than it was used to. It is now time to get those juices running again. Let’s see if you can get through this post without banging […]

Nature is quite complex. Even if you have spent your whole life researching the different categories that come under nature, you still might not even understand half of what is around us. There are things that defy all logic and there are things that can’t be explained. Now, don’t get me wrong, I am not […] 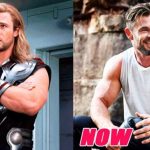 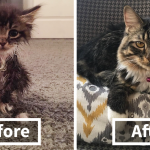