There’s this thing with cats that when they see a friendly human or someone who they think wouldn’t cause them harm, they get really close and affectionate with them. You’d see that cat greeting you every single time you leave your house or in some scenarios, they might even sneak into your house and stay there without paying rent. But we can assure you that there’s nothing better in the world than having cats become your good friends. Cats usually get a bad reputation for not showing enough feelings or emotions but they do, just very subtly. Cats are capable of being loyal too and their friendships hold stronger values than any other animal. Because of their independent nature, them growing to fall in love and care for a human has got to be an achievement.

With that said, here are 20 people who got confused about whether they ever had a cat at home or not. Happy reading.

1. This cat knows how it gets its meals. 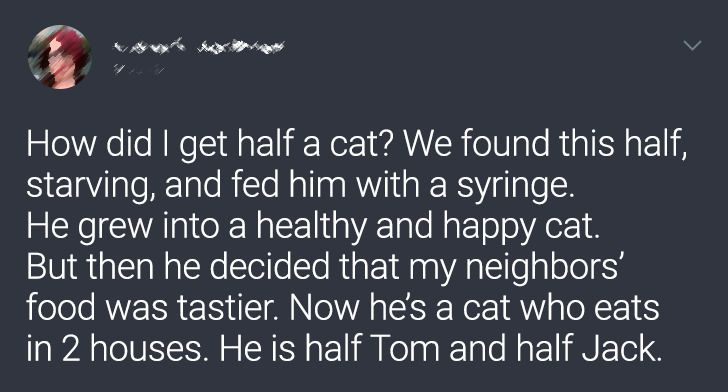 2. This cat owned 2 houses. The humans were its pets. 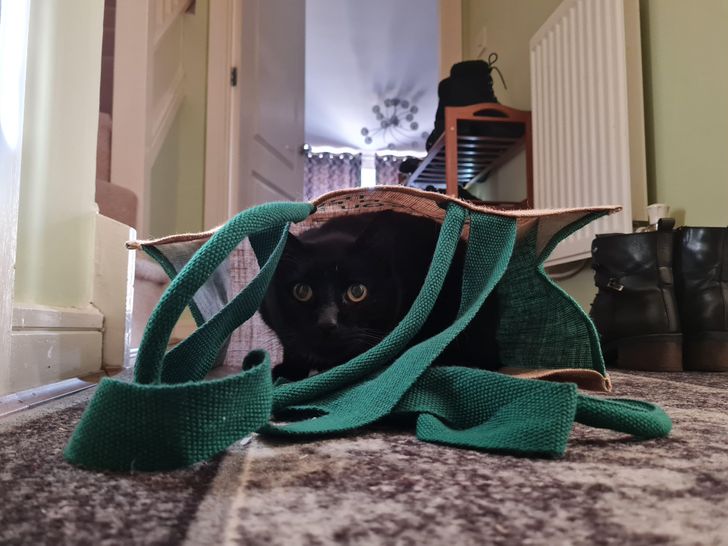 4.“Not my cat, but she’s napped in my flowerboxes many times now, so when she visited today I gifted her the bed I had thrown together for her. I think she likes it.” 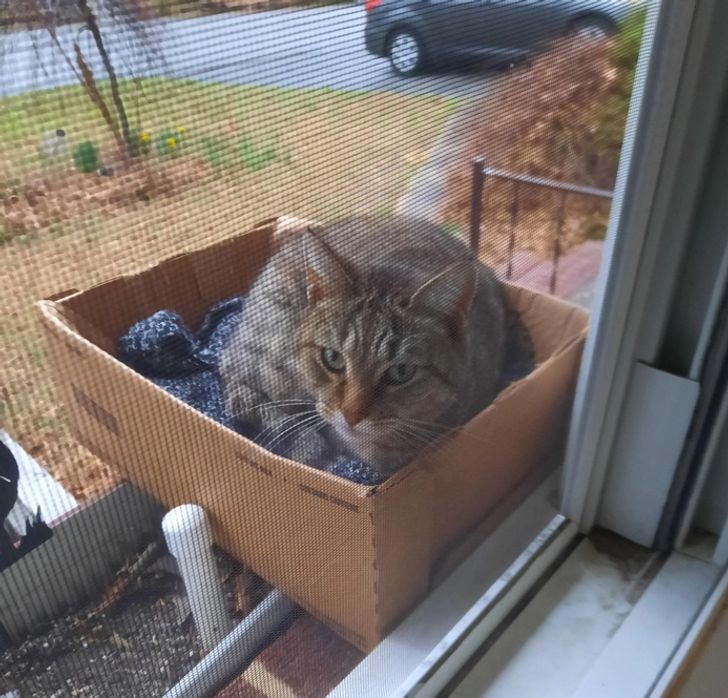 5.“Taken last week and #notmycat. Spent ages trying to gently shoo it out but was roundly ignored. In the end, I had to pick it up and physically eject it. It was *affronted*.” 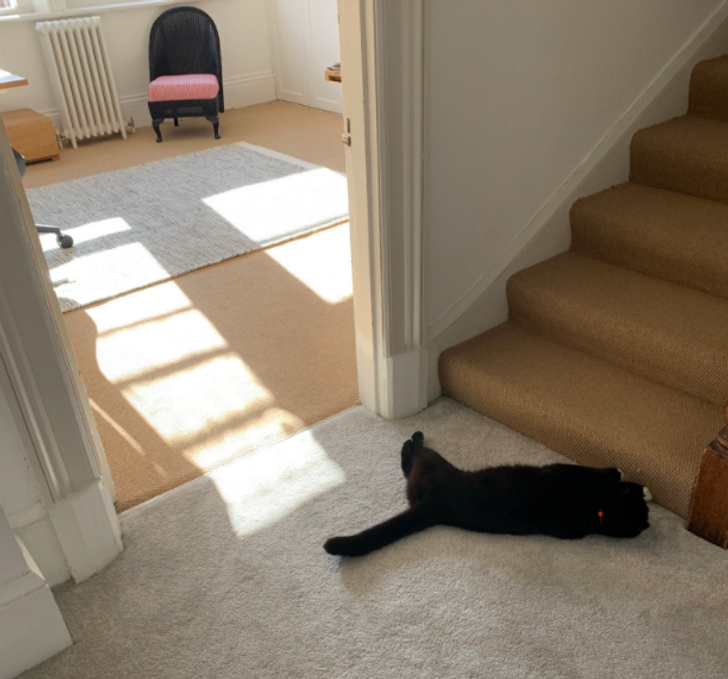 6. This cat has been very shady. 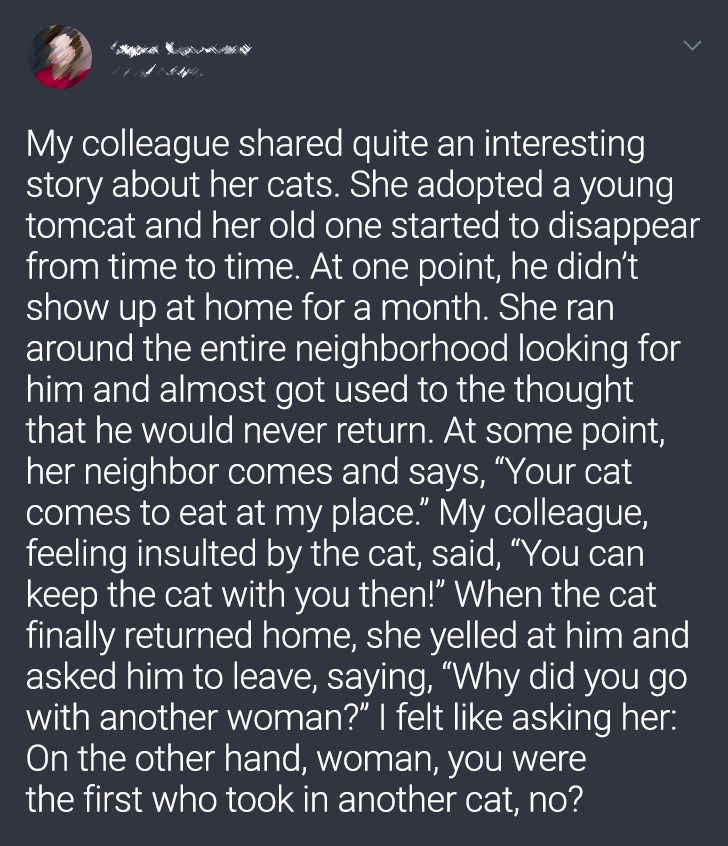 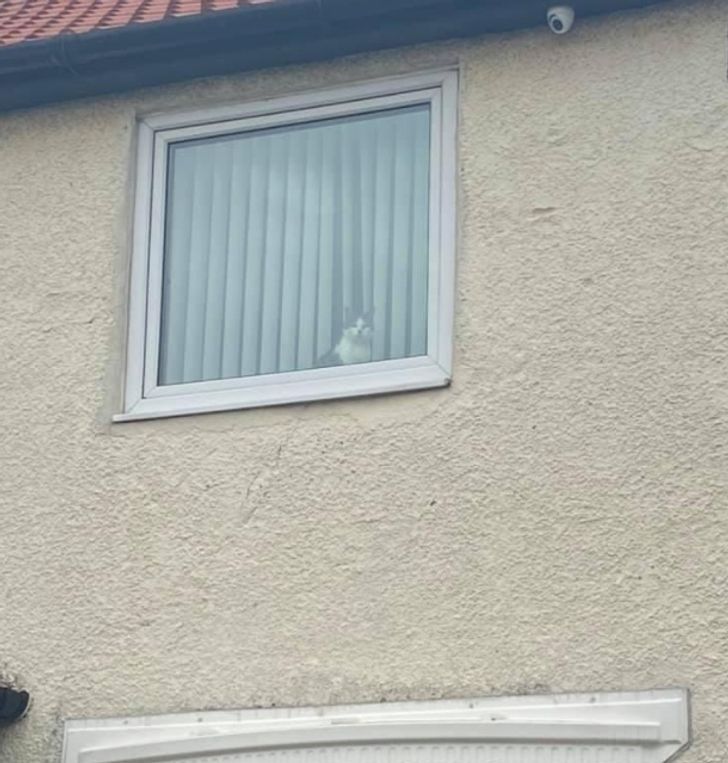 8.“This gorgeous kitten decided to start following my sister when she was walking to a friend’s house and would not leave her alone. She stayed with them for a couple of days and then went back home to her real family.” 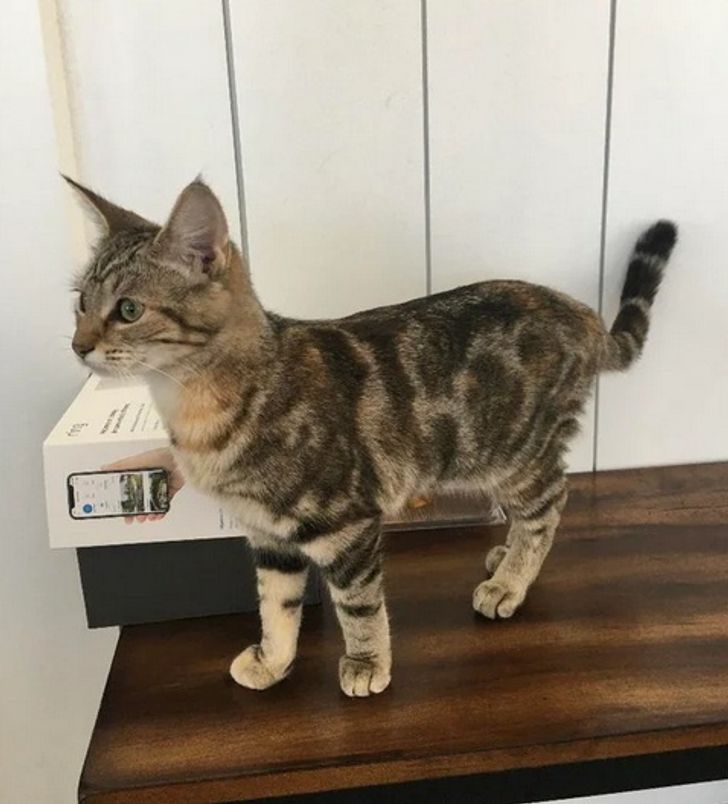 9.“His owners got dogs who started chasing and harassing him so he found a safe haven in my home…” 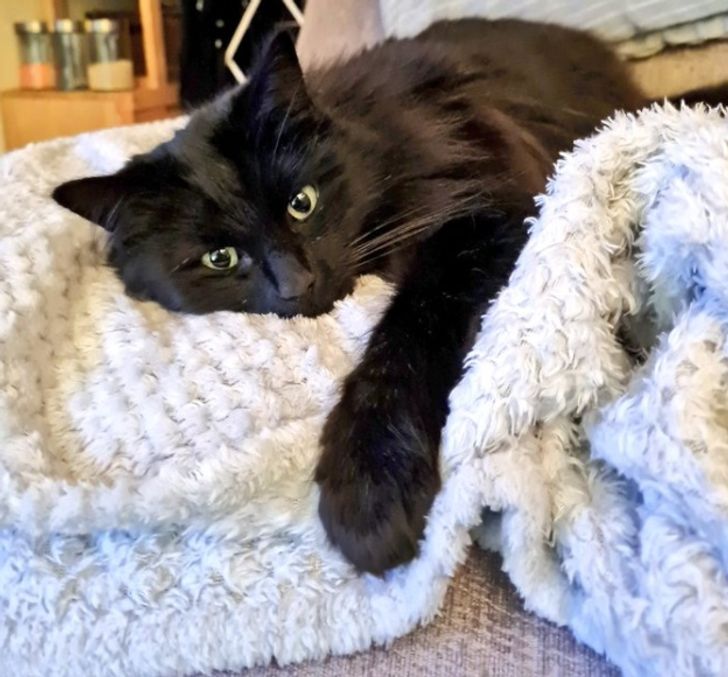 Advertisement
© staceyblusinger / Twitter
Having fun going through our list? It’s surprising to see how innocent some of these cats can act and when they’re not at home, they’re complete menacing beasts that can trick you into taking them in while their original owners look for them restlessly. This makes these little furballs even cuter as the range of emotions they display sometimes can be hilarious. Scroll down below for even more kitties.

10.“The neighbours just put their house up for sale. Couldn’t resist checking it out on Zoopla. Hey, that’s our cat.” 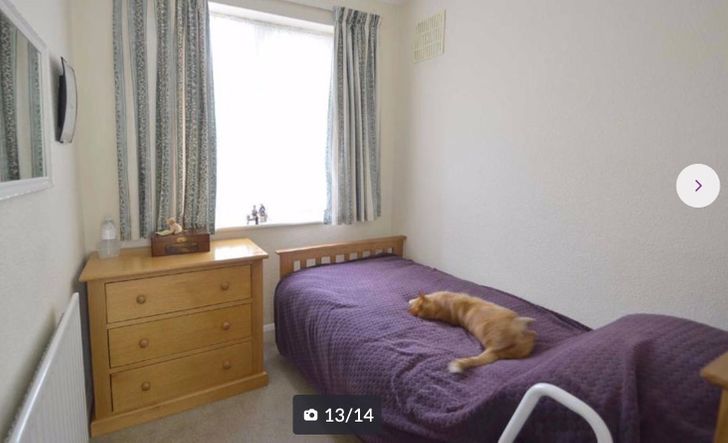 11. Two-faced cat acts innocent at home and like your worst nightmare outside. 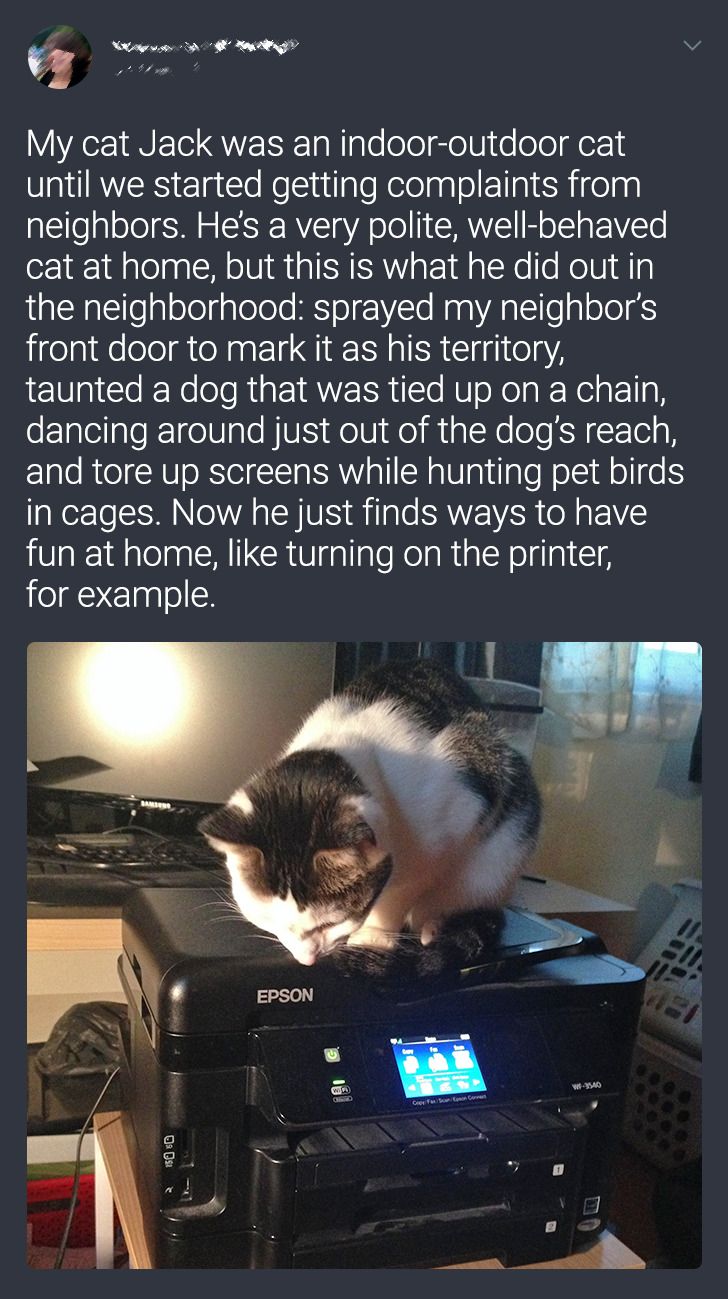 12.“Our favourite orange boy stopped coming around a few weeks ago, and I was sad and worried sick. Turns out, he moved! His real name is Milo. Maybe we’ll have the chance to visit since we now know his owner.” 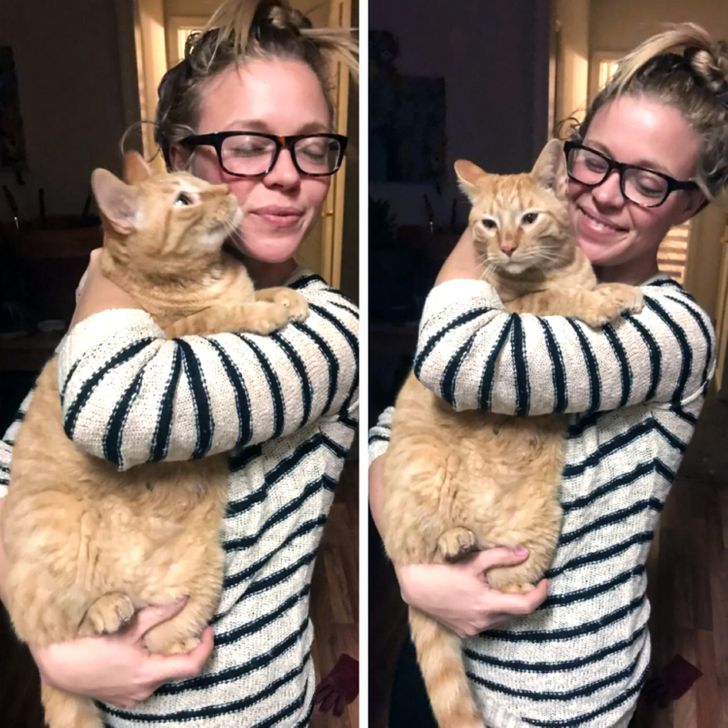 13. “We just bought a house and apparently it came with a free cat?” 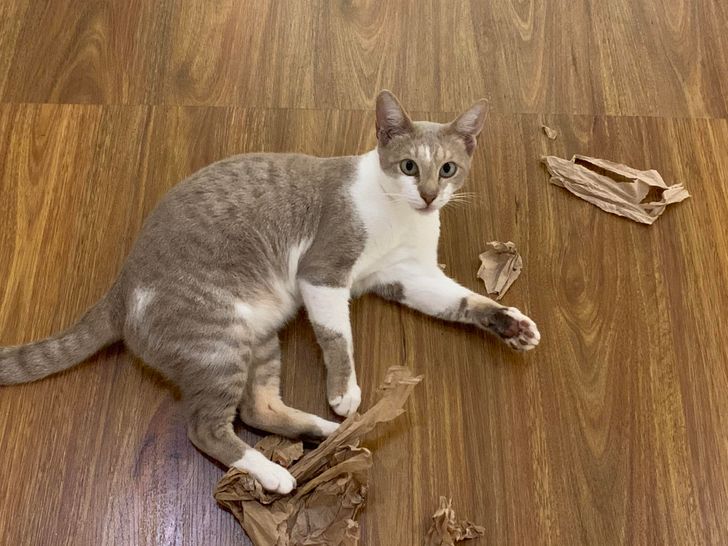 14.“He’s stolen 3 bags of treats from my house and shows absolutely no remorse.” 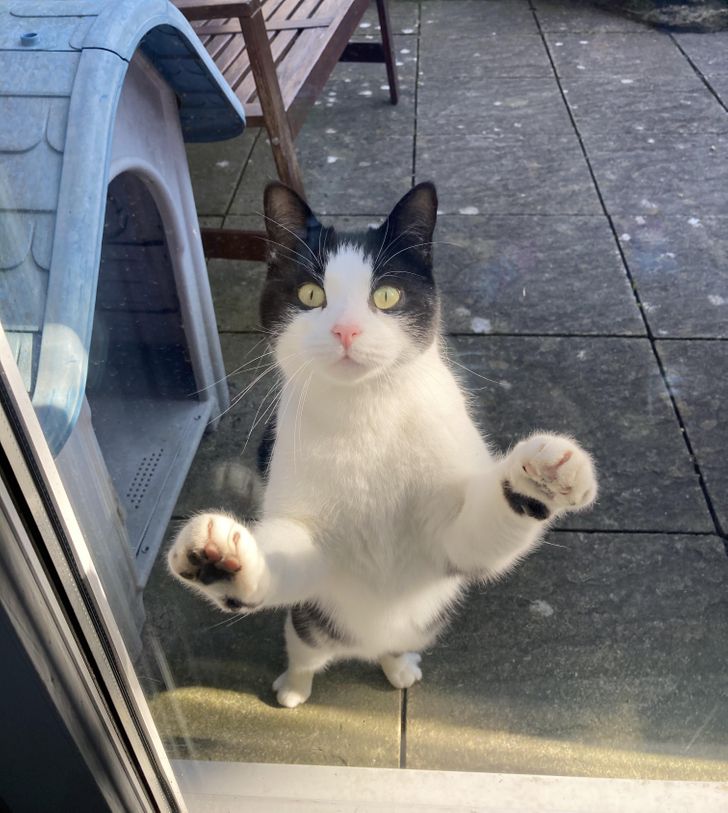 15.“I fed my neighbour’s cat for 5 years until she moved and left the cat behind. She’s the dearest little girl and I don’t know how anyone can treat an animal like that. She’s now mine.” 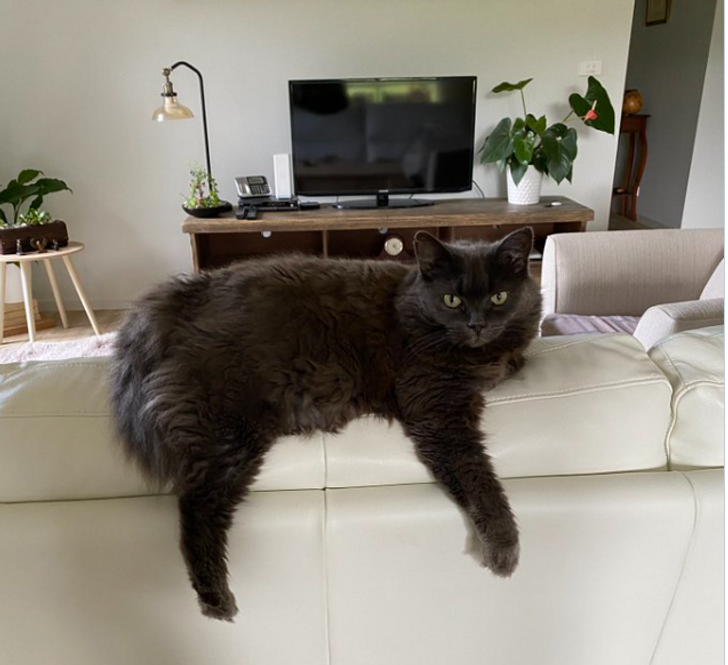 16.“One of our neighbourhood cats that visit daily” 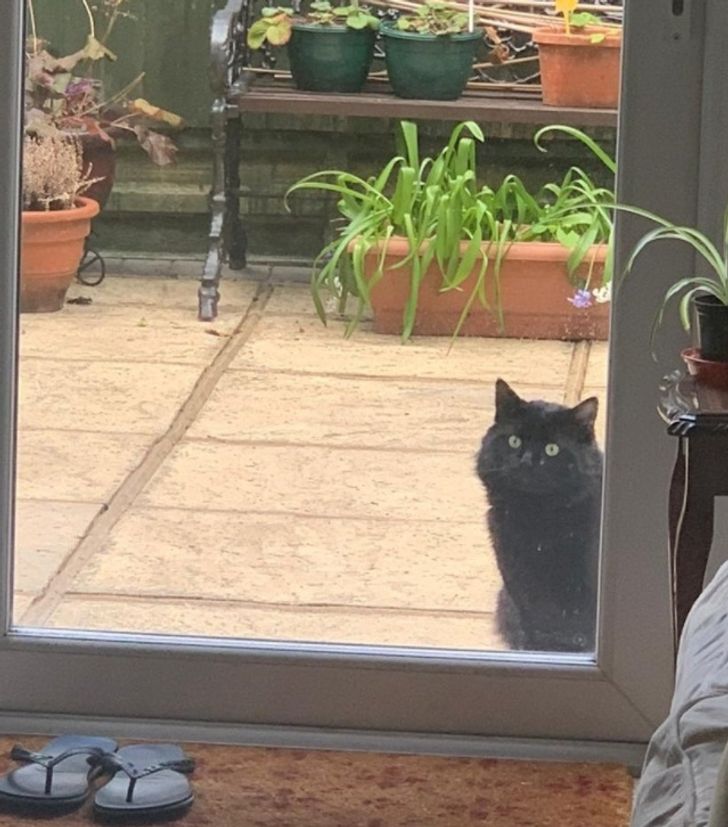 18. “His owner reported him missing once, so we got to know his name: meet Carlo, who just walks into my mom’s living room and makes himself comfortable. Also: he doesn’t come for food, he just likes the snuggles.” 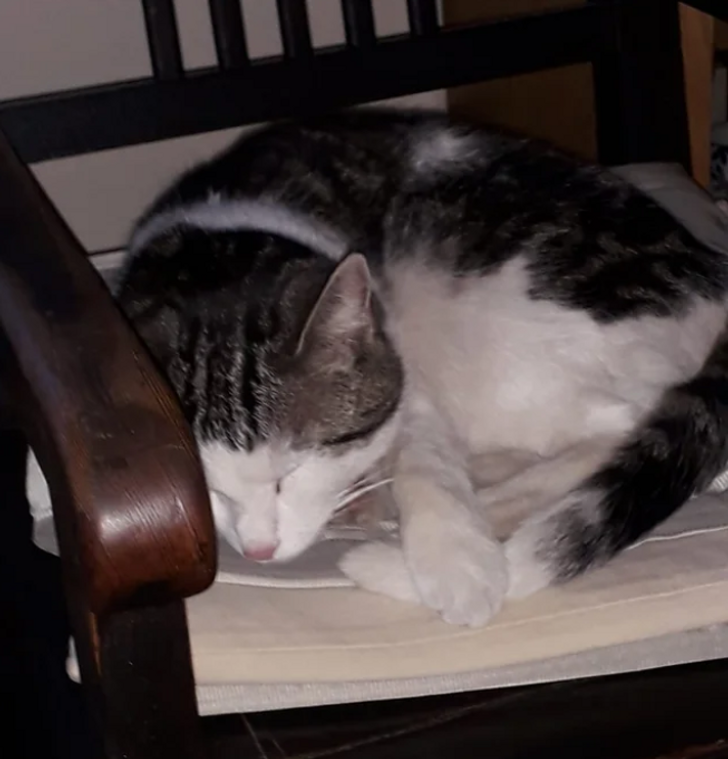 19. ”My neighbour’s cat that always comes for pets.” 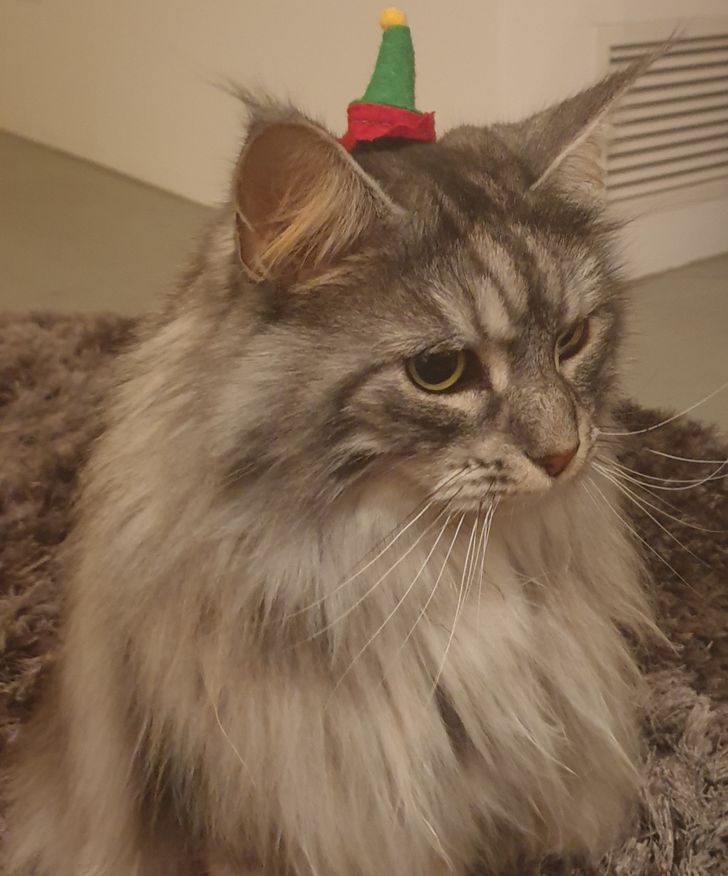 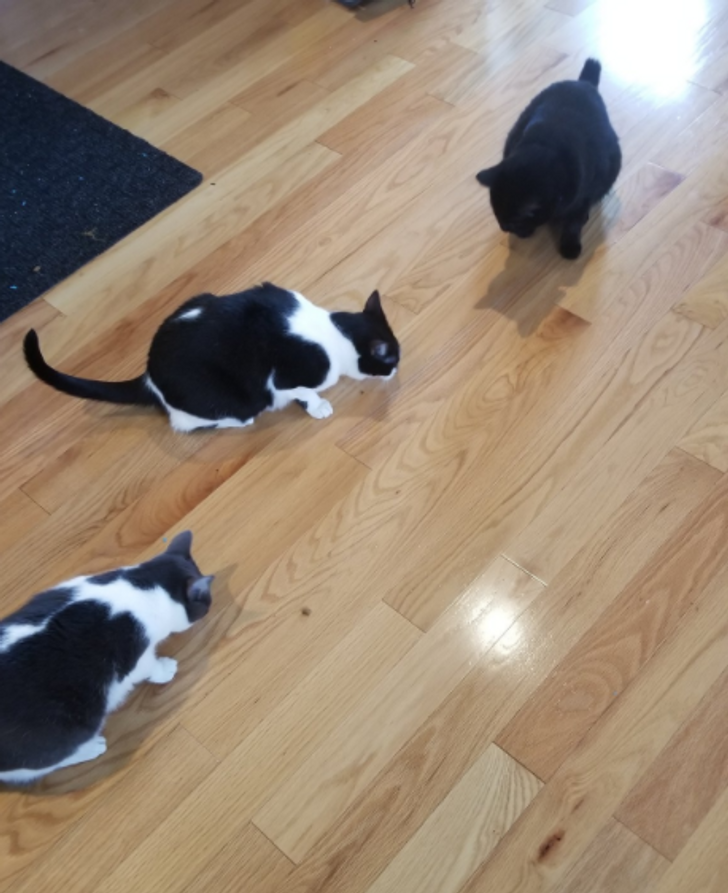 Bonus: “This is Dusty, the neighbour’s cat. He likes to run away from his family, climb onto our windowsills, and stare at my boyfriend like this every day.” 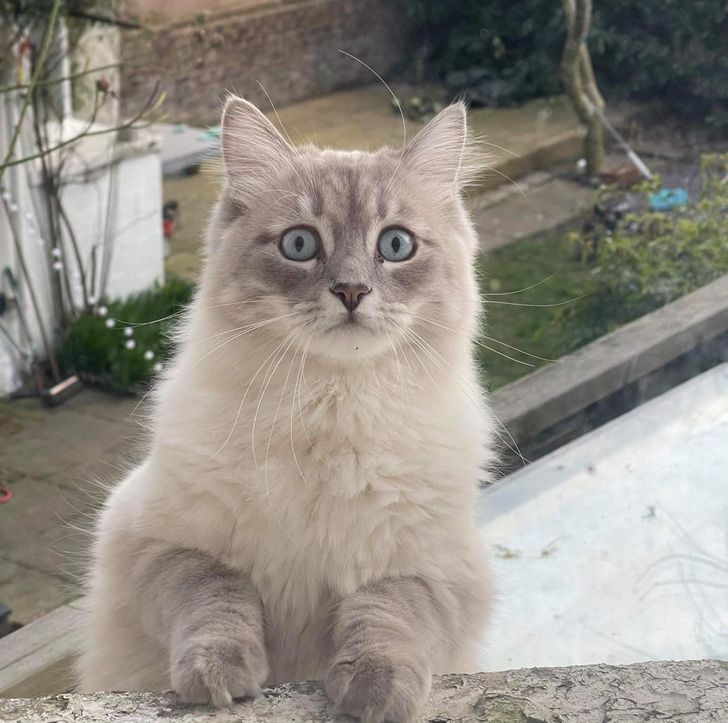 © CalmYourNeckbeard / Reddit
And with that, we conclude our article. Let us know your favourite pick and your opinions on these cats in the comment section below.