Cats are always on a new adventure.

Cats are the real adventurers and there is nothing that can stop them from doing what they like. They would go out of their way to get what they want or to be at a place they love. Cats are unpredictable and so are their cute yet strange acts. From sleeping in at the weirdest places to sneaking in the neighbors’ house, cats have so much to surprise their loving owners with.

A cat owner took it to Twitter to share her cat’s story of how she found her cat relaxing at a neighbor’s house and it left her surprised. Many other Twitter users came forward to share the funniest stories of their cats and these stories are surprisingly hilarious. Scroll down to defuse your stress with the unexpectedly hilarious stories of the cutest kitties in town.

1. Neighbor’s chair is comfier than yours, Kelly! 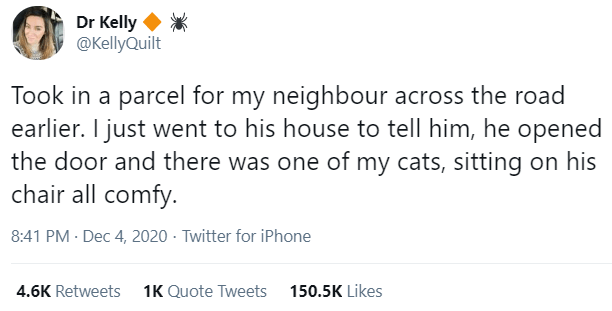 2. Regina spotted with all her friends. 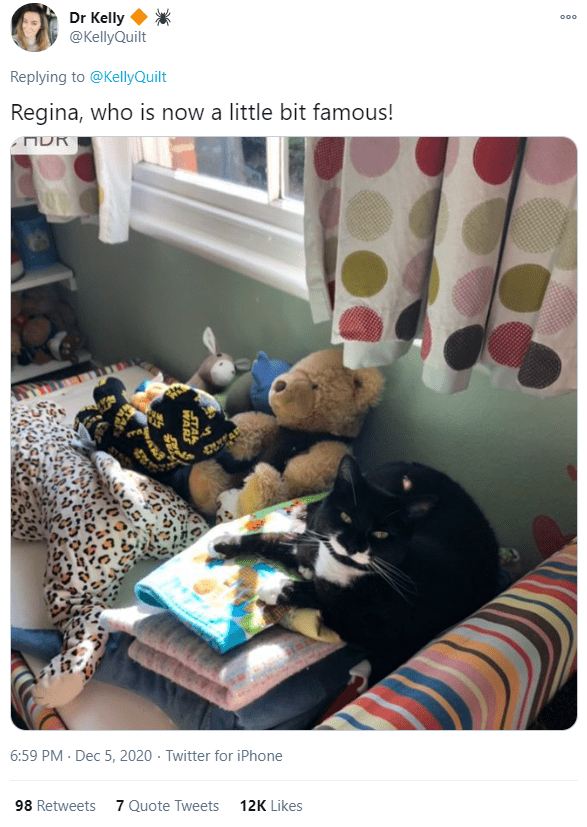 3. Your cat was already invited to your neighbor’s party.

4.  Cats love getting treats from neighbors. 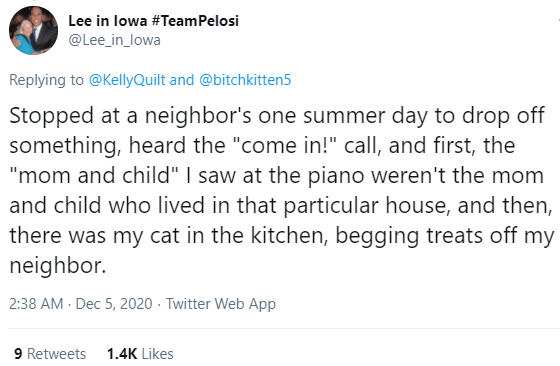 5. Now we know why fat face never drank milk at his home. 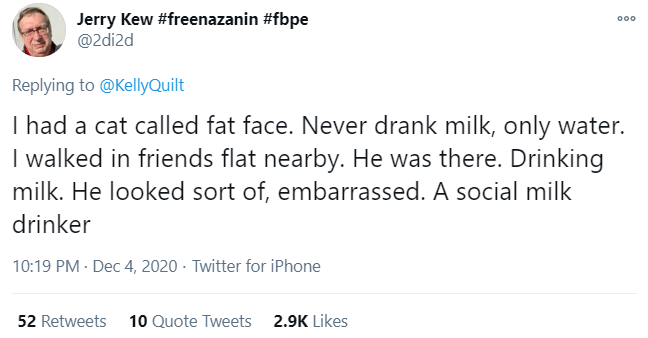 This is how unpredictable cats are. Your baby cat is a drama queen who would act not liking a thing at your house but who knows what they do at your neighbor’s house. This one story had me laughing. How Fat Face tricked his owner into believing that he only drinks water but little did he know that he has been satisfying her cravings of milk from his friend. HAHA, we admit Fat Face, you have been acting smart.

6. Keep the upstairs window open if you love cats. 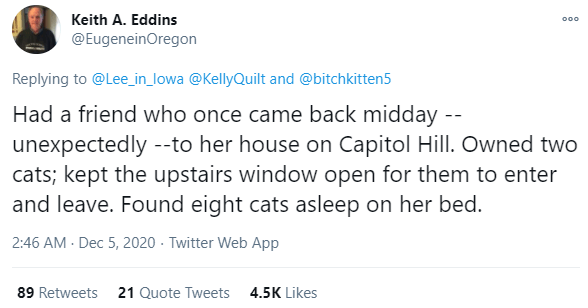 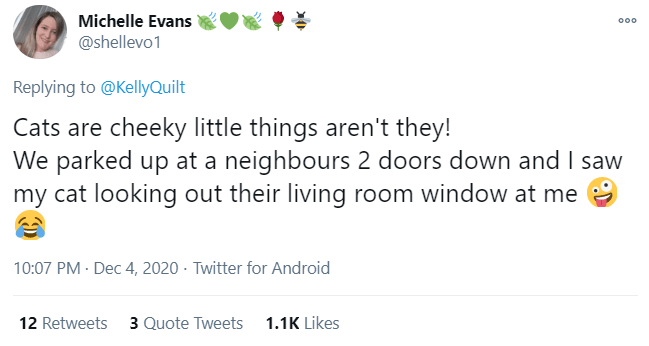 8. Resting as if she owns the house. 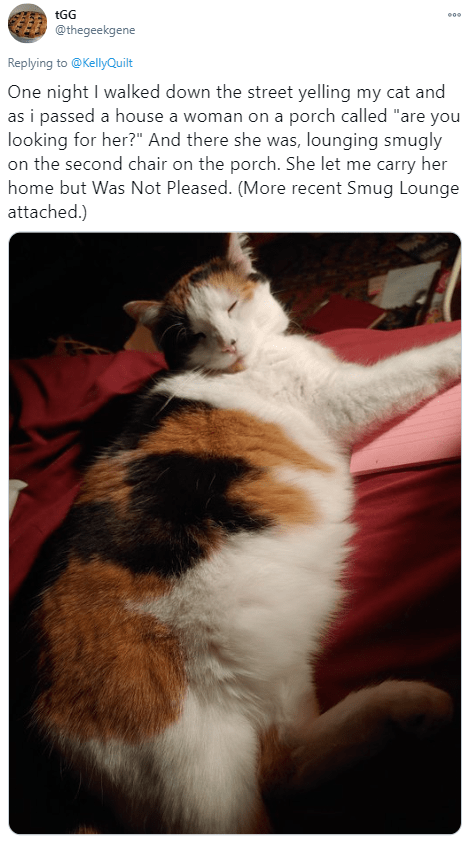 9. Cuties love to snooze at neighbors. 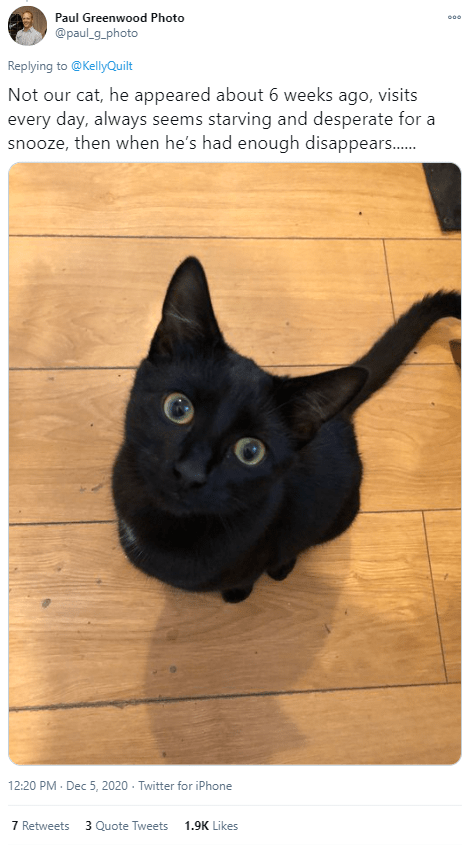 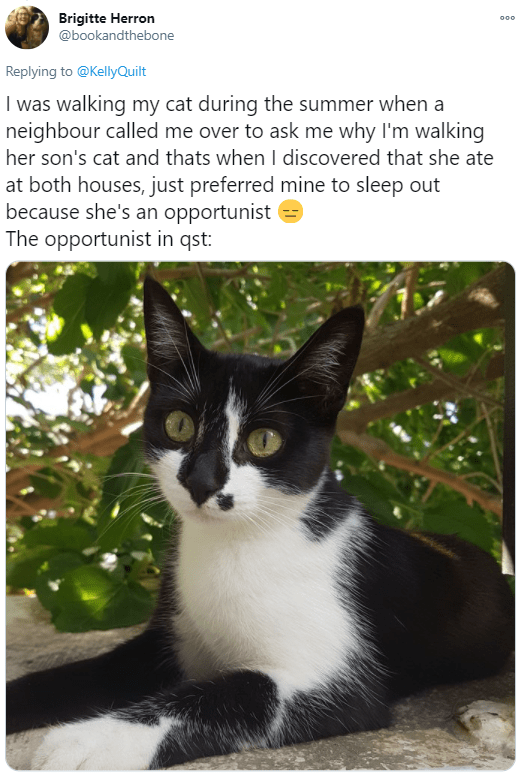 Now we all know how much cats love being at the neighbor’s house. These kitties love being adored by everyone and we have no issues with that. Enjoy your life kitties! If you have ever found your lovely cat in an unexpected place, feel free to share your story with us!