These cats are living a life better than most humans.

Everyone has a dream life in their mind, a lifestyle everyone wishes they could enjoy but it takes a lot of patience, hard work, and money to achieve such a life. For some, the dream life is all about luxury while for some it is all about adventure and excitement. And similarly, there are many other ways and forms people want to live their lives. If we think of animals when talking about an exciting life, cats would certainly be the first one to jump into our brains.

See, the thing about cats is that they are very independent and majestic. These two terms have very high weight when they become part of someone’s personality. That means you have to make sure you live up to such a personality. And they uphold this by being very unique house-to-house. With the factor of excitement being constant, one person might end up with a cat who is a kung-fu master and knows how to destroy the house in seconds, while another person might have a cat who is all hearts for adventure and doesn’t like staying indoors.

So, one never knows what your cat holds, it’s just that it will be an adrenaline junky and you must be fully aware of that. Today we are going to enjoy some pictures of cats living, let’s just say, some exciting lives.

1. Every time their owner goes for a shower, they become his front seat audience. 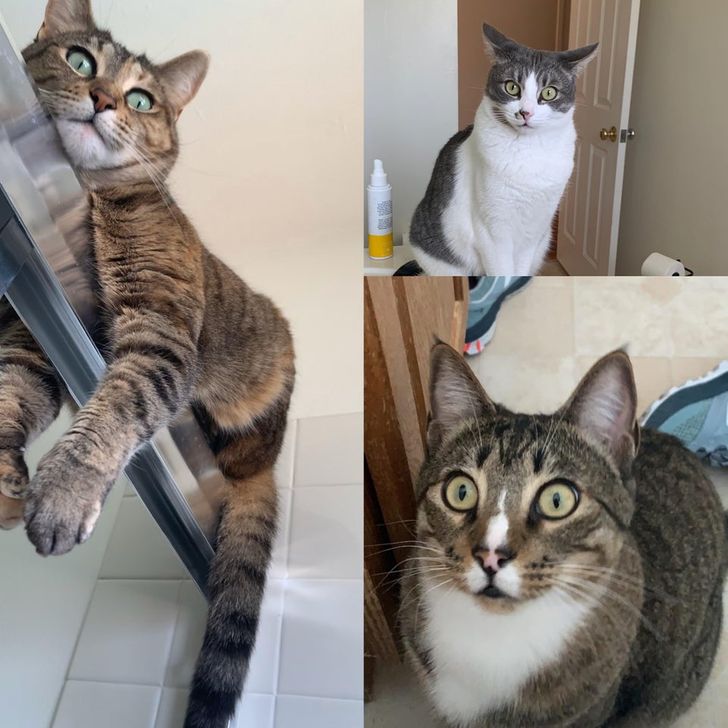 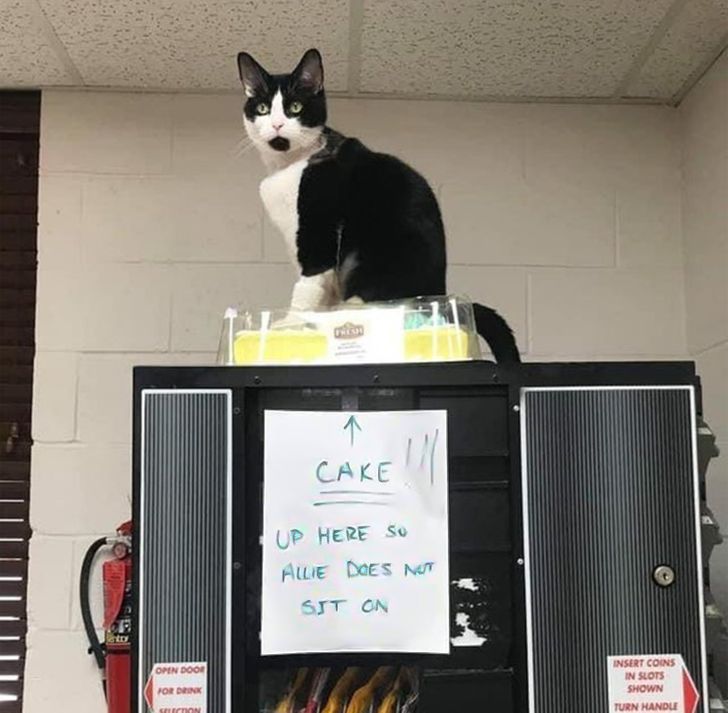 3. It has practiced standing on two legs, which makes life easier. 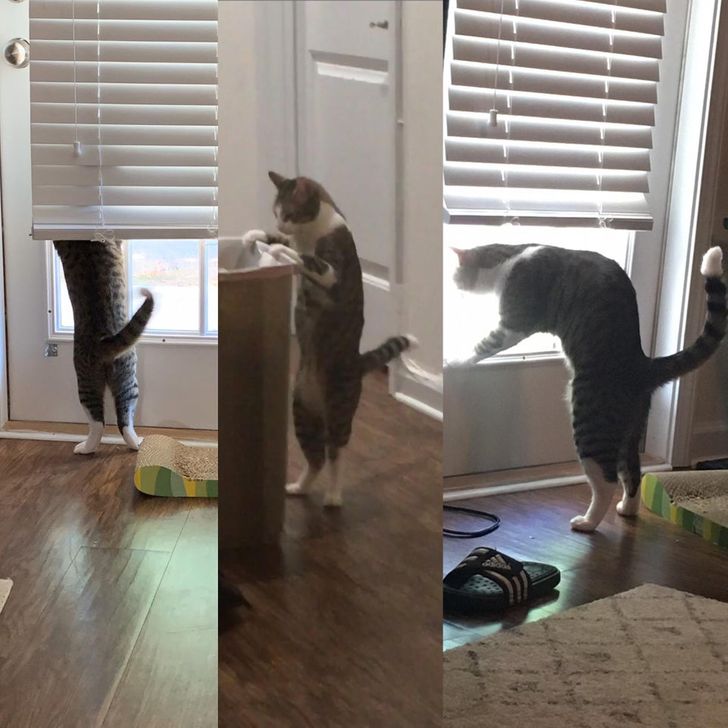 4. No boxes are safe or secure with cats in the house. 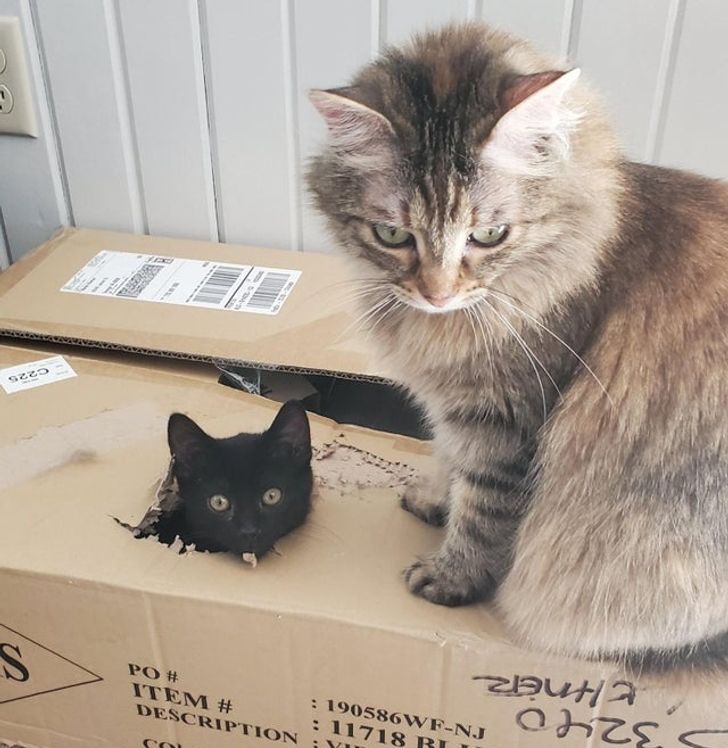 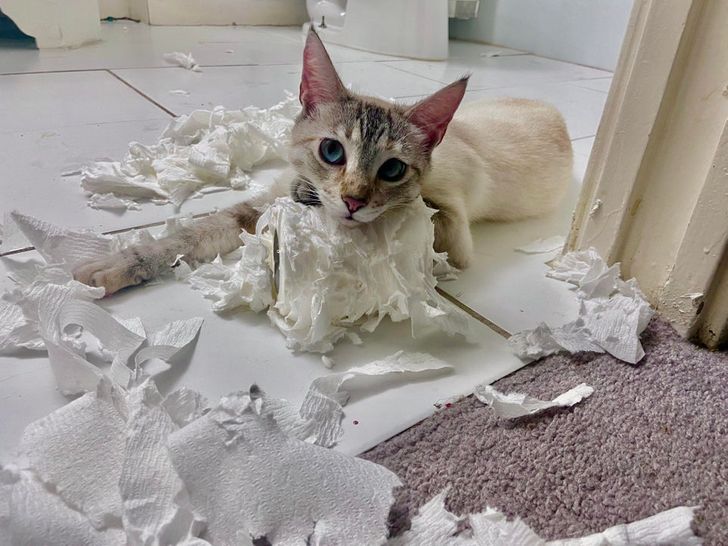 6. Spider-Man has arrived on the scene. 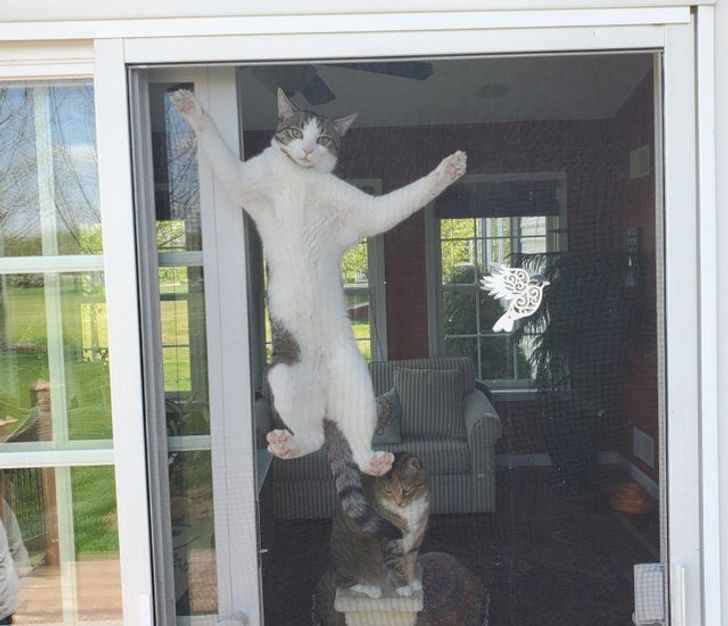 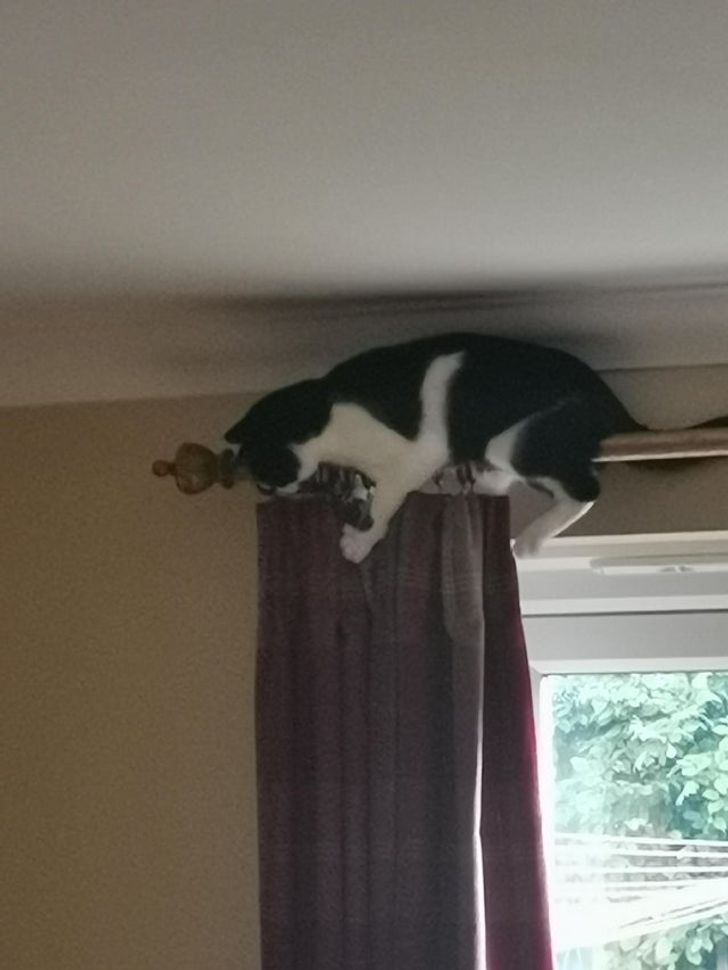 8. Their bed looks the most comfortable in the world. 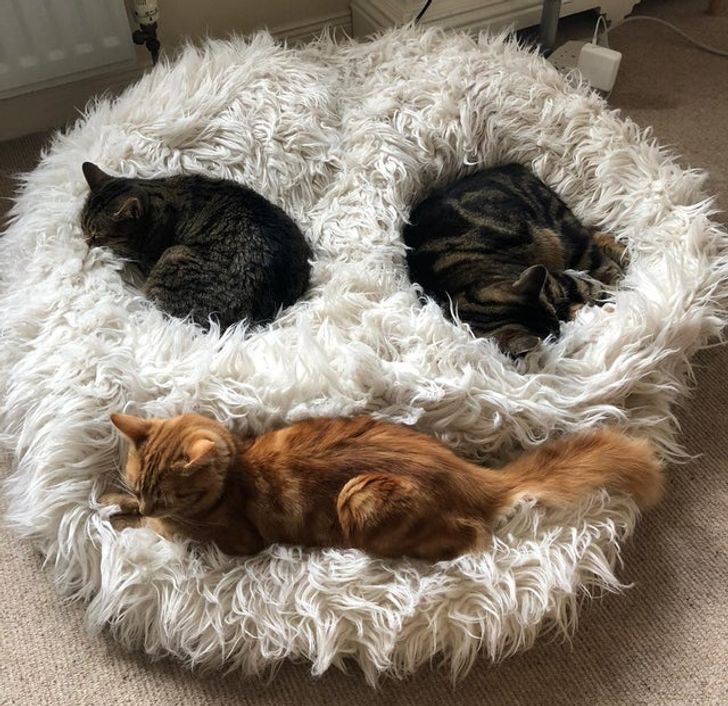 9. Mommy wasn’t paying attention so this is how her cat decided to improvise. 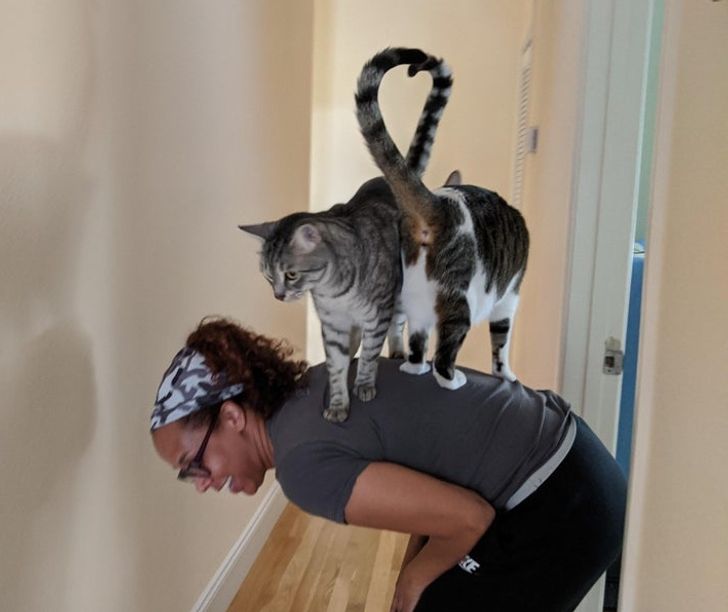 10. When they announce a potential heatwave on the TV and you start acting like you haven’t felt more heat in your life. 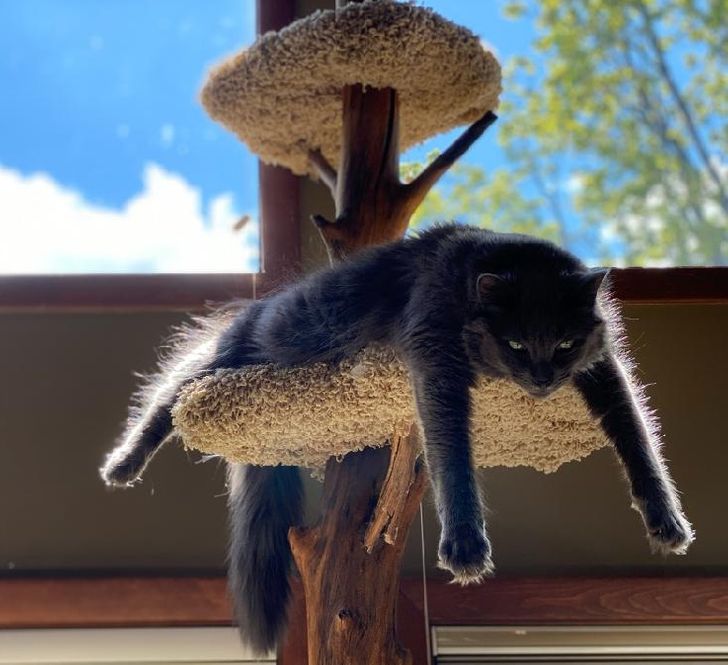 I absolutely love cats. It is so fun to see any type of content that involves them, you just can’t get bored. And it also makes you happy that the animal is living a well-deserved, happy life. An exciting life of their dreams. A life that is certainly better than the ones we see in reality TV shows.

Scroll down below to enjoy more pictures.

11. I have just seen a cat laying upside down on top of a cupboard. 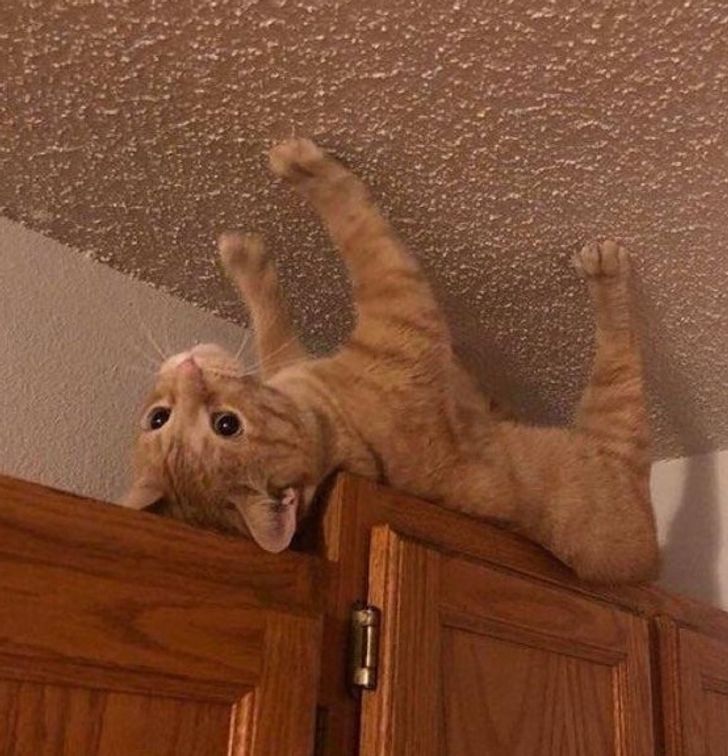 12. They were on a mission and looks like they succeeded at it. 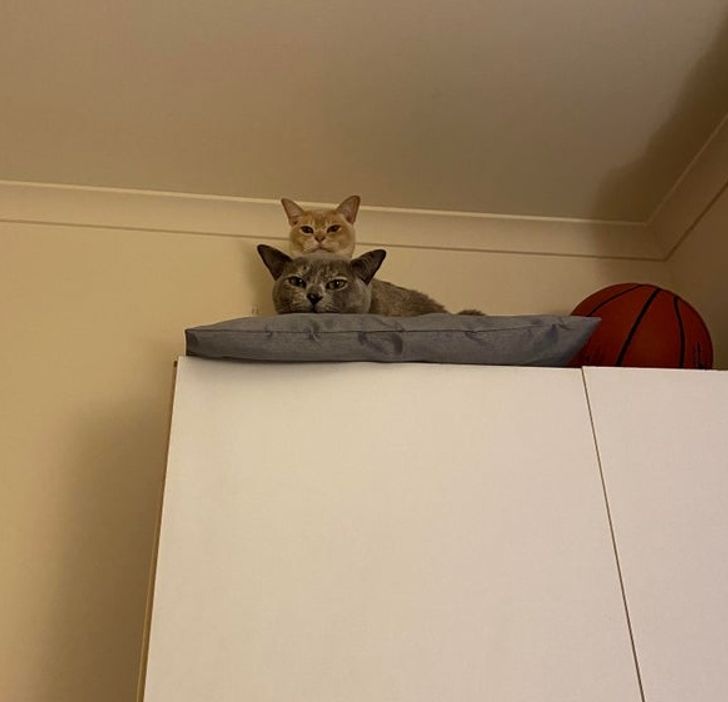 13. Everyone has their own cabin to eat in, what a luxury. 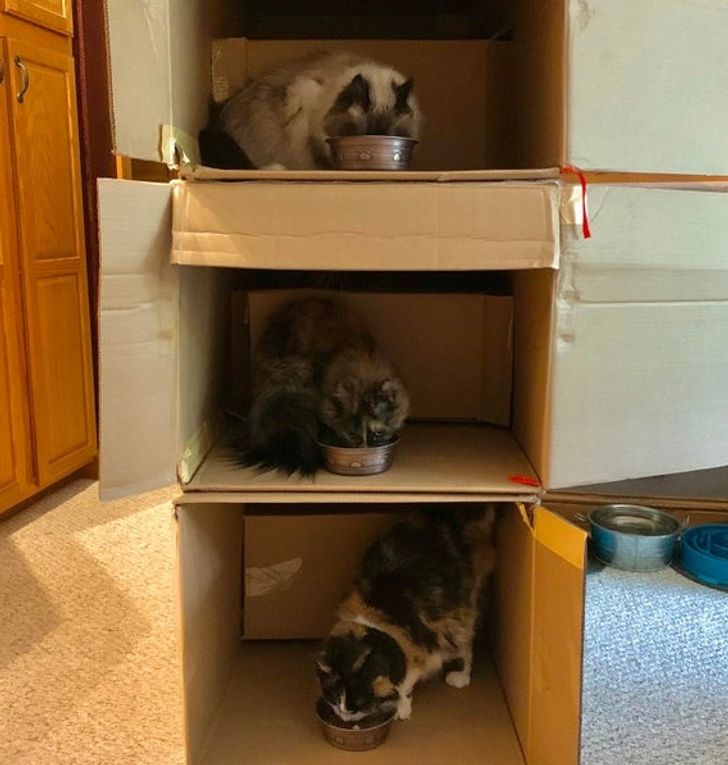 14. Now that it knows how to stand up on two feet, it is now learning how to deal with mirror reflections. 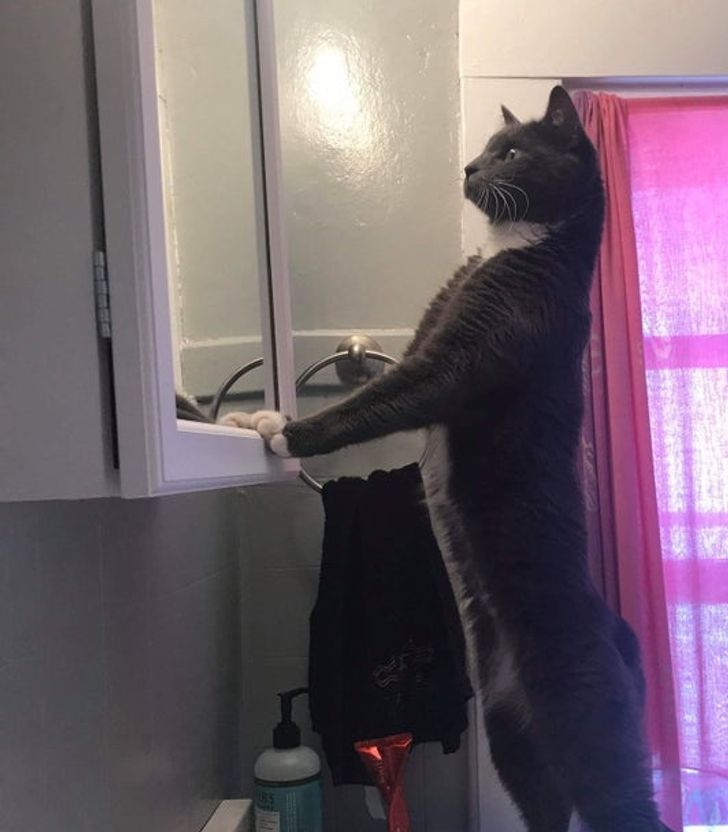 15. Just making a repair under the table. 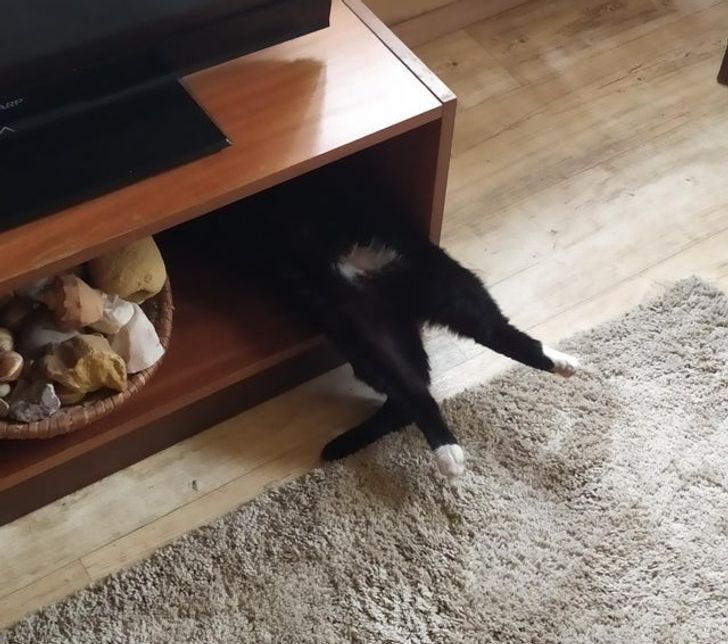 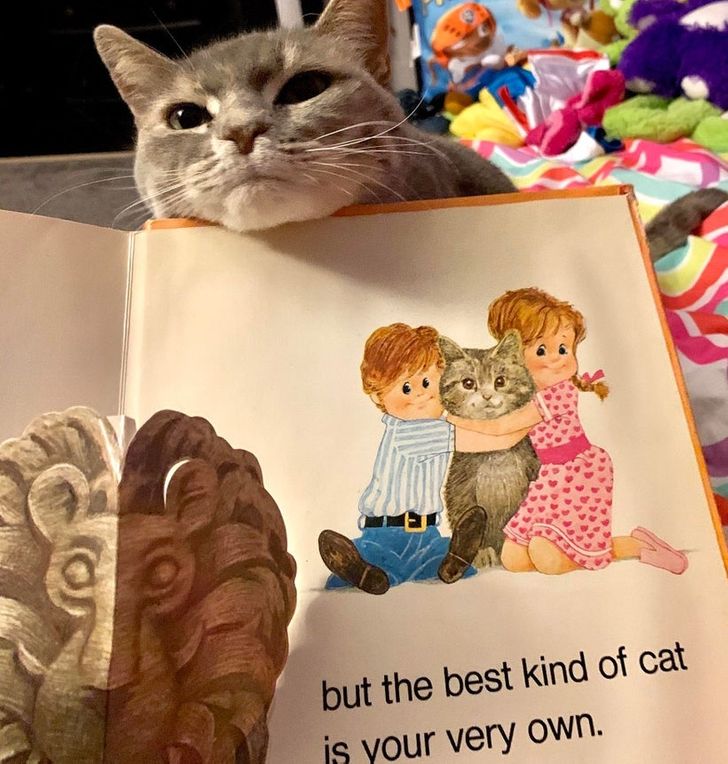 17. If living on the edge was a picture. 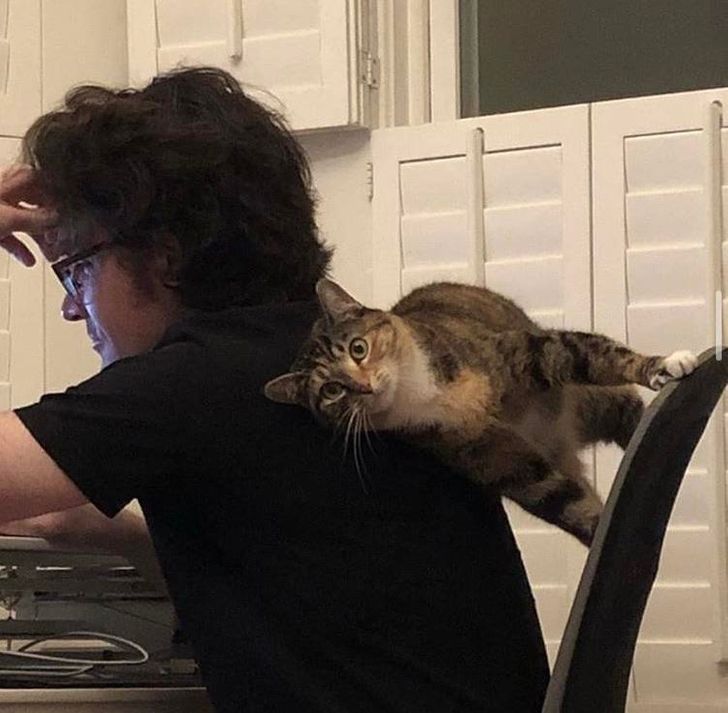 18. You know you are a creature of your own mind when you prefer to sleep over this gorgeous adventure. 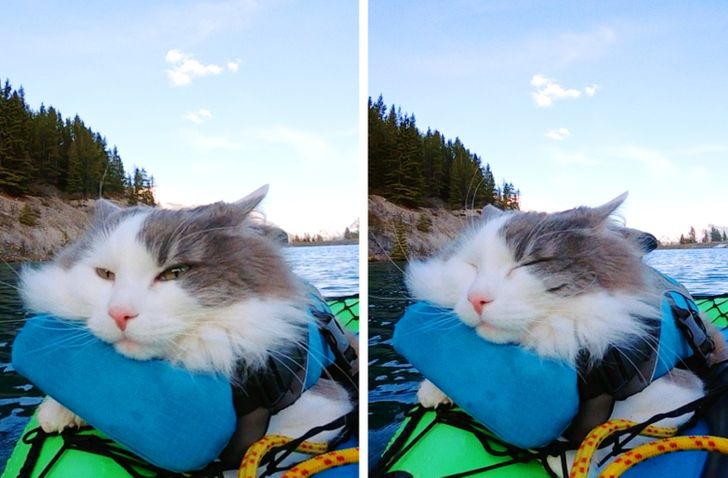 19. He felt nice in the warm dishwasher and didn’t want to come out. 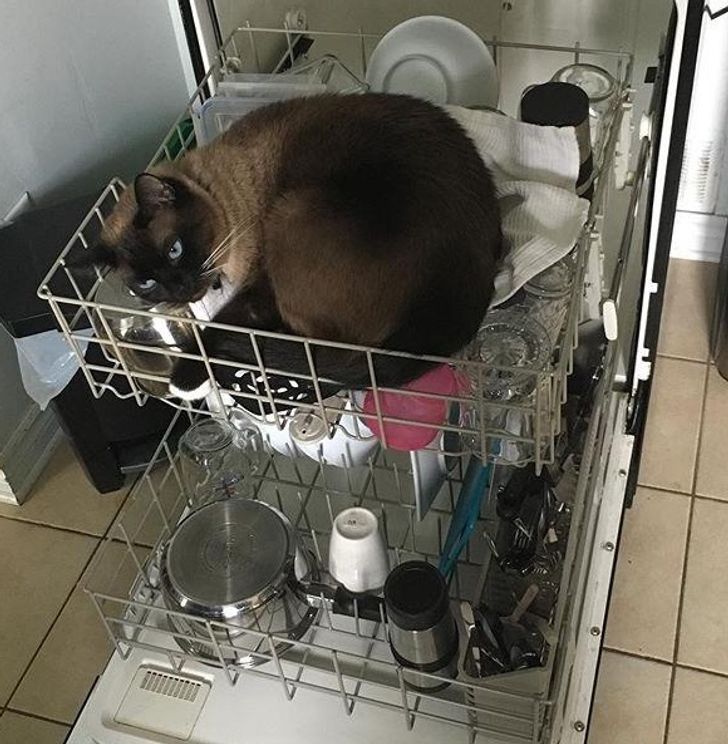 20. Two very spoiled cats relaxing in their own beds like kings. 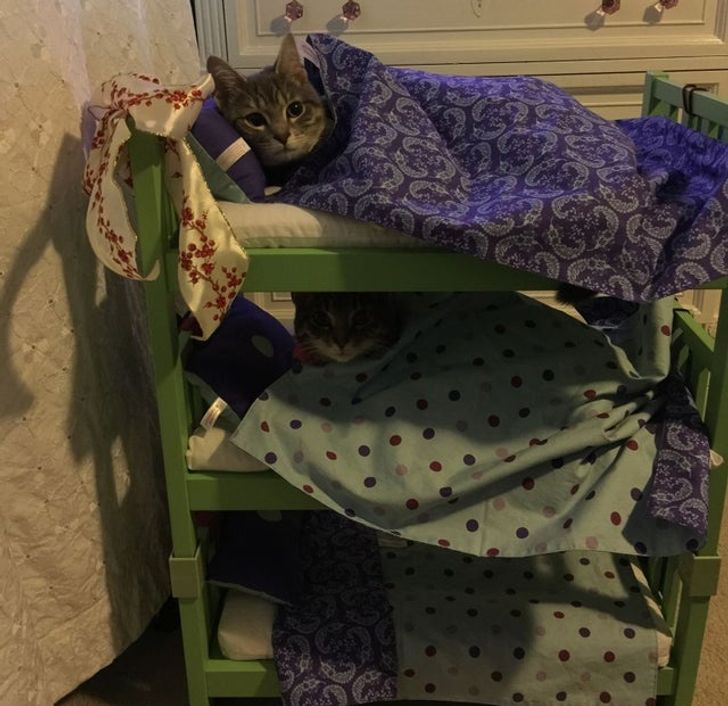