It is said that cats can be criminally intelligent.

They are very wise and clever. That is mostly because of their survival instincts. They are very good at surviving on their own in the wild. Cats are self-sufficient and do not depend on anyone for their survival. However, that is not always the case. Sometimes, cats can be really silly and well, not intelligent. This is primarily the case with house cats. I guess that when they spend so much time indoors and away from the wild, their survival instincts get pushed to the back of their heads and then they just play around with their one brain cell. House cats can be really funny and stupid. You would put a piece of food in front of them but they would still sniff your hand looking for it. Even if you give your cat a clean bowl full of water, it would prefer drinking from the toilet or the bird bath. Weird, isn’t it? Yeah, cats are like that. They are not always the smartest creatures. Dogs just have a bad reputation for being stupid. Cats can be their equals too. You just need to spend enough time with them to see their actual IQ. Every person with a cat knows that they are not the brightest creatures. Sure, they can be clever sometimes, but mostly, they are just derps. If you do not know what I am talking about, just hold on. We’re getting there.

People have shared tales of their cats’ stupidity on the Internet and it is making rounds. Apparently, a lot of cats are running on just one brain cell. Scroll down below to read their stories and enjoy a laugh or two: 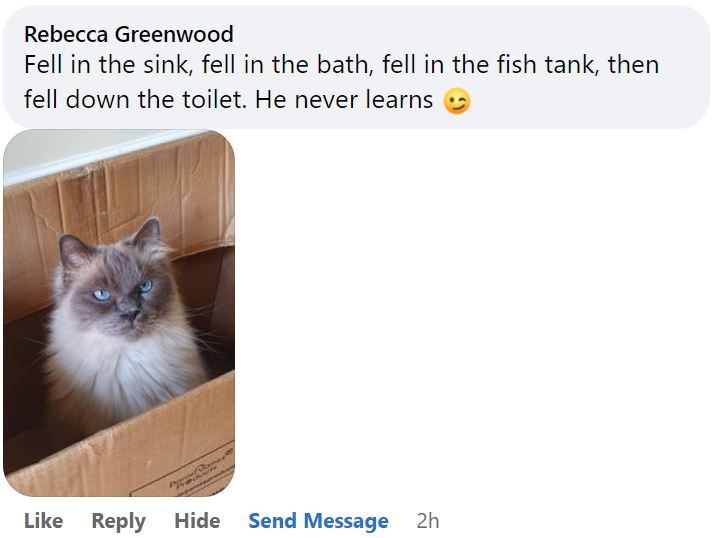 I love the cat’s name though. Scoodledee. 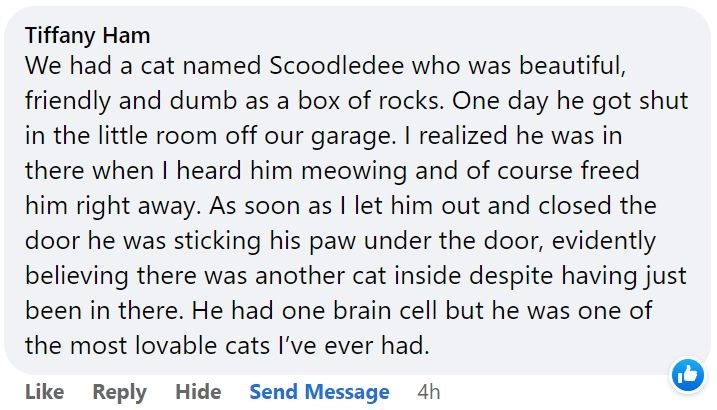 They always make up for their silliness by being so adorable.

They also do not know how doors work.

“Ma! Get this octopus off me!”

The cat was bamboozled.

You should probably get used to that now.

Do you see these hilarious but adorable cat stories? These prove that no matter how silly cats can be, it just makes us love them more. They are pretty good entertainers. You will never feel bored while watching a cat go on about with its shenanigans. It is a true joy to watch a cat play around. Scroll down below for more cat stories.

Sit down, snake. You are no match for me.

Poor mouse got squished under that catto butt. 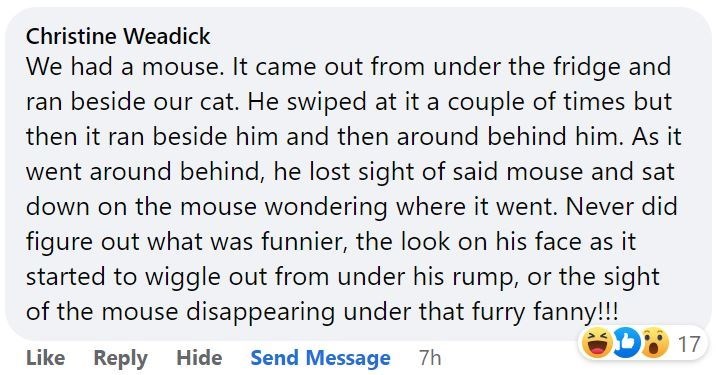 They can do this for hours until the bug gets tired. 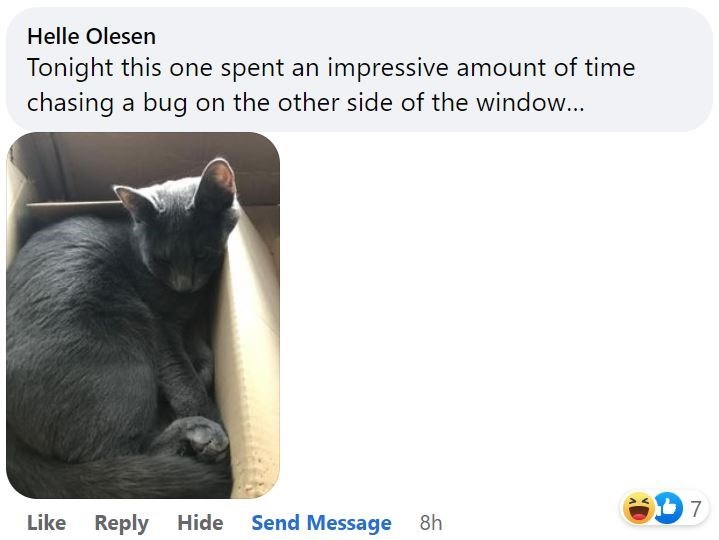 What is the stupidest thing your cat has ever done? Share your stories with us in the comments below.