There’s something called the “mirror test” where a creature is put in front of a mirror and given certain stimuli to see if they can recognize that the reflection is in fact themselves. Most animals can’t recognise their reflections as a different creature, including small babies and cats. So, when you see your cat fighting with their reflection, they’re not doing it to be cute. It’s because they simply don’t register the mirror as an entity.

See, cats work based on scent and since a mirror has no scent or sound, they don’t register it as anything. At best they might see it as another creature pretending to be a cat, which is why they’re often so confused by a mirror if they do acknowledge it in the first place. Many people have cats interacting with mirrors in their home, and if you wanted to see what they saw, look no further.

#1 “Looks like I adopted the self-cloning model of a cat. How many Leos can I expect?” 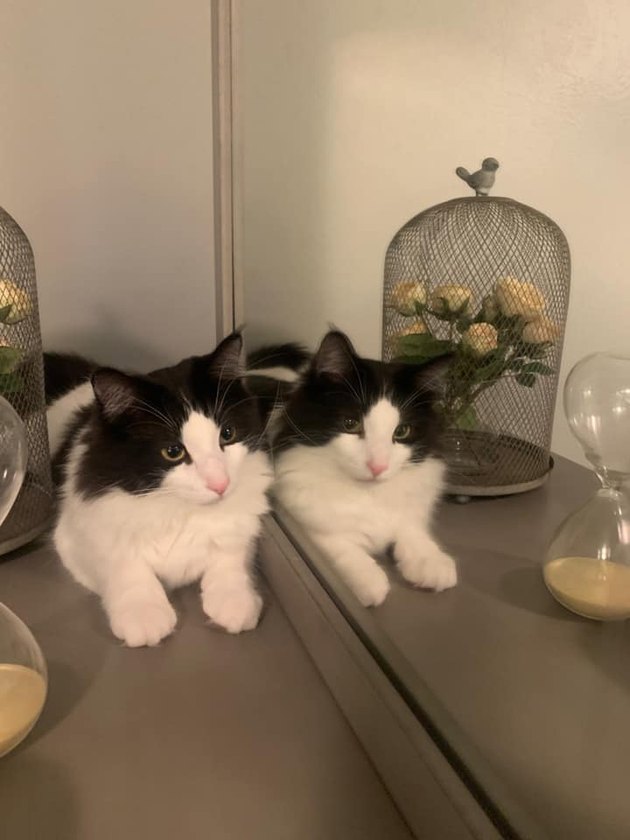 Hillspet did a wonderful article on it:

There’s scientific evidence to support the claim that many animals do (and don’t) recognize themselves in a reflection. Scientific American writes that when an animal glimpses itself in a mirror, “it may not understand ‘That’s me!’ in the same way as a human would, but it may know that its body is its own and does not belong to someone else.” Examples of this understanding include instances when animals recognize the abilities and limitations of their own bodies while performing physical activities, such as running, jumping and hunting. You’ll see these concepts in motion when, say, your cat jumps to the top of the kitchen cabinets.

#2 “Help, my cat might be a narcissist – he got spooked 🙀 when he first saw himself in the mirror, but then he just sat and stared at his reflection for a half an hour” 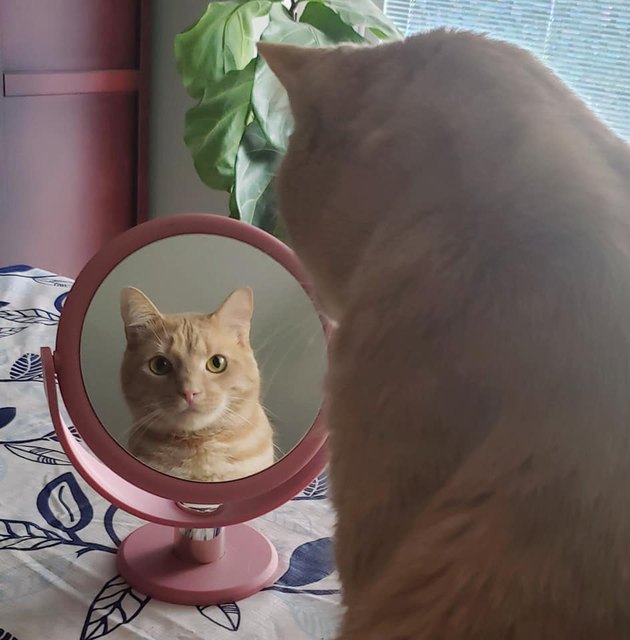 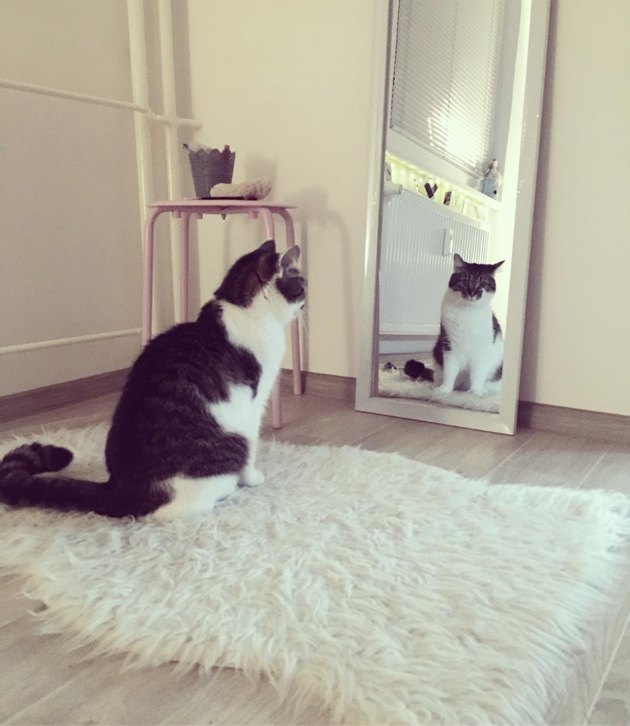 Studying animal cognition is difficult, as you may well imagine, and testing can be problematic for various reasons. Scientific American references the issues with the “red spot test,” also called the mirror self-reflection test, a well-known study conducted in 1970 by psychologist Gordon Gallup and published in The Cognitive Animal. Researchers placed an unscented red dot on a sedated animal’s forehead and then observed how the animal, upon waking up, reacted to its reflection. If the animal touched the red spot, Gallup hypothesized, it was an indication that the animal recognized the altered state of its own appearance: in other words, self-recognition. 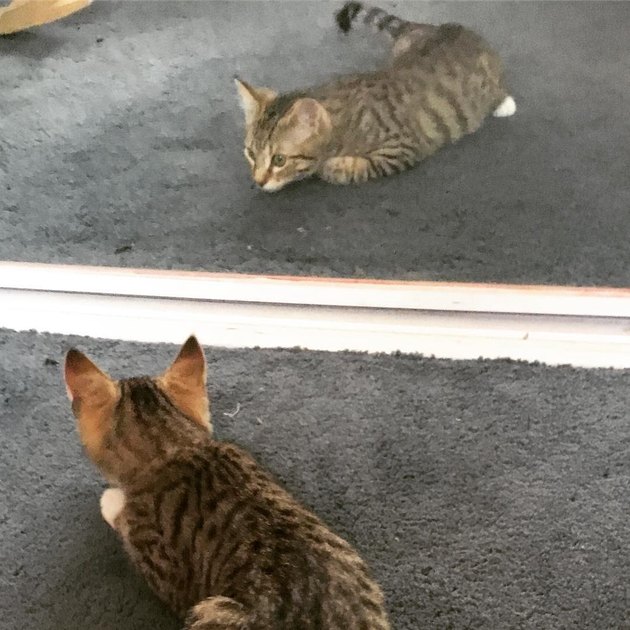 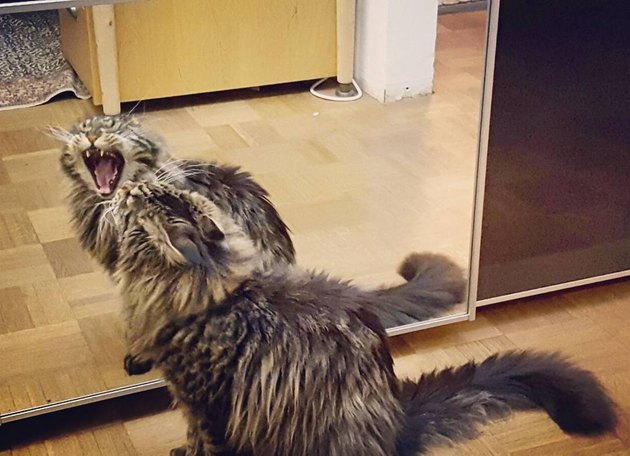 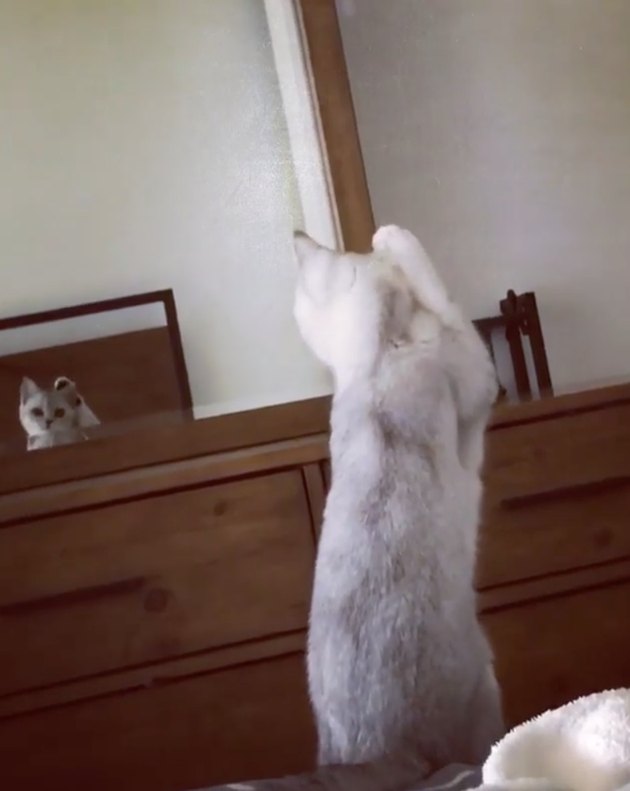 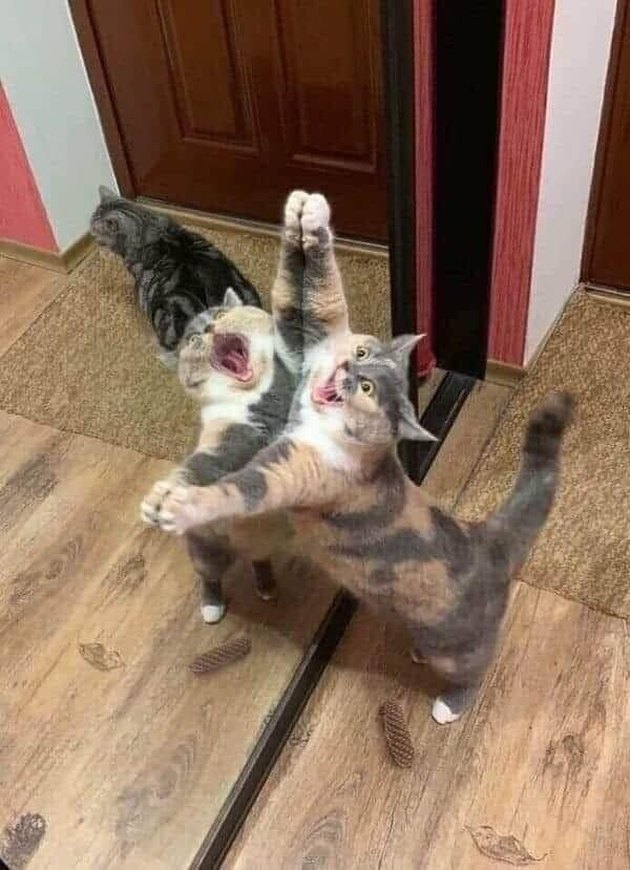 The failure of most animals is not surprising, some critics say, because many creatures simply don’t know what they look like. Cats and dogs, for example, rely on their olfactory sense to identify pieces of their surroundings, such as their home, their pet parents and other pets. Your cat knows who you are not because of facial recognition but because she knows your scent. Animals that don’t have an instinct to groom may also recognize a red dot on themselves but not feel the need to remove it.

#8 “Tower, we’ve spotted an unknown earcraft on our runway but it has the same tail letters as ours. Please advise.” 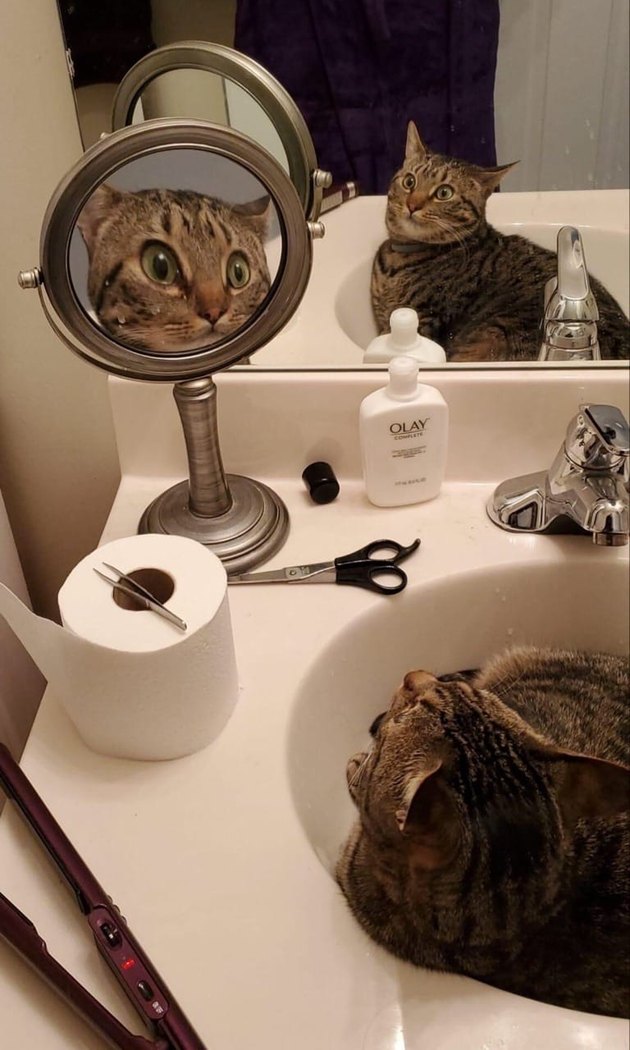 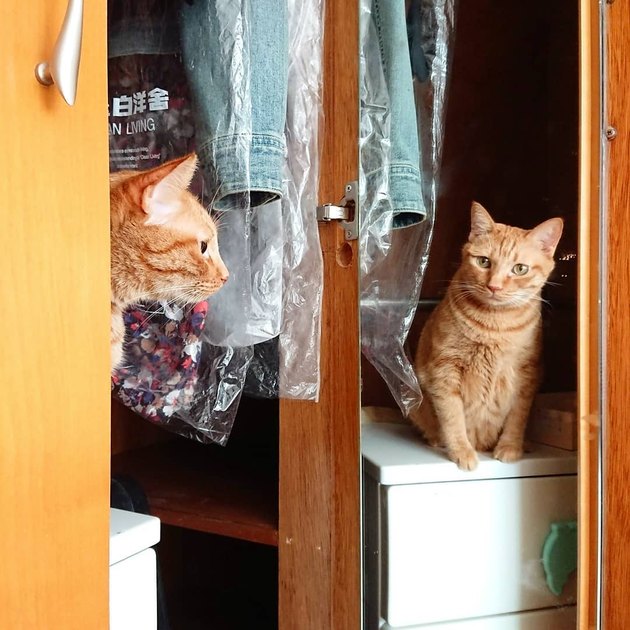 #10 “My friend’s cat Gillean sits in front of the mirror and speaks to the elder gods daily. 13/10 powerful aura.” 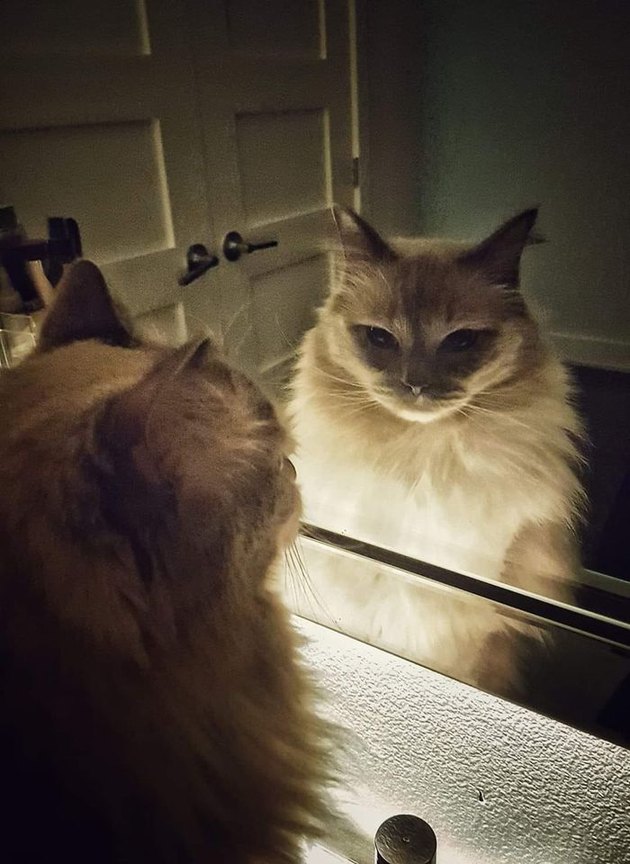 What did you think about this cat vs cat showdown? How do your pets interact with mirrors? Tell us down in the comments below!