Every day we get to hear such strange family dramas on the internet. Those stories are extremely bizarre and unusual. We just can not get ourselves to believe them. We can only truly trust our family with everything, that is what families are for but when even they turn their backs on us or betray us, that is the worst kind of heartbreak ever. A guy posted a story on his Reddit account about how his father recently found out his wife cheated on him many years ago and that there is a possibility all three of his children might not be his. Now, his enraged father is forcing all of his children to take a paternity test to prove they are his kids for his assurance or else he will cut all its with them and assume they are not his if they deny getting the test. Keep on scrolling down to read the whole story…

1. The guy started explaining the story with little background details. 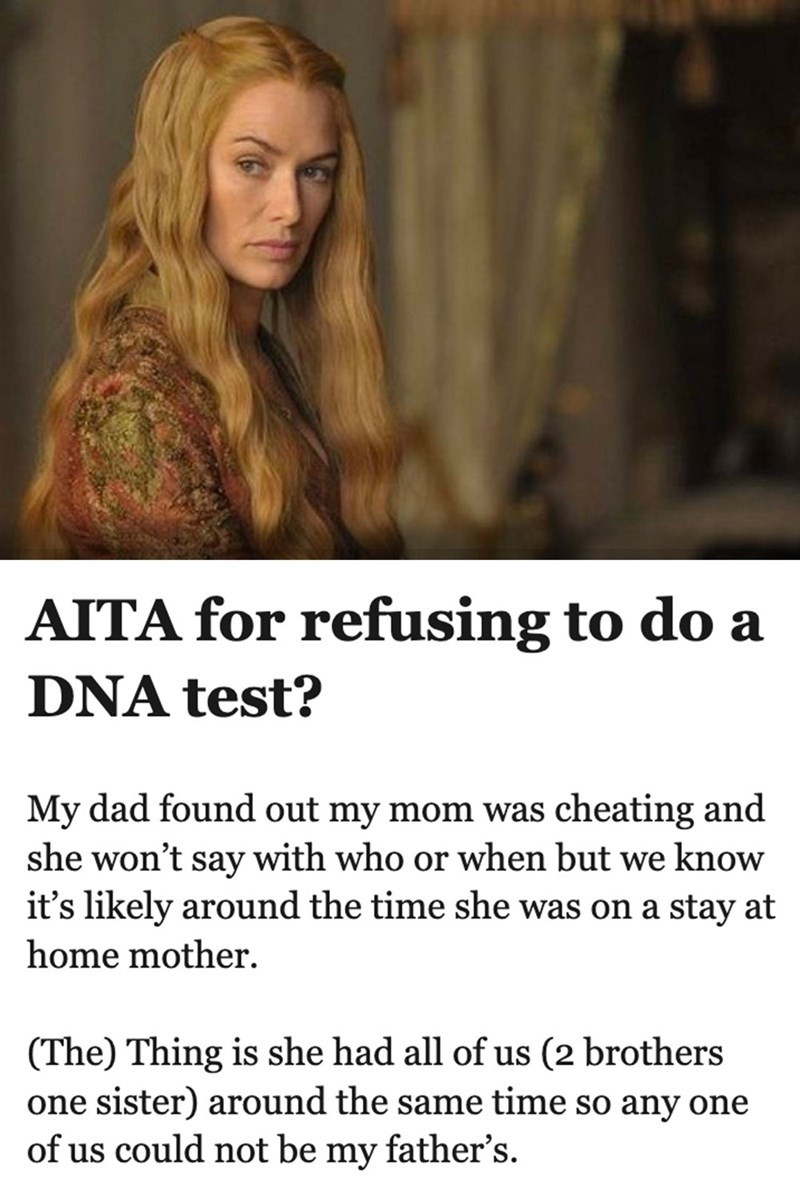 2. The father demands his children get a DNA test for his assurance or else he will not pay for their college. 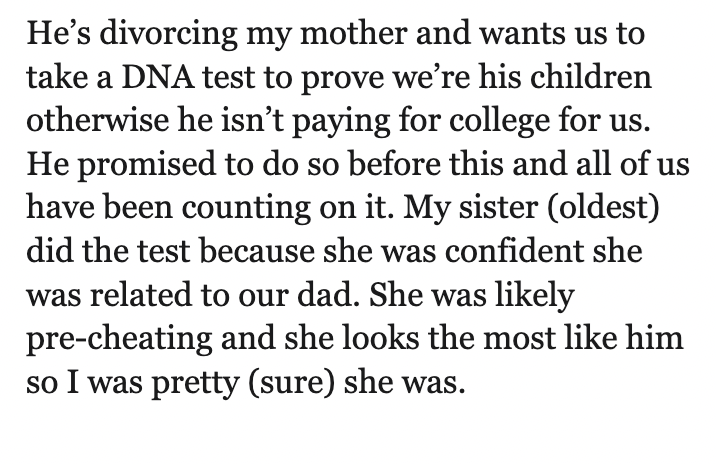 3. The guy said he doubts that he is not his father’s biological son because they do not resemble each other.

4. He is afraid to take the paternity test because if the results are negative then his father will abandon him. 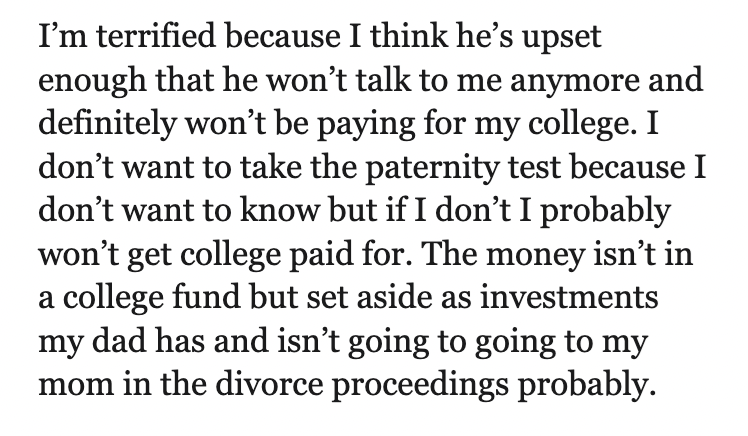 5. He is angry at his parents for punishing him for the crime he had no part in. We can not blame him for that, they both have ruined his life. 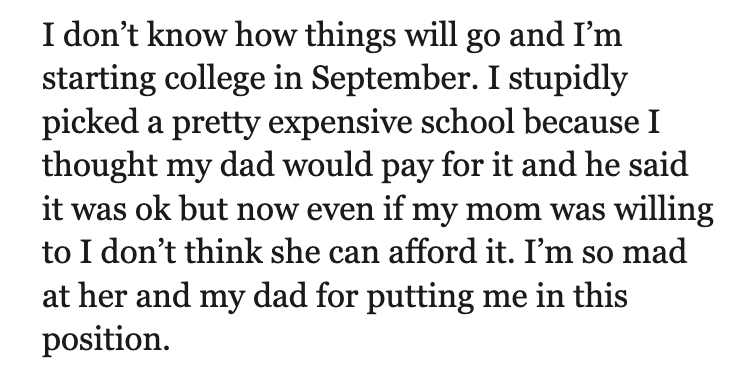 6. The father is being extremely inconsiderate, he will not listen to his children unless they prove they are his through a paternity test.

He is stuck in such a complicated situation. He has only two options but he is aware that he will lose either way no matter what the results are. I am super pissed at his mother for being such a horrible and selfish person. The son is getting the punishment she deserved when it was not even his fault, at all. The father is really pissing me off as well, he can not just blame his children for something they literally have no control over. He is taking out his anger on his children and he probably thinks this is his revenge on his wife but I am sure she does not really care about any one of them. If she did all of this would not be happening in the first place. The fight is between the parents but unfortunately, their children are paying the price of their parent’s misdeeds. Keep on scrolling down to read comments…

8. I totally agree. He should not punish you for a crime you did not commit, it is all his wife’s fault and she should be the only one paying the price for her misdeeds. 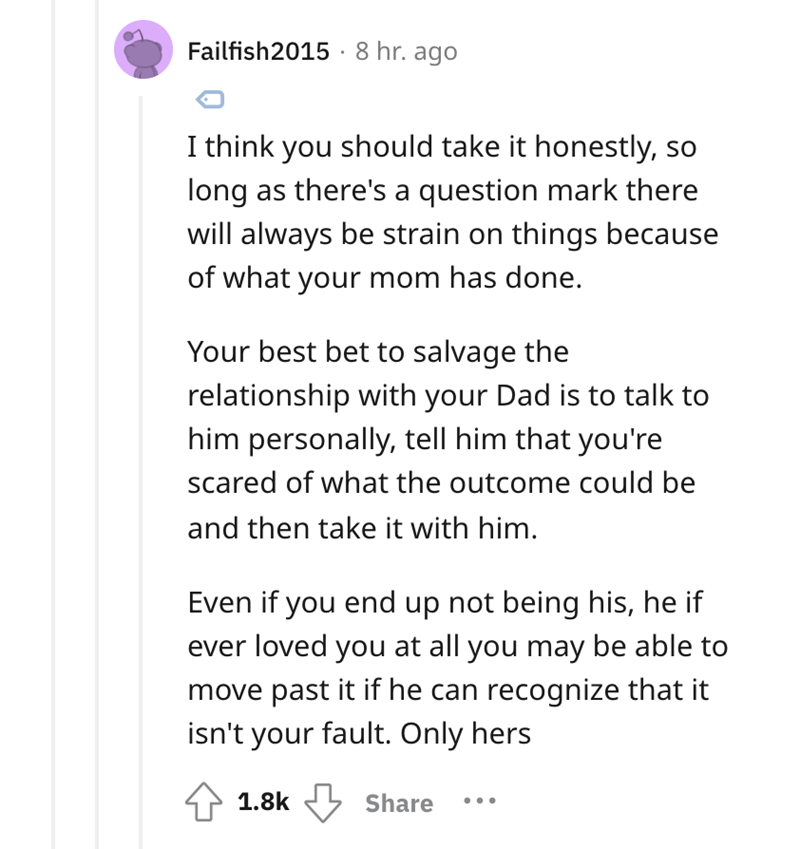 9. Raising a child and loving the child makes you a parent, it is not always about being blood-related. 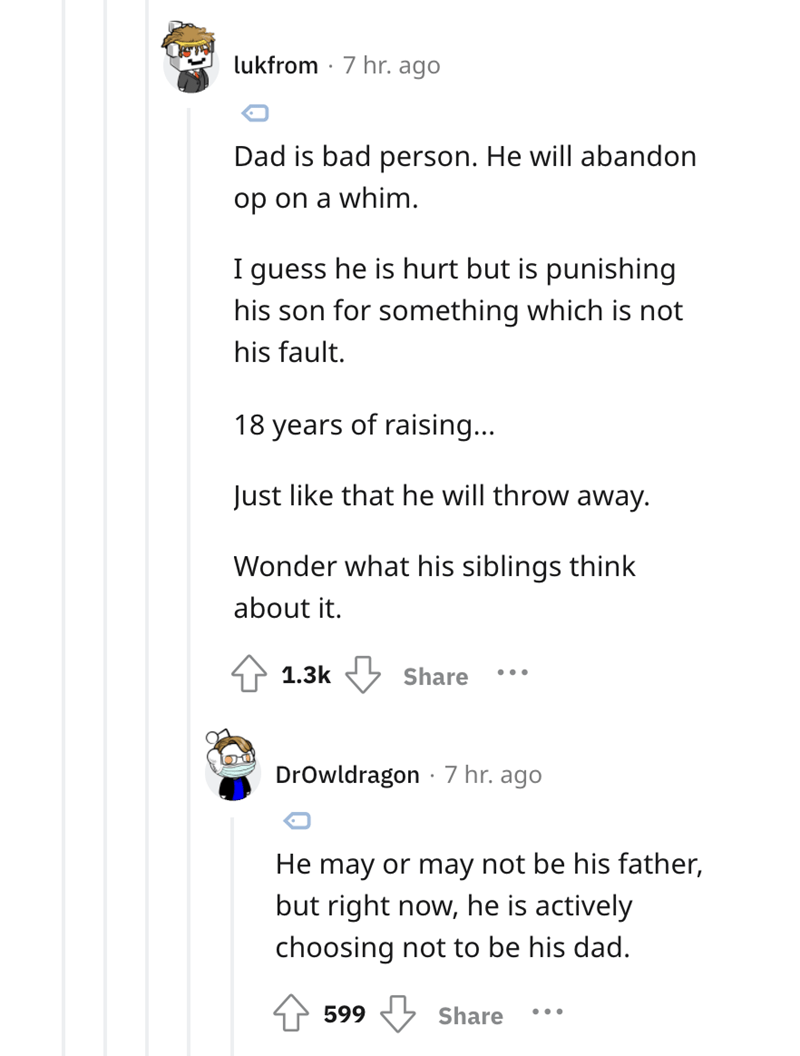 10. They should really sit down and talk it through and think thoroughly before coming up with any kind of decision. 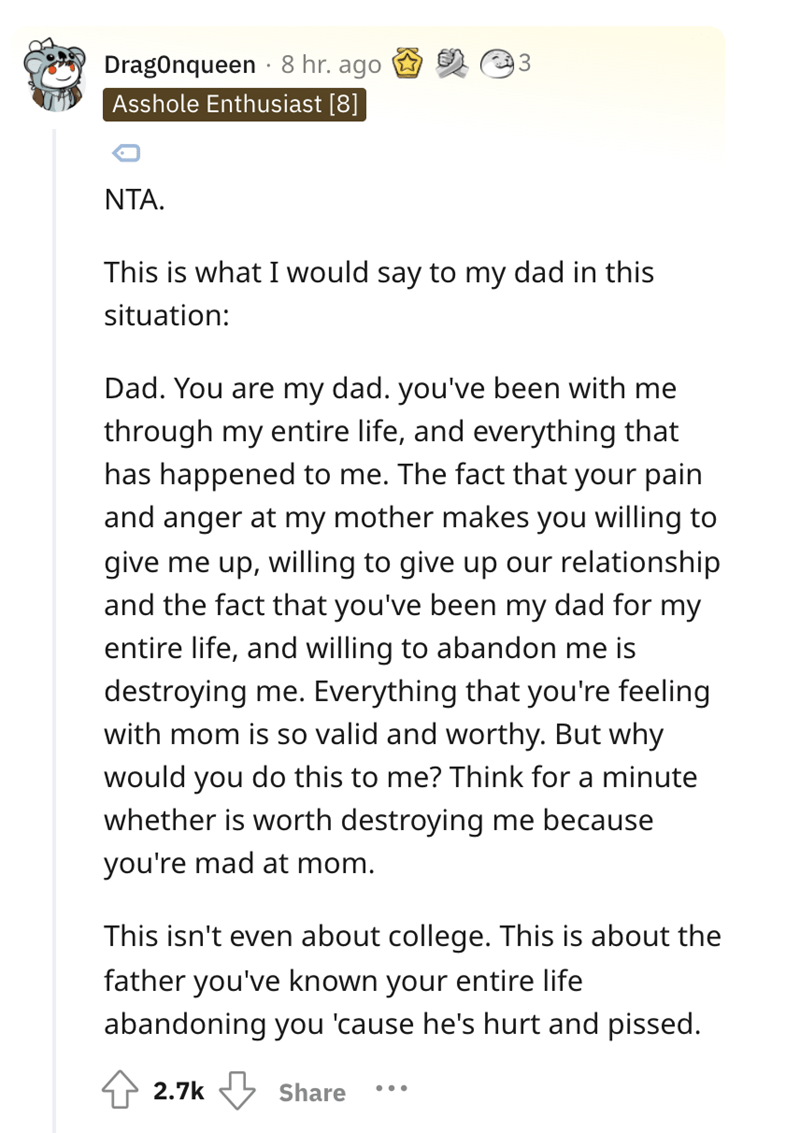 11. But I would say it is worth a try. He should not give up, sometimes people say a lot of mean things in anger but they never always mean them. If his father ever truly loved him then he would take him back no matter what the results are. 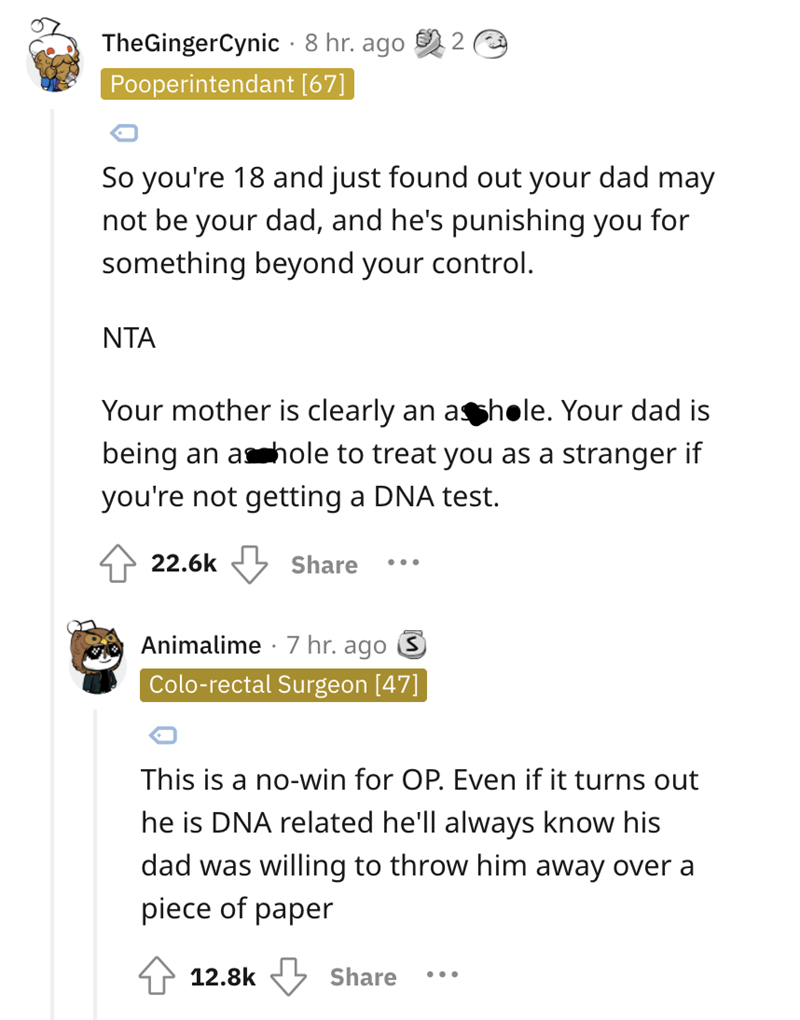 12. Aww, the internet hug part really saddened me. I would not wish such calamity even on an enemy. 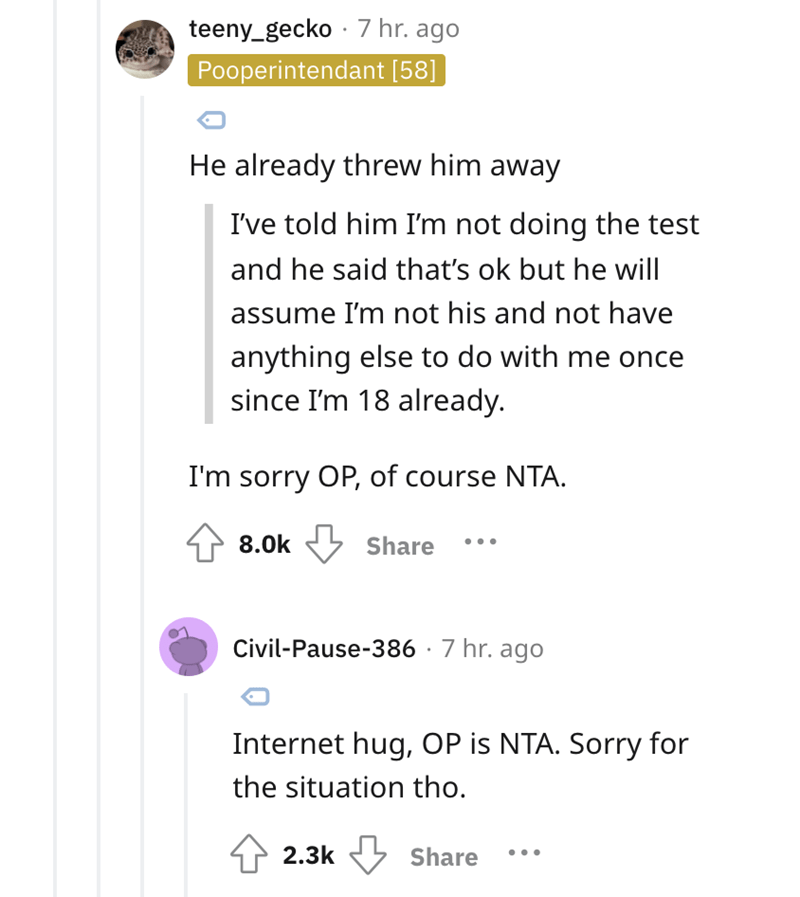 13. This is truly very upsetting to know none of your parents have your back. 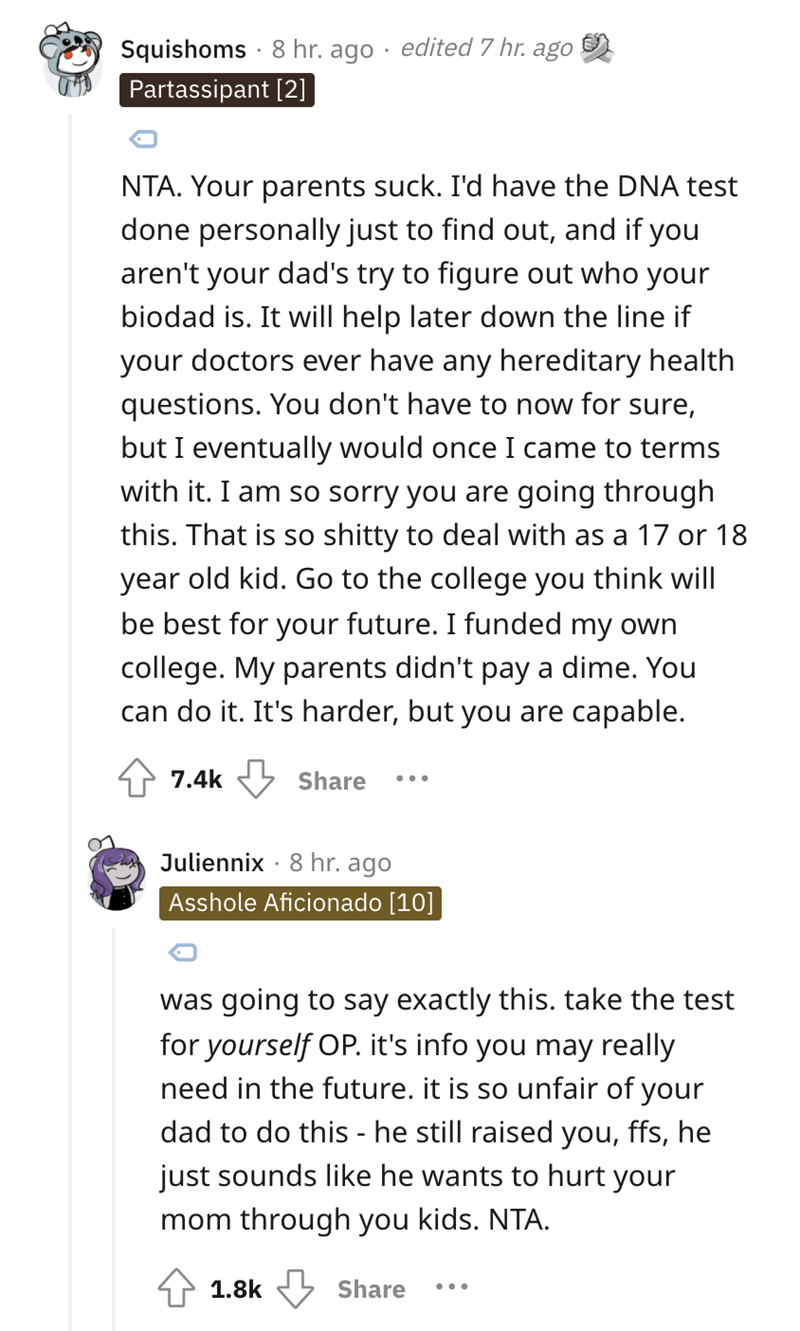 14. The mother is really infuriating me, how could she be so selfish?! 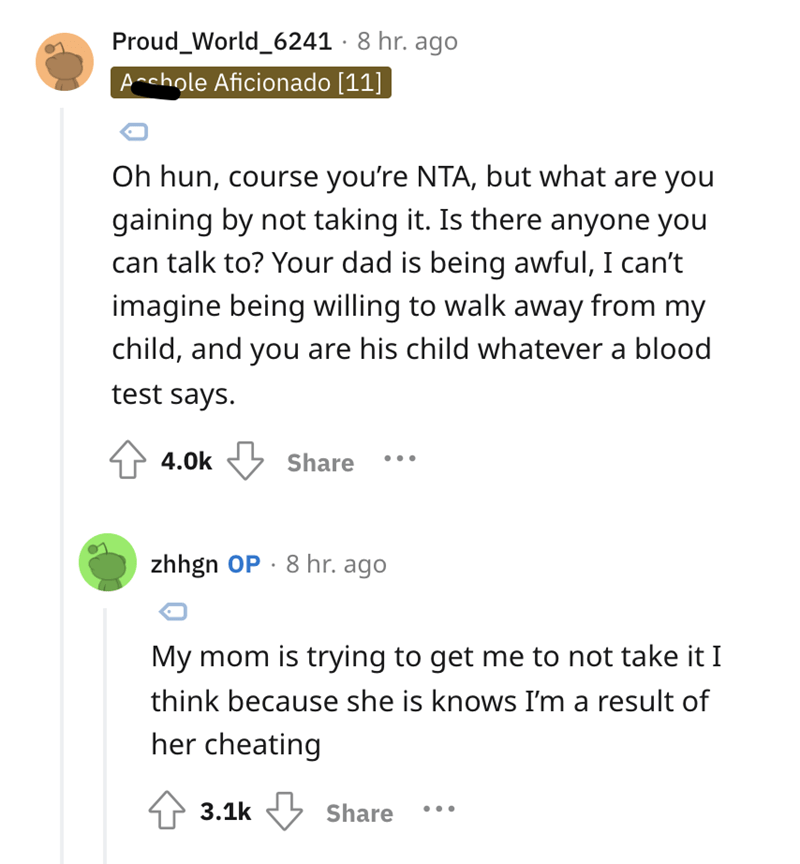 15. This is right, the dad is not helping in this situation at all. He is no saint too. 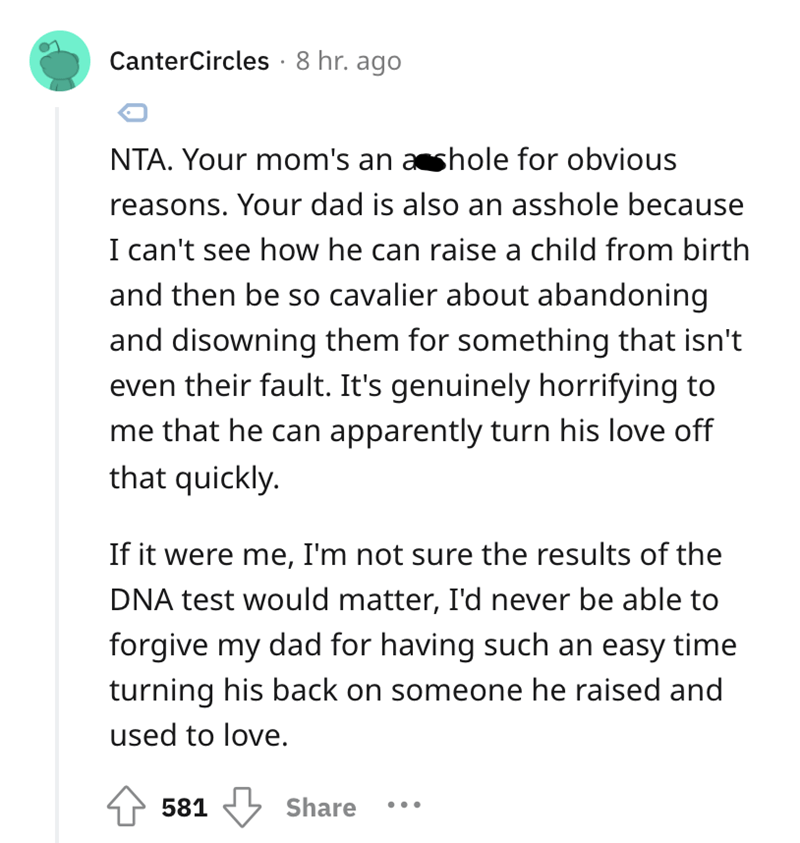 16. The father does not realize that this terrible revelation of his wife cheating on him has ruined not only his but his children’s life just as much if not more. 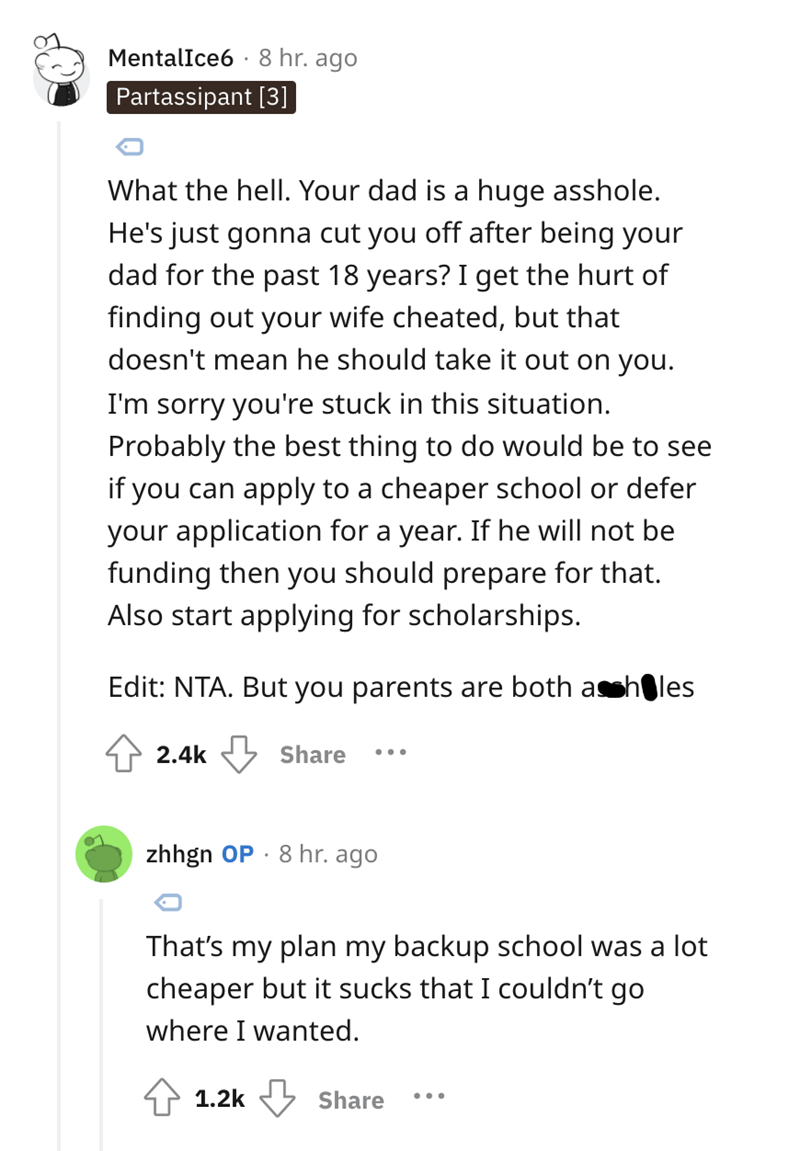 The poor guy really has no other option than to make his dad realize that he will always remain his son, not by blood but by love. I hope things work out for him. What are your opinions on this? Tell us in the comments down below…