Bosses can be real jerks sometimes.

Work is not always that bad if you have a good boss. A good work environment consists of nice colleagues and an understanding superior. If you have a good work environment, you are more likely to be more productive at work. However, some bosses make it impossible for people to have a good day at work as they are just coming for their workers’ throats. Bosses need to be calm and also take care of their worker’s needs such as a fair salary and flexible timings at work. Not a lot of people do good under pressure so being nice just might work better.
This Reddit user shared a story of an entire team of developers quitting their jobs and working for someone else after their CEO said “If you want to work from home, go work somewhere else.” They took it quite literally and indeed started working from home for someone else. During harsh times like these, the CEO really underestimated the development team. Scroll down below to read the whole story:

Rude ceo doesn’t allow workers to work from home eventhough they were working from home and it was the start of the pandemic.

The covid situation was still bad and the team was comfortably working from homes. 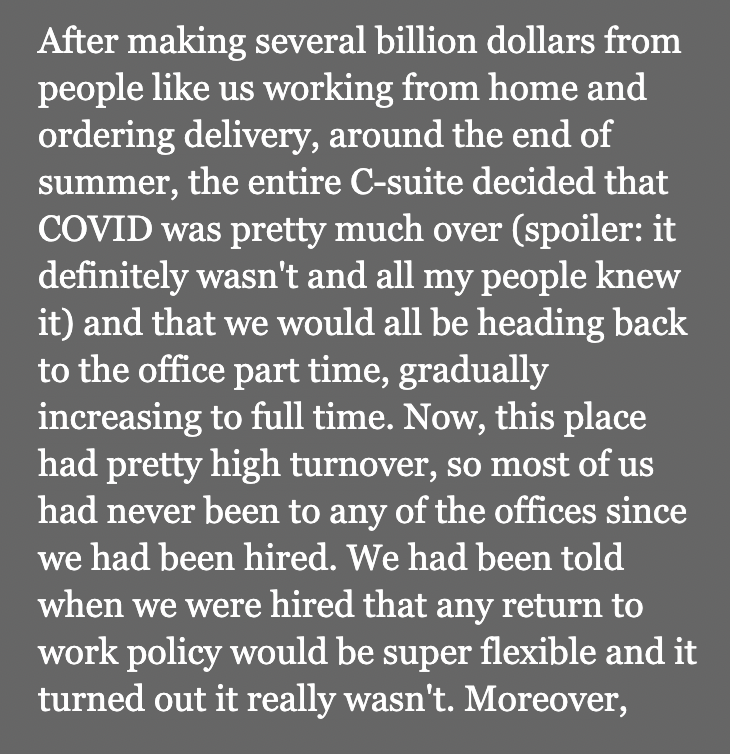 People who were working remotley were asked to move to the city for office work without any compensation.

The entire team was really furious about this and they questioned the CEO but he asked them come needlesssly. 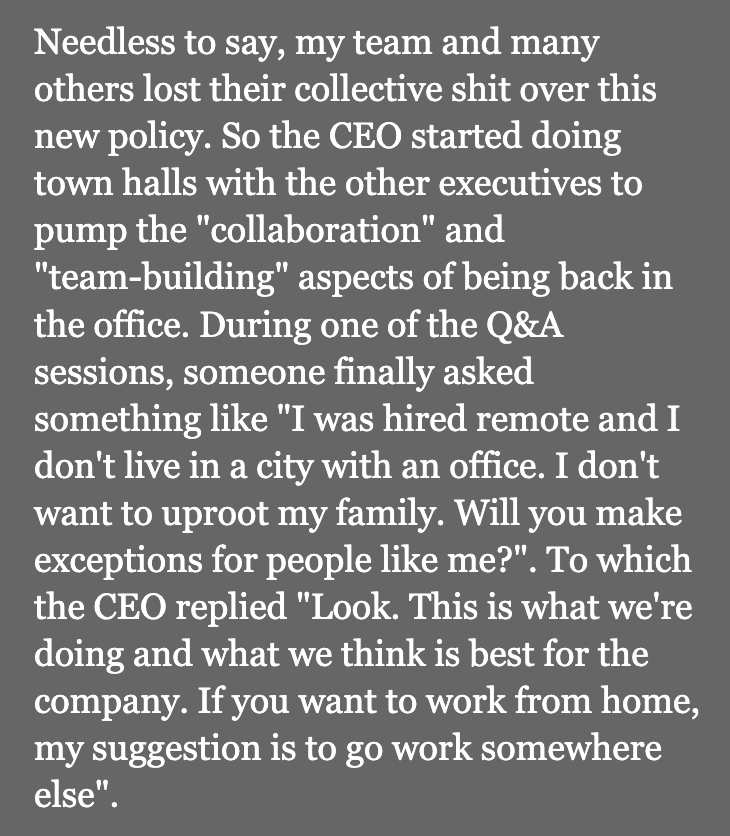 People didn’t go to the office and the attendance was cut to half. 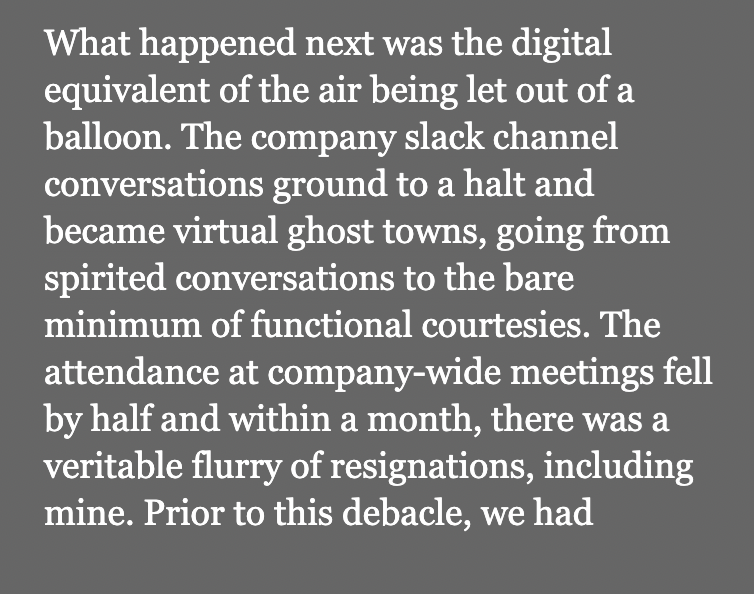 The employees were barely getting paid in the first place and the boss asking them to come in quarintine period only made it worse.

When OP left, pretty much the whole team left too instead of two people and karma played its role for the company. 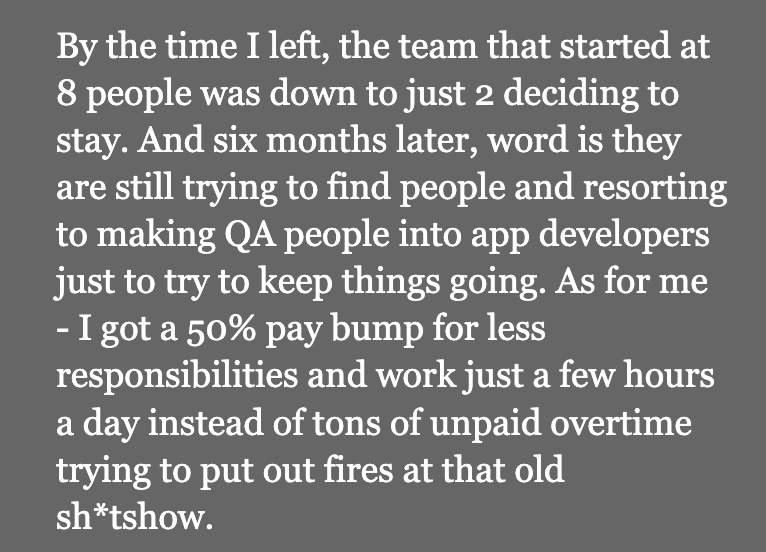 In my opinion, I think the developers did the right thing. It is not necessary for them to work with someone who is barely flexible when it comes to the team’s wellbeing. They stood up to their boss and ended up in a happier place. That is all we want for every worker out there. 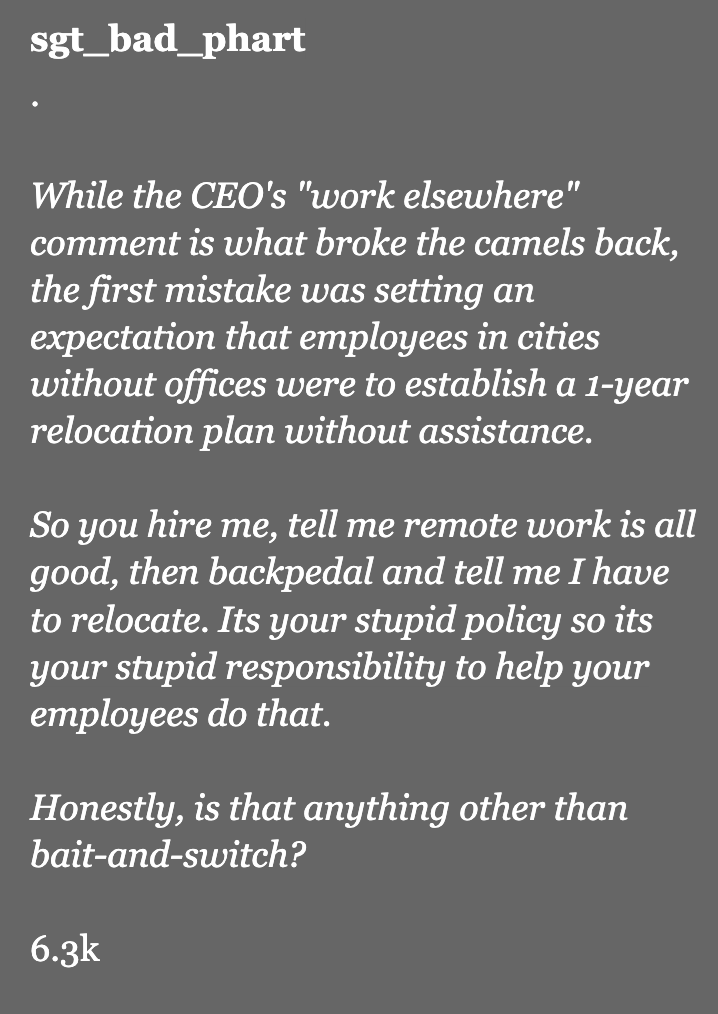 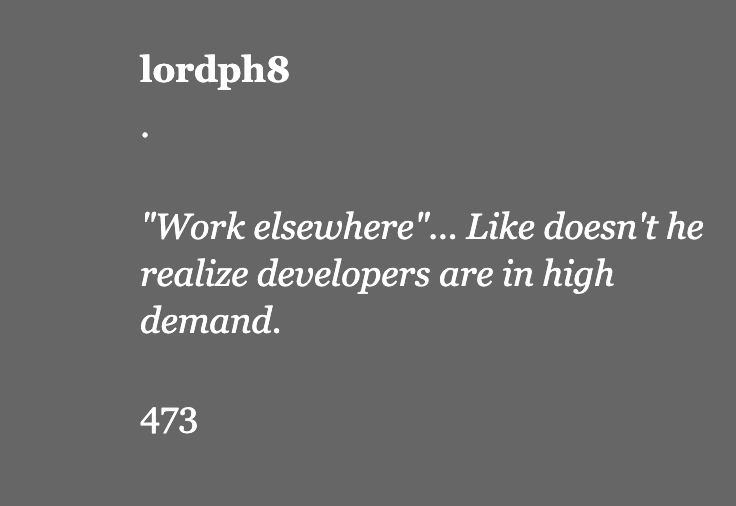 Everyone called out how workers are in high demand right now. 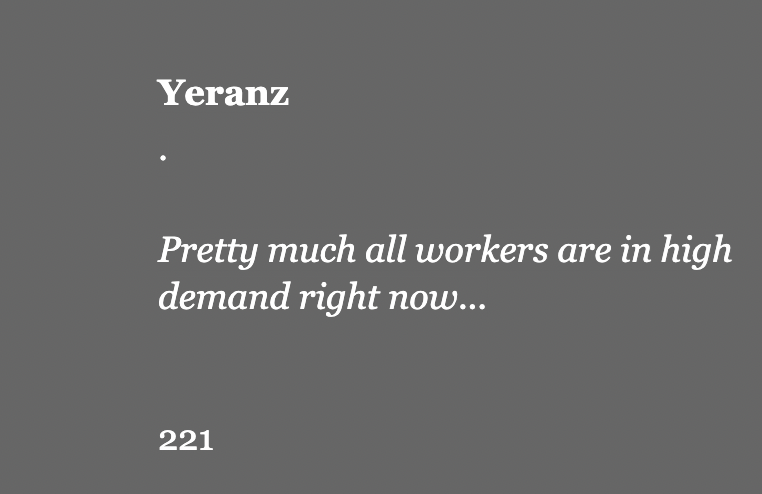 Some people even made fun of the company. 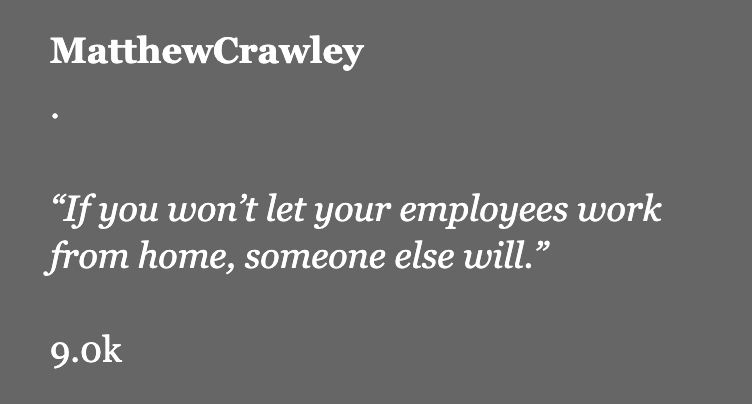 This redditor stated the obvious. 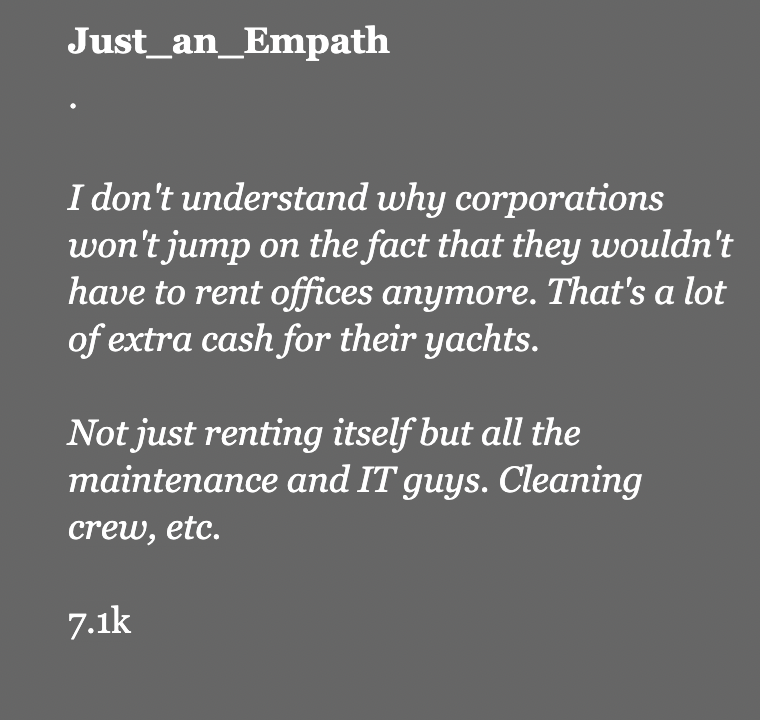 Do you think people can be productive when they work from home? Share your thoughts with us in the comments section below.