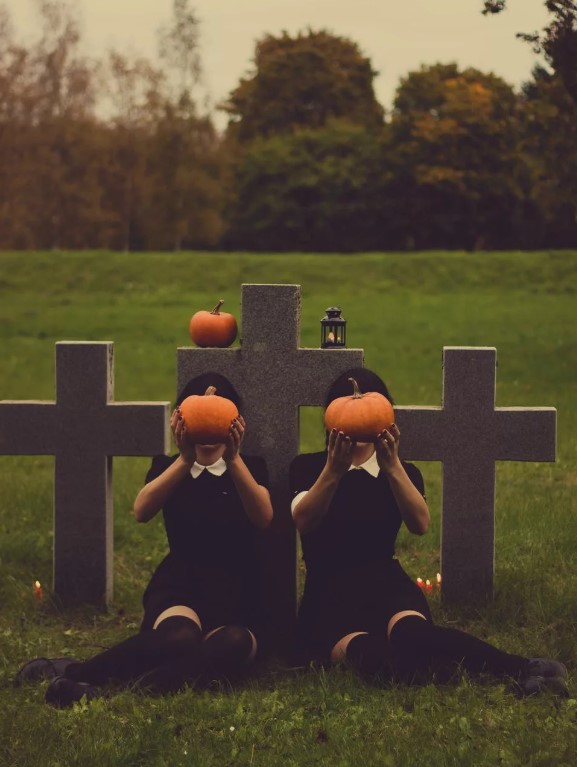 And that includes stories and myths that surround each and every town. Especially if we talk about the towns close to the forests where the population is few and the secrets are numerous. I am sure most of us know a legend or two that surrounds the place we live in. However, this isn’t usually true for most wons since they are densely populated and no one really knows their neighbor.

So when one Reddit user asked the question “Redditor’s who live in secluded towns, what is the darkest thing that happened in your town but is kept secret?” People chimed in with their stories that will surely send a chill down your spine. These aren’t legends or creepypastas, these are the real morbid histories of these towns.

#1 Some kid must have done it as a joke but things got out of hand. 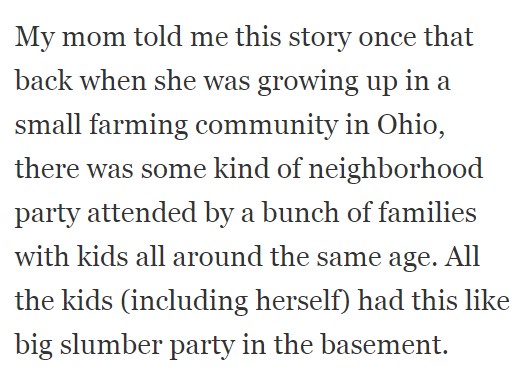 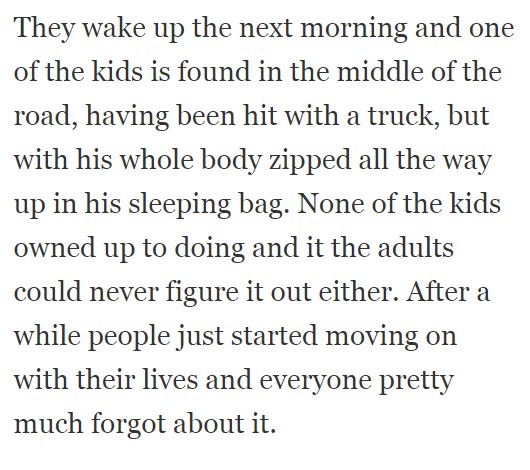 It was the night before a wedding and the whole family was sleeping over. Dan Holtman (the kid) was probably junior or senior in high school. They’d all been drinking and were told that Dan thought the barn floor was too cold so he decided to sleep on the road. It was only a blanket, not a sleeping bag that he brought with him.

The neighbor then hit him by mistake and he was decapitated. Since the wedding was still set up, they had it the next day as planned but it was the saddest wedding ever.

#2 I have one question and that is why? 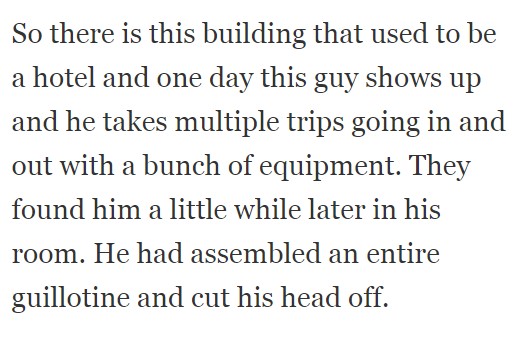 #3 That sounds like the premise of some Netflix show. 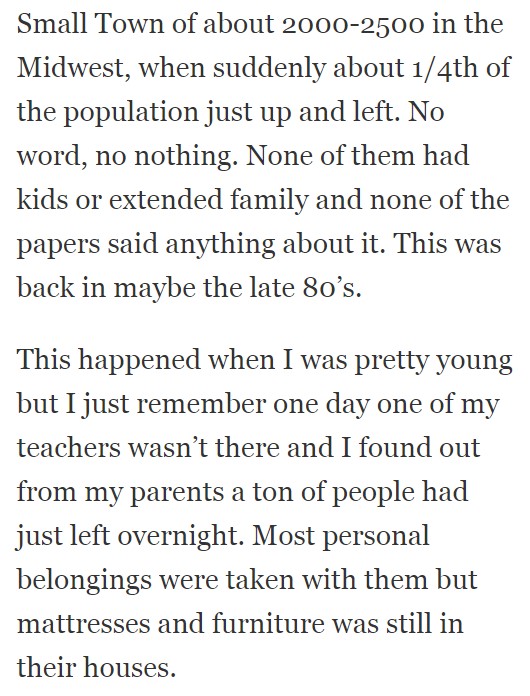 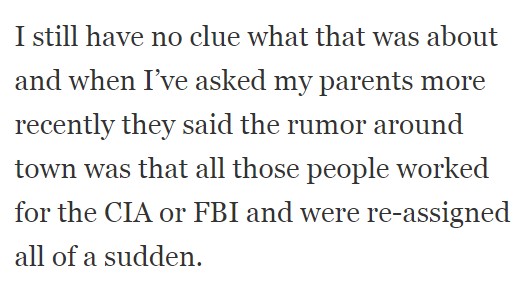 #4 How did he not get incarcerated? 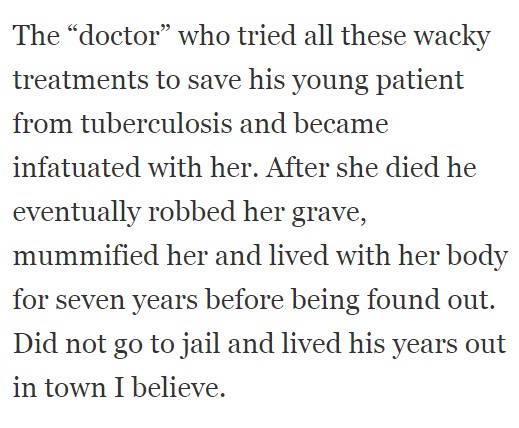 #5 I suppose we will never get justice for the guy or find out what really happened. 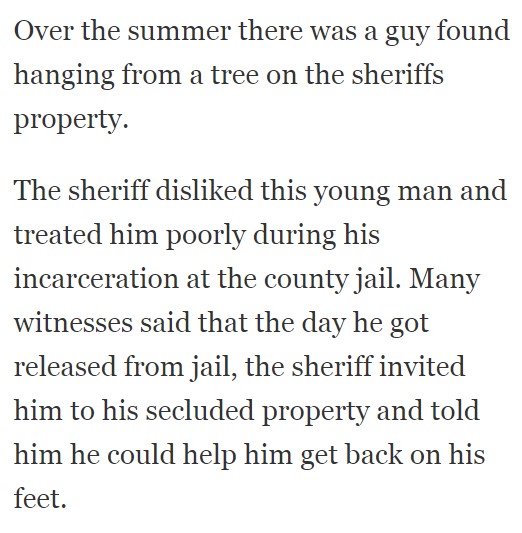 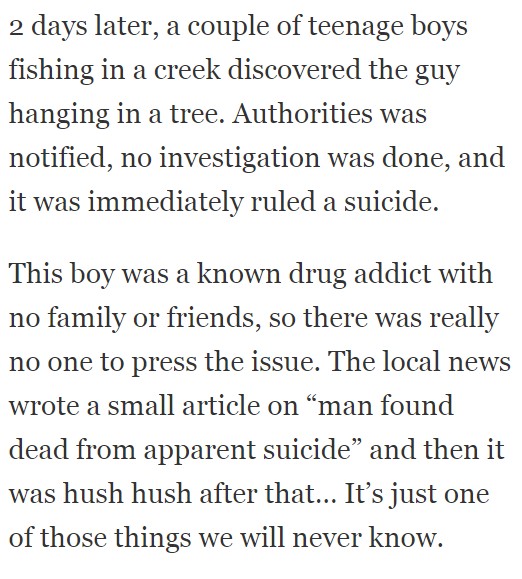 #6 I can’t believe the people who are supposed to protect us participate in these heinous crimes. 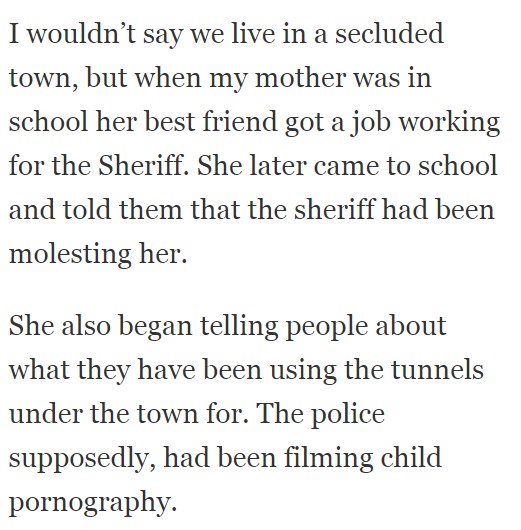 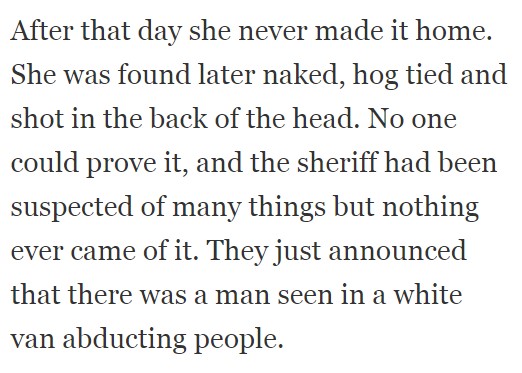 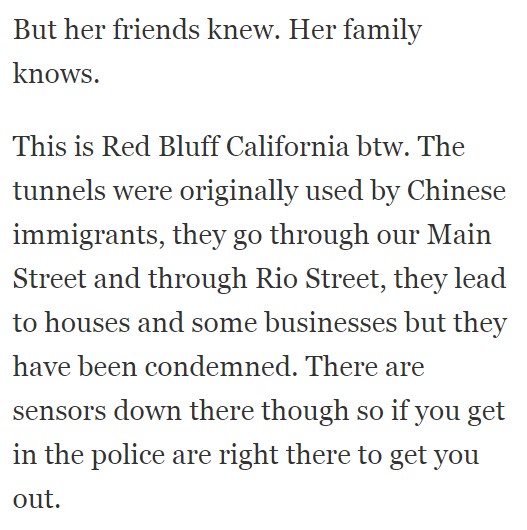 Holy sh*t. This one gets me. This is why people are afraid to report their abusers. –ProcyonLotorMinoris

#7 At least they found him. Better late than never. 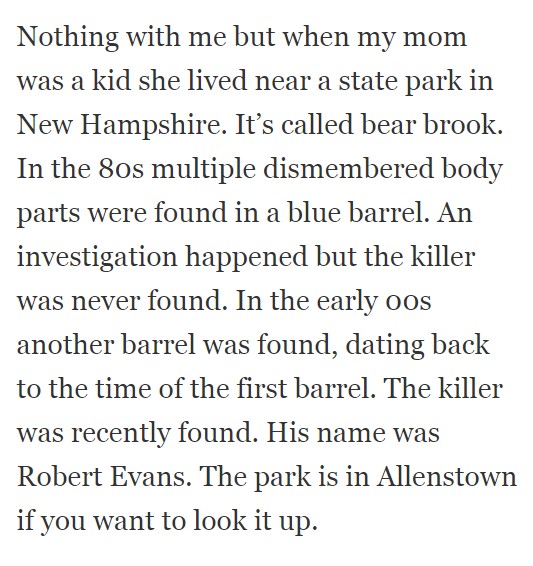 #8 I’m more surprised by the fact that they explained the reason in an elementary school. 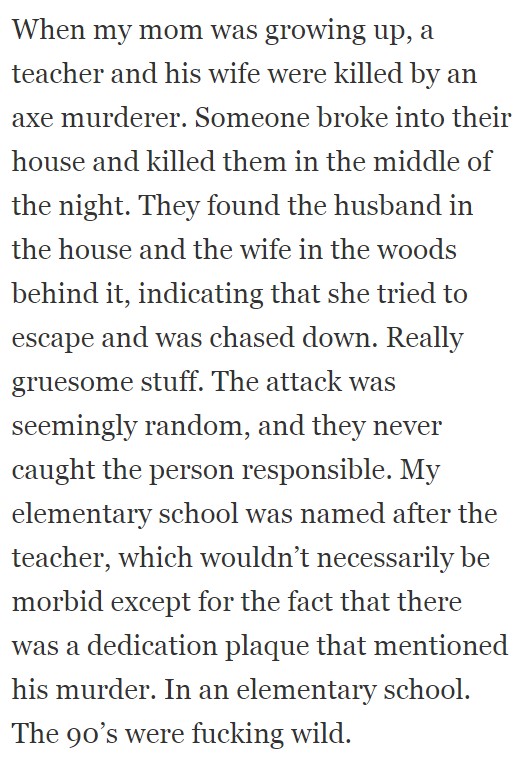 #9 I suppose he wasn’t into hurting children then.

I was delivered by a serial k*ller doctor. I don’t remember all the details but he was k*lling patients in Canada.

#10 I thought these sorts of things only happened in the movies. 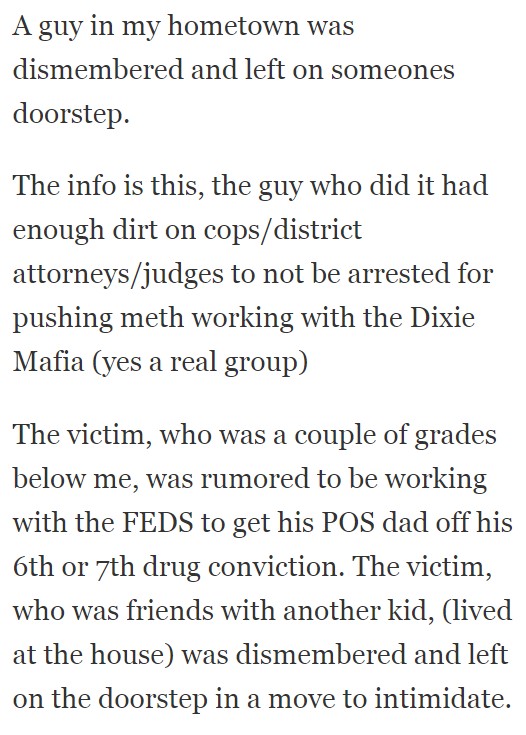 Comment down below and let us know the darkest stories that surround your secluded town.