This is why you don’t mess with someone who is a master at trolling.

While we don’t usually recommend trolling someone on the Internet. Sometimes you are basically required to do so because the other person just makes it too easy. And that is especially true when it comes to choosing beggars. I am sure you have heard the name already. There is a whole subreddit dedicated to these individuals who just love to bed for stuff.

However, this particular individual is a bit different. Because you see he isn’t asking for free stuff rather they just want their deposit back. You might think they are in the right for demanding that but when someone says ‘No Refunds’ that means nobody is going to get their deposit back. Sure, you might get angry but it isn’t in anyone’s hand.

So rather than trying to come up with a compromise this person decided to be rude about the whole ordeal which just egged the Reddit user on.

Ignoring the lack of punctuation, it seems like a normal conversation at first. 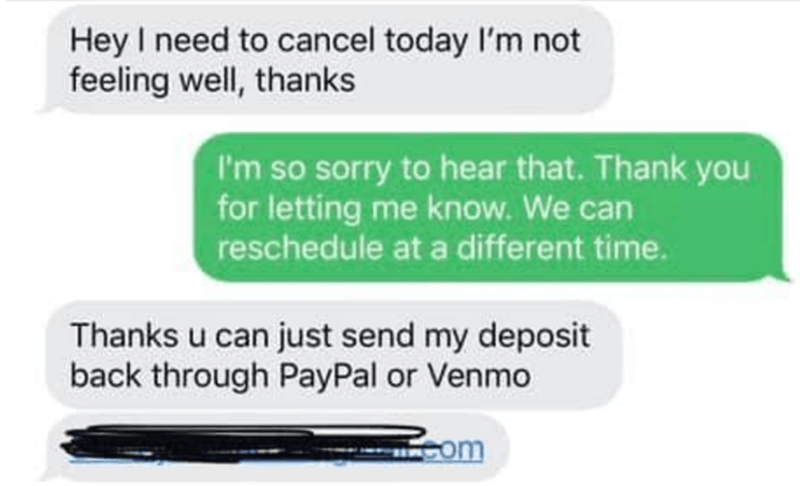 I know this is nitpicking, but Jesus, can they use proper language? Stop using U, it immediately makes me think you’re young and immature. –thebridgejumper

The other person is nice enough to reschedule their appointment. 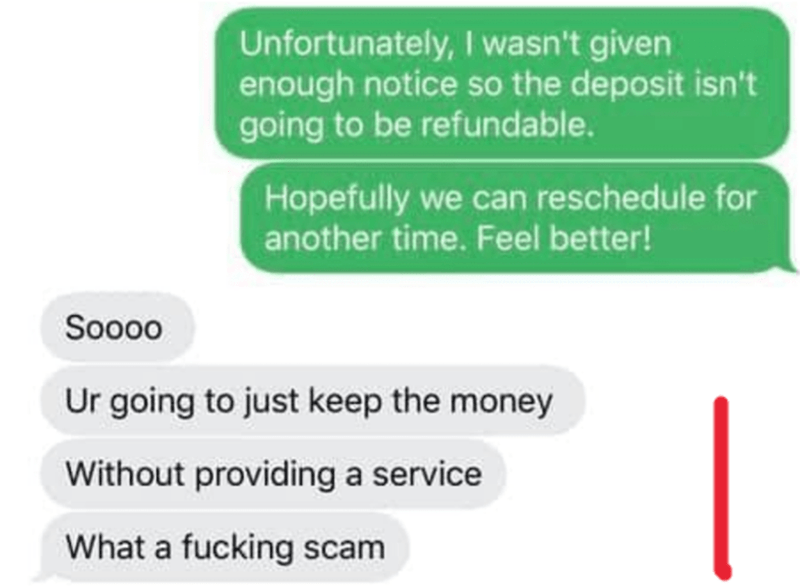 How is it a scam in any way? It isn’t like they don’t want to provide the service. They literally just told you that they can reschedule.

And is that supposed to make it better somehow? 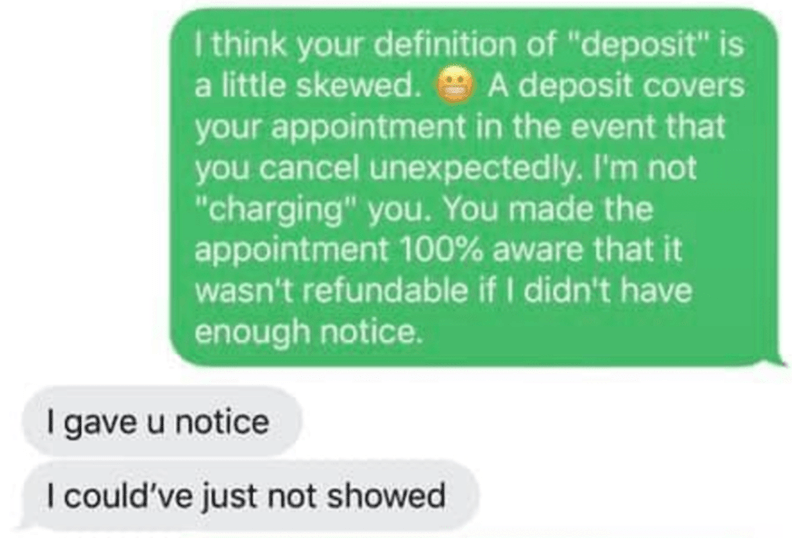 Hotelier here. Non-refundable rates. Means just that. Doesn’t matter if you get sick/aunt dies/changed your mind. You’ve been charged. –BenGoodal

Really? They are bringing Business School into the mix? 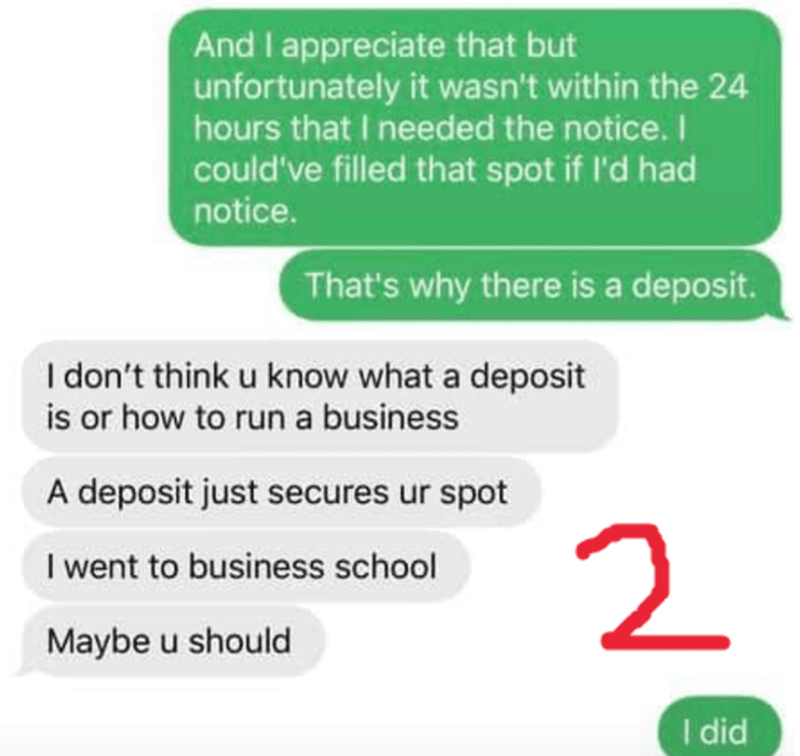 Honestly, they deserve the trolling now. 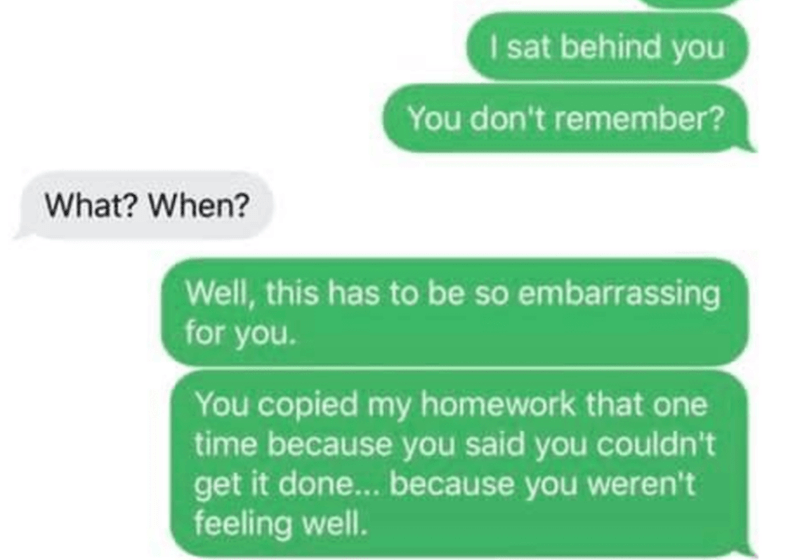 Based on the guy’s grasp of the English language, I think he’s the one that needs to go back to school! –MisterSleep

I love that the other person is getting confused by this. 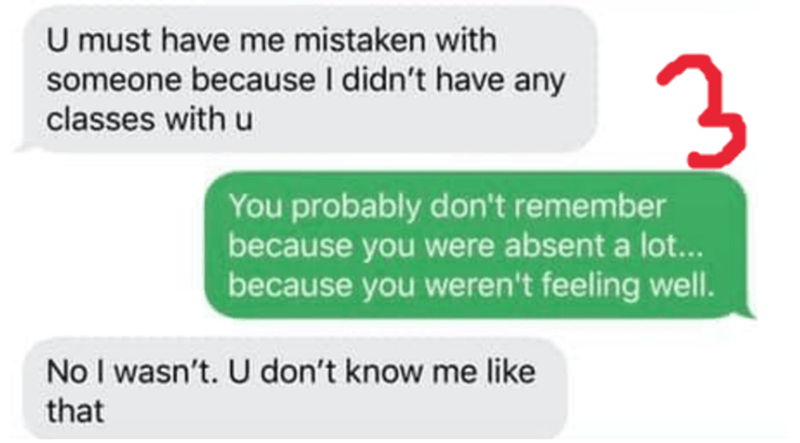 I have to agree there, It is quite unprofessional but they asked for it. 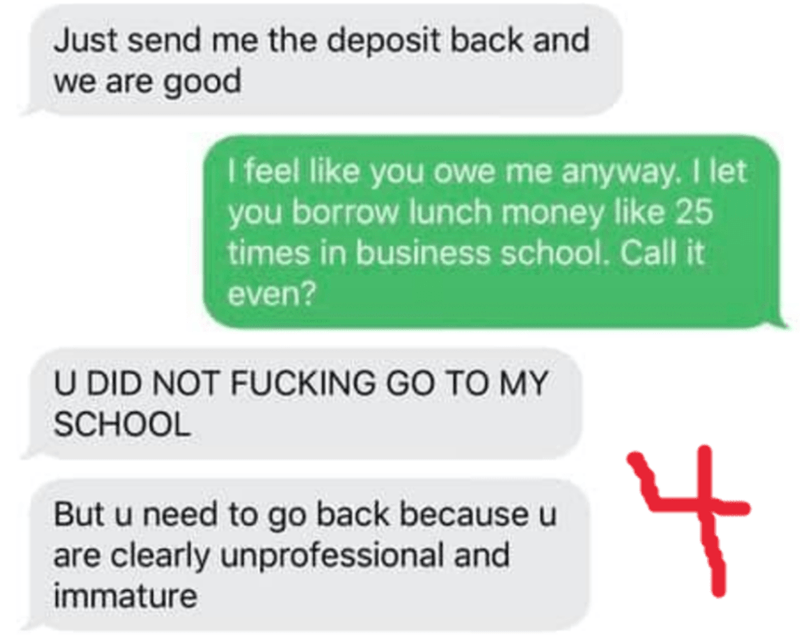 Okay, normally I hate these exchanges but that was gold. What an idiot. Incidentally, I’d love to know what the appointment was for. –CloakerJosh

At least he is agreeing with you. 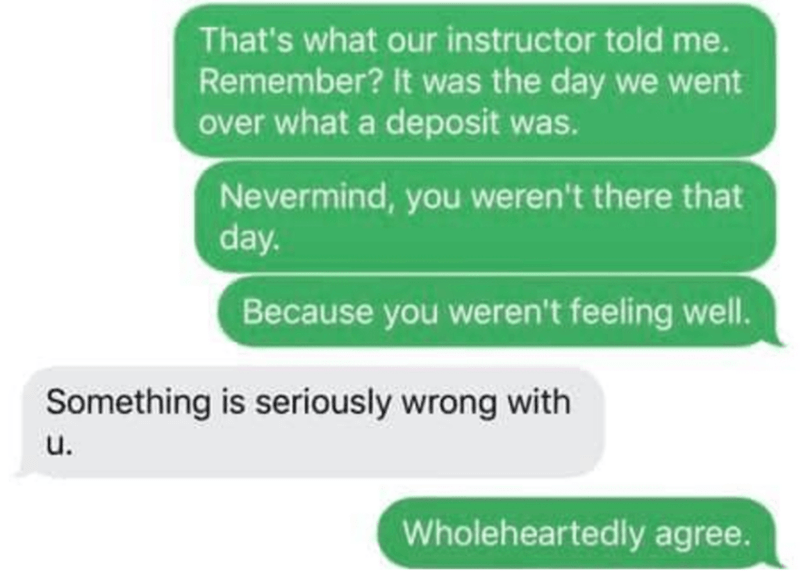 Are we sure this isn’t a 13-year-old kid posing as an adult? 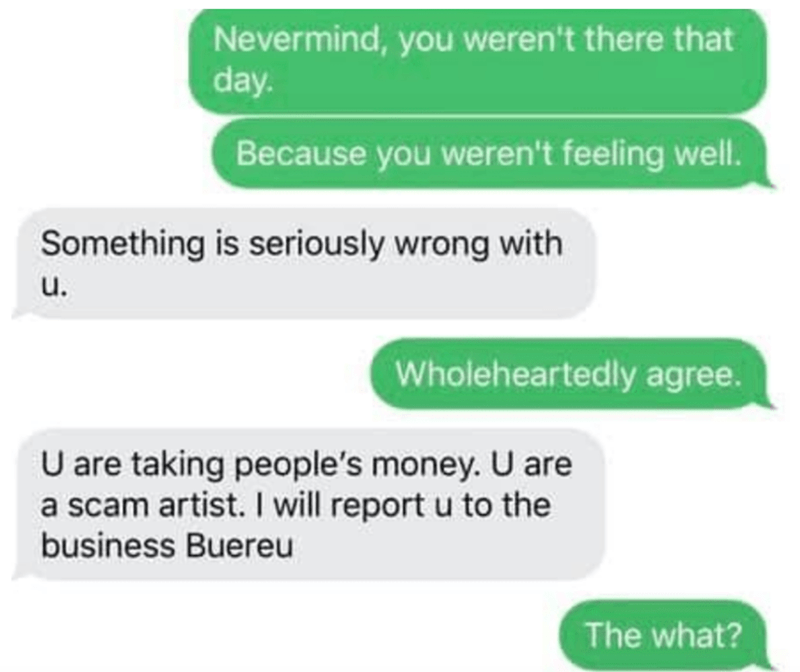 The original poster must be very well educated considering he has two degrees. 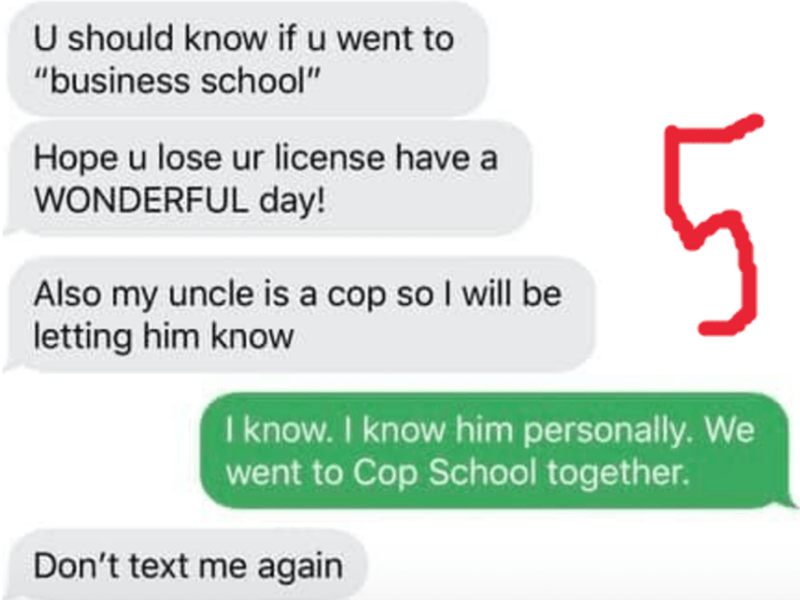 Half expected the next line to be: Well if you’re also a cop, just remember my taxes pay your salary! –malachilenomade

What do you think of this weird but hilarious exchange? Let us know in the comments below. Don’t forget to share it with your friends as well.