No matter which way you explain it, it is never alright to hurt someone or even touch them without consent. However, many people seem to think being a customer means you can do whatever you want to an employee and they can’t have any say in that. Although that is not how the world works. Sadly enough, most of the times, people do get away with a lot just because they are a customer but not always.,

Sometimes they get what they deserve and more. When this Karen thought hurting a person was okay just because they ignored them, she didn’t expect that she would get arrested. In fairness, it wasn’t just a light tap on the shoulder but a serious crime. You can read what happened by scrolling below.

You can understand all that you need from just that title. 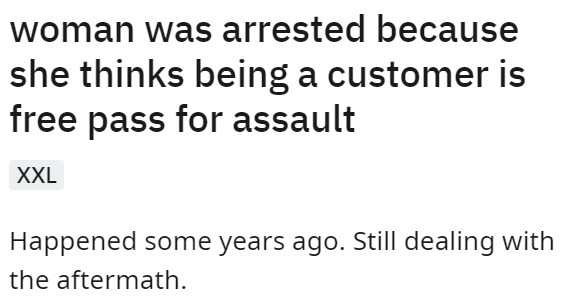 If I had a mother like that, I would be embarrassed as well. 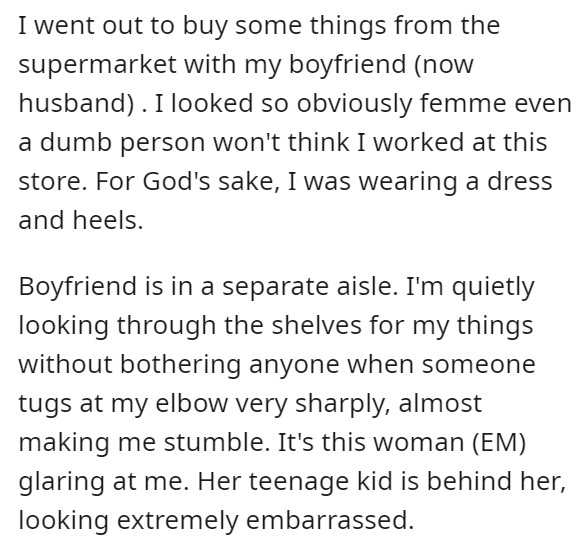 I didn’t know stores made a dress the mandatory uniform. 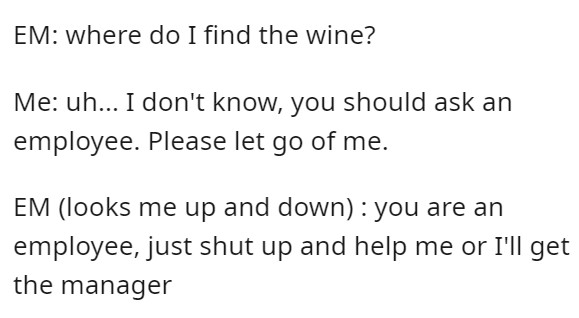 This is when things took a very serious turn. 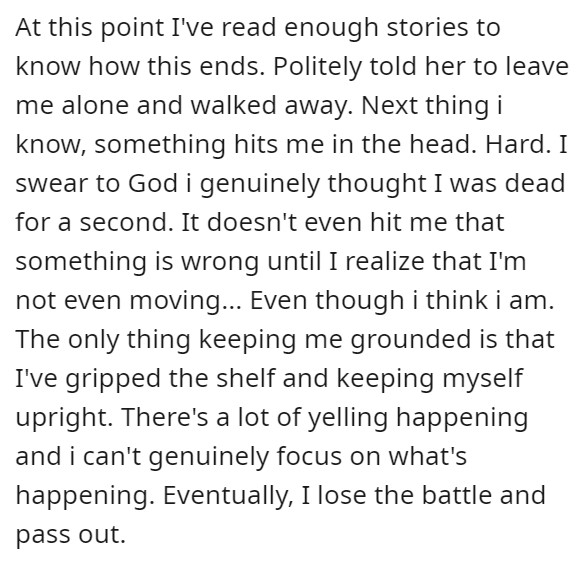 How is ignoring a person looking down on them? 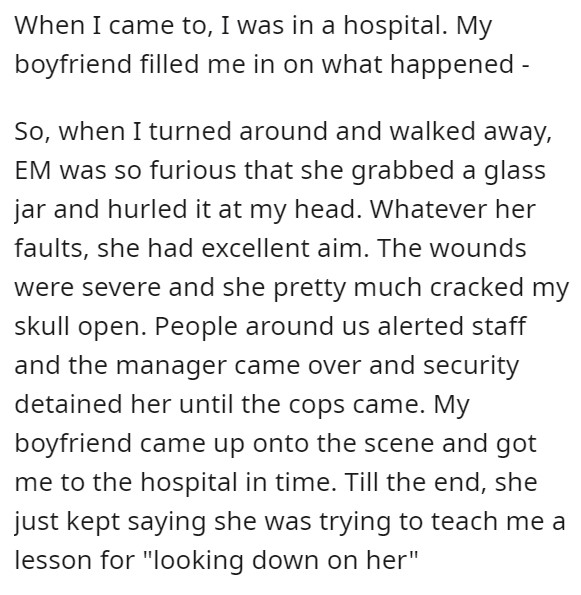 Teach you a lesson for “looking down on her”? Was she insecure about you wearing a nice dress and heels? I’m kind of wondering her she had an undiagnosed condition that resulted her angry outbursts, if even her husband claimed she wasn’t the same woman he fell in love with it’s entirely possible she was very ill and never diagnosed properly. –SheWhoLovesToDraw

I honestly can’t understand her motives at all. She had everything to lose but nothing to gain. 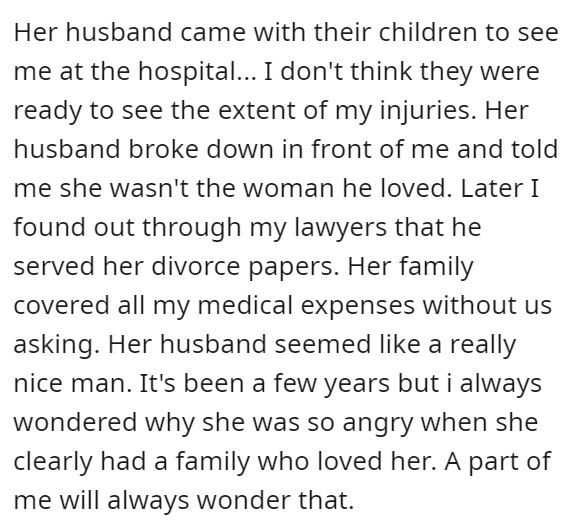 She not only got divorced but also had to pay a lot of fees up front. 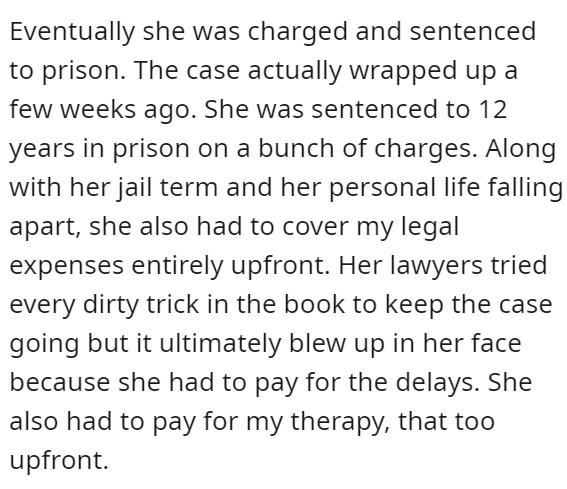 However, it left a scar on the Reddit user as well. 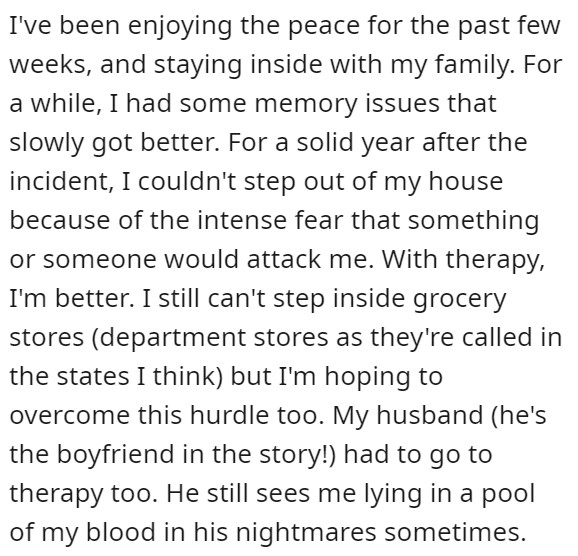 At least she has overcome her fear and is fighting to move on. 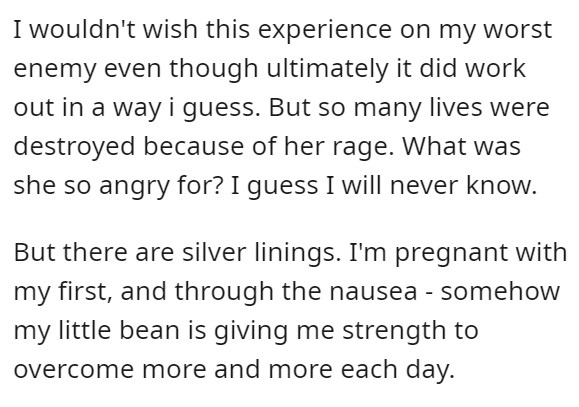 It is a bittersweet story. 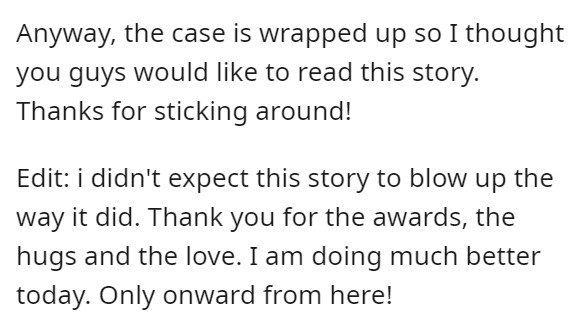 Many people find strength in their children and will to live on. 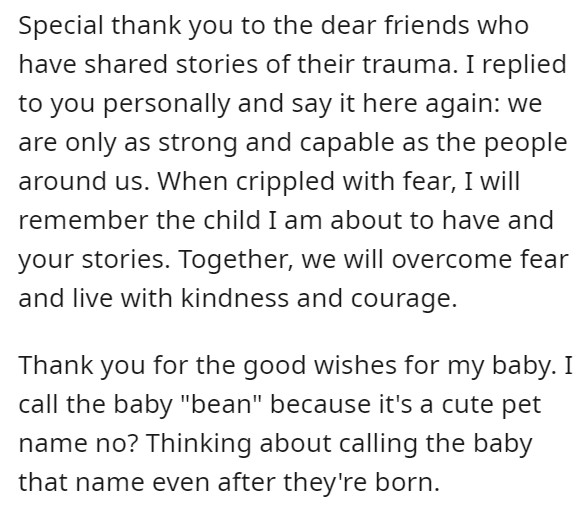 First off, holy shit. I’m so sorry that you had to deal with that, that’s absolute insanity.

I’m glad that she’s going to jail for that, it should be longer in my opinion.

Congrats on the little one! I truly hope things get even better for you. –jreacher455

I wonder what incited the incident. 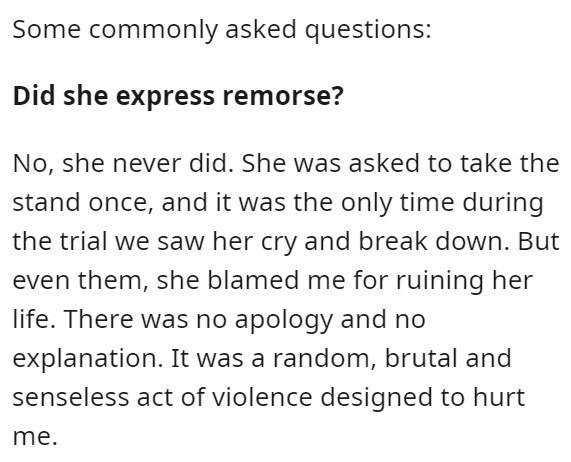 Just a scary story and nothing else. 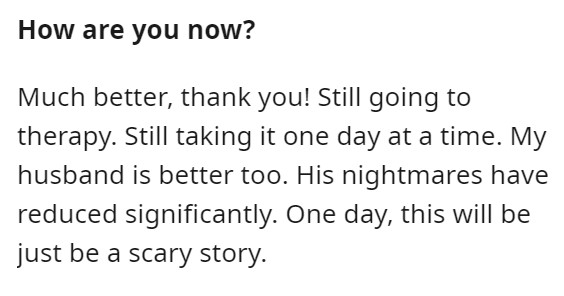 To be fair she did et the justice she deserved. 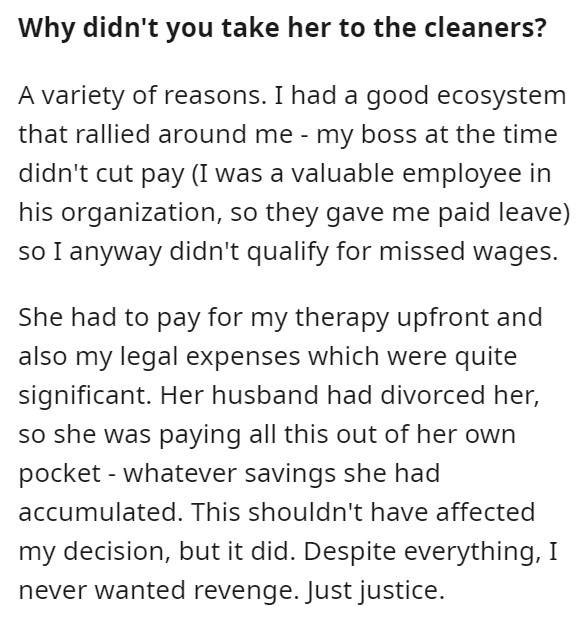 Every day should be treated as a gift! 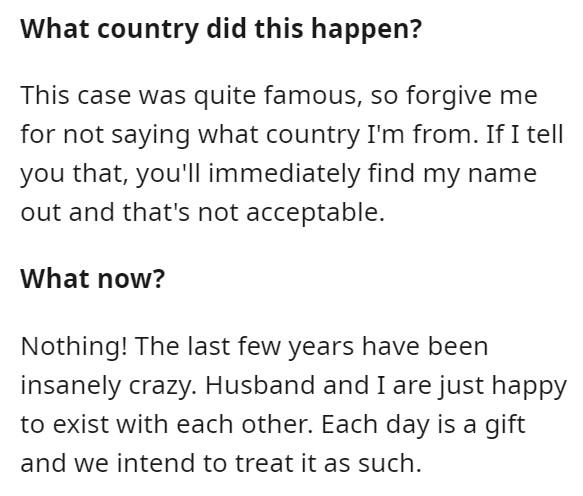 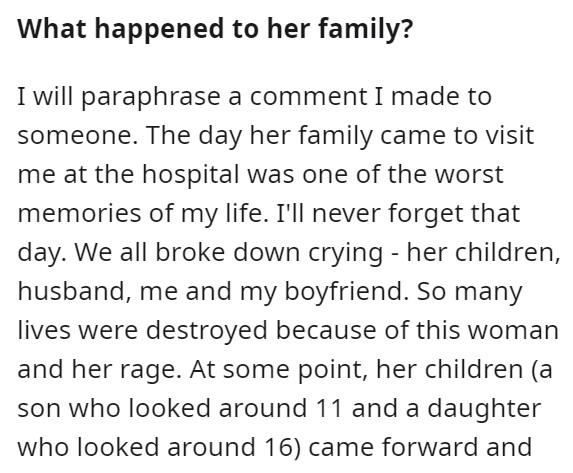 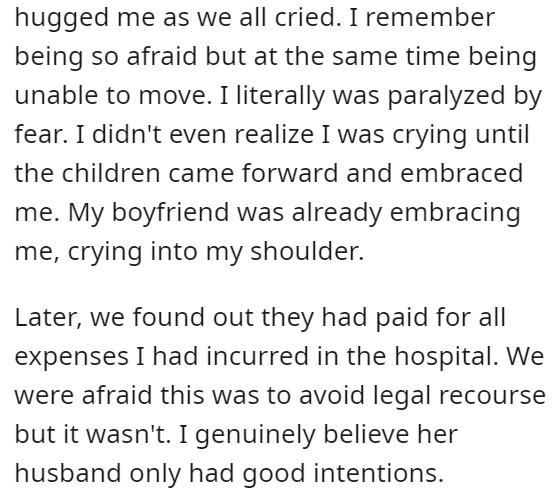 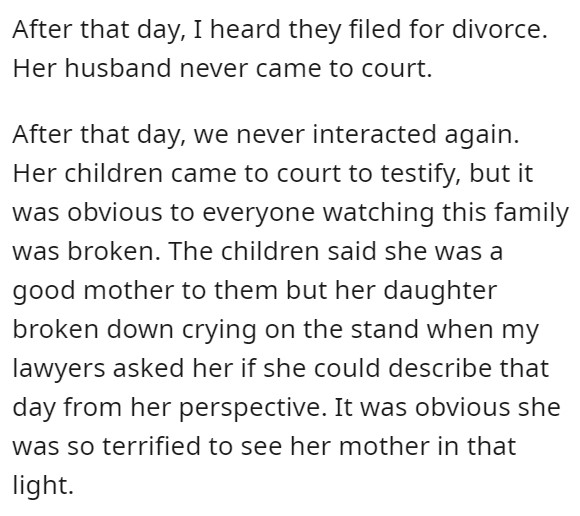 Perhaps someday but not yet. 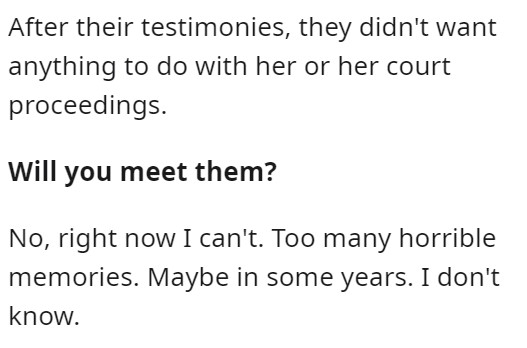 It seems the wound is still too fresh in everyone’s minds. 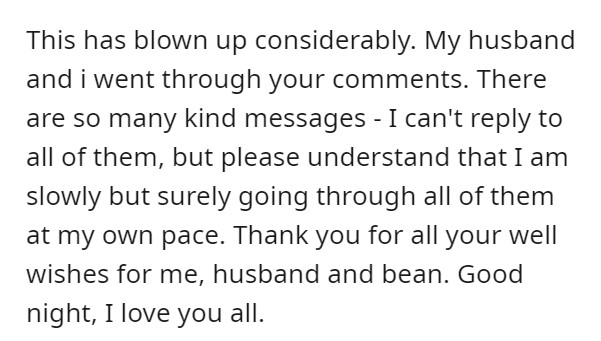 What are your thoughts on this incident? What you think incited the attack from Karen’s point of view? Comment down below and let us know.