After years and years of research, we still have a lot to learn about these animals.

Science has revealed so many secrets of our Earth and of every living and nonliving thing. After hundreds of years of research and knowledge, science has revealed so many hidden truths of our surrounding that we can not possibly think that there could be more to the story. Similarly, when it comes to our common animals, especially domestic animals, everyone knows almost everything about those creatures. How they live, what they eat, how they behave, what makes them different than other animals and so many more things. Think of any question, science has an answer for it already. It is crazy how humans have discovered so much about almost everything in the universe. From even knowing every little detail of a microscopic germ to walking the moon. We know a lot about our beloved animals, all thanks to science for teaching us the basic differences between different kinds of animals. But when it comes to the topic of intelligence in the animal kingdom only different kinds of monkeys, dolphins and parrots mostly win the crown for the smartest animals in the whole world. Now, I am not disagreeing with science because they are right but I believe they are partially correct when they give the statement that those animals are the only intelligent animals. I beg to differ. Anyone who owns a pet and being a pet owner myself, I believe that our beloved pets are also very much worthy of the title of being the smartest animals. They also deserve to be known as intelligent creatures because they are not only cute and funny, there is more to them. Believe it or not, they are also clever and quick-witted.

There are millions of videos on the internet of our domestic animals that shock us with their amazing talents and clever actions, they sometimes make us wonder if they are even more intelligent than humans. It is never a coincidence, they know what they are doing and they do it intentionally. These animals are so unpredictable and mysterious, there is still so much more to learn about and from them. We have gathered a bunch of pictures of extremely intelligent pets who shocked us with their cleverness. Keep on scrolling down to read their stories and be in awe of their intelligence…

1. Cats are the real evil geniuses, big doggo does not stand a chance with her.

2. “This neighborhood dog comes to greet us every day when we get home to get some snacks. He knows that he’s very cute, so this trick always works.” 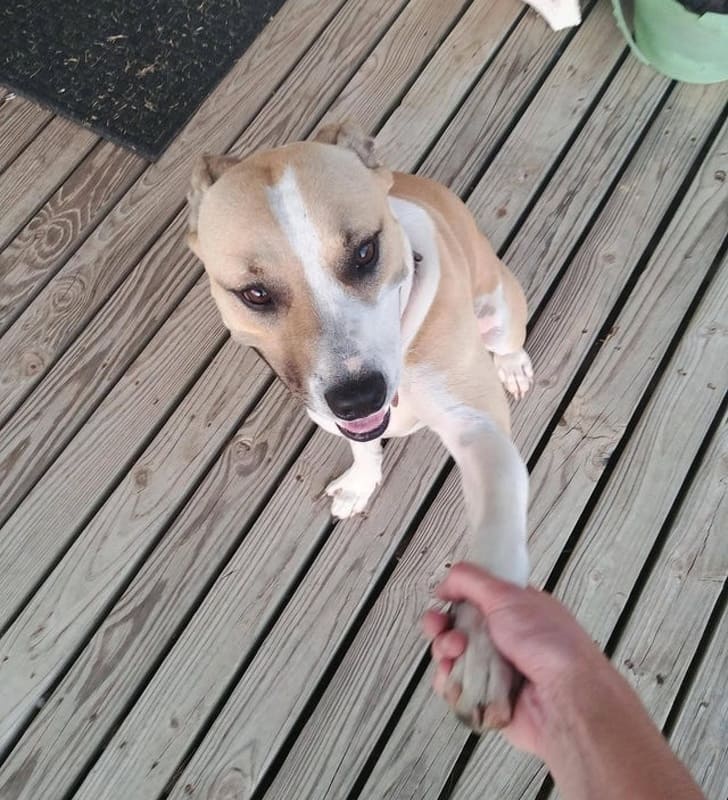 3. “I told my dog to lay on the chaise. He’s a retired service dog, so he knows he has to follow orders. But he also knows that he can do things his own way.” 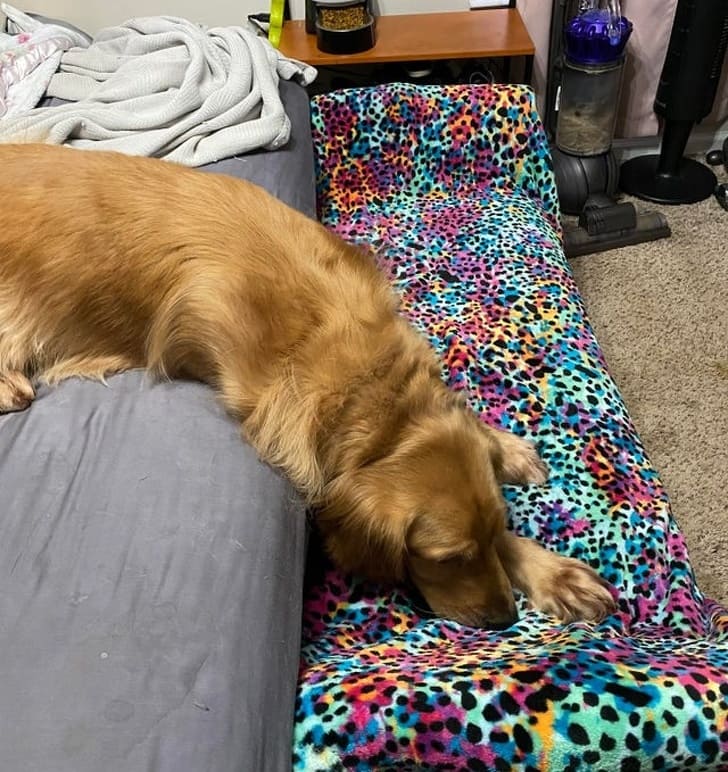 4. “He’s my best friend and the best nanny for my daughters. He’ll walk with them, remind them to eat, and make sure that everything is in order. He’s so clever that he even knows for sure when it’s better to act like a fool.” 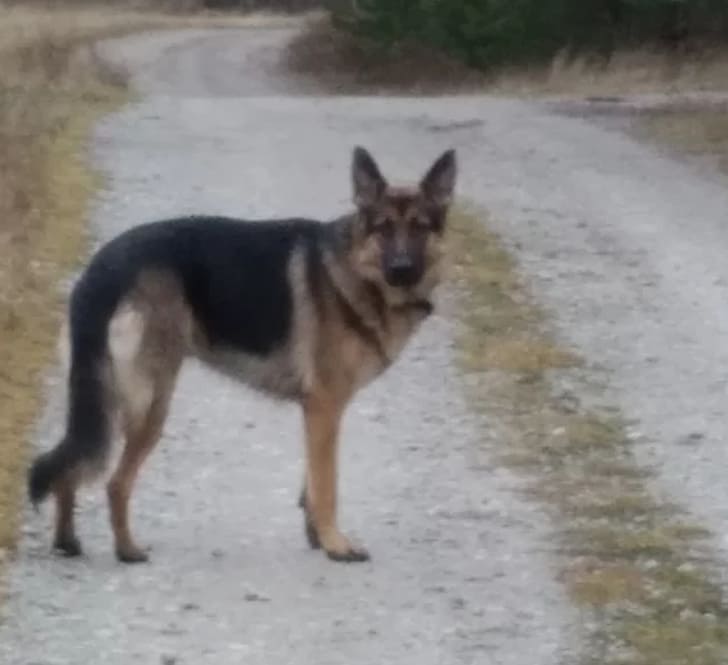 5. “My cat’s kittens have grown up a bit, and I started to litter train them. When they wake up, I bring them there, and I repeat this all day long. So they’ve used their litter box a couple of times…And at night, I’ll wake up because the kittens go into my bedroom, squeaking. They’ve learned in a day that if you need to use the toilet, ask ’this woman’ and she’ll carry you there.” 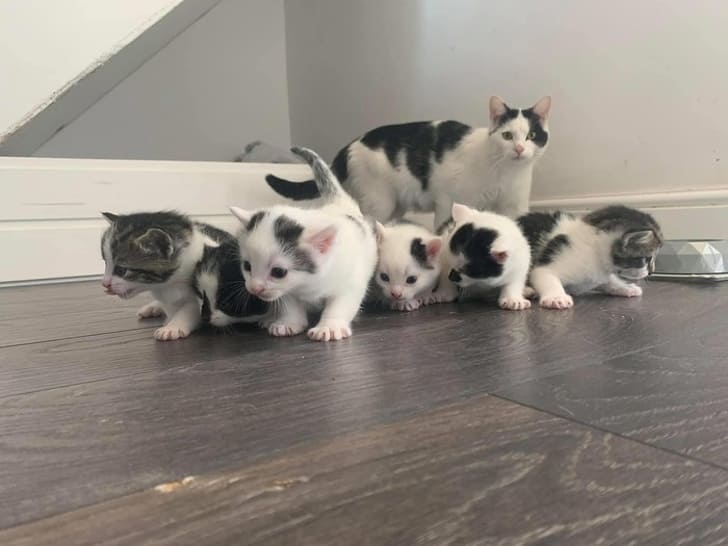 6. “I was laying in bed when I heard that the shower door was shut. This is what I found when I got up to investigate.” 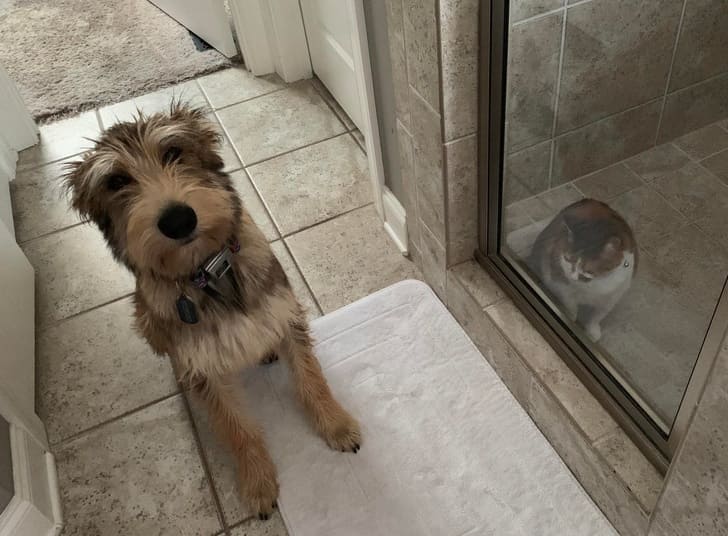 7. “They purposefully spill their water because they want me to turn the faucet on in the bathroom.” 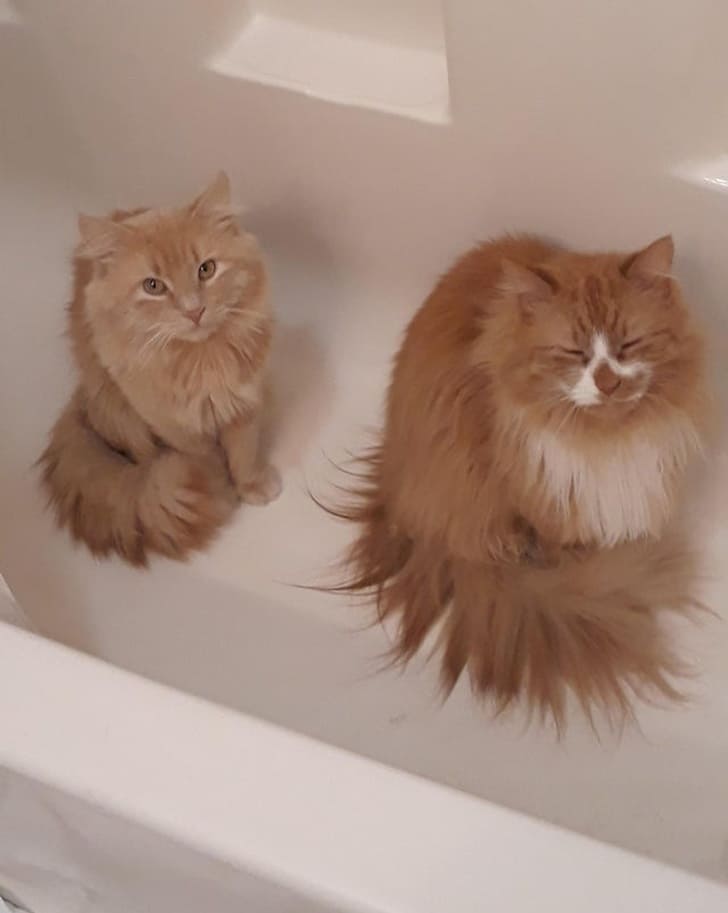 8. “This is Billie and she’s putting the keys away on the table as was requested.” 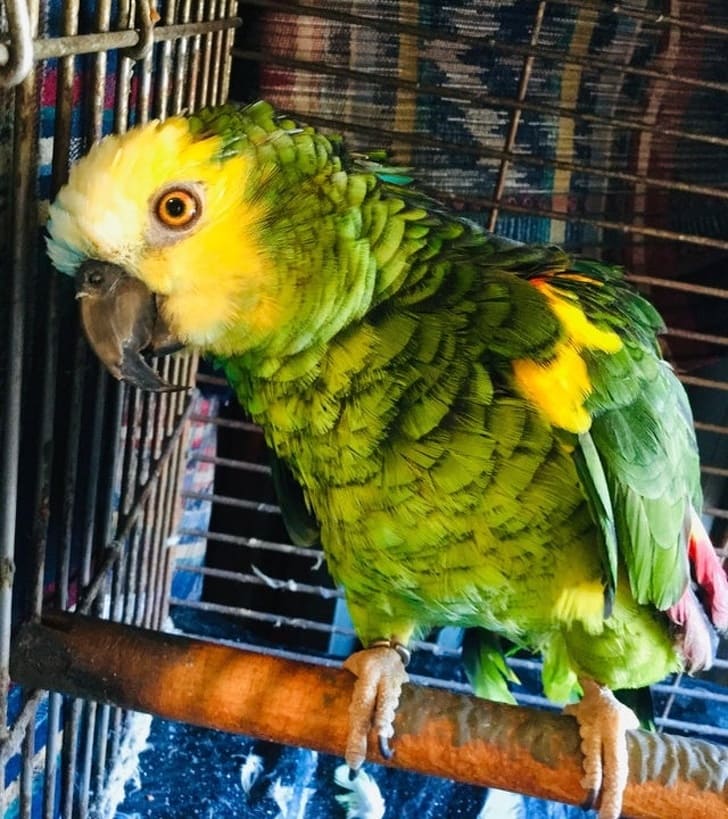 10. “My dog gets treats when I go to my desk. I’ve accidentally trained her to be my supervisor. This is her waiting in my office for me to stop eating lunch and get back to work.” 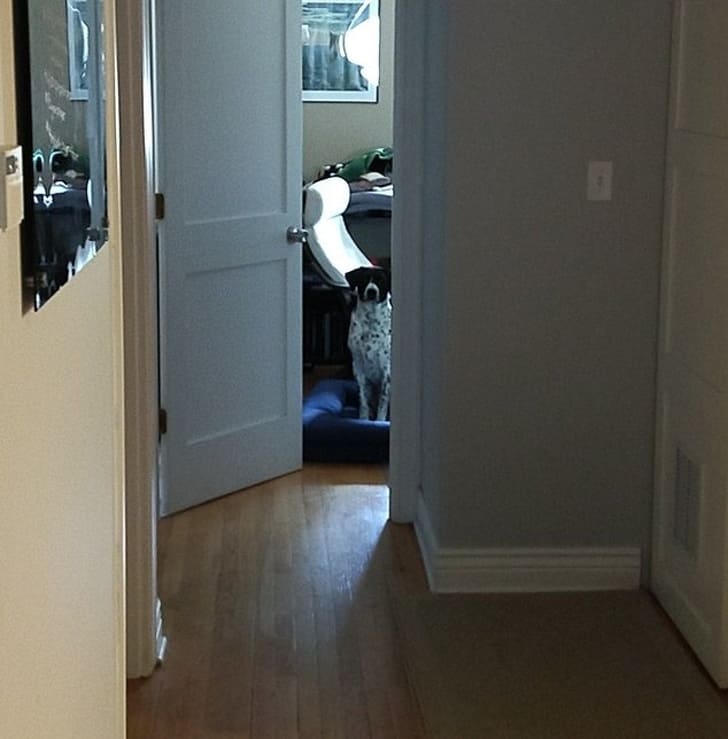 I told you guys, our pets are way more intelligent than what people have made us believe. There is so much more to the story of each and every animal, be it wild or domestic. They all have so many secrets that sometimes shock the scientists too. Humans are always evolving and similarly, so are animals. They all are getting intelligent and clever over time. I mean just look at that parrot that can talk and it imitates other animals, too. How crazy is that?! We seriously do not talk much about parrots, they can literally copy us humans and talk like us. As creepy as it sounds, it is actually so mindblowing. They are such underrated creatures, they deserve so much more. Sometimes our pet dogs do such human things that shock us so badly, just take a look at that dog watching over her owner and that other dog obediently listening to his owner’s commands. These are normal things, we see that happening all the time but take a deeper look into this matter, guys. There is so much more to know about them. Those little kittens getting litter trained in only 24 hours! This is absolutely amazing and I am literally awestruck by these creatures. Keep on scrolling down to know how incredible our pets can be… 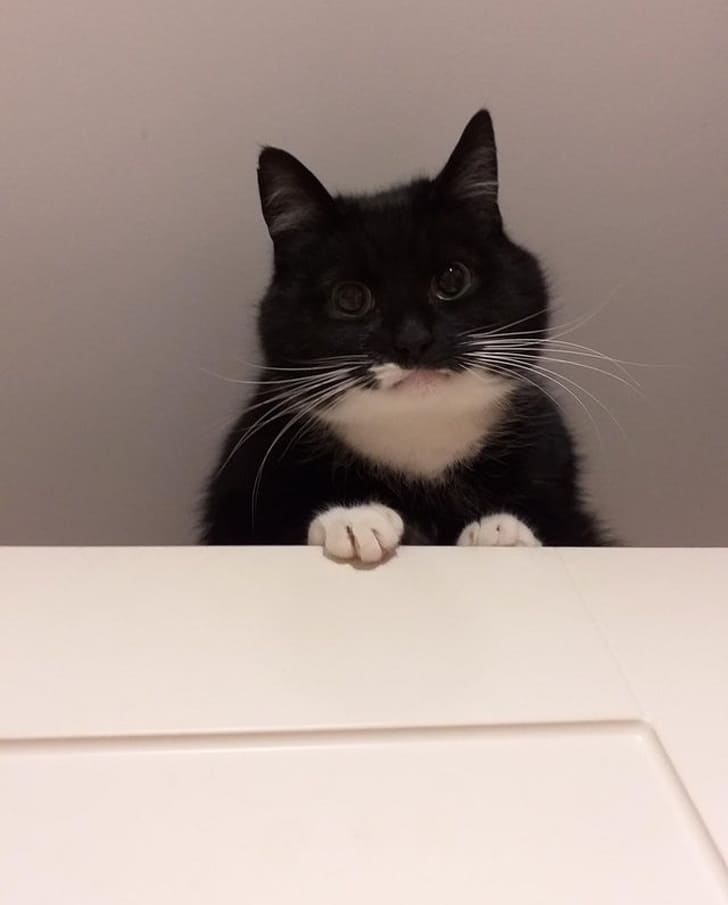 12. “He steals the TV remote so we give him more attention.” 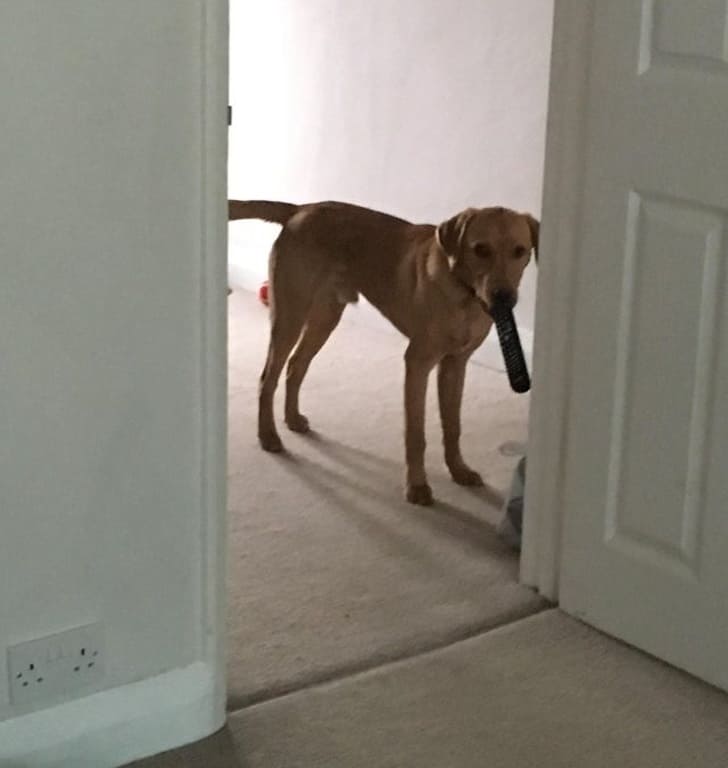 13. He understood it immediately.

14. “My cat and I have been together for 14 years. I’m pregnant, and she’s not only tried to ’incubate’ my stomach, but has now built a hidden nest for me to give birth in.” 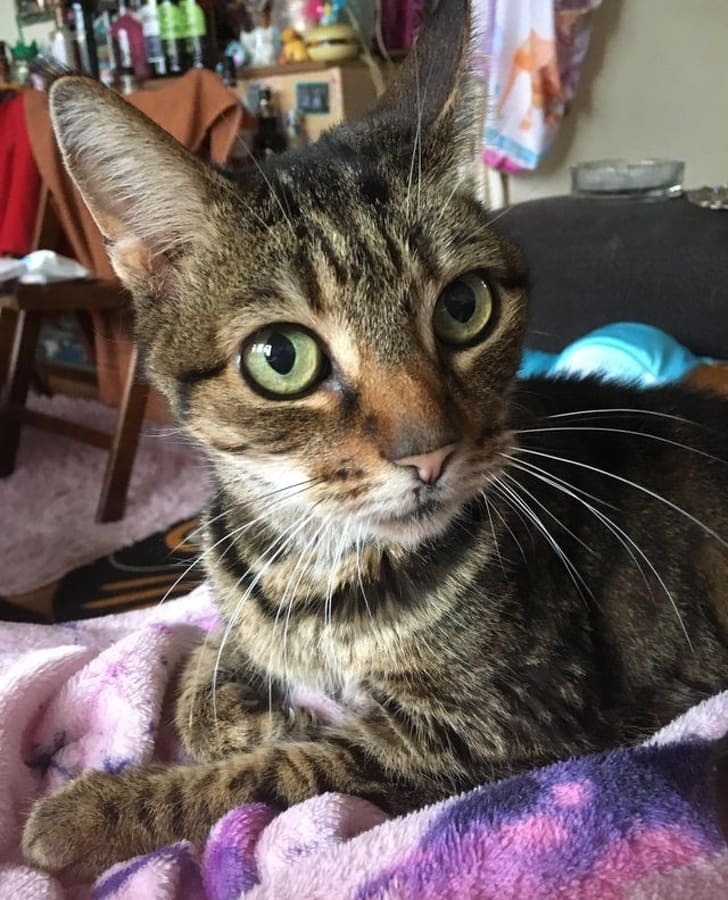 15. “A stray cat mom took her baby to the ER. Doctors and paramedics helped the baby and took them to the vet.” 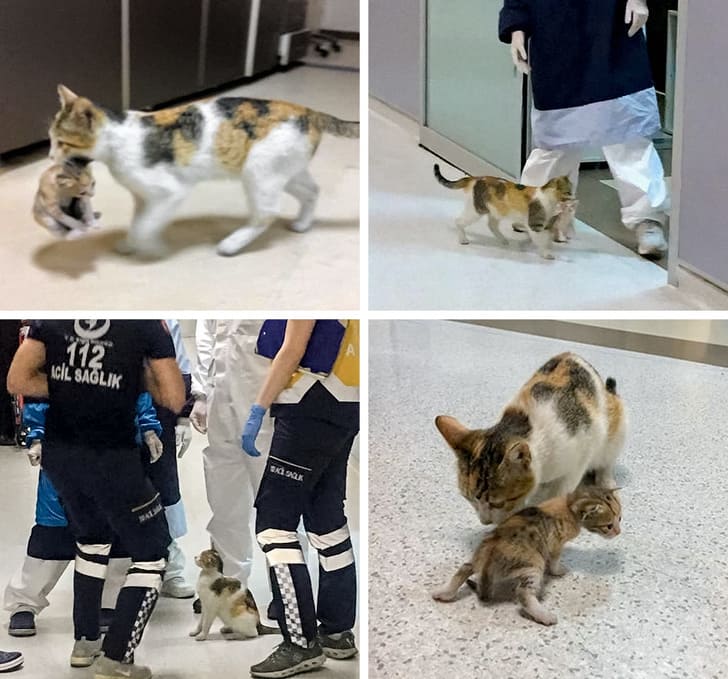 16. “She’s learned that pushing the button makes the box warm. I think she spends most of the day like this while I’m out.” 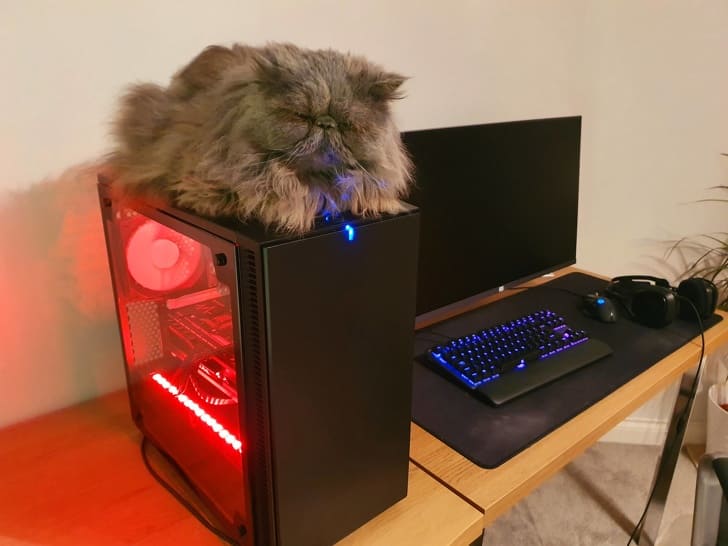 17. This beautiful pitbull pulled out his favorite toy to show it off to the dog in the other car. 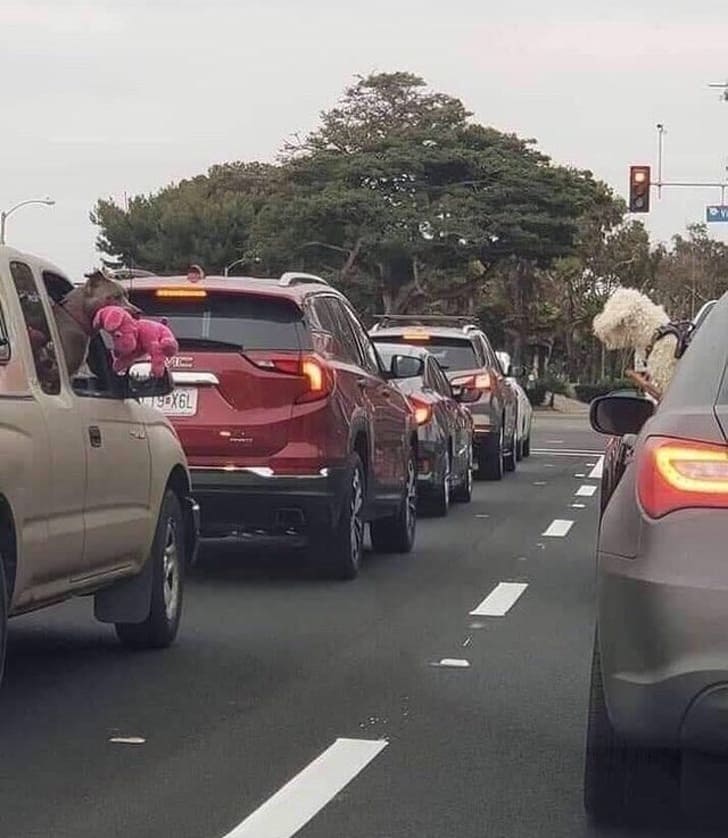 18. “This is Chuck Norris, and he hasn’t learned to meow. But he knows how to swat at this houseplant to get attention.” 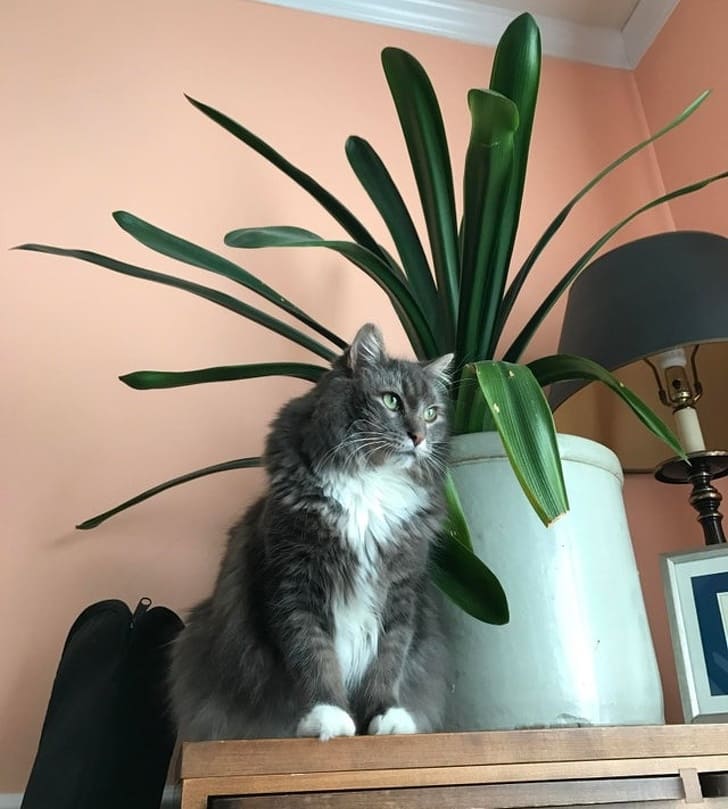 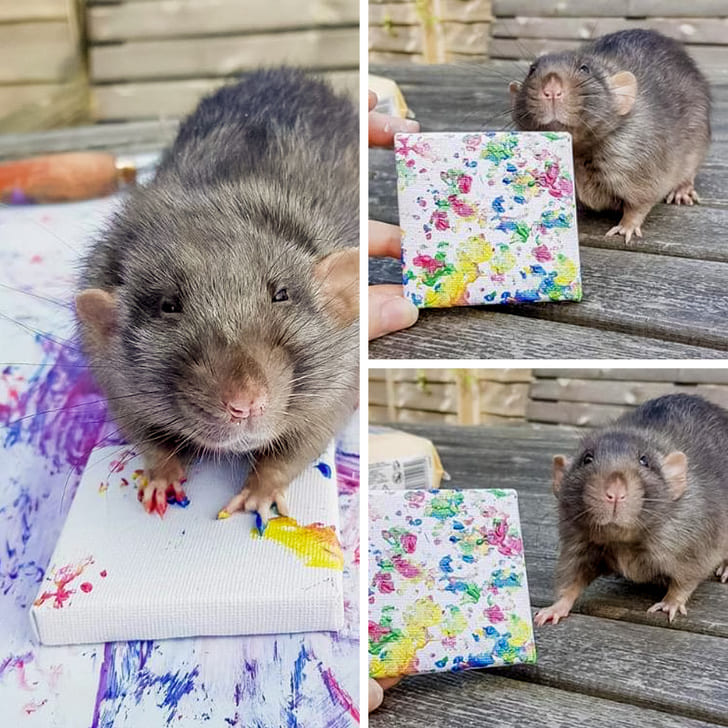 20. “A new command, ’show me your tongue’ — my dog learned it on its own without us knowing and performs it as a response to any object in a hand that looks like food.” 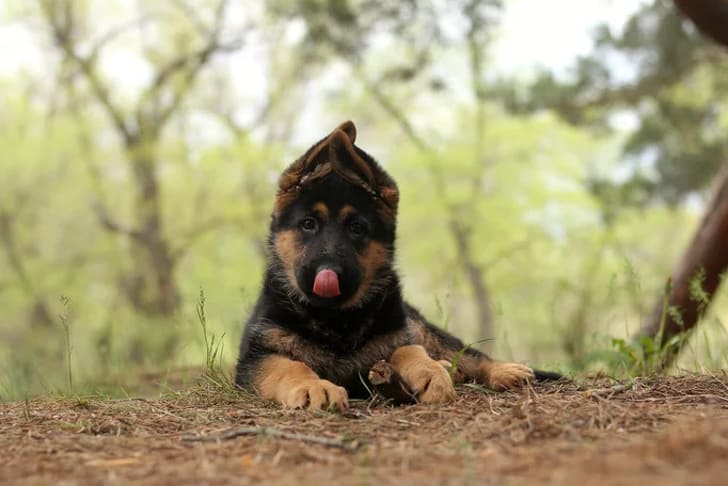 It is unfair how cats and dogs do not get called the world’s smartest, most intelligent creatures too. They are always doing such mind-blowing things that surprise their owners and people all over the internet as well. Did you see that rat making a painting with his hands? I do not know about you but I am completely speechless. I am in awe of these beautiful but neglected creatures. They deserve so much more appreciation. What is something unusual but mind-blowing your pet has done? Do not forget to share your pet’s stories with us in the comments down below…