Unlike the popular demand of dogs, cats are accepted on their own terms, from their meowing, purring and all the other behaviors in between, they are pristine in nature and have their mystical behaviors that attract their fellow owners as to what might be going on in their tiny brains. People have a weak spot for cats because they are fluffy and warm, cute and adorable, all at the same time. These memes portray eloquently how humans and cats share an immense connection.

The Lunarbaboon webcomic has a fantastic series of comics concerning cats and their mystical behaviors. Artist Chris Grady’s job finds a great harmony between goofy humor and emotional meaningfulness.

1. The extent to which a cat can go just to get some love. 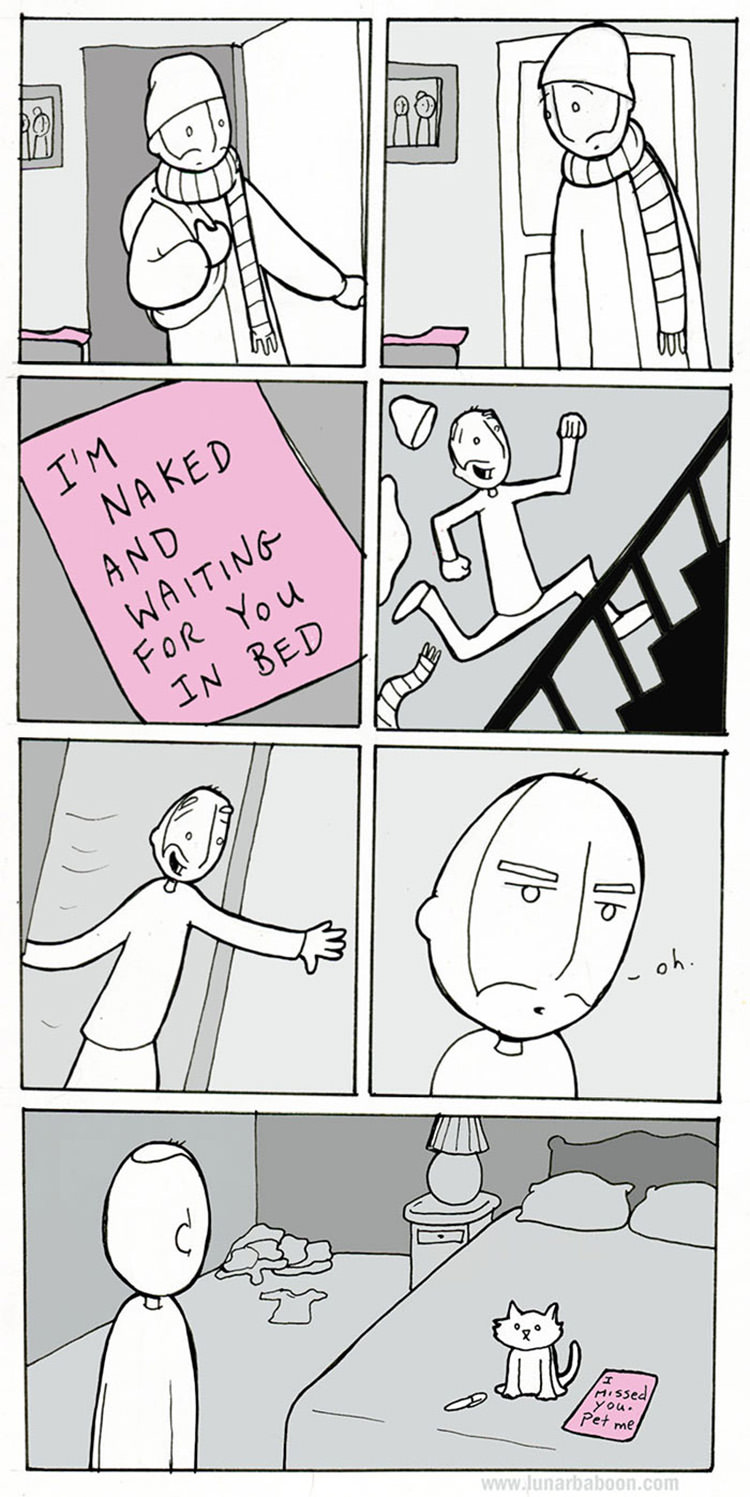 Cats out of all creatures demand the attention of their owner without catering to what the other person is going through and whatnot.

2. He is stuck in some sort of an emergency? 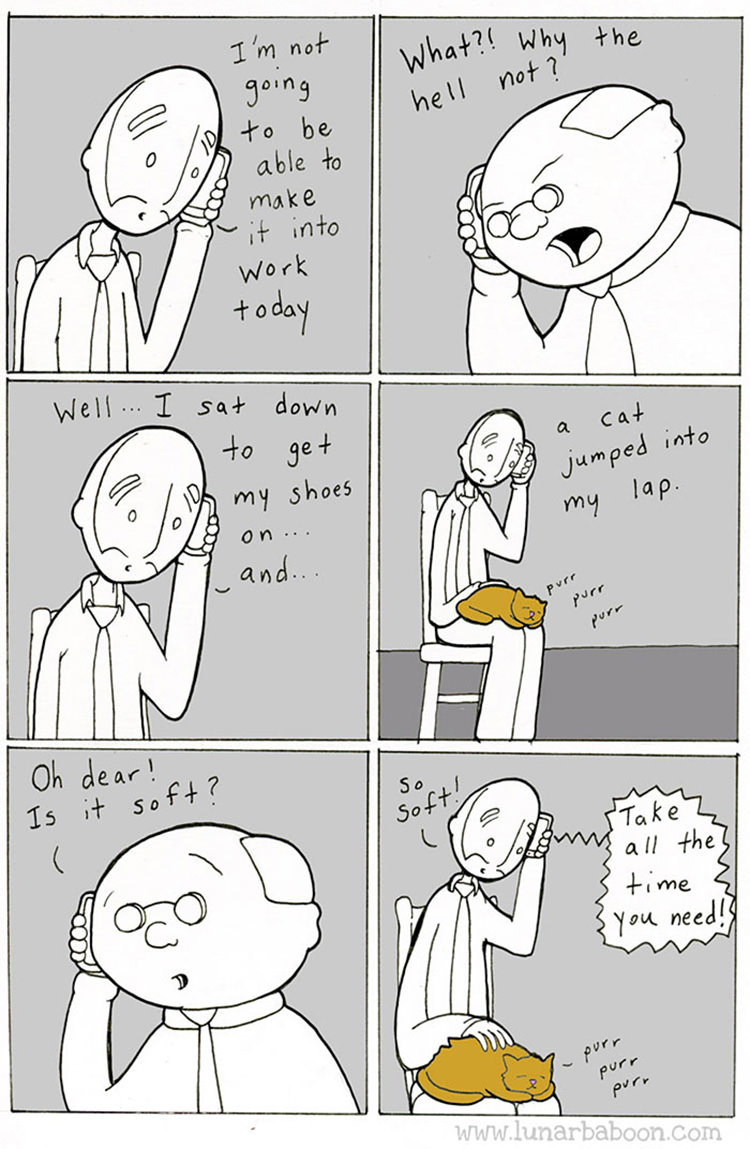 We all know that cats are sophisticated creatures that do not want to be disturbed even if at the risk of having to call your boss to excuse yourself for a day or for as long as the cat is taking its nap on the lap. It is cute to see how the boss is appreciative of the fact that cats are more important than being productive at work.

3. That is one way to bribe cats, with the finest cat food on the market. 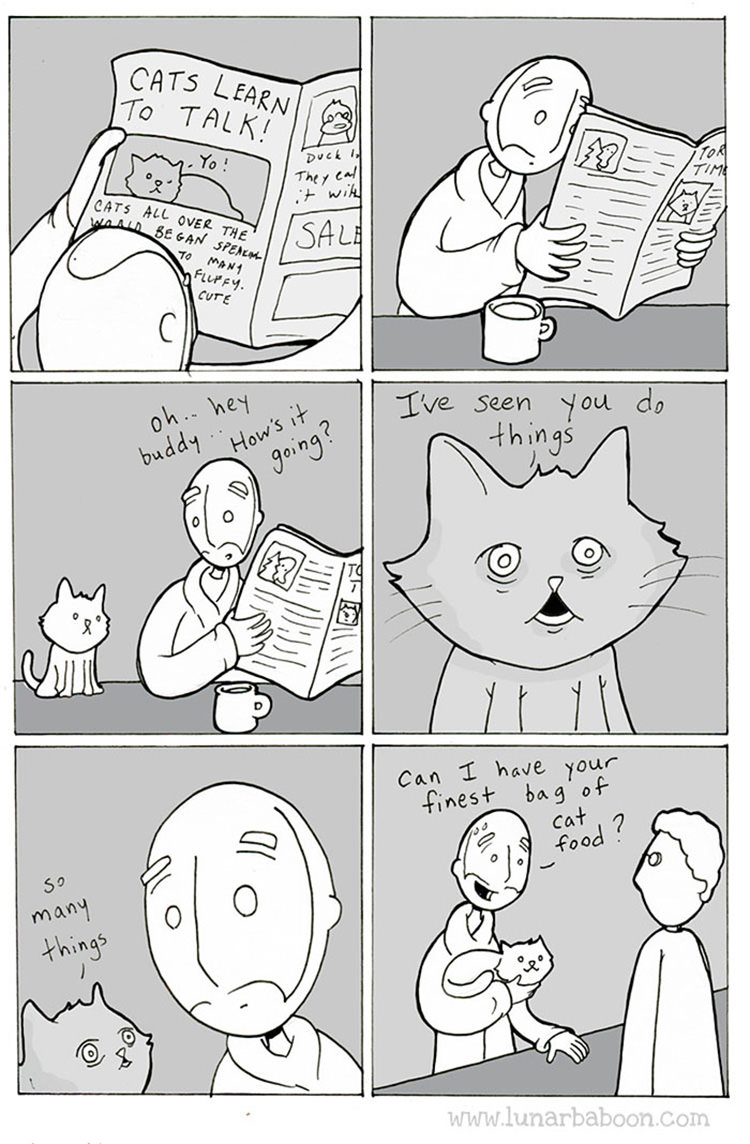 Just because cats cannot speak the same language as us humans don’t mean they cannot observe or listen to what is said and being done in front of them. On the other hand, we pretend like we are doing our own thing without the fear of being judged.

4. Welcome the smartest species on the planet. 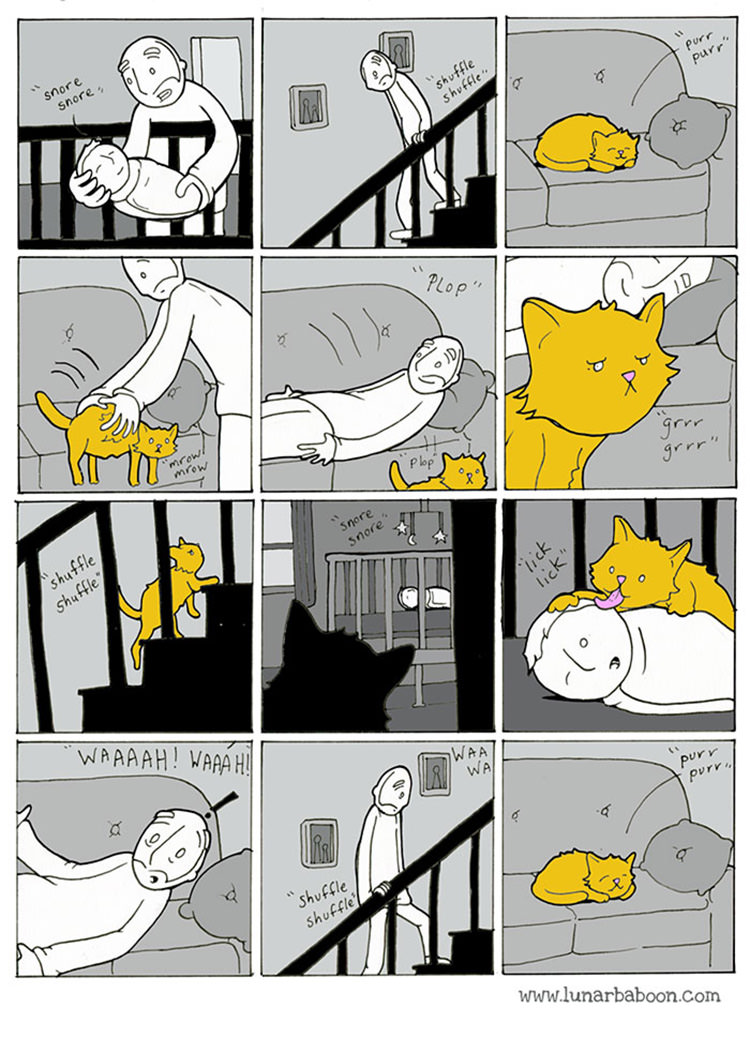 Cats are like Mr. Know it all, they are cunning and super intelligent though sometimes they will act like the dumbest ones on the planet, they are too good with their tactics to get what they want and when they want. They are smart and achieve their goals in a way that we humans get fooled by it. 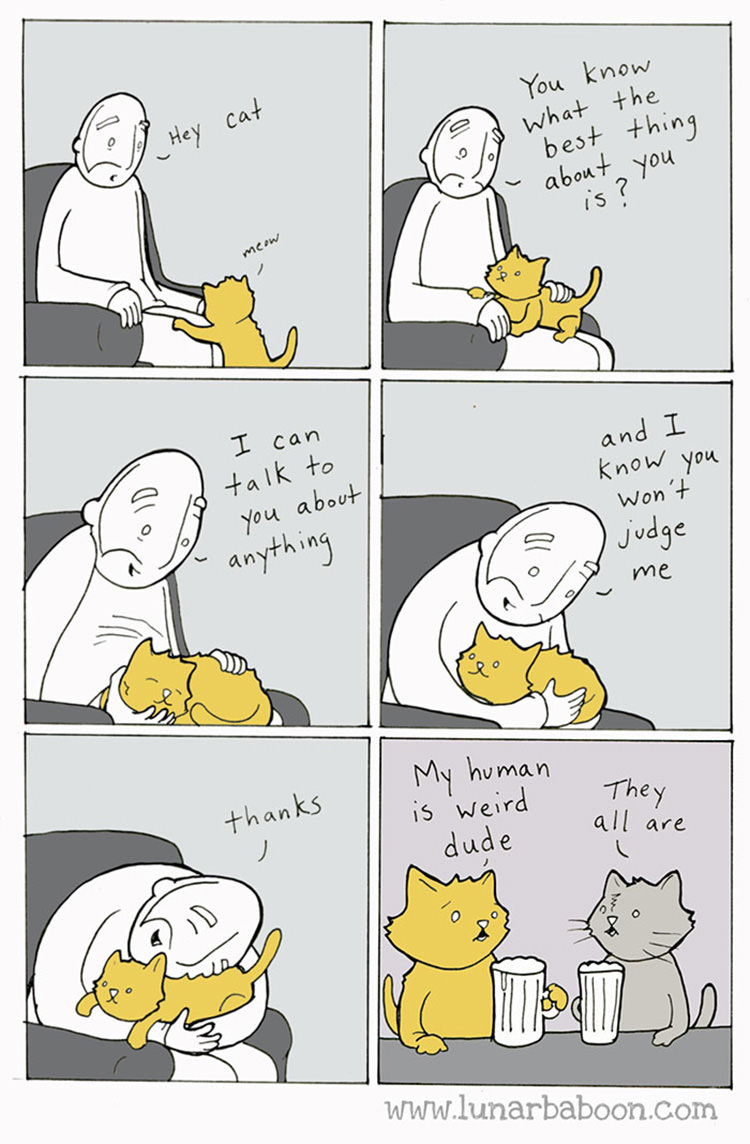 Aren’t these so amusing to the eye? We consider them as our buddies and someone to rely upon through our thick and thin.

6. That is one excellent report well written right there. 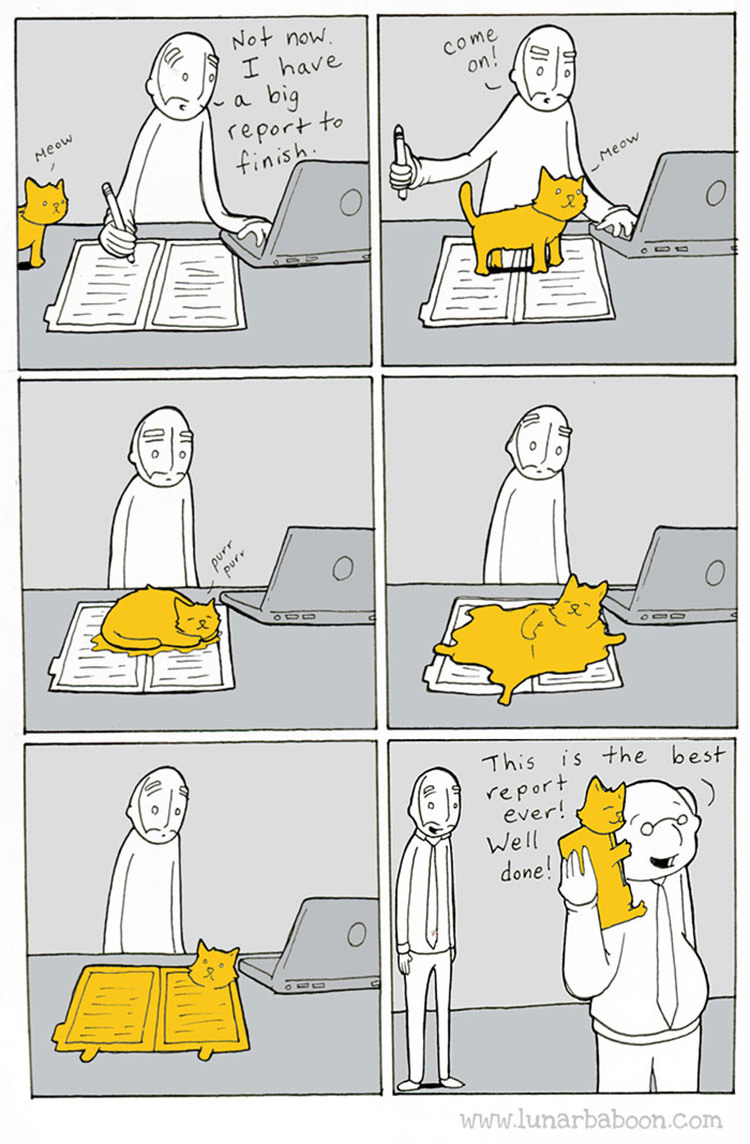 Cats need some sort of entertainment when they are bored and have nothing to do, thus they rely on humans. However, even if we are busy running errands or doing any sort of work, doesn’t concern the cat enough to not disturb us till we are done. That just cannot ever happen!

7. The moment an epiphany hits you right there and then. 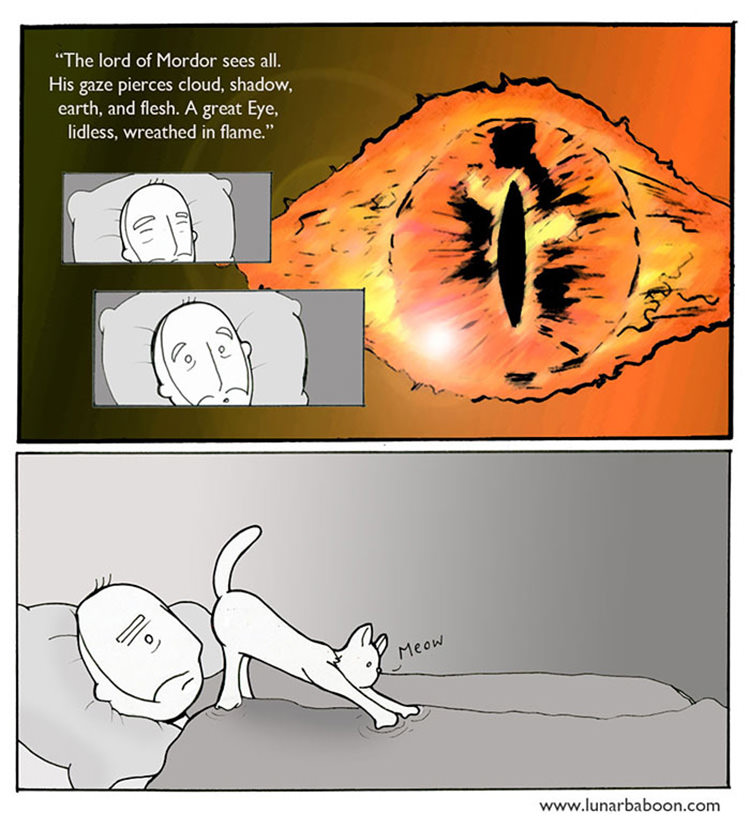 Cats have this habit to be next to the face while sleeping with humans. This can lead to interesting positions and mishaps.

8. Anything liquid is just poison. 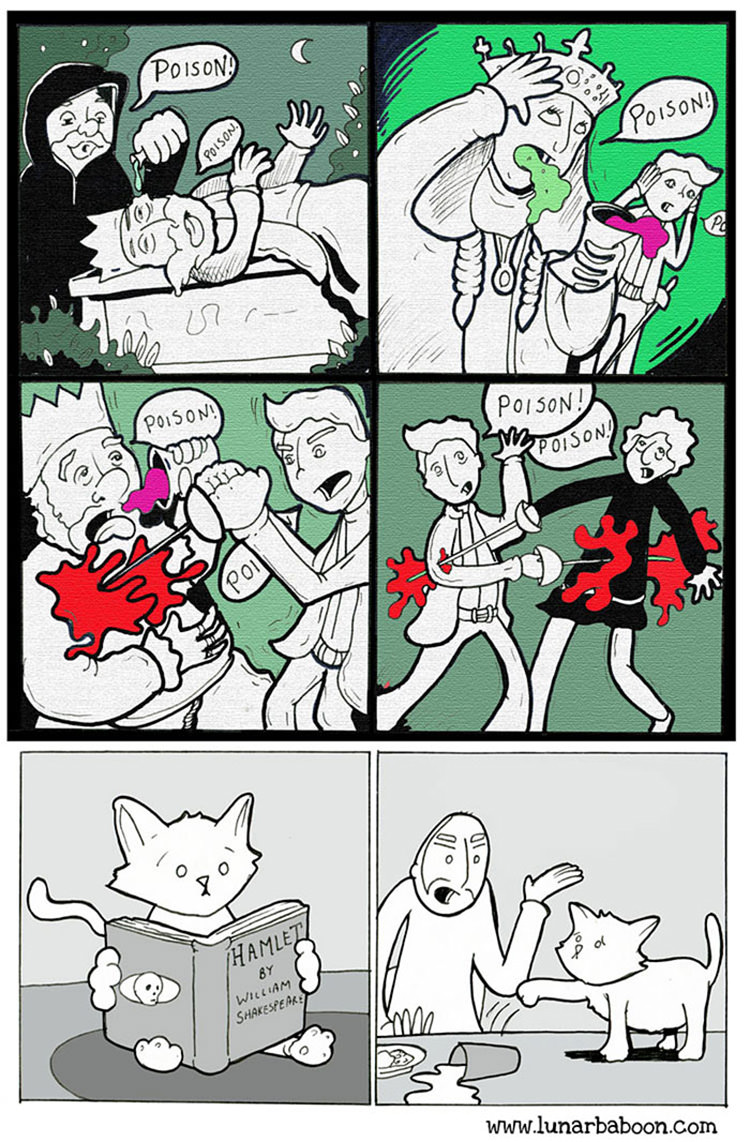 Cats generalize various qualities to all forms of life. Just cuz one thing means something, everything has to mean something similar to the one before.

9. It’s not the cat’s fault that five toes appear out of oblivion. 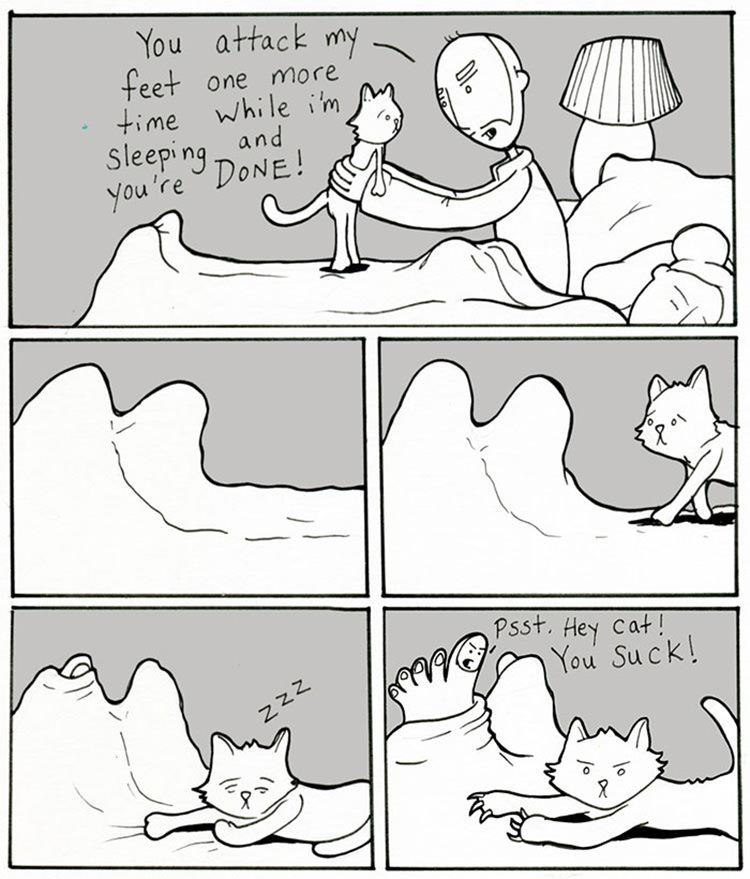 Cats are curious in nature since always and they cannot resist not discovering something beyond the need for inspection. Therefore the curiosity kills the toes with its own toes and the owner gets mad.

10. The ultimate definition of self-satisfaction and Purrfection. 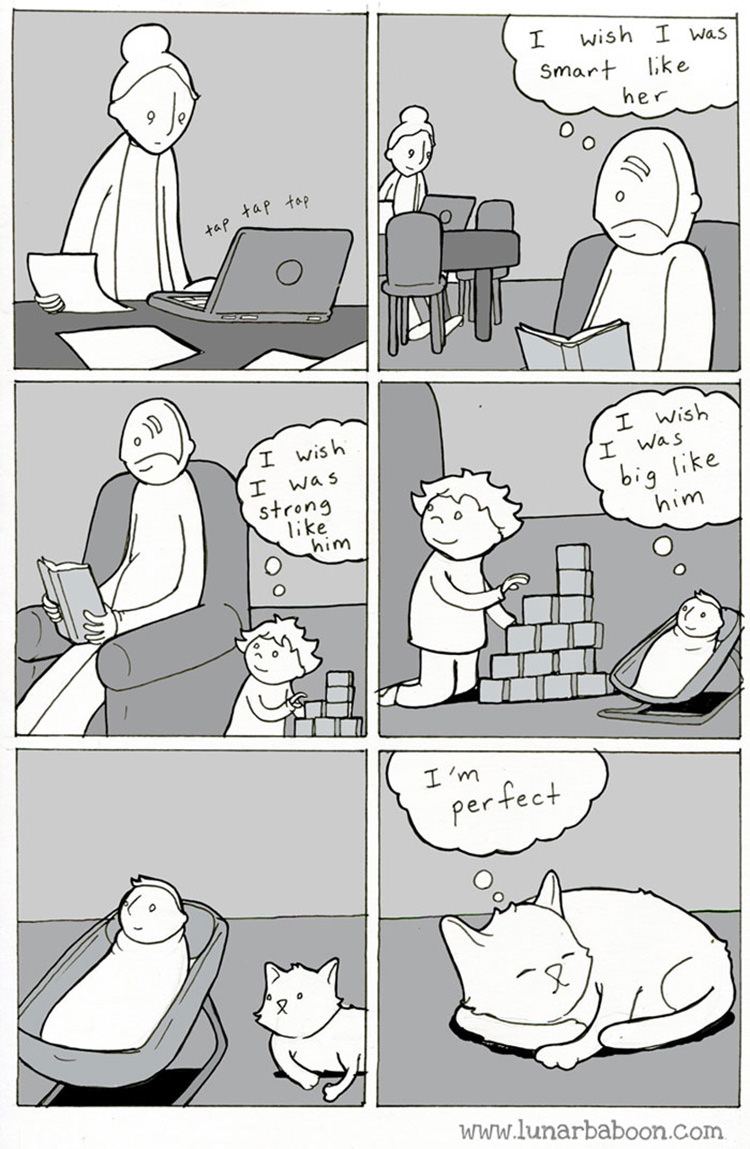 This meme shows that cats are satisfied with themselves for who they are and definitely do not look down on anyone for admiration. They are the supreme cats they are purrfect the way they are and do not need any validation for that.

I surely enjoyed, interpreting these comic strips and I hope you did too, what else did you think about this? Let us know down in the comments below.