I know all of us on the Internet don’t really believe it since we get to read the stories of the worst people on the planet but most people are generally good. Now, I am not saying everyone is a good person and that they don’t lie but usually, it is necessary to put at least a little bit of trust in others. This is especially needed when it comes to employees. After all, they are the backbone of any company and if the company keeps antagonizing them, it doesn’t end well for anyone.

That is what happened in this particular story. We all know that most workplaces have a time logging system. After all, how else is the company supposed to know how many hours you stayed there? While it is not necessary for a fixed salary, you are owed overtime if your boss asks you to stay late once in a while. However, employees tend to ‘eat’ a lot of their overtime hours just because they don’t want to speak up and this ends up getting them less pay than they deserve.

Well, you can see what happens when an employee does tell the truth. Just scroll below to take a look for yourself.

They had only started this job and everyone at the company did things a certain way so they adhered to that rule as well. 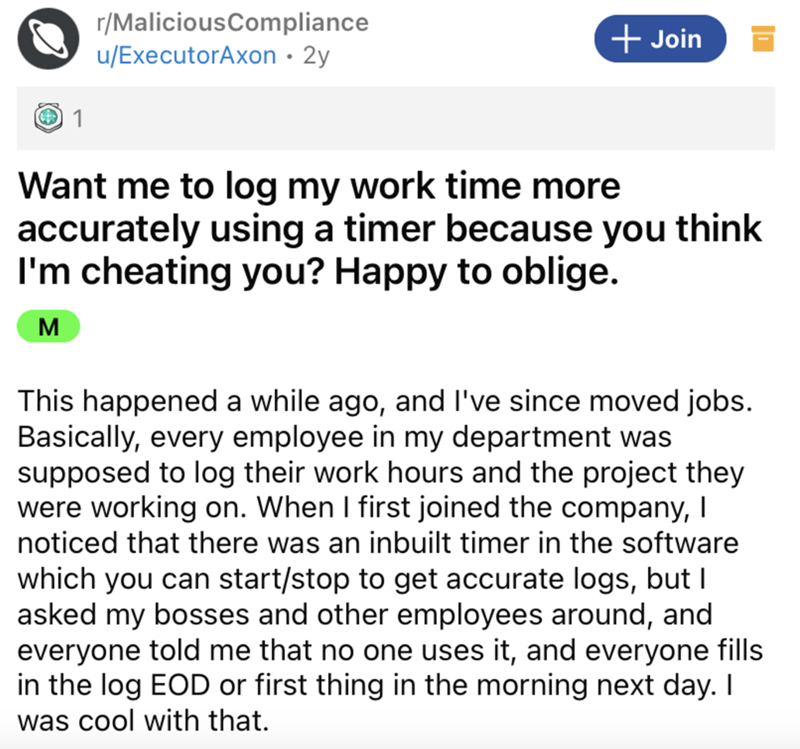 But that didn’t last long as apparently the company thought that the employee was lying to them.

However, what they did not know was that there was a lot of rounding off before which didn’t happen this time.

Their work hours nearly doubled when they logged it accurately.

As to be expected, the company was not happy with this and called them out once again. 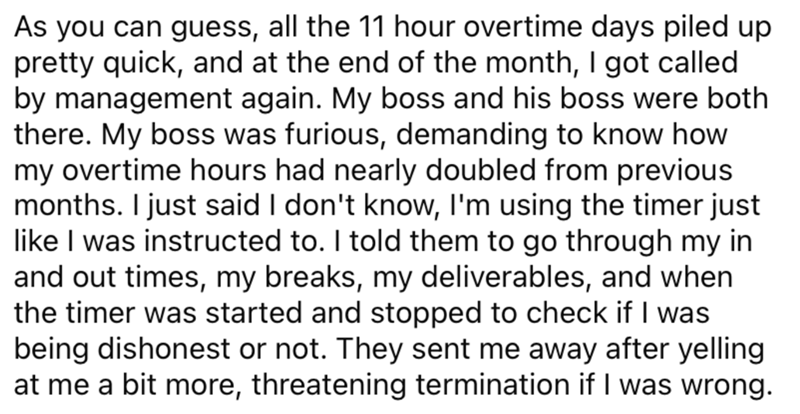 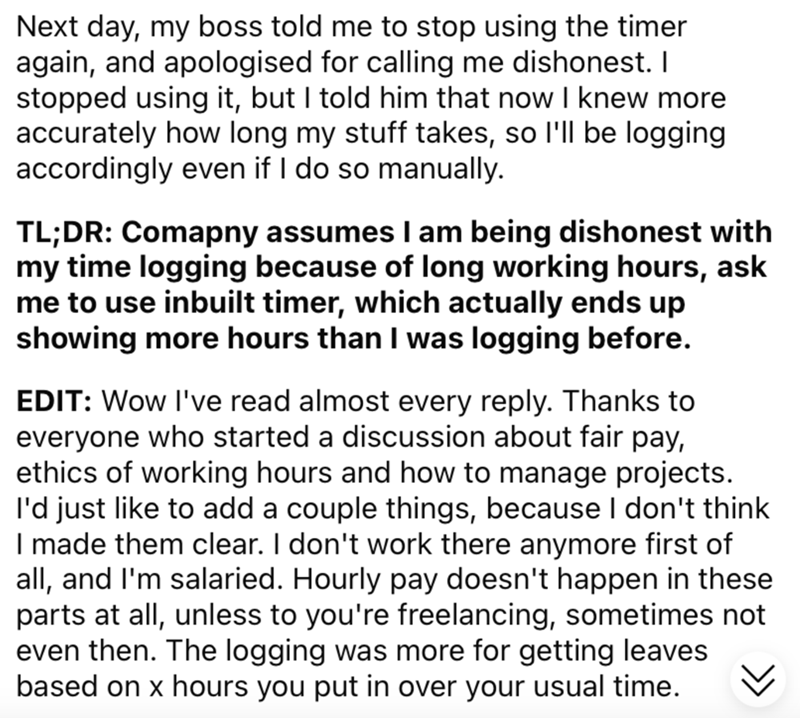 The company even ended up apologizing but it was clearly too little too late.

What did the boss expect? Did he really think that the employee was lying and trying to fleece the company for some extra bucks? It is clear that they ended up paying more than they usually did and it is all their fault at the end of the day. However, I am glad that it happened since the worker would have never gotten the pay raise that they deserved otherwise. I am also relieved to hear that they found a new job because that work environment did not seem healthy.

Most people in the comments could relate with this scenario as well. 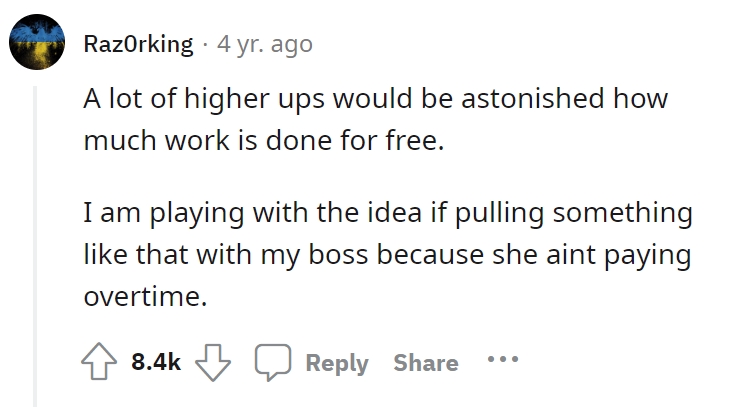 It seems a lot of people do overtime for free which is not fair to the employee at all.

Some people vene shared their personal experiences with this sort of behavior. 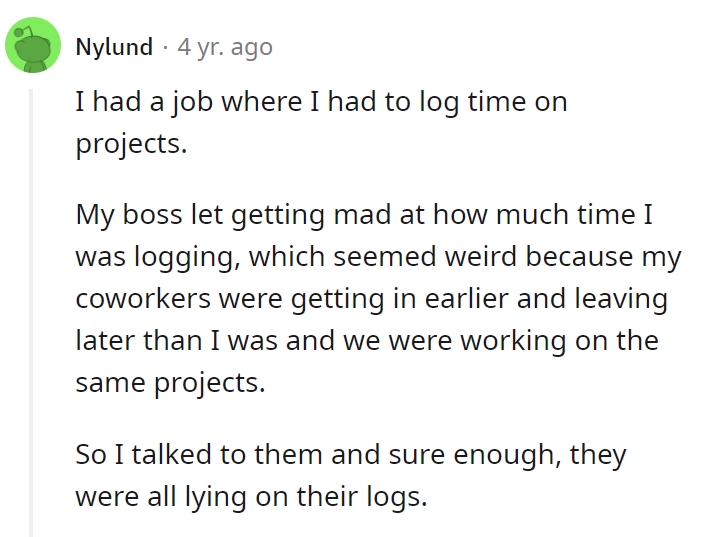 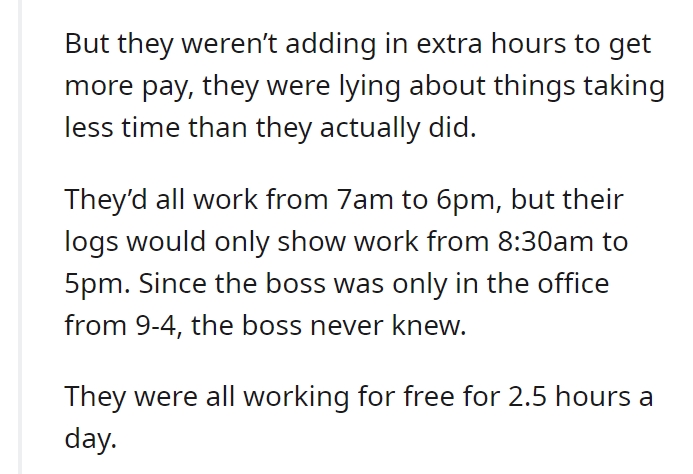 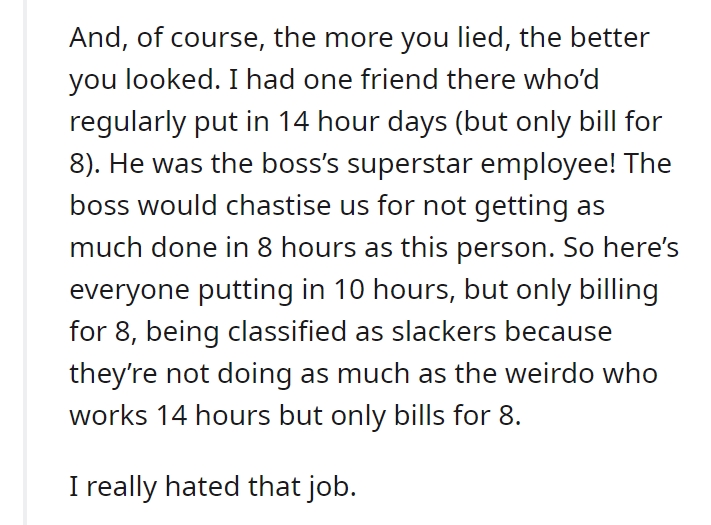 What are your thoughts on this story? Do you always get paid for overtime or are there moments when you do extra work for free? Let us know in the comments below. And don’t forget to share this story with your friends so they can join in with their experiences as well.