Scamming someone is not an easy thing.

People these days are becoming more and more intelligent and that means they know when they are getting ripped off. However, that also applies to the scammers. They have learned new tips and tricks that many of us don’t see coming. I personally have been ripped off a few times. Granted, I didn’t let them get away with it but they till tried didn’t they?

And both of the times were because of Uber. It was actually the uber driver scamming me rather than the other way around. Although this time we are taking a look at how customers try to get free rides by making excuses. I actually didn’t know people canceled their ride in the middle of the trip to avoid the fee but apparently many try to say ‘it is just a mistake’.

Take a look below to see how this uber driver dealt with this ‘mistake’.

I remember Uber being at the height of its popularity back in 2018. 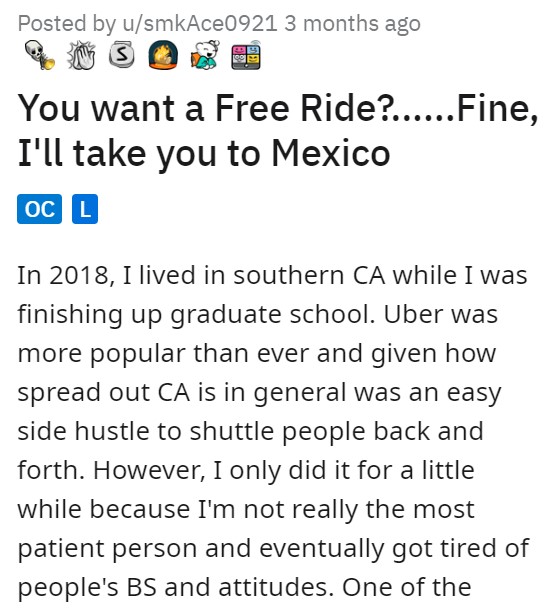 This had apparently happened to him a few times but this time she took it to a whole new level. 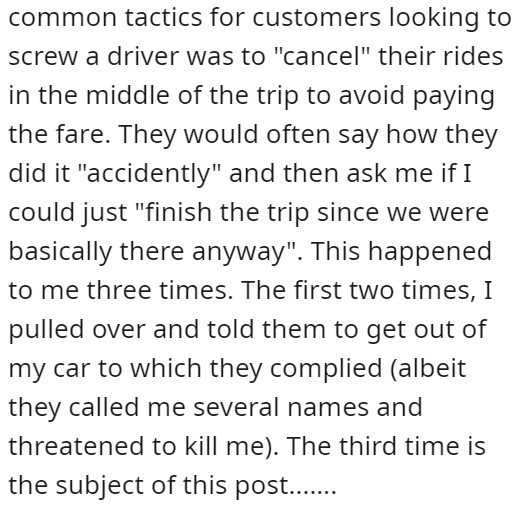 As an Uber driver, I hope you reported those riders to Uber. That way they can’t pull that shit on anyone else… –bjandrus

Now we get into the story of how this college girl tried to get a free Uber ride. 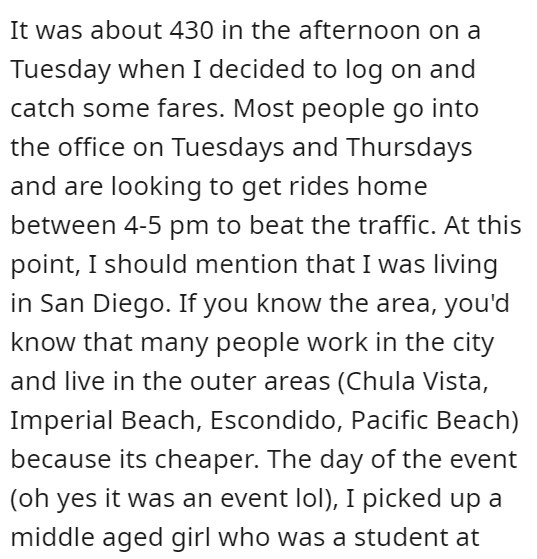 Why are the rich people the ones who are the most greedy? 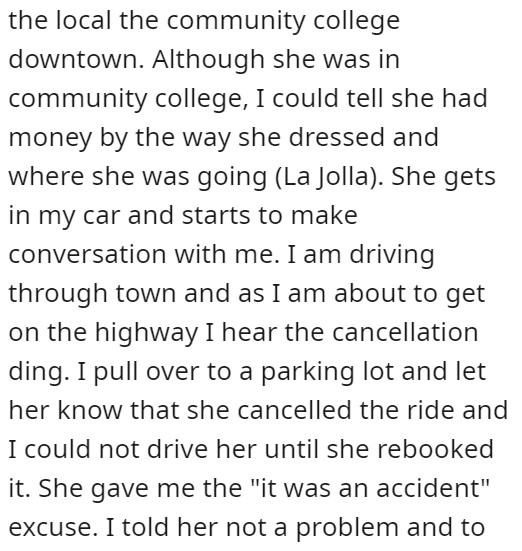 She sounds like a spoiled brat if I’ve ever seen one. 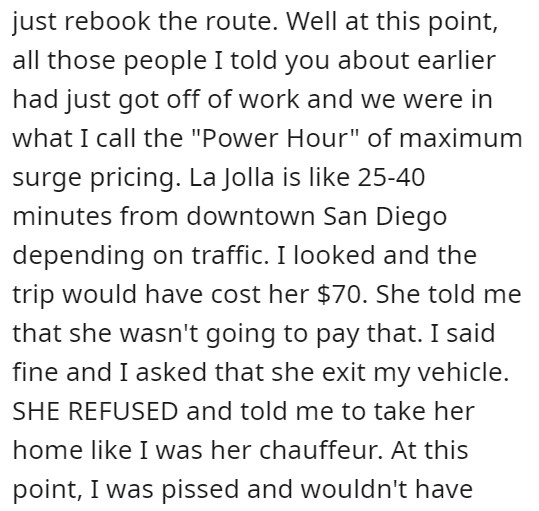 Honestly, did she think it would go her way? 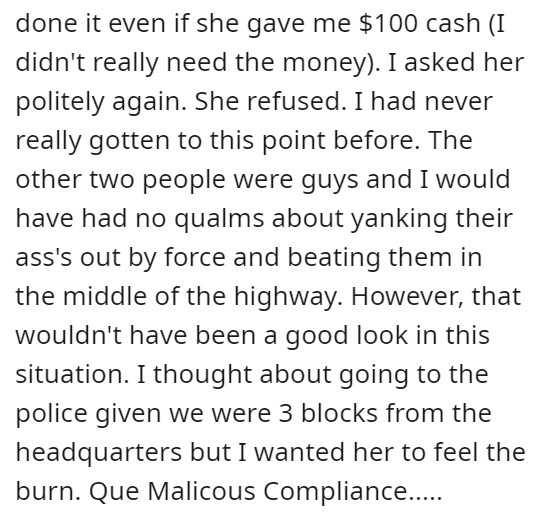 She was so happy that she was getting what she wanted. 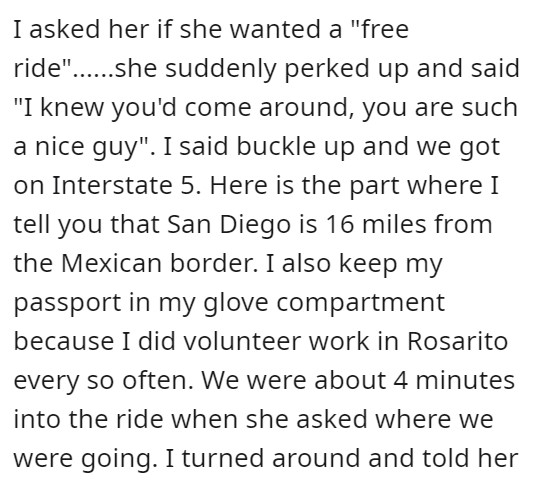 Until she realized that was not what was happening. 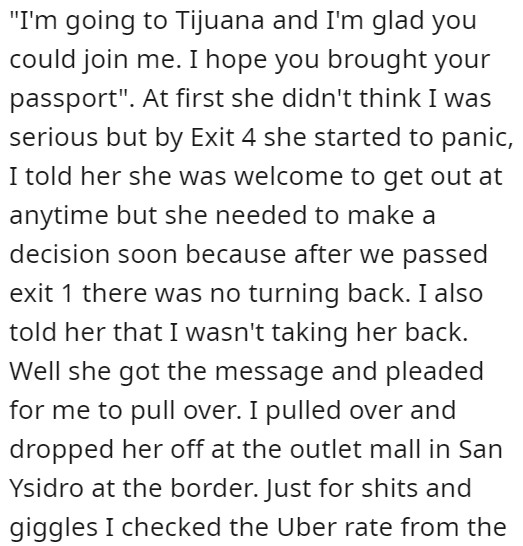 Don’t want to pay? I’m taking you to a different COUNTRY. –Hodson224

He might not have earned any money that day but at least she got what she deserved. 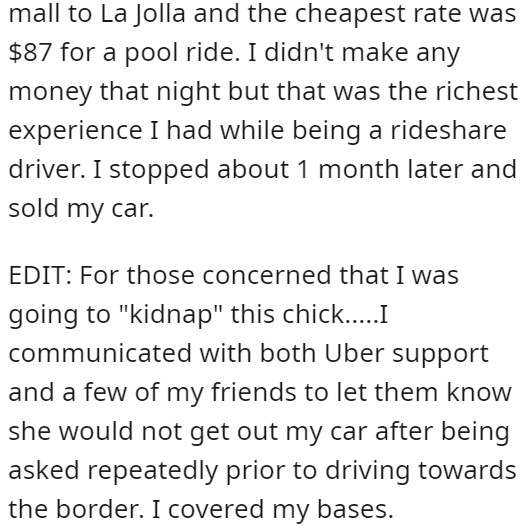 Now she has a story about that crazy Uber driver who tried to sell her kidney in Tijuana. –HoodedMenace

Has anything similar ever happened to you? Why not let us know your story in the comments below? Don’t forget to share so others can have the sweet taste of second-hand revenge as well.