Why does everyone like to think they know better?

If someone has been doing a job for years before you even started at the company, there is a high chance they know more about how things work there. And there is no shame in asking for help from an employee who might not be at the same level as you. However, managers don’t like to think that way and more often than not, it can come to bite them in the a** pretty soon.

That is what happened with this guy. You see he just wanted to follow his boss’s decision to reduce overtime and that meant cracking on employees who were trying to finish important tasks. He was so rude about the whole thing towards the one employee who was trying to help that he soon got what he deserved.

It might seem like a good thing to want your employee to leave at time but not the way this guy went at it. 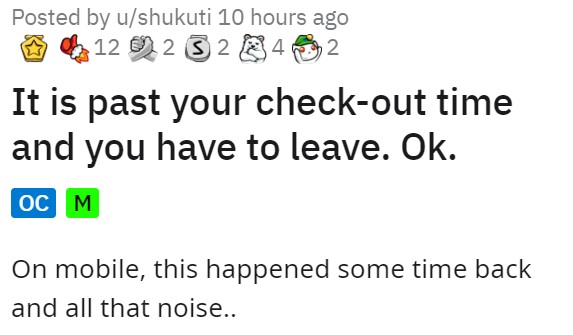 According to what I am reading what they do is important work and you can’t delay. 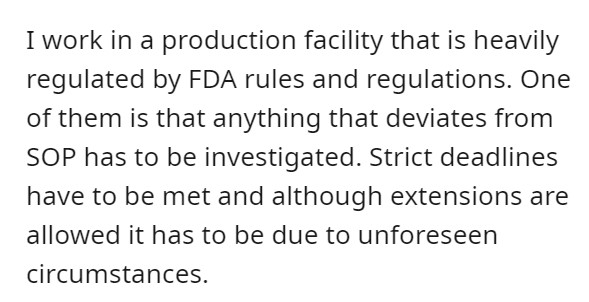 This person clearly just wants to do their job and do it well. 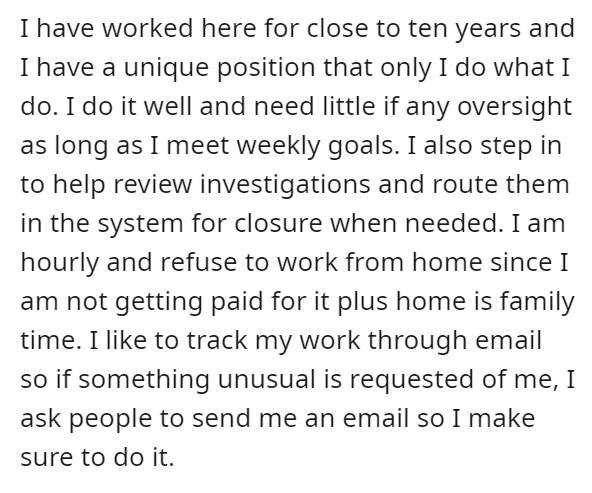 This new supervisor clearly didn’t know enough but thought it was a good idea to show off his power. 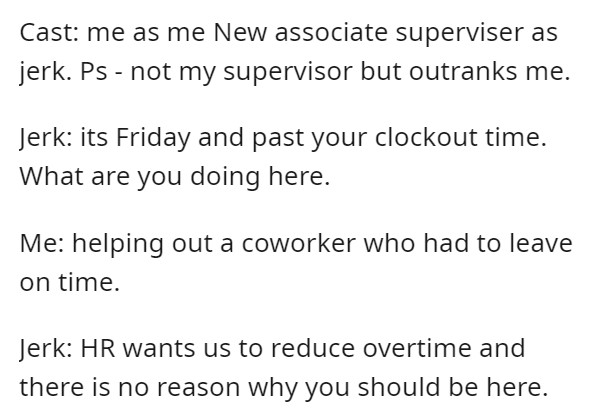 As a manager, two HUGE warning signs to heed: “Are you sure?” “can you put that in writing?” Anytime one of your people says those phrases, it’s about to go sideways, and you’re going with it. No scapegoat for you. –Saberune

He is talking like he knows everything and nobody likes a know-it-all. 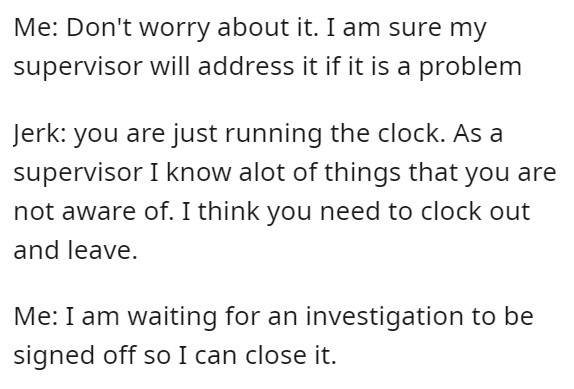 I can see why this guy was named Jerk in this story. Perfectly suits his character. 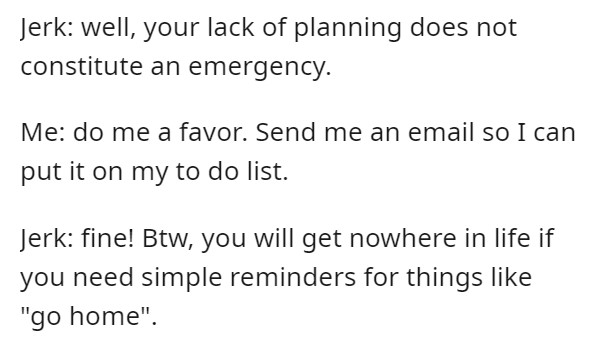 He read the email and it was clear there wasn’t going to be overtime pay so he set out towards him home without finishing his task. 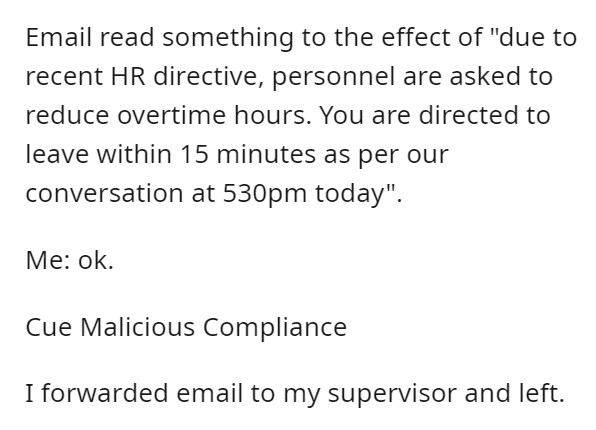 The first rule of thumb: If someone you outrank tells you you’re wrong, you might want to find out why.

The second rule of thumb: If someone you outrank asks for what you just said in writing, you’re about to be in hot water.

The third rule of thumb: If you’re new, try to understand the workplace situation before trying to force changes. They may not be as helpful or ‘cost-efficient’ as you might think. –Okibruez

And soon after he got the call that he knew would come. There was no one else who could do this so he took advantage of the situation. 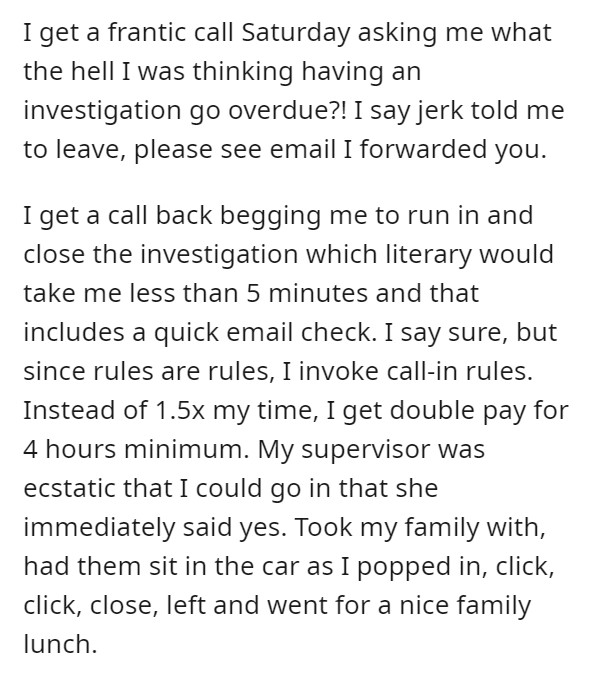 All in all, he got more money than he would have gotten normally and the jerk got what he deserved. 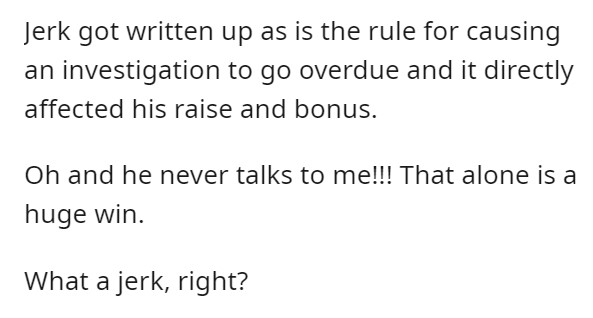 These are the things that any employee should live by. 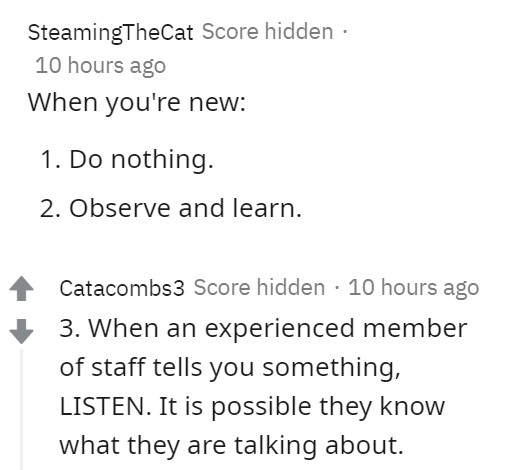 Who doesn’t like to stick it to their rude bosses? 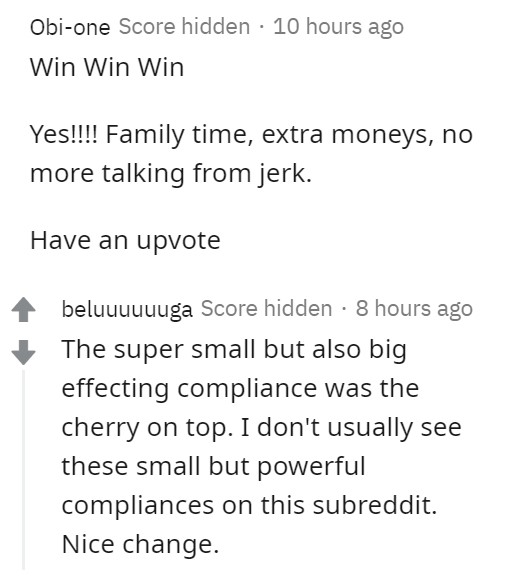 I mean the guy really wanted to knock me down a peg for whatever imaginary slight. All I could think was I am just trying to look out for the company but ok, you win, your wish is granted! –shukuti

Have you ever done something similar? If so how did it turn out? Comment down below and let us know.