No number of toys is enough for dogs.

The extremely adorable owner-dog relationship that we often see on the internet, which looks like the perfect Disney movie, isn’t that easy to achieve. Things don’t happen overnight. In fact, dogs can be very shy at times, and in some cases, it could take weeks, even months to get them to calm down. It’s a huge task to help them regain their lost confidence from whatever happened in their past. In order to establish that connection, a lot of patience is needed. And just when you think all hope is about to end, you make that one last effort and everything clicks into place. Ultimately a connection forms and an inseparable bond forms between the owner and their dog . With love, it always does.

Once your good boy is all yours and you are all theirs, a lot of things happen. As I said, parenting a dog is not an easy process. Establishing that bond does not mean everything is sorted. You need to train them, familiarize them with the house routine, house rules, and more. And they are happy to oblige. Dogs love to learn and are actually very quick to grasp what is being said to them. Called ‘good boys’ for a reason.

But along with all the lovely moments that they bring in and have you cherish your life, dogs can be very messy at times. Yes, you can groom them all you want but when it’s playtime, there ain’t no telling a dog how to play. They know it very well and unfortunately, no type of training exists for that matter. Yes, they do realize their limits. Not going out of the house, for example. One thing that they love playing with is stuffed toys. Here’s where things get messy. It only takes 2 seconds for things to happen. When your dog realizes it is not being watched, they might go absolutely ham on that stuffed toy and destroy it in seconds. That’s their cute way of playing with them. A dog owner would always find dog toys all over their house, some buried in the yard while others hidden under the carpets.

Dogs are just like us humans. A toy becomes their favorite for a couple of weeks and then they abandon it because they have developed likings for a new one. So, this one time this dog decided to abandon his favorite toy which was then found by his dad as he made a lot of effort to blow some life back into the toy.

Scroll down below to know how it all went through.

1. Yet another bad news? What is it going to be?

The reason why I say yet another is because of the bad conditions our planet and us humans are going through today. The way global warming and COVID-19 are accelerating these days, there is very little capacity left in me to hear bad news. Anyways back to the rescue mission!

Dad had found one of his dog Lucky’s abandoned toys and it was not looking in good shape. 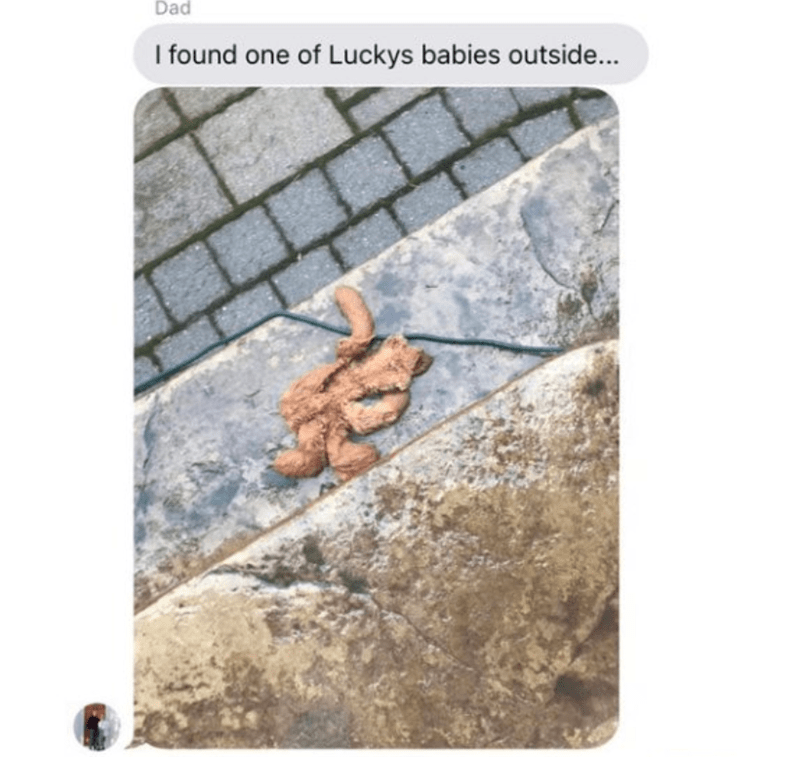 You can sense there is something brewing up in Lucky’s Dad’s mind.

But they could be too late.

Dad decided to commit and tried his best to revive the toy. 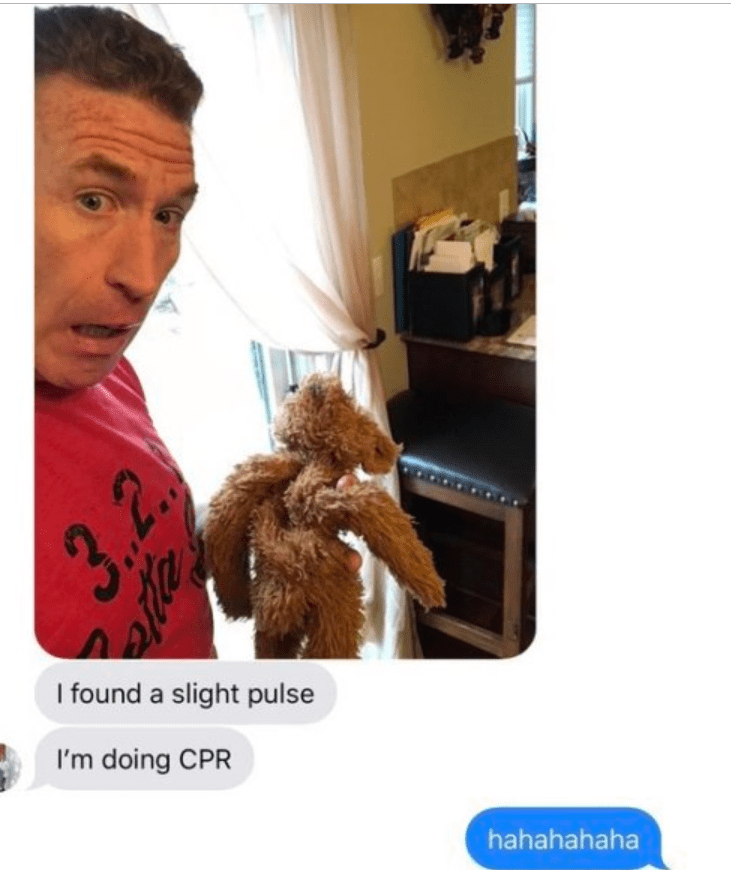 Dad saved the toy. It’s still under intensive care but is doing fine. What a miracle! 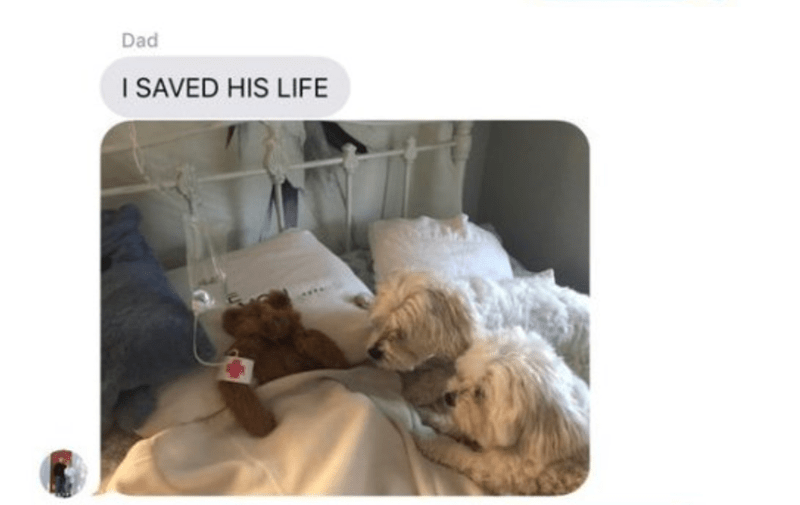 So he has a medical license and is a specialized architect as well? I’m sold!

Internet is a very unexpected space. Even the weirdest of things go viral overnight. And this story of a dad reviving his dog’s favorite toy went viral as well. When you are making a post public or sharing it for the whole world to see, you are also allowing them to comment on their opinions or thoughts. And that is exactly what happened.

The story reached a big audience and here’s what some of them had to say about it:

A toy surgeon. They could form a team. 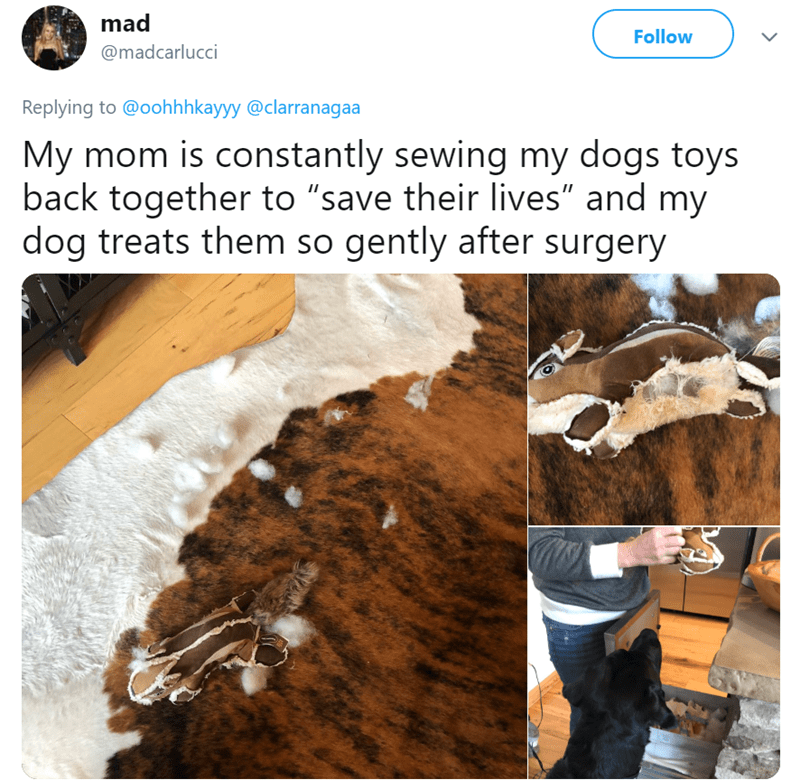 Glad that their child is okay…

The efforts people make for their pets. 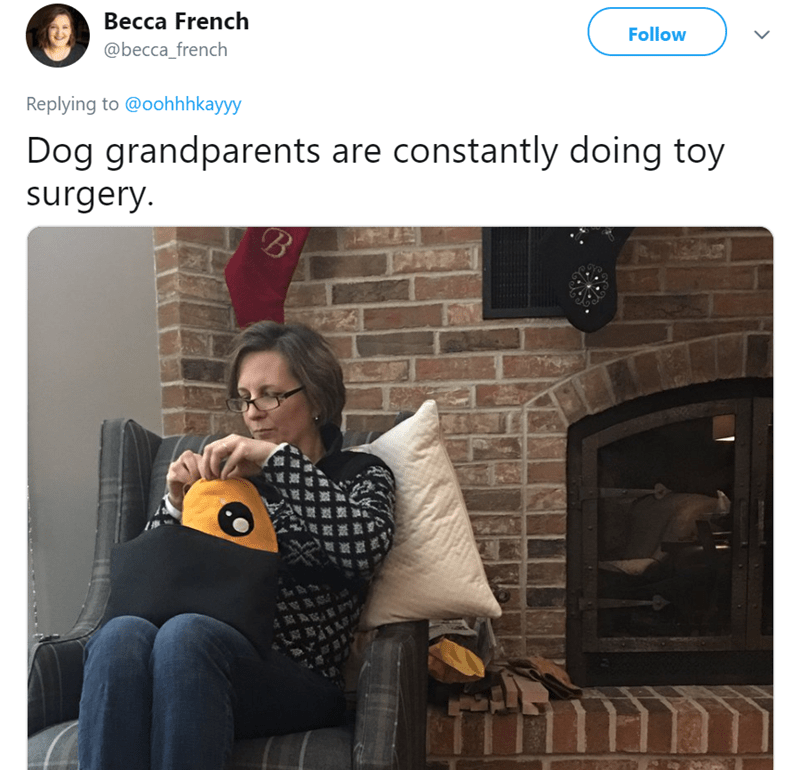 Dads can be really extra at times. But I personally believe that it was a very sweet gesture for his dog. I really hope you guys had a nice laugh reading through this story. Feel free to share your thoughts and opinions in the comments section below. Should Dad apply as a Doctor in a hospital? I think he should.