Despite the circumstances, all dogs are good boys.

We love our doggos unconditionally. It doesn’t matter if they’re making a mess, or if they’ve killed a man. We’re going to defend them until our last breath. Dogs are precious and pure and they have to be protected at all costs. Even with all their imperfections, dogs are perfect for us. Their flawed nature makes us love them even more. They try their best to keep us happy and it is the effort that we need to appreciate. They are doing their best and that’s what matters the most.

However, our little canine friends can unintentionally cause us distress sometimes. Due to their hyper and playful nature, they tend to be a little reckless sometimes. They will run around the house and break your favourite expensive vase or dig up your perfectly mowed lawn. However, they show how sorry they are when we get mad at them and we just can’t stay angry at those puppy dog eyes so we let it go. Scroll down below to see 30 dogs who tried to be good boys but it didn’t always work: 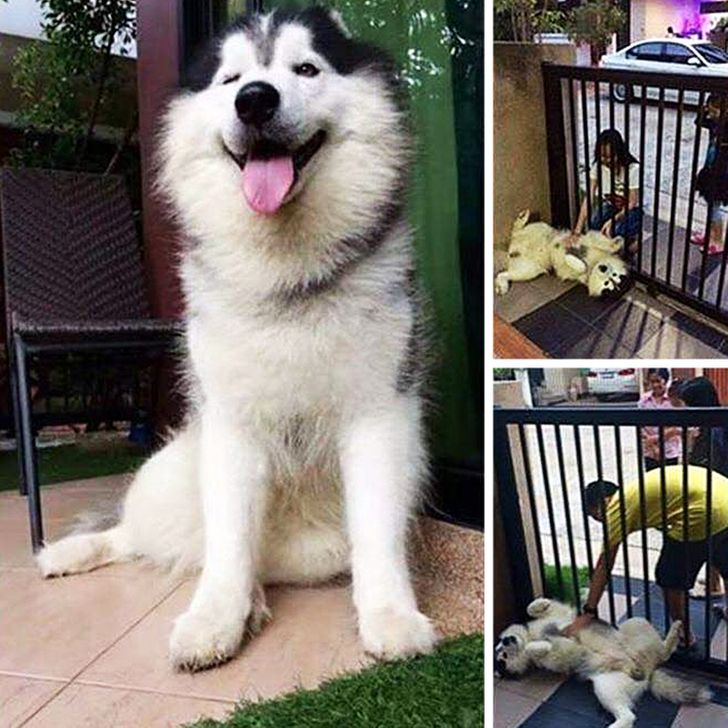 2. “I’m going to repeat the question: What do you have in your mouth?” 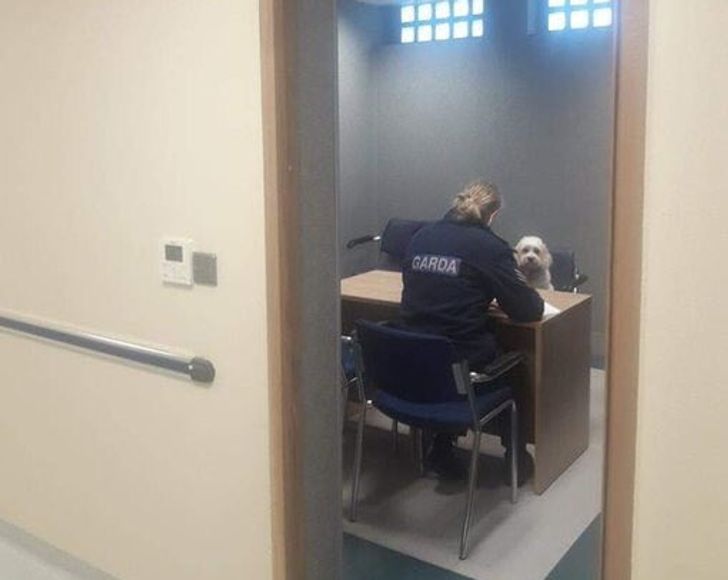 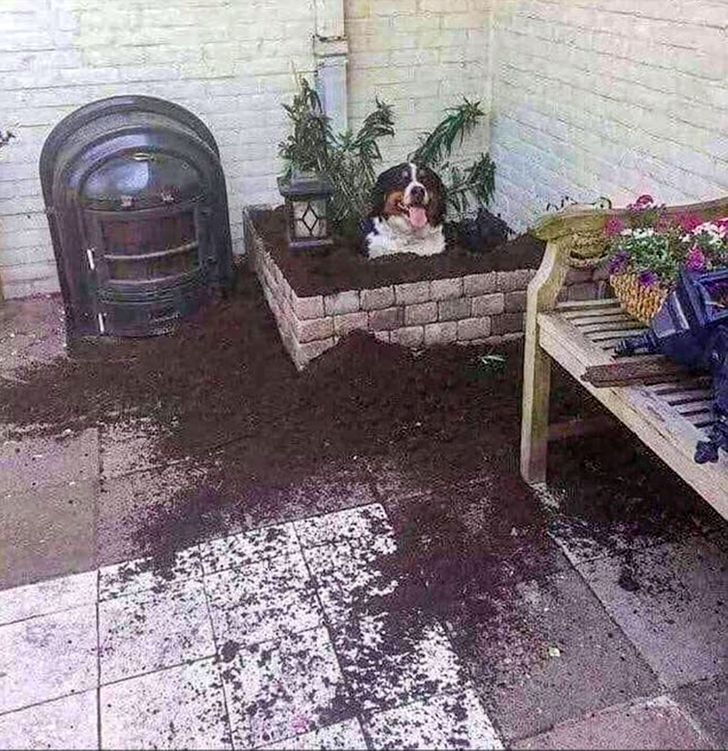 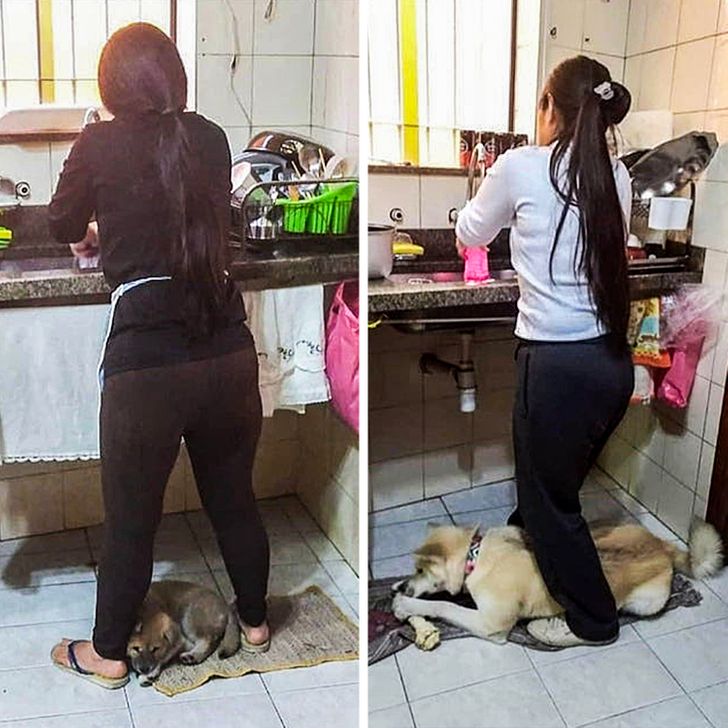 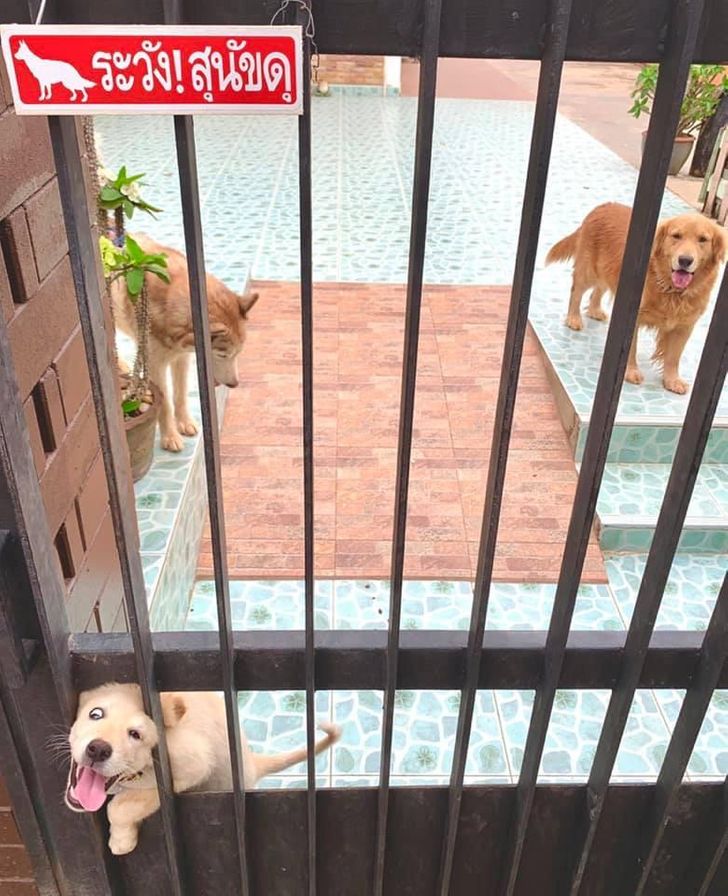 6. “I heard my older lab crying and came out to find his little brother blocking the stairs.” 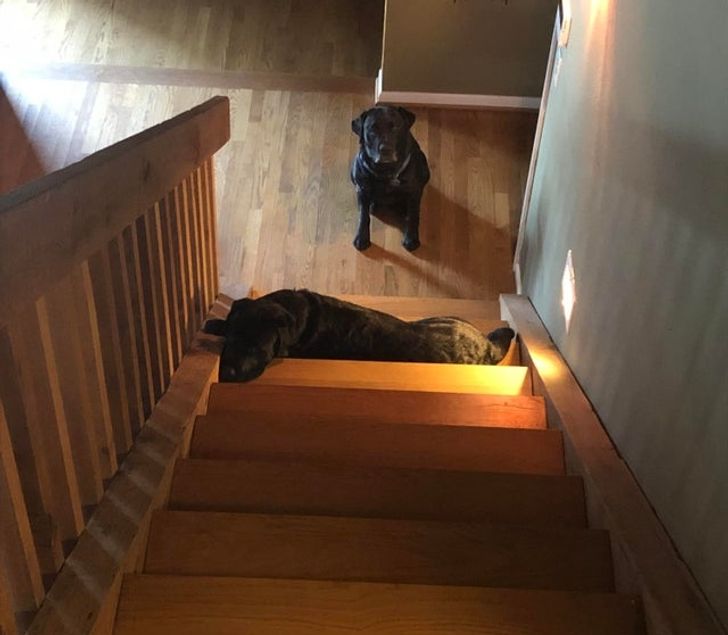 7. “I decided to check to see if my dog had any guard dog skills. I asked my friend to approach him. And my friend sent me this photo. It seems my dog has failed the test.” 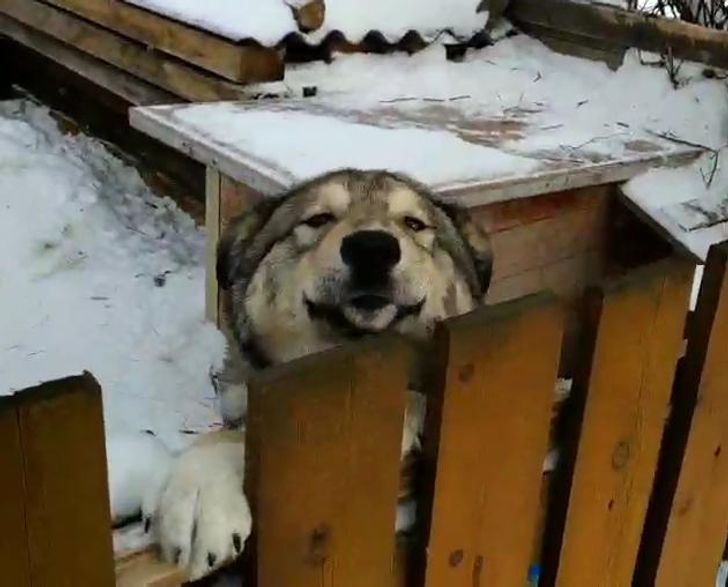 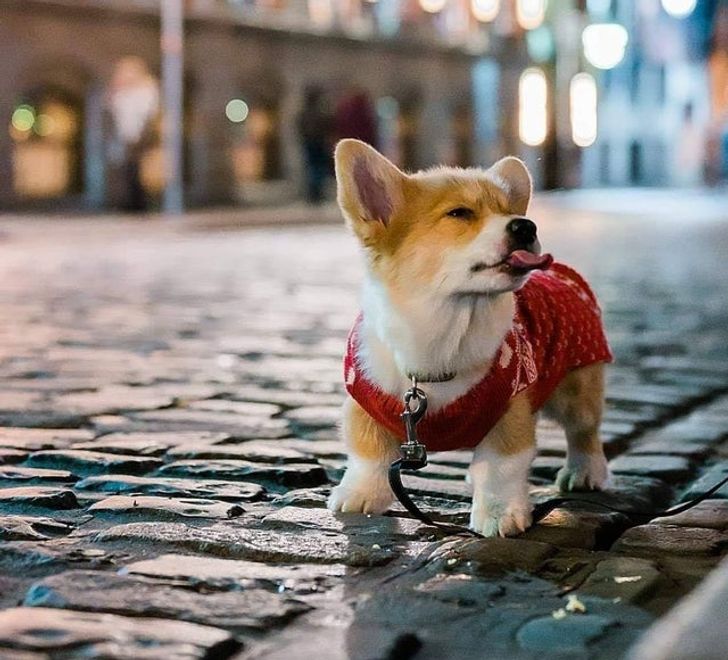 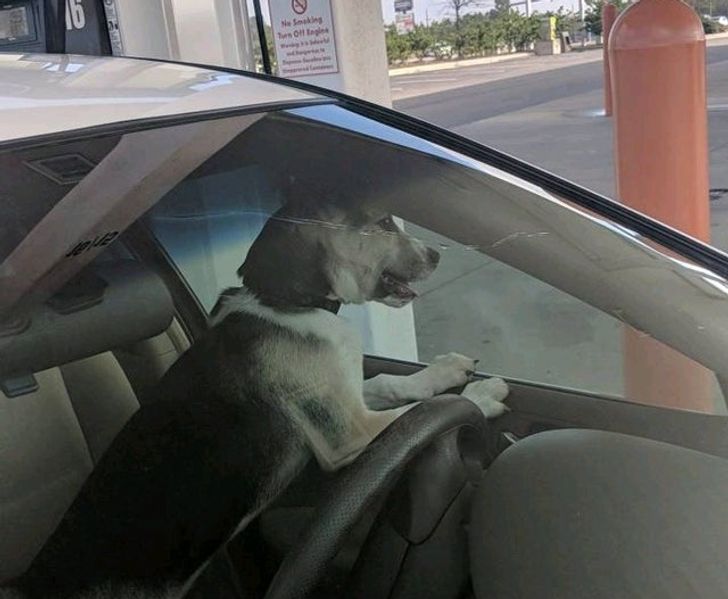 10. “The most ferocious beast I have ever seen.” 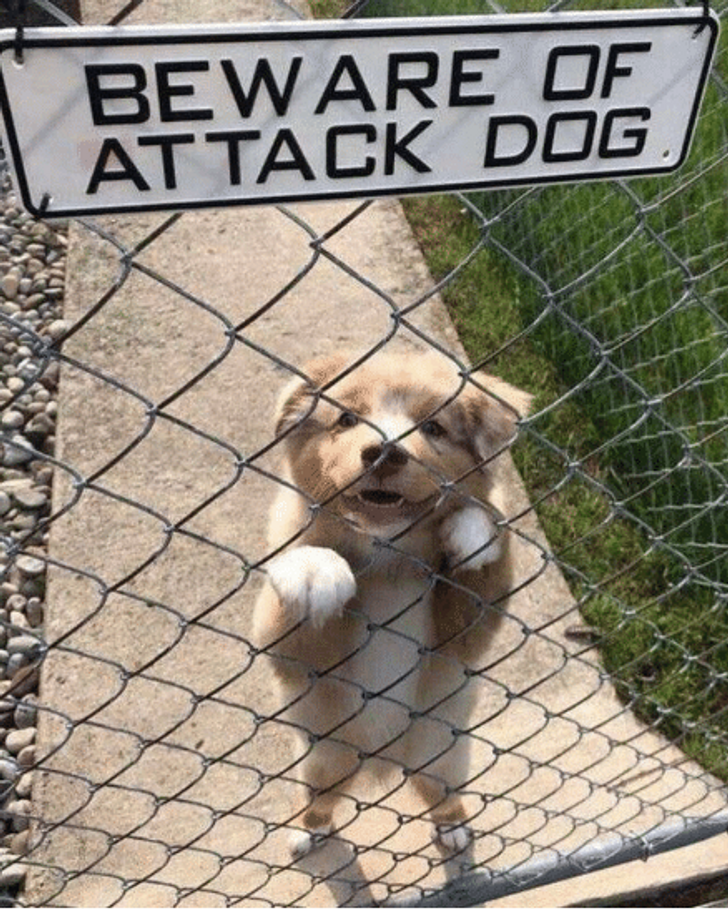 11. He stole his sister’s ball then sat on her head. 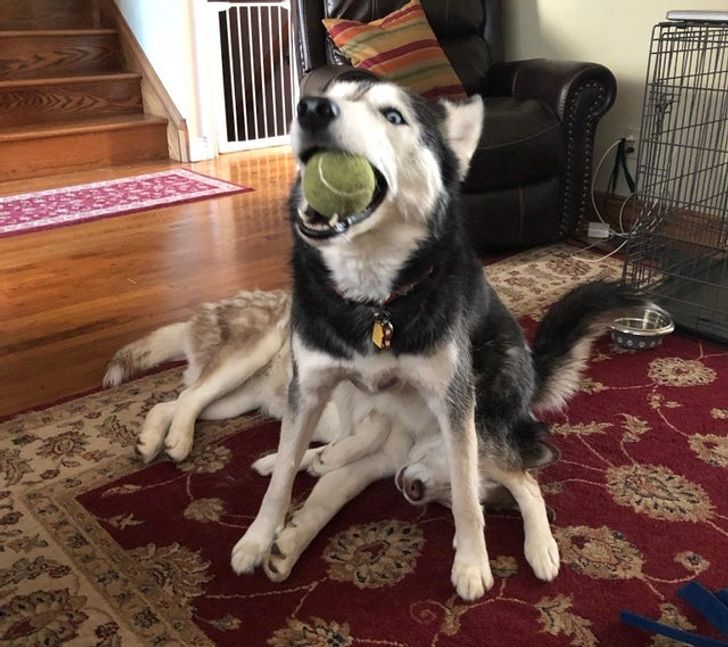 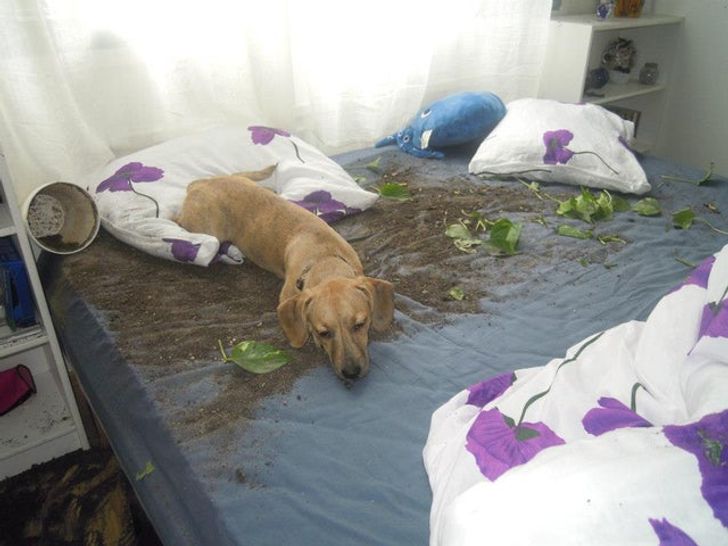 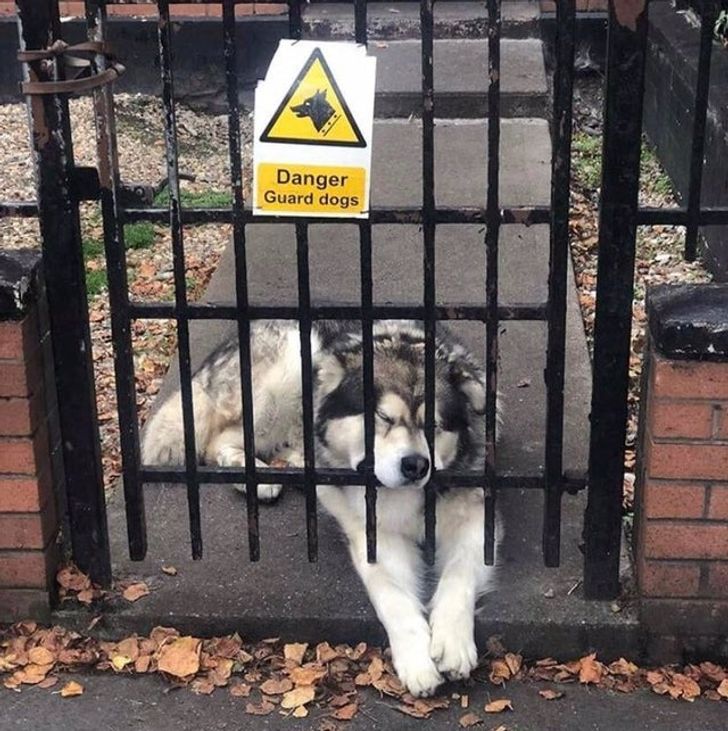 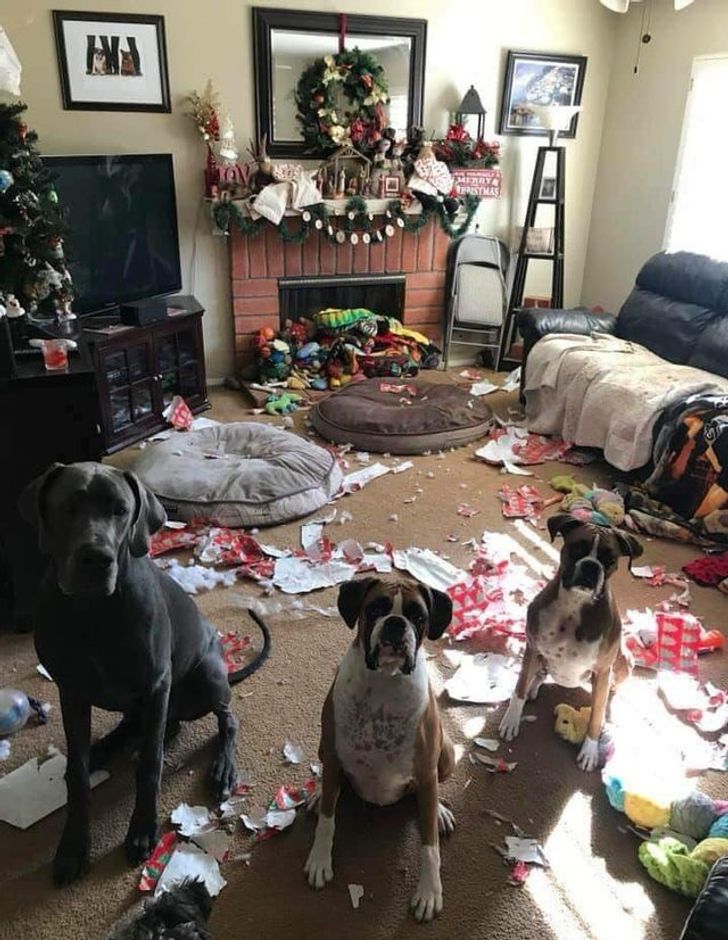 15. Sometimes it is better to just avoid situations. 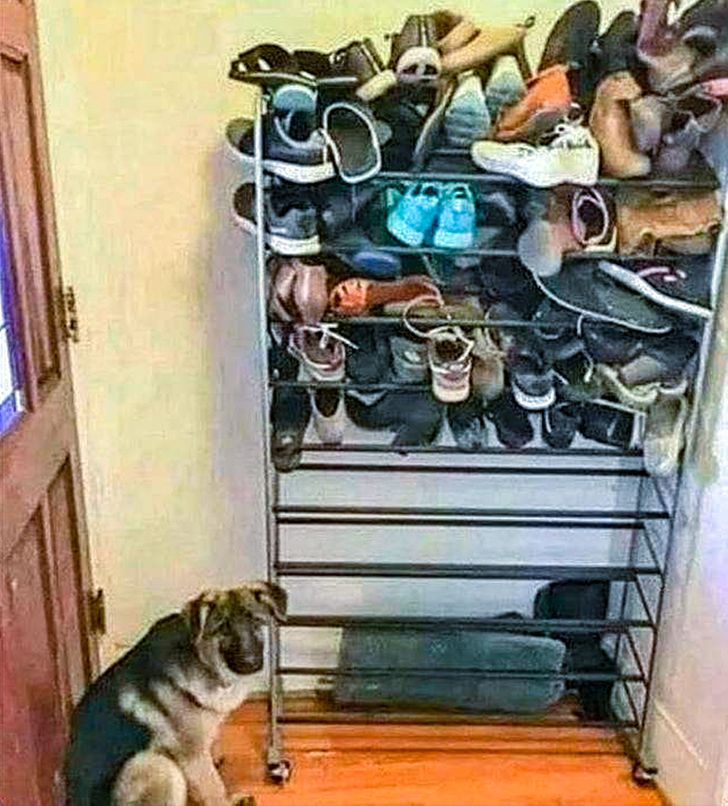 It’s not like dogs do these things on purpose just to mess with us. That’s a cat thing. These cute fluffballs just like playing around and sometimes create a mess which is completely normal. You can see the guilt in the eyes of most of these babies. It’s okay. You’re still a good doggo to us! Scroll down below to see the rest of them:

Heard a big ass crash in my bedroom…. pic.twitter.com/X39rUkU1nc

17. Maybe if I lick the door, it will dissolve.

Good Afternoon. My parents’ dog locked himself in the shower and spent the better part of an hour trying to lick his way out…. pic.twitter.com/bj2RKMcaY8

Look at this little fucker after I took her bone away from her (she was choking on it 🙄). pic.twitter.com/4kpYDL3qTz

Dog escapes, then rings doorbell to get back inside https://t.co/Cwcqe1QYmE pic.twitter.com/xmLtf0HAOX 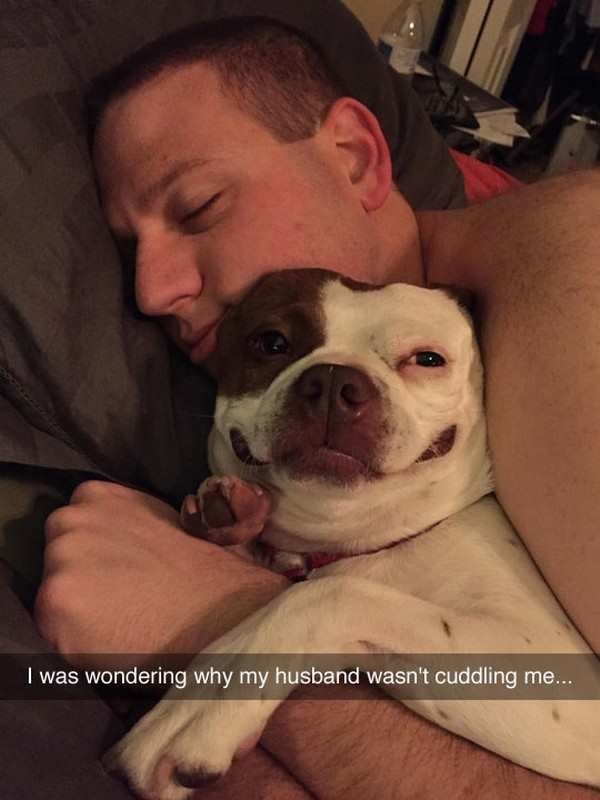 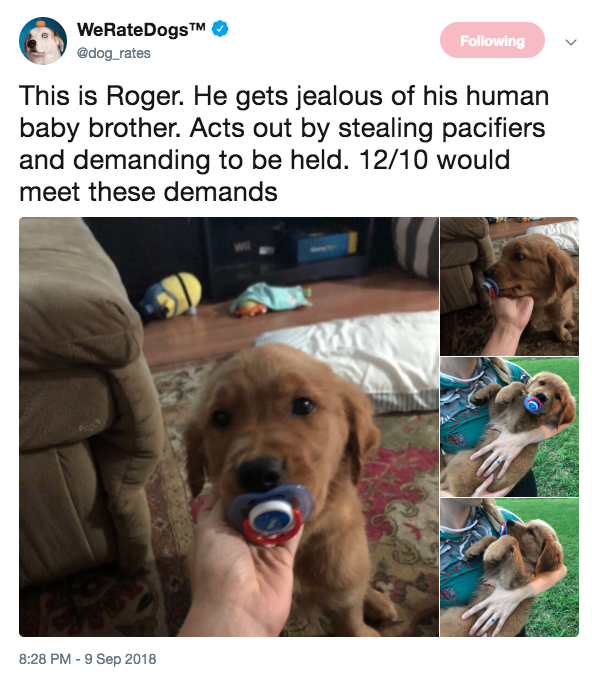 Today marks a year since I paid nearly £200 to be told my dog was faking struggling to breathe in order to be carried. pic.twitter.com/rGfBKz6FKF

24. Okay, I don’t know what I was expecting. But it definitely wasn’t that.

At least he’s telling the truth 😂
Lmaoo watch until the end !! pic.twitter.com/L9k8Db2kYR 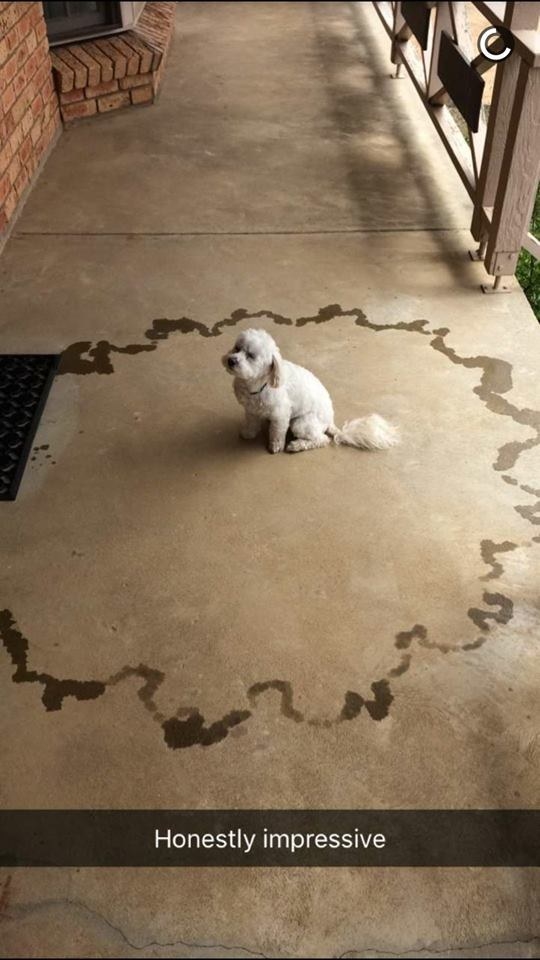 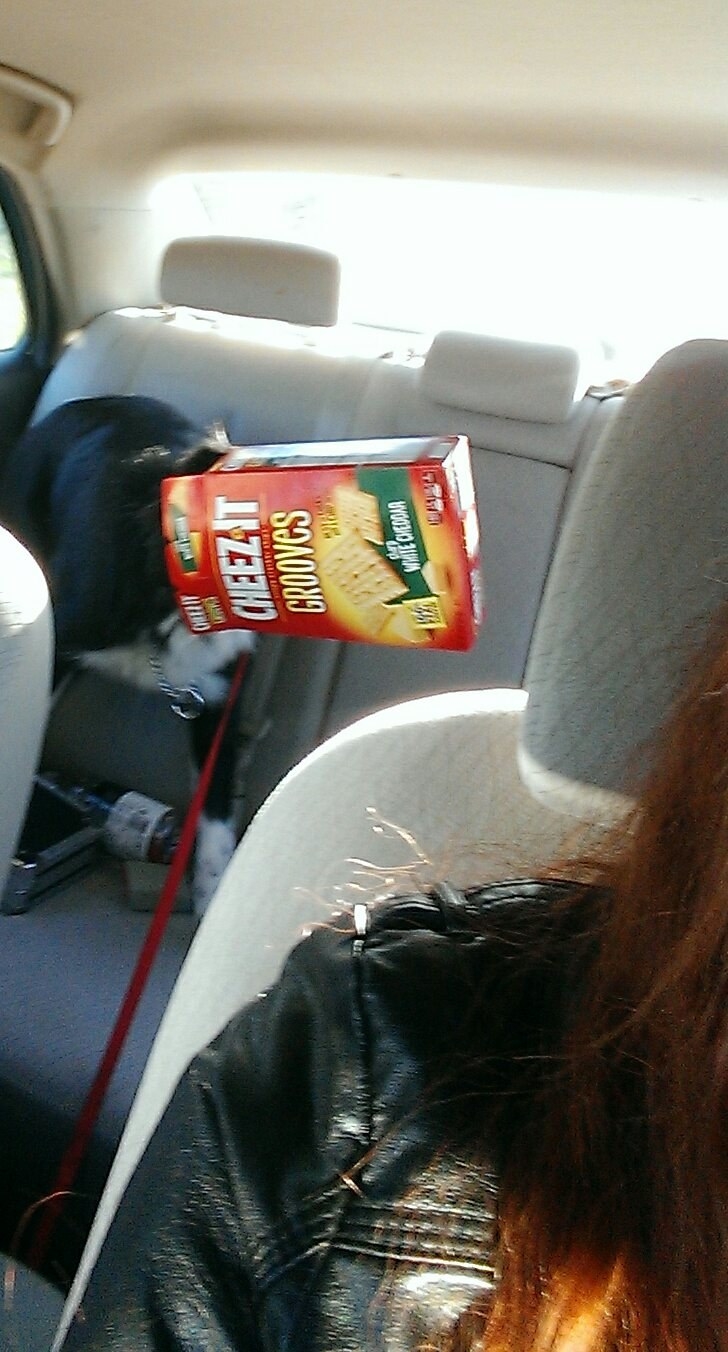 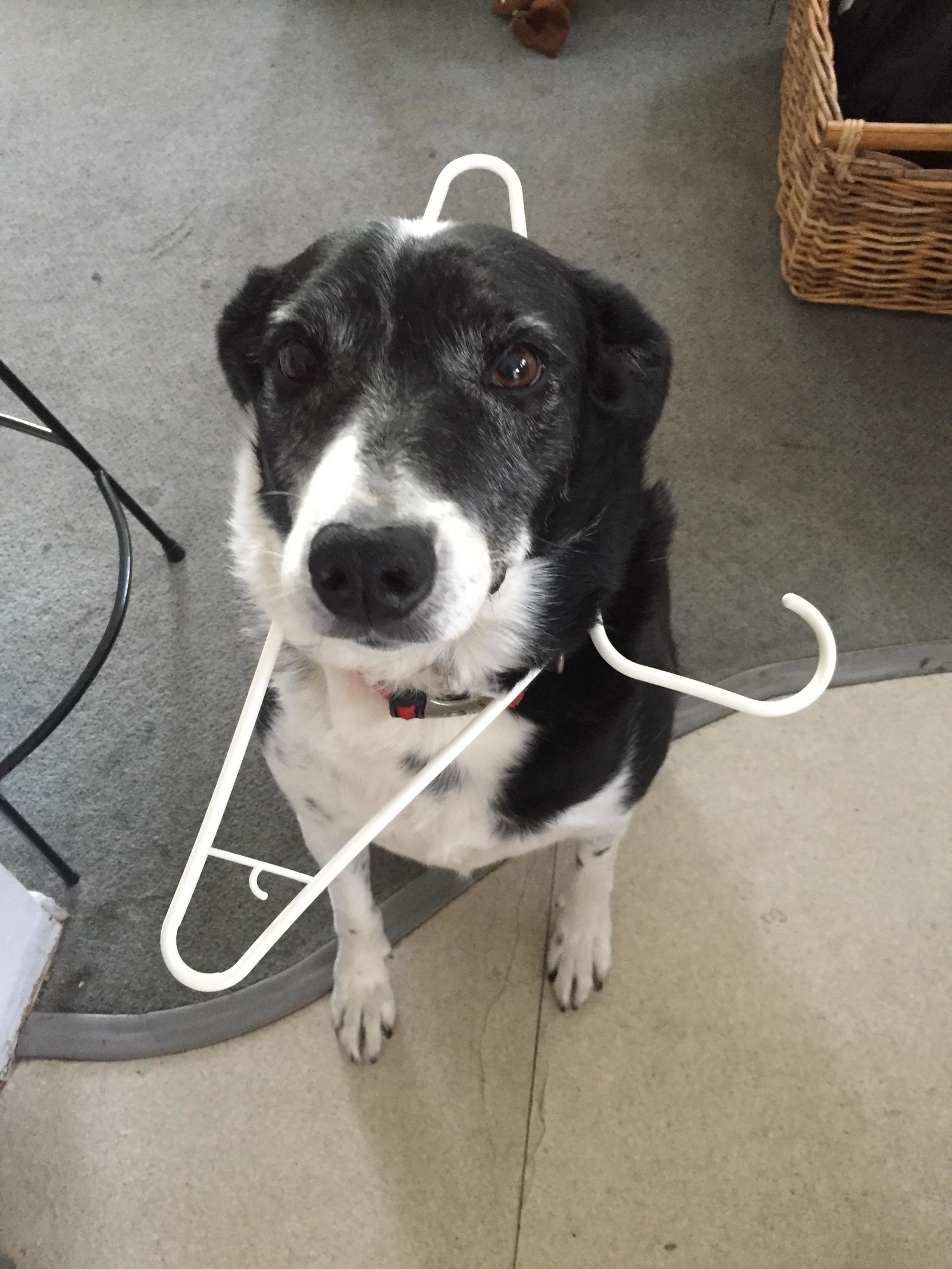 28. Not even remotely sorry. 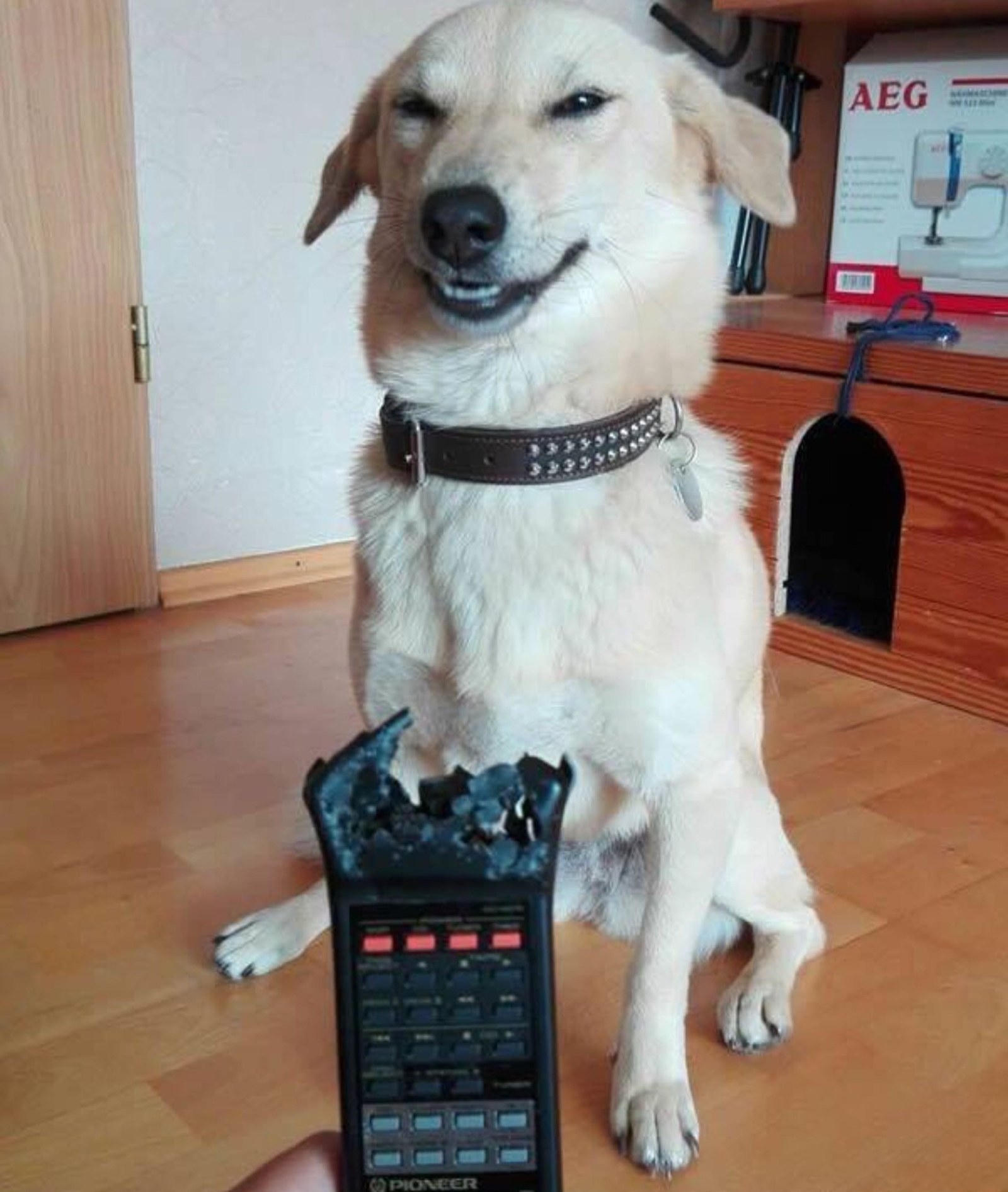 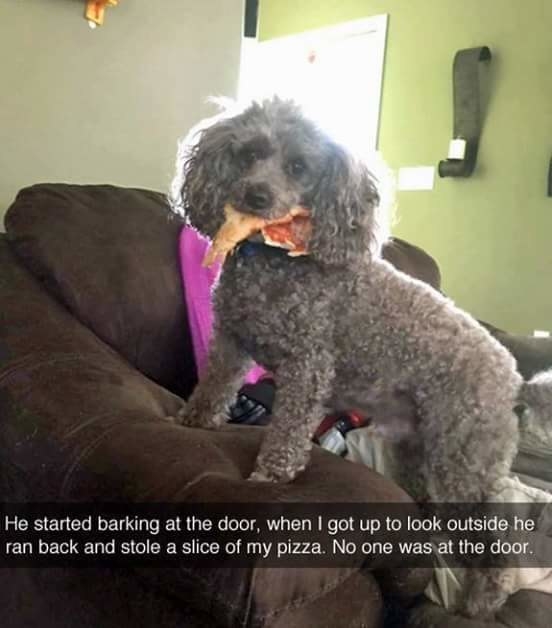 Do you know any good doggos with bad habits? Let us know your stories in the comments below!