The connection between a father and son is the most beautiful bond on the face of the planet. Dads are the ones who will always be there for you, no matter what happens. From the moment of your birth, they are there to welcome you into this world, and they are always there to lend a helping hand as you grow into adulthood. They are our continual support system, whether it’s holding your hand while you take your first step, dropping you off at school, or forcing you to learn how to ride a bicycle. Nothing on this planet can compare to the morale-boosting effects of these fathers. It is these men, our fathers, who are our constant mentors, helping us to learn from their wisdom.

In our lives, they are the people who play a variety of roles. Dads have always been there for us as constant support; they’ve also taught us how to be better people. And these fathers need to be praised as well! But what if, despite providing the children with a lavish lifestyle and always being there for them, they still don’t get the respect they deserve? Alternatively, should children stop calling their fathers “Dad” and instead use their first name? Have you ever wondered what the father must feel at a time like this? Such an occurrence would be both humiliating and strange.

As a matter of fact, there are many youngsters who don’t call their fathers “Dad,” but instead use their first names to refer to them instead. As a result, we came across a Reddit member who had his own 16-year-old kid who stopped calling him dad and started to call him by his first name. That wasn’t an issue for the mother; the father however was not happy with this, therefore he took away his son’s electronic devices after he asked multiple times. So, the parent has turned to the Reddit platform r/AmITheAsshole for advice, asking if what he has done was correct. So, just keep scrolling down to have a look at the complete story.

1. Dad wonders if he’s right to chastise his son for addressing him by his first name. 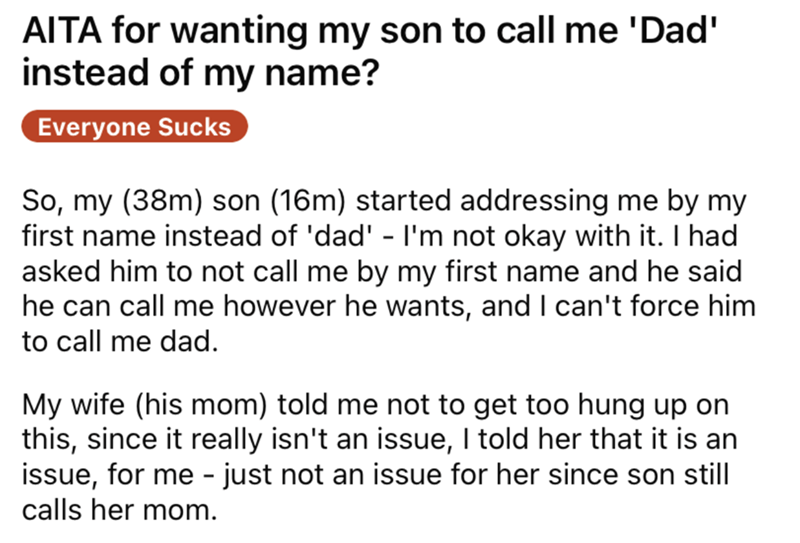 2. The OP attempted to express his preferences to his son but failed. 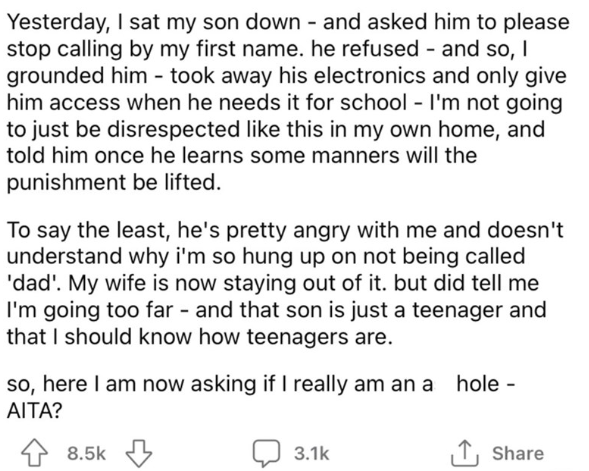 Let’s go ahead and see what people had to say about it. 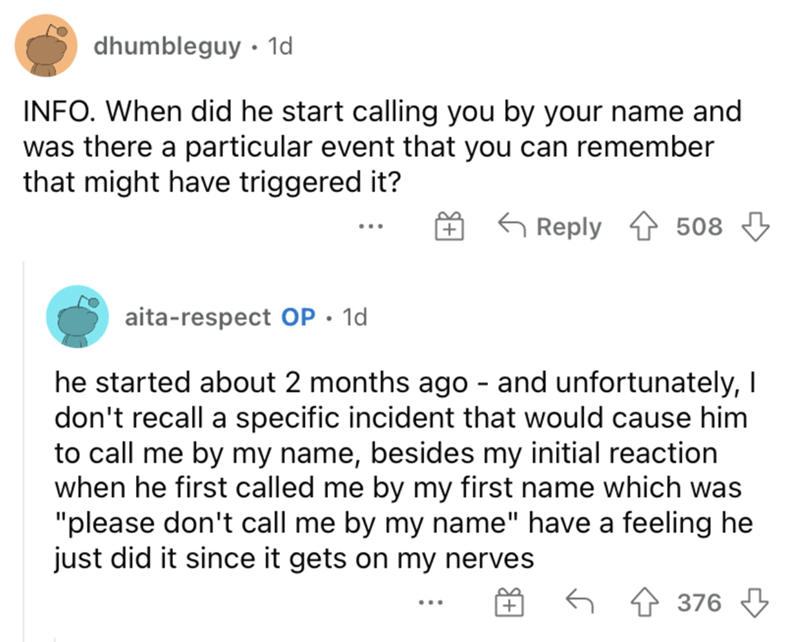 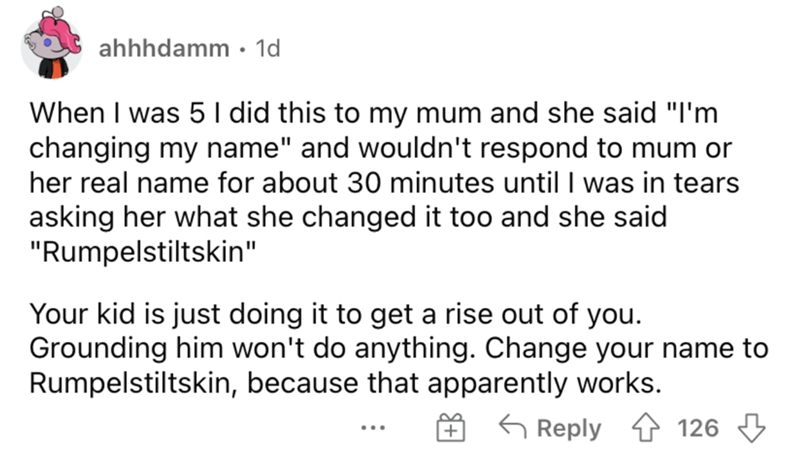 6. That’s a smart strategy for conveying your message! 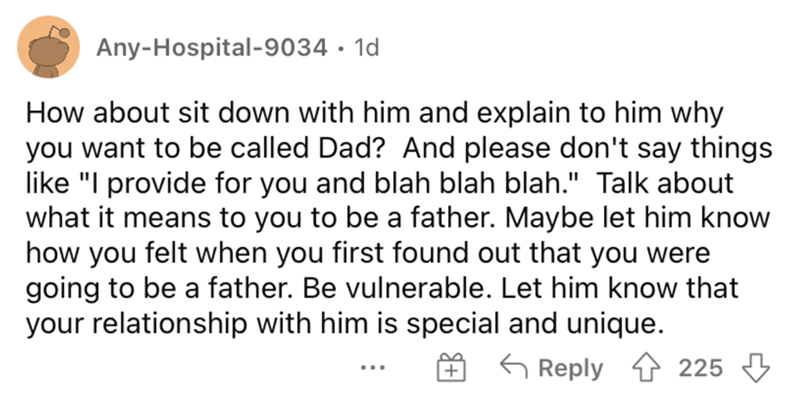 7. “Punitive measures will only escalate things”! 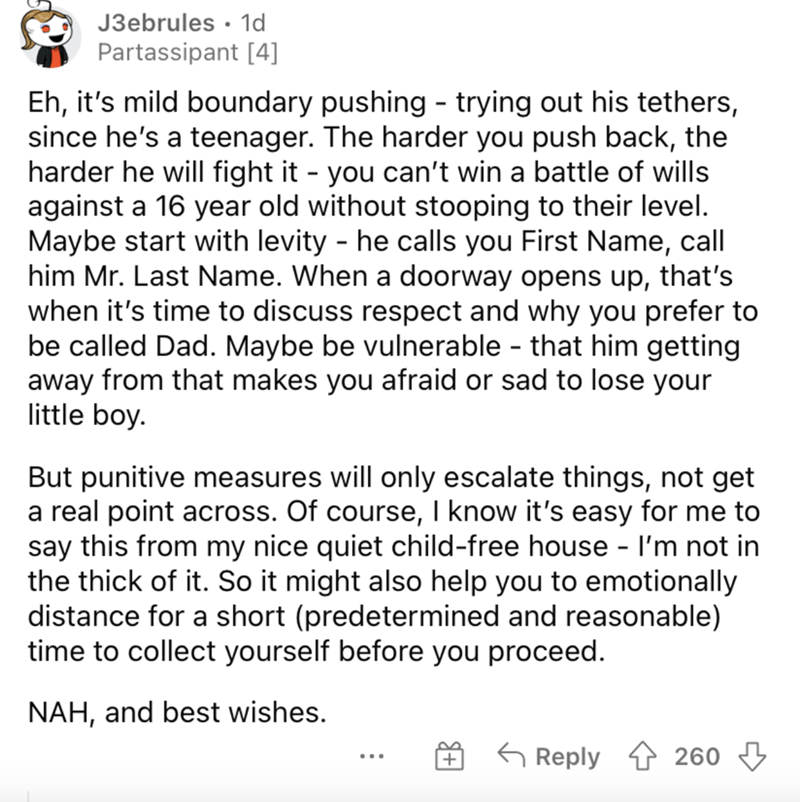 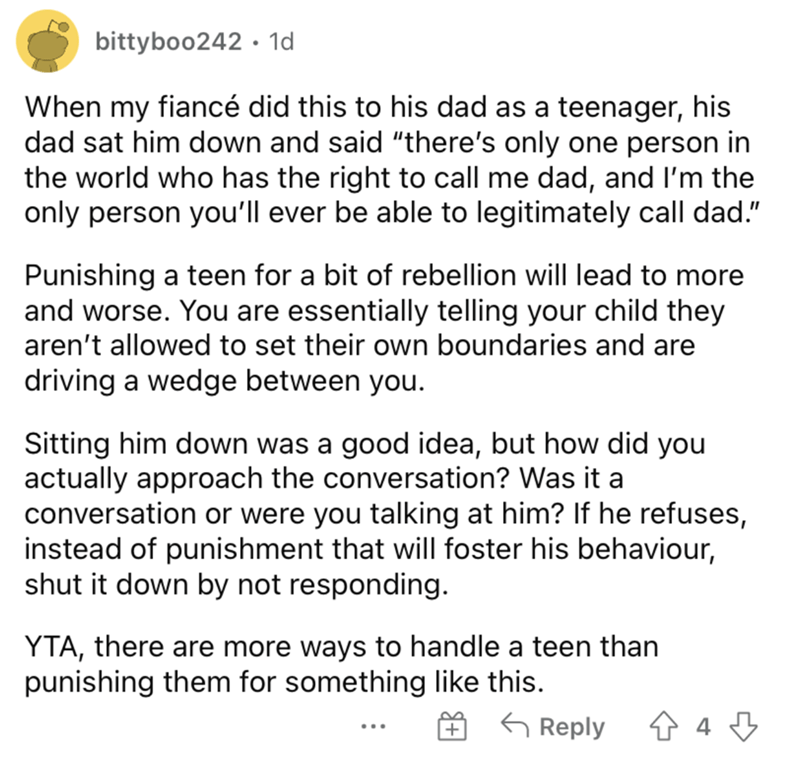 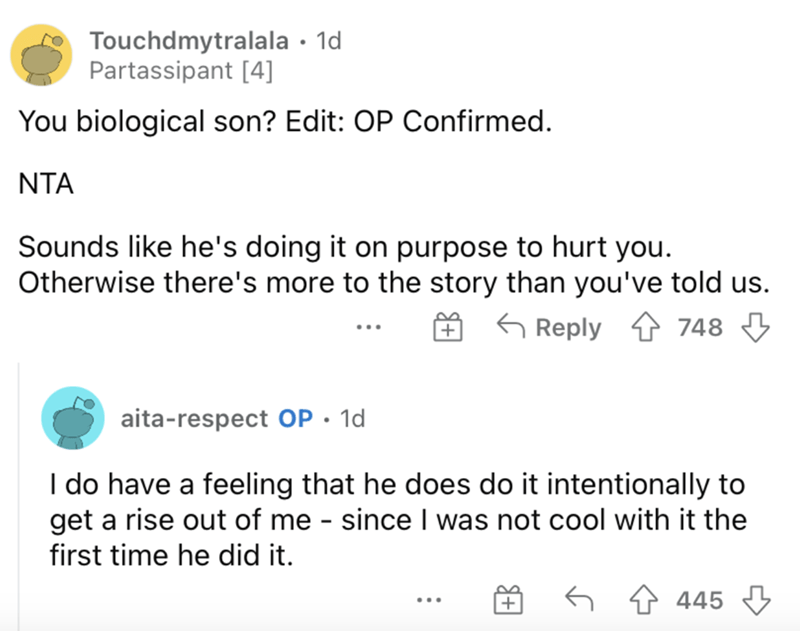 10. The father should try to understand why his son is doing this! 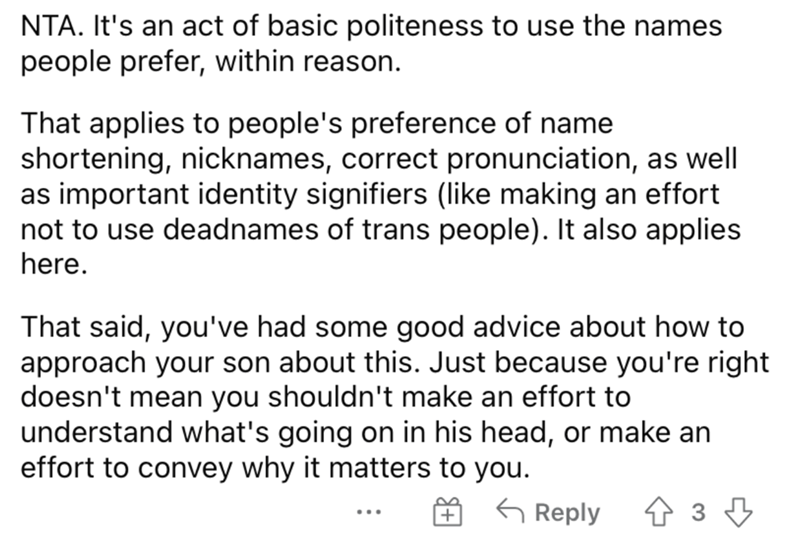 11. Saying no to giving him money unless the kid calls him “dad” is a pretty genius idea! 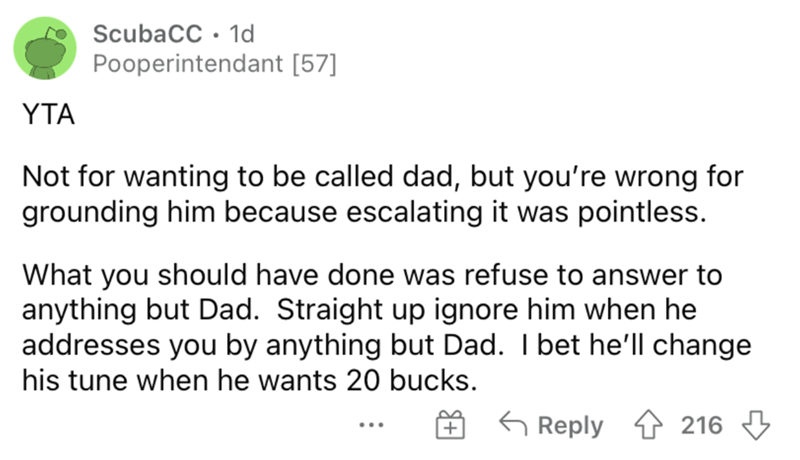 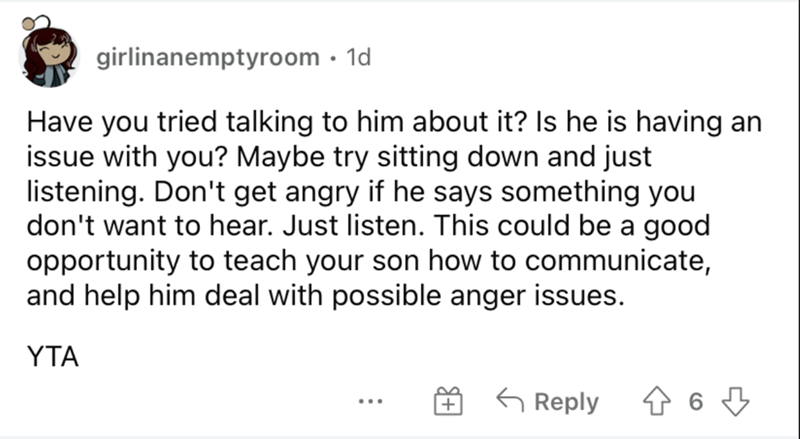 13. The father’s feelings were hurt. Maybe, that is why he reacted the way he did! 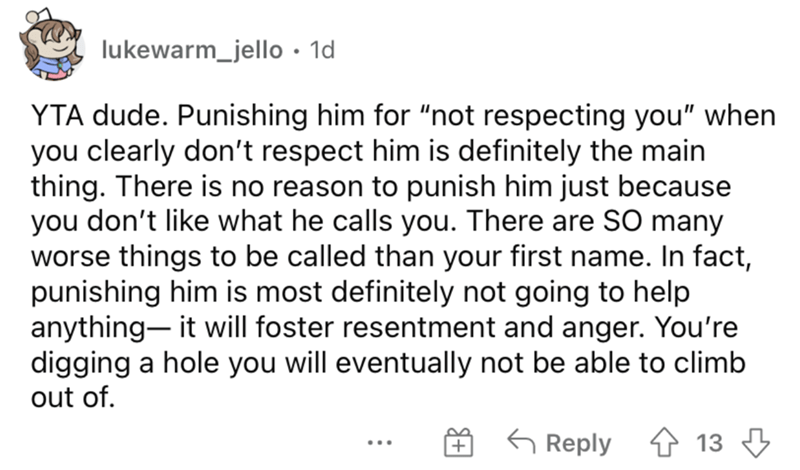 What happens if your youngster refers to you by your given name? Would you correct them as soon as possible or try to understand. Punishing your children when they do not behave well is vital for the upbringing of your children. But trying to understand their point of view is quite essential as well! It is the responsibility of parents to teach their children that there is a narrow line between what is right and wrong. If your child is engaging in wrongdoing and you do nothing to prevent them from continuing to do so, you share responsibility for their misbehavior with them. Being a parent is a difficult task. Especially when your children reach the age of adolescence. The most difficult phase of being a parent is when your children are teenagers since they want to discover new things and take charge of their lives. What do you think about this whole scenario! Let us know.