The death of a family member is usually an event of mourning.

Losing a loved one can be difficult. You spend so much time with someone, imagining life without them seems nearly impossible. When they finally pass away, there’s nothing on your mind except grief and their memories. However, that is only when you truly love that person. In a lot of families, right after someone passes away, people are mainly just concerned about their will and assets. Such people only care about the material things that someone has left behind. These people deserve nothing from the deceased’s property. But the sad truth is, even your own children can be one of those people.

A Reddit user shared a family event where his father gifted him his mother’s wedding ring. His aunt wasn’t very happy about that but there is a back story to it. Read the whole story down below:

The story starts with the man’s father gifting his son’s wife a ring. His aunt wasn’t very happy with that, so he asked his father what the matter is. 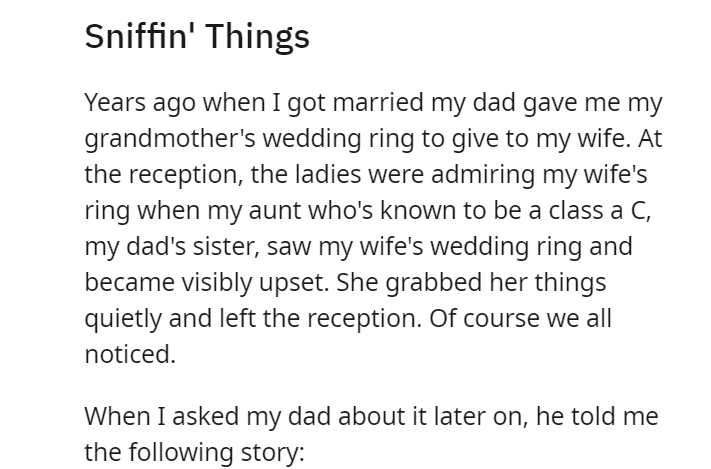 His father explained how his aunt was just a spoiled and entitled brat. 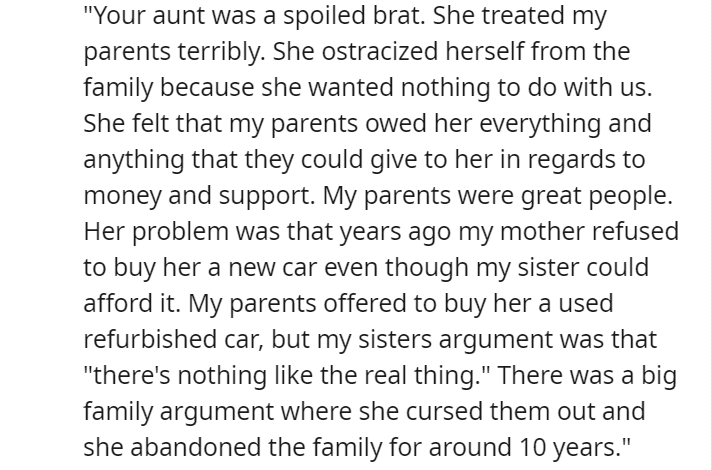 His aunt was barely there for his grandmother. And she had her eyes on one of her rings. 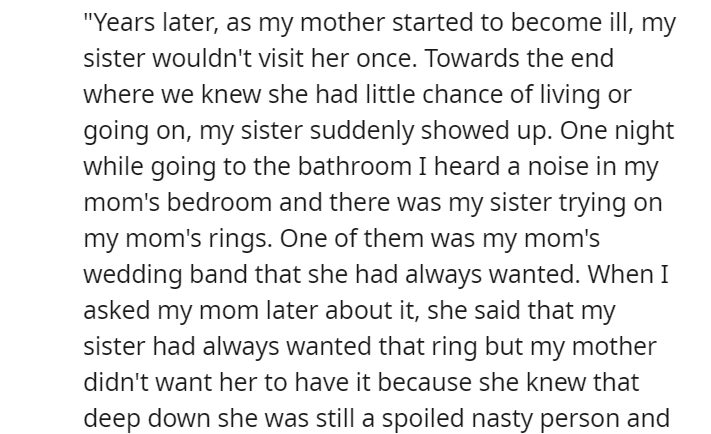 So his dad came up with a plan and created a fake ring that looked just like it. 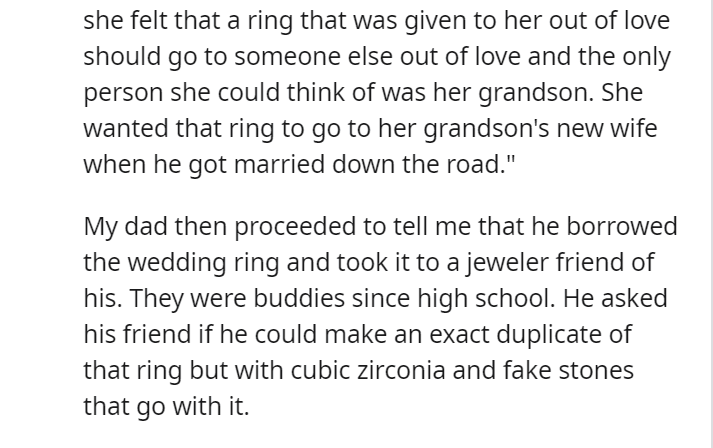 As soon as his grandmother died, his aunt took the opportunity to steal the ring. However, she didn’t know it was fake.

And his dad loved having the last word on his son’s wedding.

This is absolutely the most perfect revenge story ever. The amount of pettiness in his dad’s words to his aunt would have killed her from the inside. But it served her right. Someone who didn’t even care about her mother did not deserve her possessions. His dad did the right thing. And for now, he is a hero on the internet. 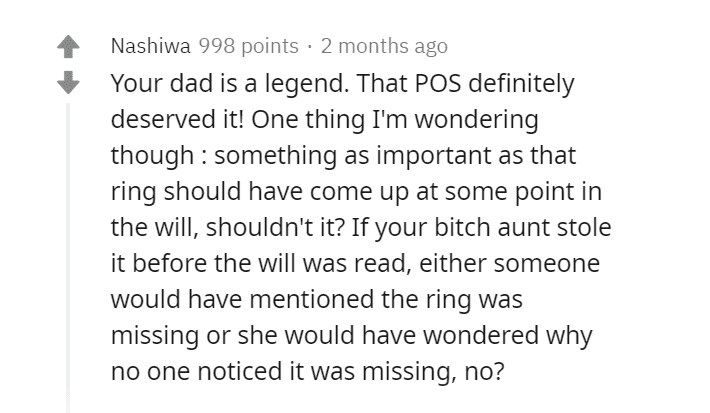 We’re all just happy the spoiled aunt got what she deserved.

His dad is a legend.

Has something similar ever happened to you? How did you respond to the situation? Let us know your experiences in the comments below!