Tumblr is filled with dark humor.

Now, I know not everyone truly appreciates dark humor and some think it rosses the line at times into the morbid. However I am here to tell you those people are lying. And just don’t want to look ‘weird’ infront of others. That is why we have compiled some of the best twisted humor we have come across on Tumblr. Some of this you might have seen before while the rest might be completely new.

Whatever your taste may be, Tumblr have a little bit of something for you as well. So scroll on below and take a look.

#1 That is the moment you cross over to accptance and pass the 5 stages of grief.

#2 After watching the bee movie, I don’t understand this world anymore. 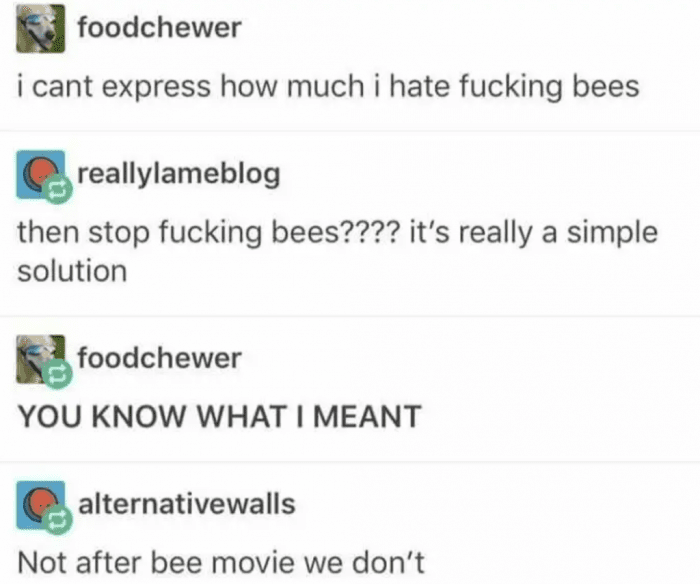 #3 This is making me question my whole world right now. 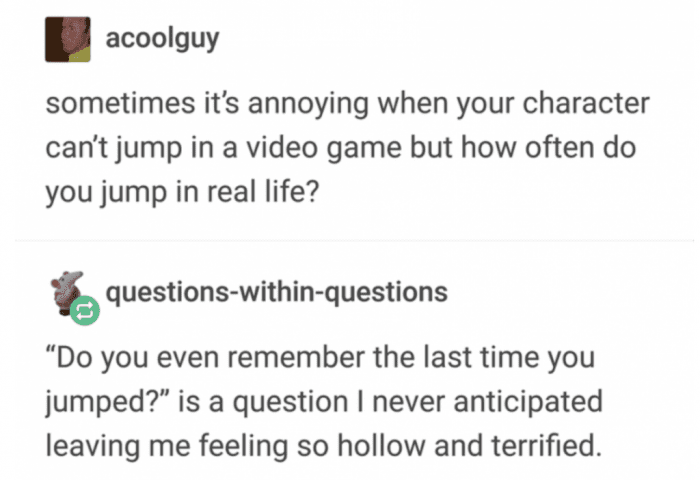 #4 Maybe this way, I’d finally learn to control my appetite.

#5 Exactly, how else are supposed to hide the body!? 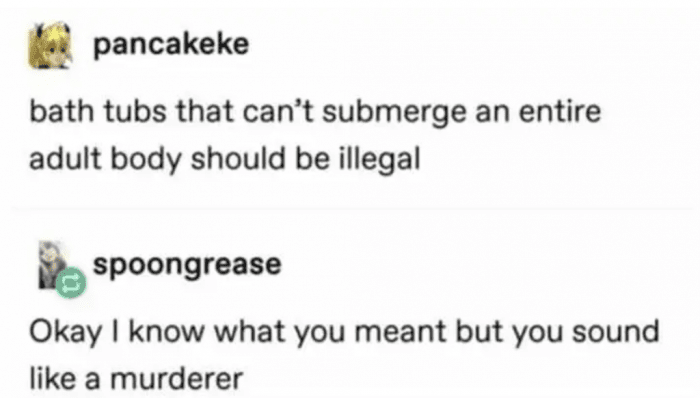 I meant take a shower and feel completely clean after. This is totally what I meant.

#6 So his mother and his parents are somehow different? 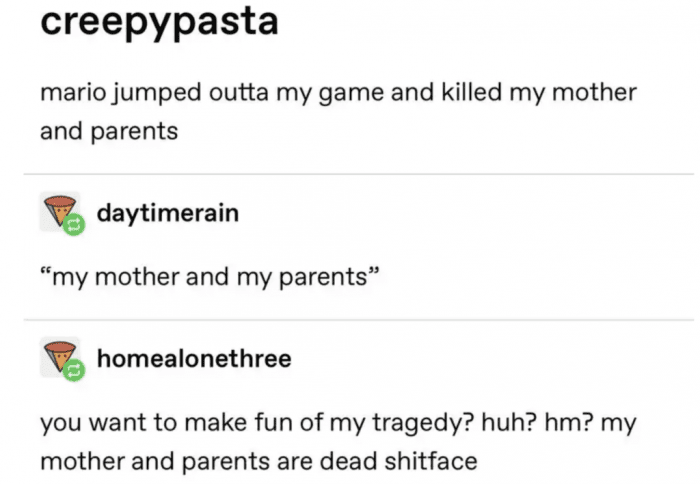 #7 Atleast they weren’t saying humans are related to monkeys.

#8 I don’t think I am ever playing jenga again. 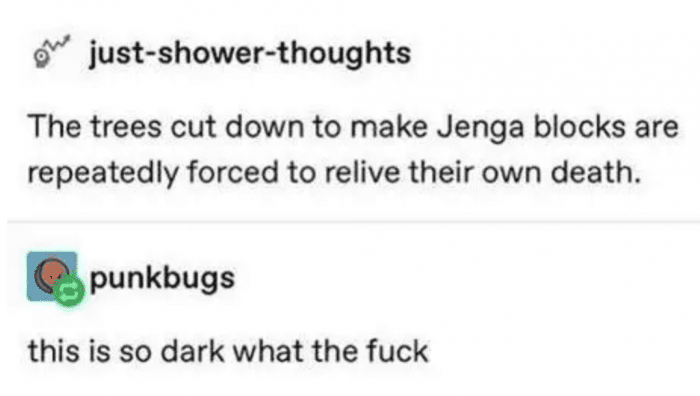 #9 I am surprised they didn’t kick you out. 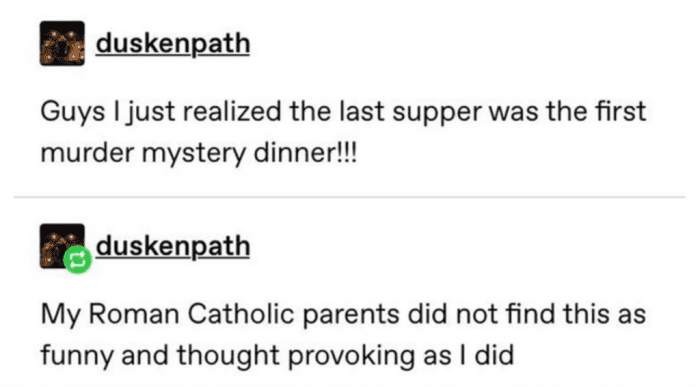 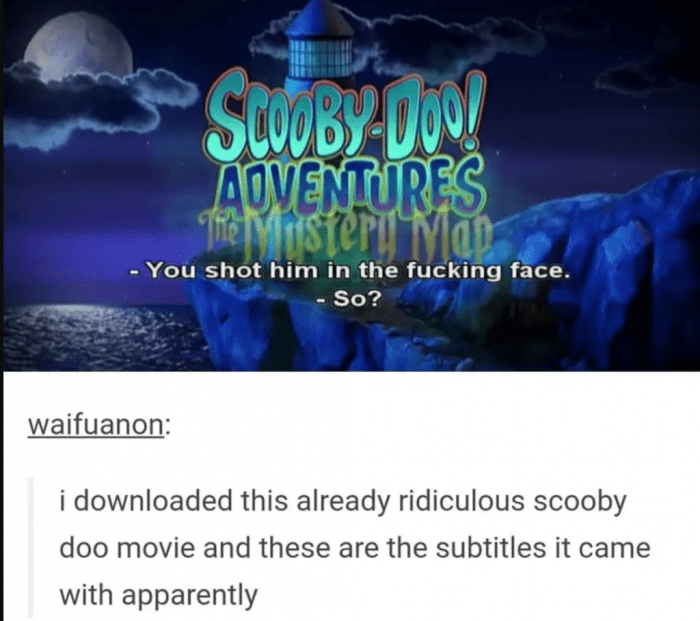 #11 I was really surprised but since it’s the sims, it makes sense. 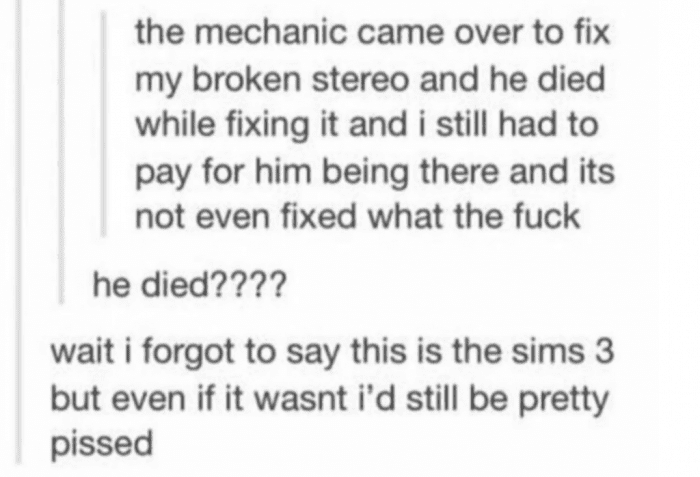 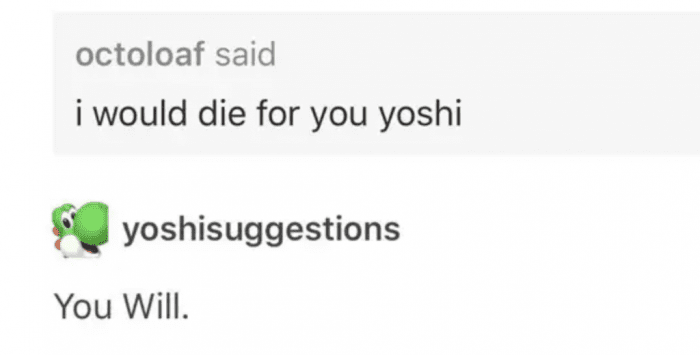 Yoshi never liked Mario in the first place. After all Mario was always using him for a ride and that’s it. It seems he has finally snapped.

#13 We totally didn’t need a clarification. 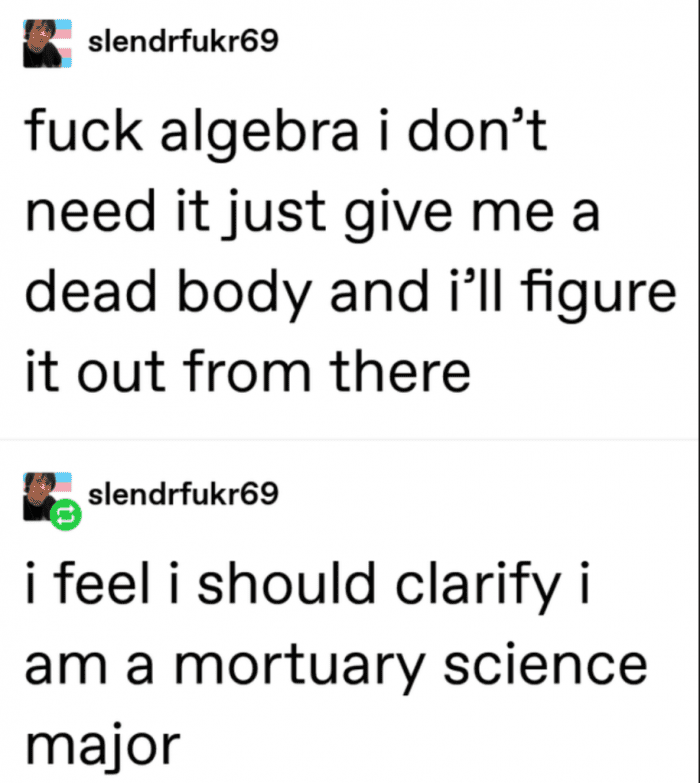 #14 I am definitely not gonna google this now. 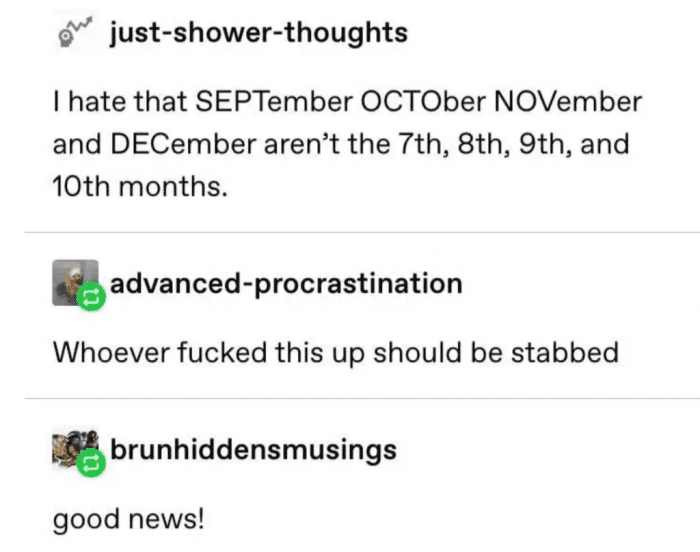 Did these posts get a chuckle out of you? If so which one of these did you find the most amusing? Comment down below and let us know.