Another day, another Karen.

It just never ends. I feel like Karens are just breeding separately somewhere because I have started to see them everywhere! If you don’t know what a Karen is, come on. Have you been living under a rock? Well, it’s okay. I’ll explain it. A Karen is a middle-aged, loud white woman who is incredibly self-entitled and treats people like trash just because she is offering them business. In some cases, Karen can take on a male form as well. Let’s name them Kevin. Kevins are just as annoying and anyone who deals with them just dreads seeing them again.

This man on Reddit shared his hilarious exchange with a Kevin who wanted to get a tattoo with his partner but was denied service because they were closed. The man also insulted the owner’s appearance in the process. Read the messages down below:

The man asked to be assisted by someone and pulled off a classic Karen move by asking to speak to the manager.

He complained about being denied service and also insulted the “young man’s” appearance.

The young man, who was also the owner, decided to give him the reply of the century.

He explained why the man was denied entry.

This is the sassiest response ever, especially if you read it in a British accent.

The man replied that he will be taking his custom elsewhere. The tattoo artist couldn’t care less.

Well, that escalated pretty quickly for the male Kevin. People really need to be nicer to others. Acting entitled and stuck-up will just get you more hate from everyone around you. After these creative insults, I doubt the man will ever ask to speak to the manager again.

This is what others had to say about the story:

It would’ve been shorter to say fu*k off, but not as entertaining. 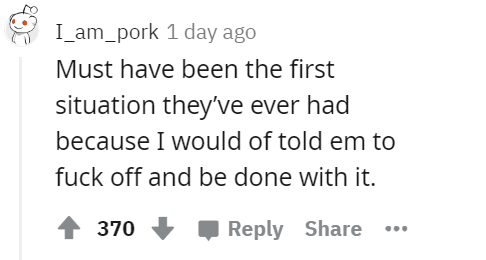 People never fail to surprise you.

He messed up real bad. 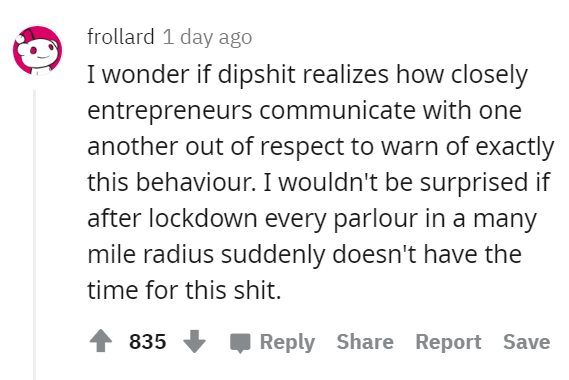 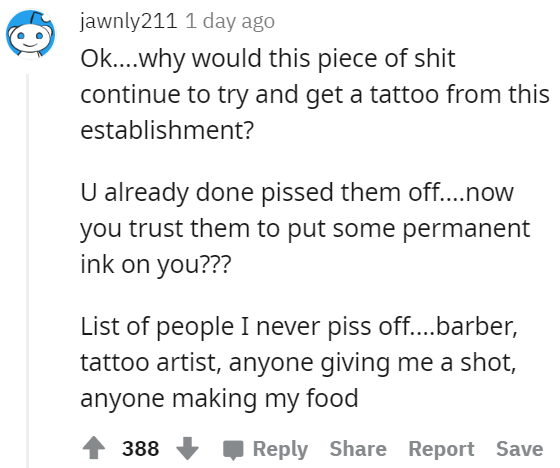 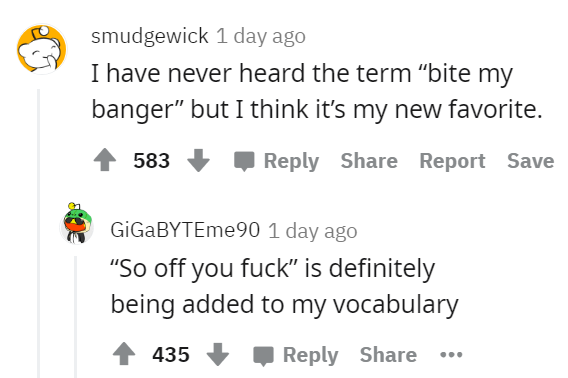 He seemed to have enjoyed himself.

What do you think about this response from the tattoo artist? Share your opinions with us in the comments below!