Who isn’t a fan of Disney’s mesmerizing characters?

I’m pretty sure everyone is. Be it us humans or animals, we love all the amazing & unique characters. As we speak about our favourite Disney characters, what if those iconic Disney’s animal characters were turned into humans? For instance, Nala, from Lion King or Dory, from Finding the Nemo, being turned into humans. Well, it feels a bit weird to just imagine it, right? But hold that thought right there because you are going to be amazed by Isabelle’s latest work of artistic transformations.

While speaking to Bored Panda, the illustrator said that the Disney animal series wasn’t planned at all. “I was feeling pretty uninspired at the time and this idea came to me when I was scrolling through images on Pinterest. I thought to myself, ‘It might be cool if I did a human version of some of these Disney animals,’” she said.

Let’s go ahead and take a look at what she did with our favourite Disney’s animal characters! Shall we? Scroll down.

Lady from Lady and the Tramp 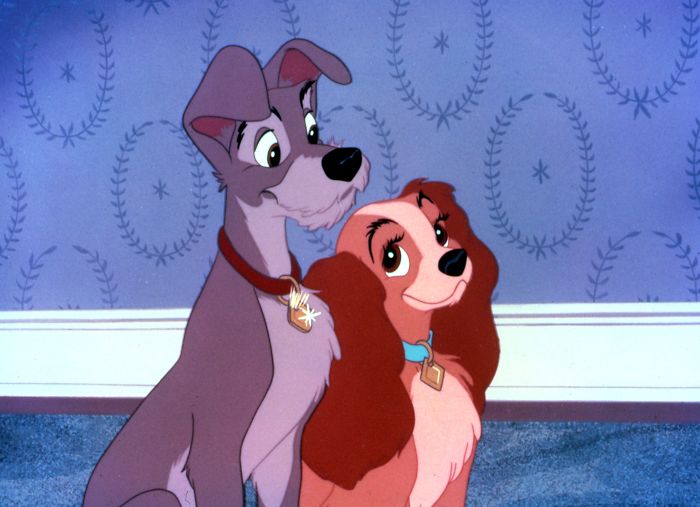 Lady from Lady and the Tramp as a human 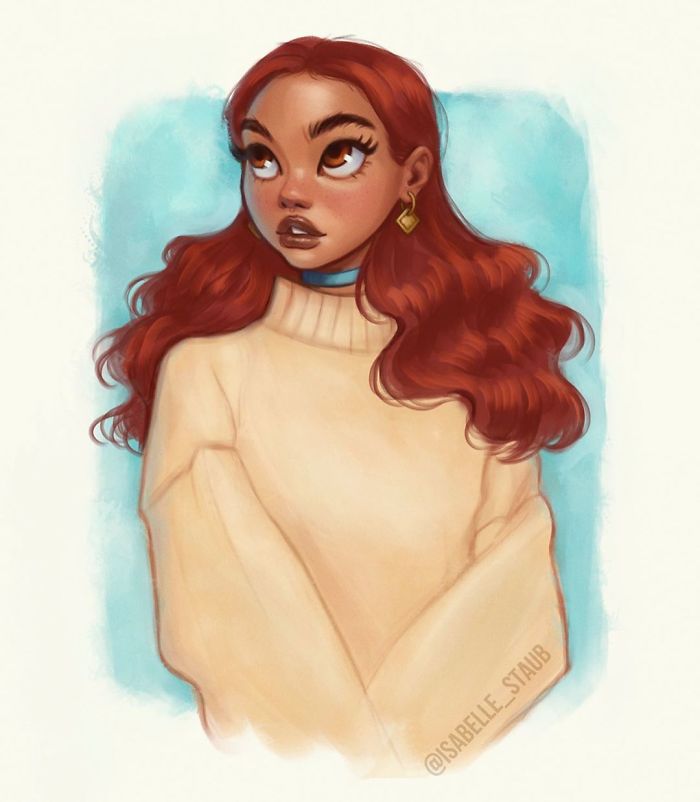 WOW! Isabelle definitely did an amazing job. I mean, look at the details! 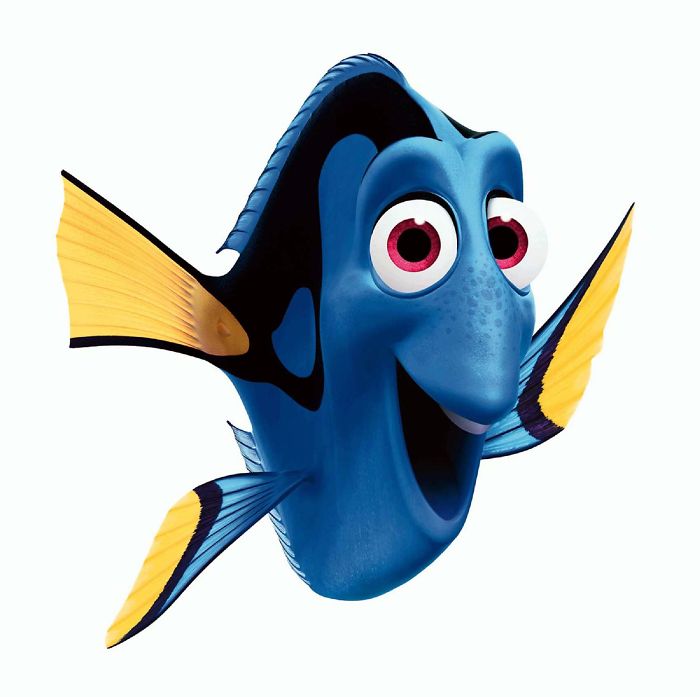 Really, what can she possibly do with a FISH? 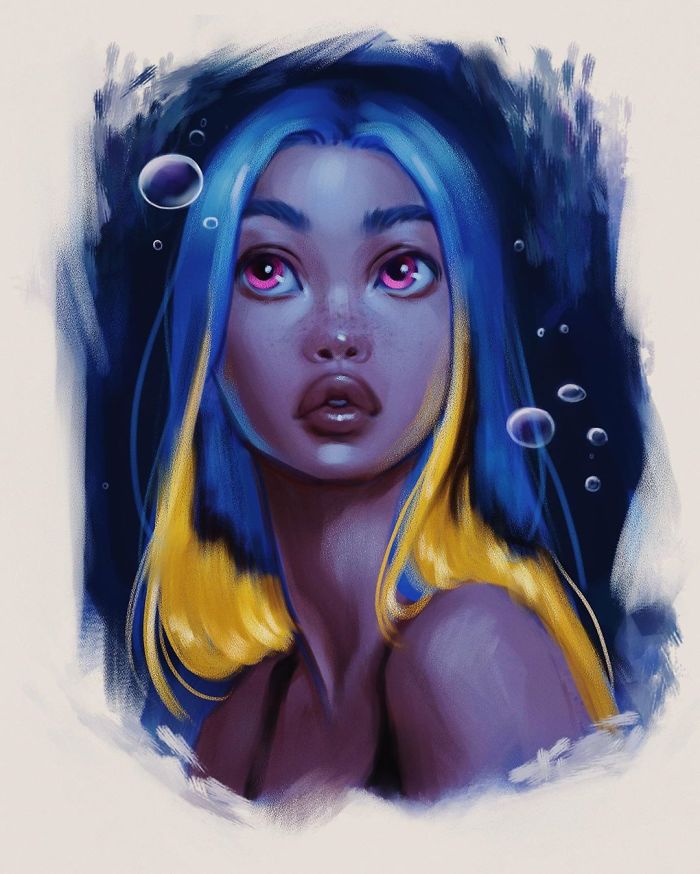 Okay… I take my words back. This. Is. Incredible!

Nala from The Lion King 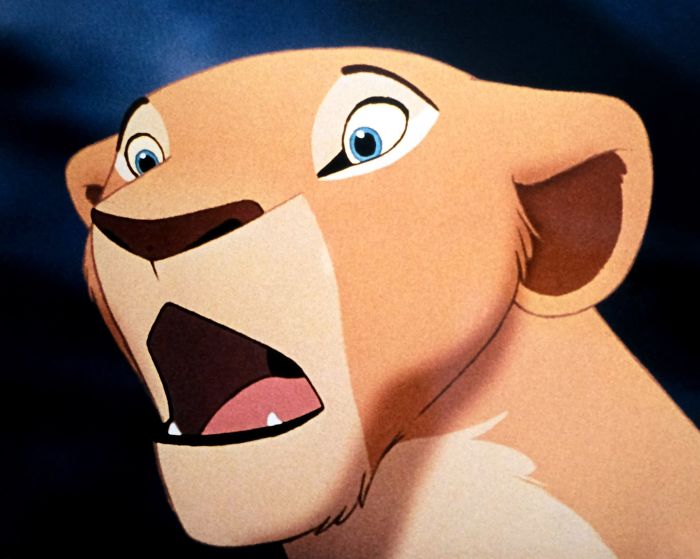 Can’t wait to see this one!

Nala from The Lion King as a human 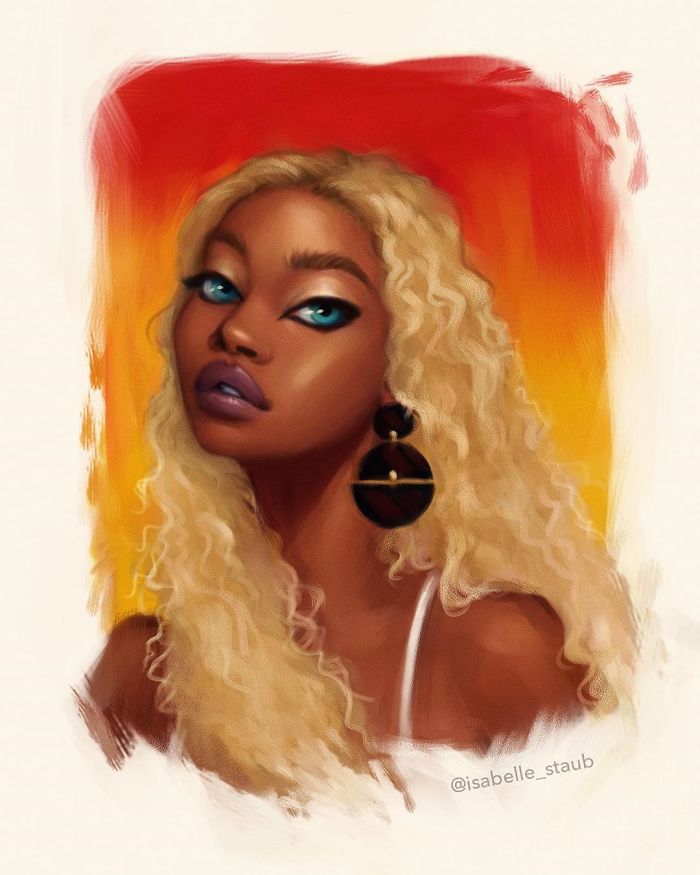 Damn, girl! She definitely turned this one into one hot babe.

Marie from The Aristocats 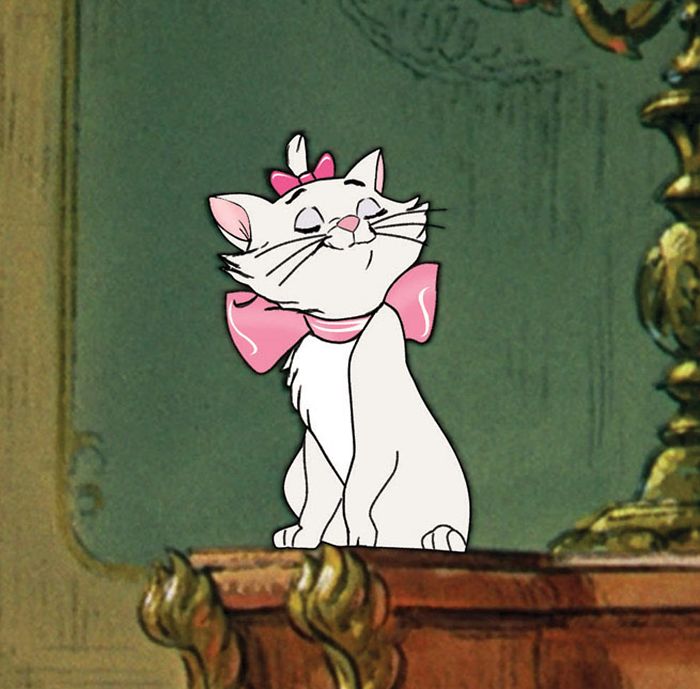 This one’s going to be interesting.

Marie from The Aristocats as a human 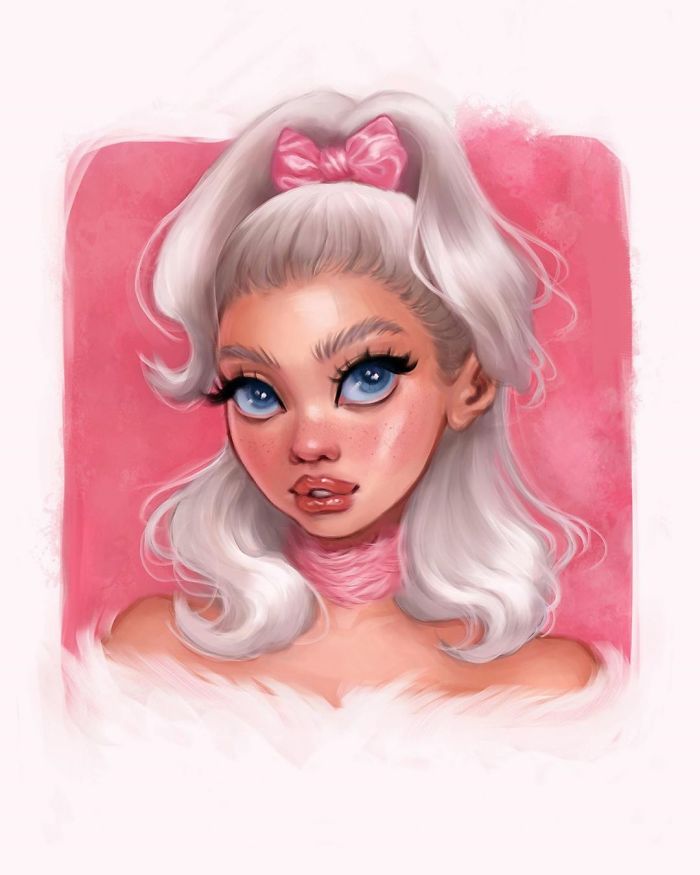 Umm, can I just marry her? I mean, LOOK AT HER! 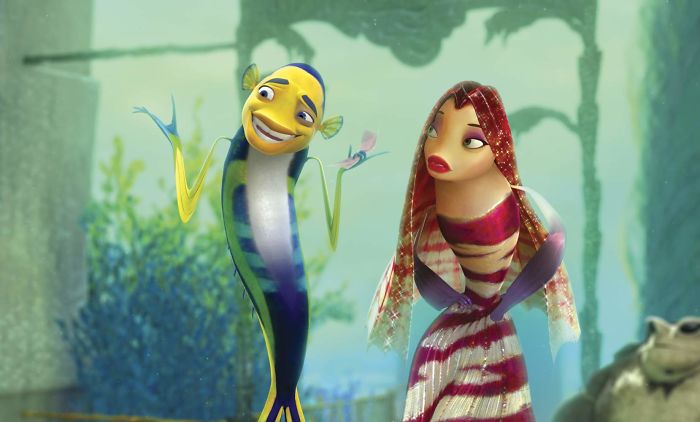 She already resembles a human though, doesn’t she?

Lola from Shark Tale as a human 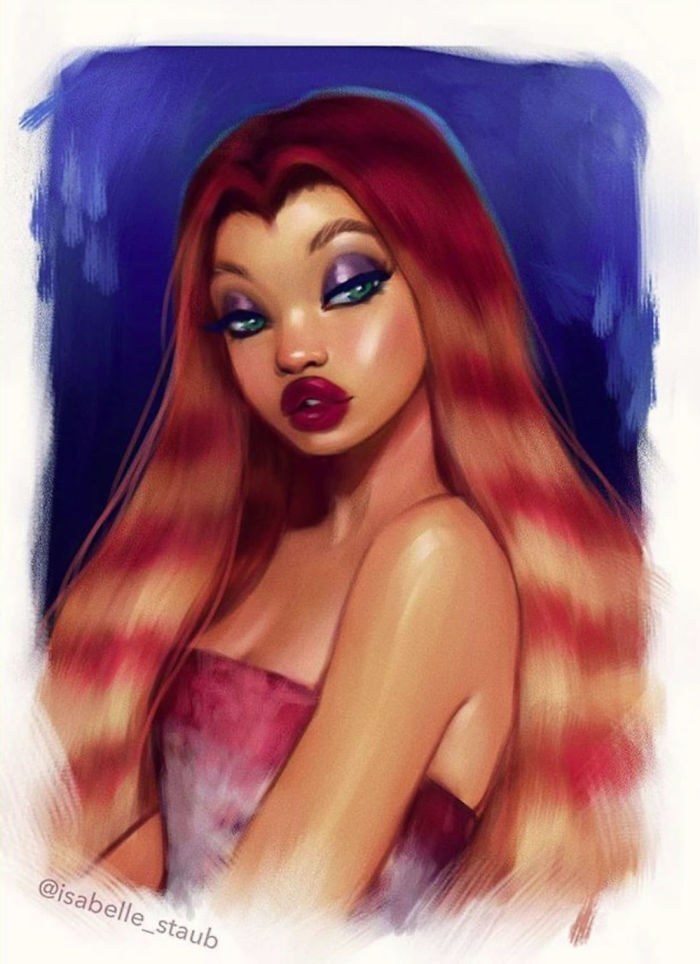 “Once quarantine really hit, I had time to keep exploring this theme. Each piece varies on the time it takes but typically around 7 to 10 hours total. I would say the most difficult piece was Dory just because she was the first of the series and I was still fleshing out my ideas so there was a lot of back and forth on what I was going for,” Isabelle went into detail about her artistic process.

Isabelle came up with the idea of showing off her skills in one of her Tiktok videos, you should definitely check that out as well!

During her interview with Bored Panda, Isabelle said that Disney has been “extremely influential” on her art and that she loves revisiting her Disney animal series to spark inspiration. “I have been wanting to do some of the OG Disney characters like Minnie Mouse and Daisy Duck! I think that would be a fun challenge for me… So that might be next!” she gave us a sneak peek into her future plans.

Furthermore, Bored Panda investigated to see if she always wanted to become an artist and if she had any awesome bits of advice for aspiring artists who look up to her to which she said, “I have always wanted to be an artist! From as long as I can remember, I was drawing all the time,” she shared. She added, “One piece of advice I would give aspiring artists is to keep going and keep practicing. I have been working professionally as a freelance artist for 3 years now and I am still learning and improving my skills every day,” she suggested that artists keep an open mind and keep honing their skills day by day. “The learning never stops!” she said.

If we look into the work she had done earlier, Isabelle recreated several other famous Disney characters with her own unique imagination and it was nothing less than a treat as well. If you haven’t seen it yet, scroll down. 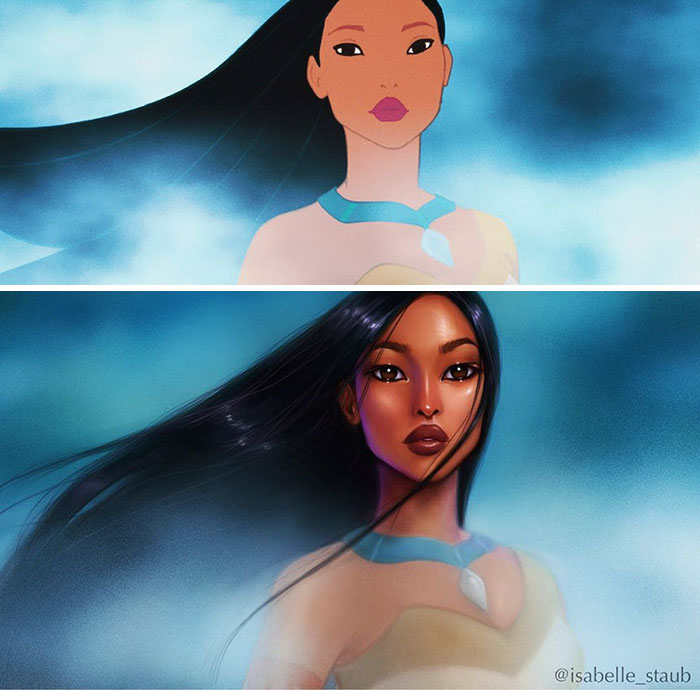 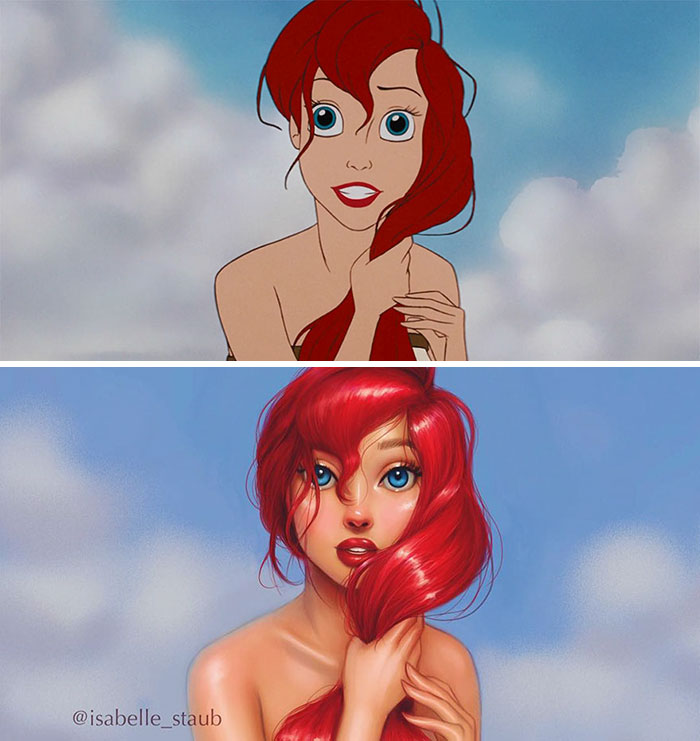 Redheads must be proud of this!

Belle, Beauty And The Beast 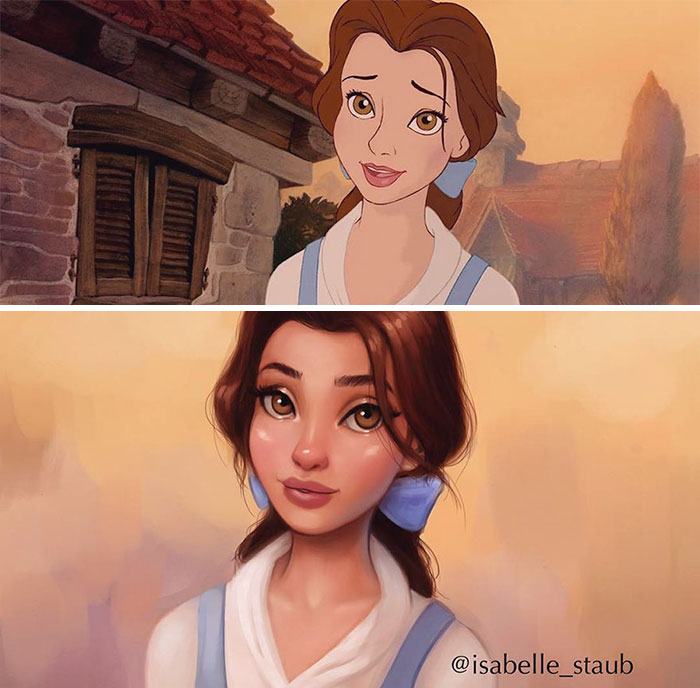 Esmeralda, The Hunchback Of Notre-dame 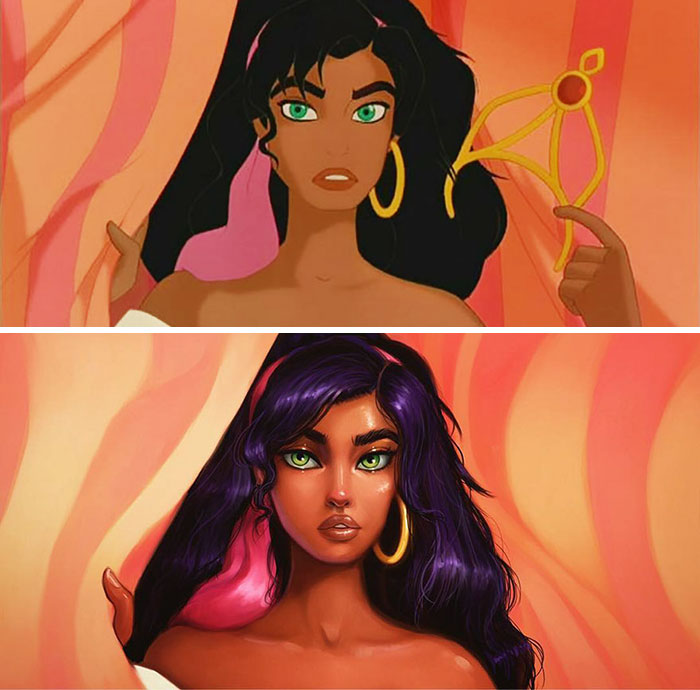 Tiana, The Princess And The Frog 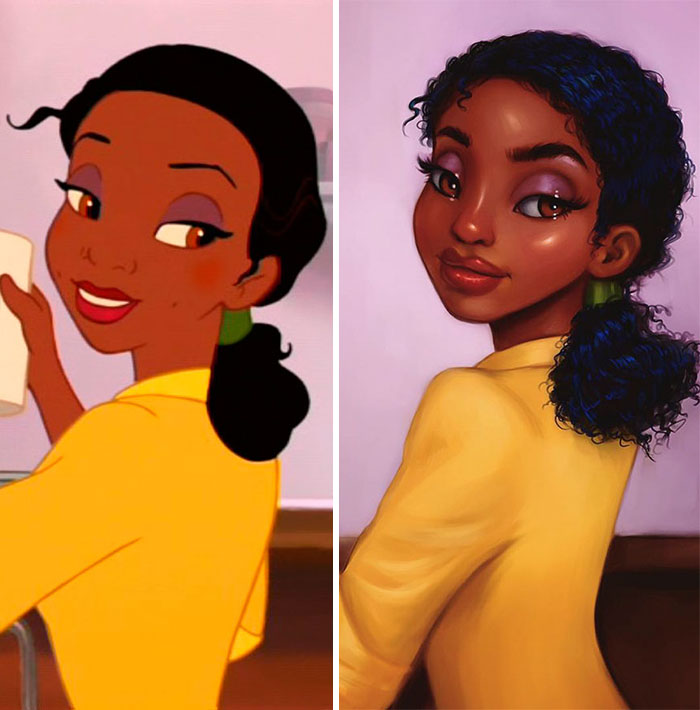 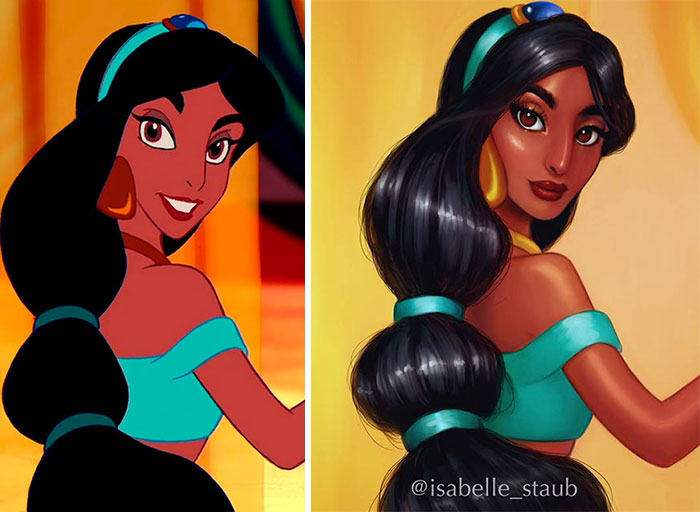 I wish this girl existed in real life too. 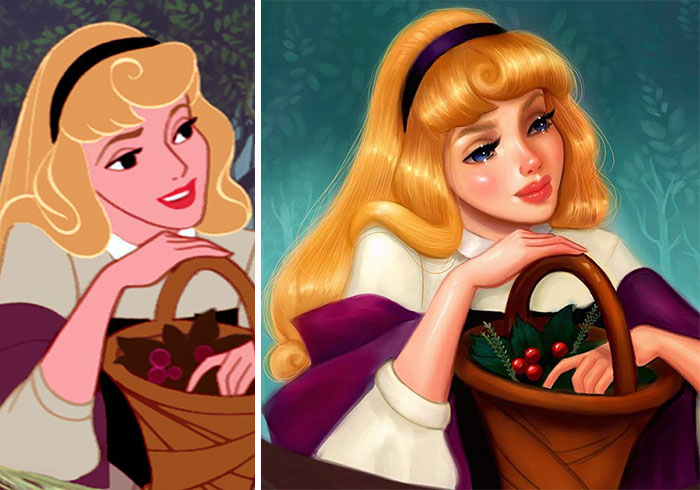 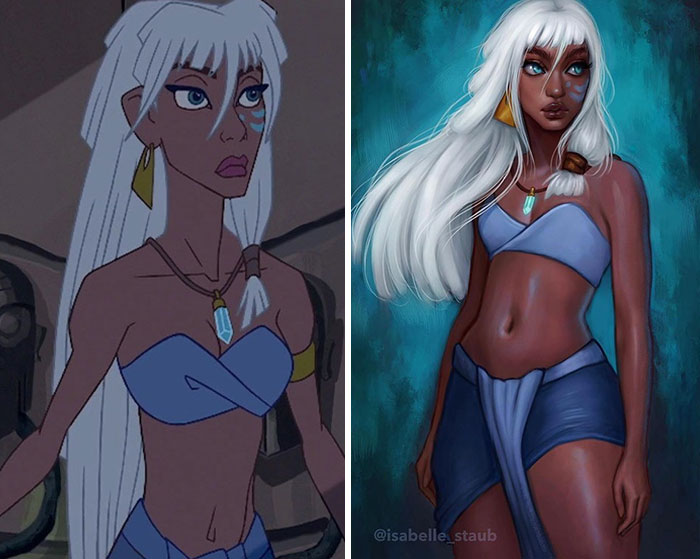 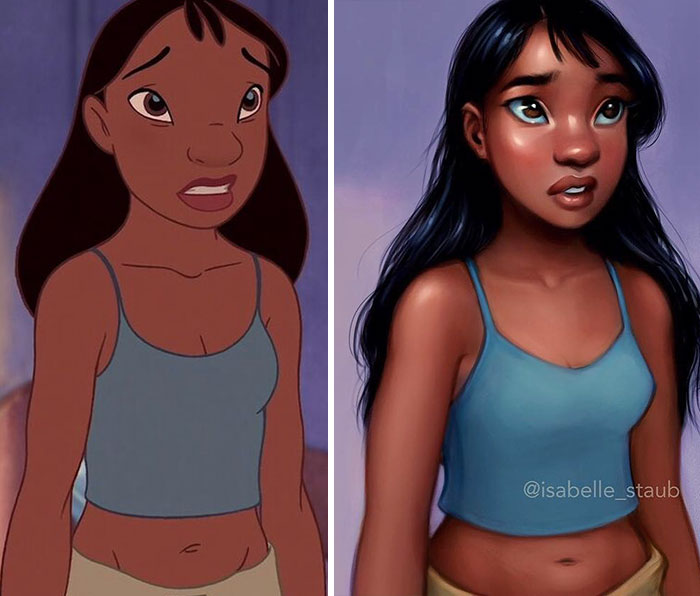 She definitely did an amazing job with this one! 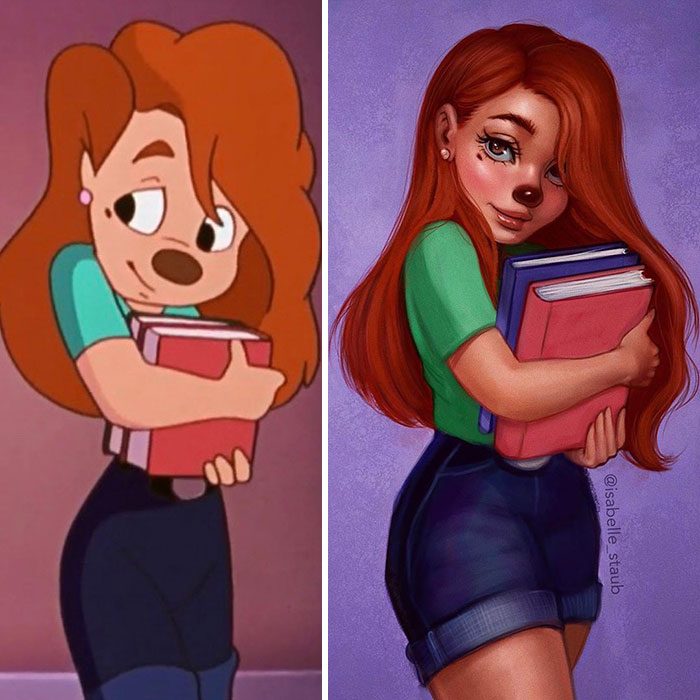 WOULD YOU LOOK AT THAT!? Ugh…

Let’s take a look at what the people had to say about Isabelle’s incredible recreations.

Really!? She did an amazing job, what are you on about?

Kinda agree to it but I would still appreciate to what she did!

Exactly what I’m talking about!

YES! It is AMAZING.

Why didn’t I think of that before?

Well, you must have been blown away with these amazing transformations. One thing’s for sure, Isabelle is definitely an amazing artist! However, which character would you like her to redo and which one did you like the most? Let us know into the comments section below.