Sometimes you have to escalate an issue.

While it is usually recommended to deescalate an issue rather than adding gasoline. Sometimes that can’t be achieved when the other party is not willing to let it go. That is what happened in this story. Now you would think that the adult in this story would try to take the high road but it is actually the opposite.

Not only did this aunt kept creeping on this girl but she even went as far as stealing her car keys. Trust me there is a lot more to this story than meets the eye. It simply started because of an alarm clock but ended when it became too much for the girl to handle so she had to bring in the big guns.

Scroll on below and take a look at what happened in this revenge story.

This story starts out with a teenager going through their rebellious phase. 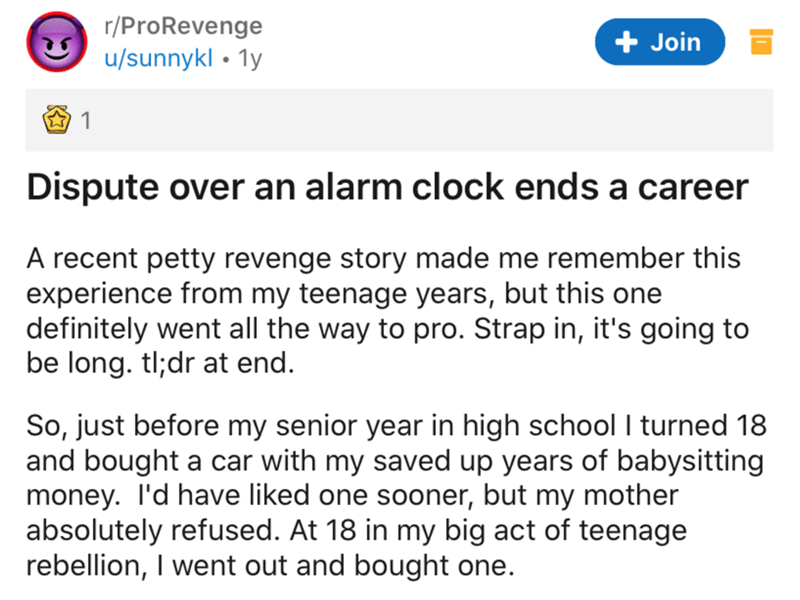 However, that soon changed when her Aunt wanted to use her car whenever she wanted. 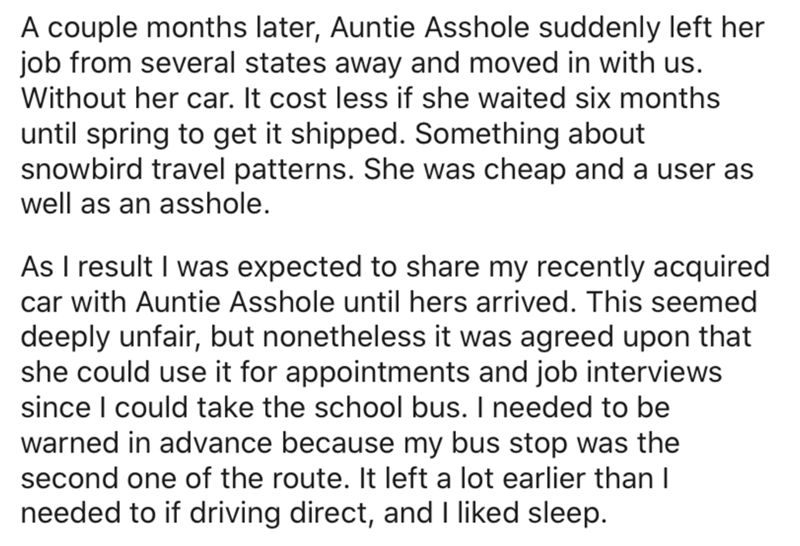 But that is not all. 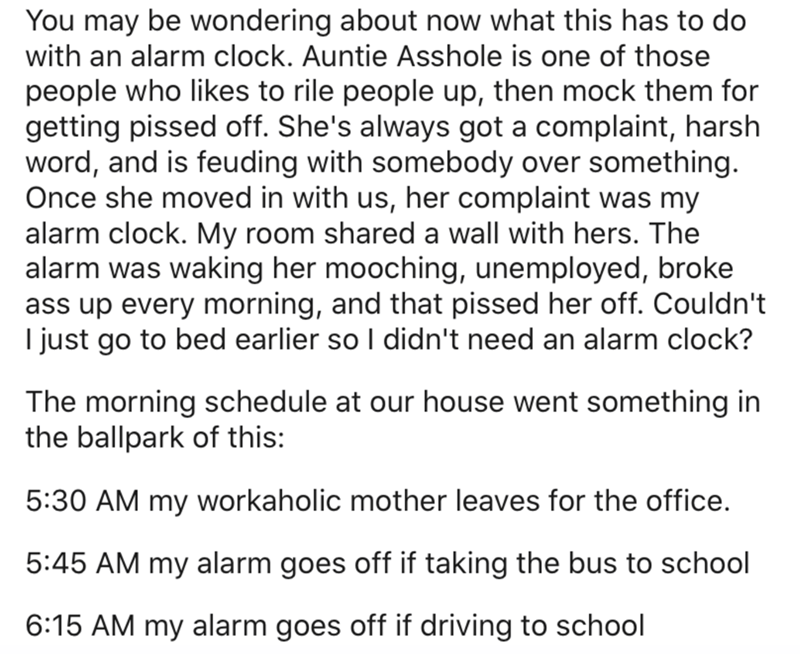 Not only did she want to stay at the house free of charge use her car, get free food but also got annoyed when an alarm rang in the morning. I mean if I was in a sticky situation and needed help, I’d be embarrassed and try to be as courteous as possible not the other way around.

Although this woman didn’t seem to have a single nice bone in her body. 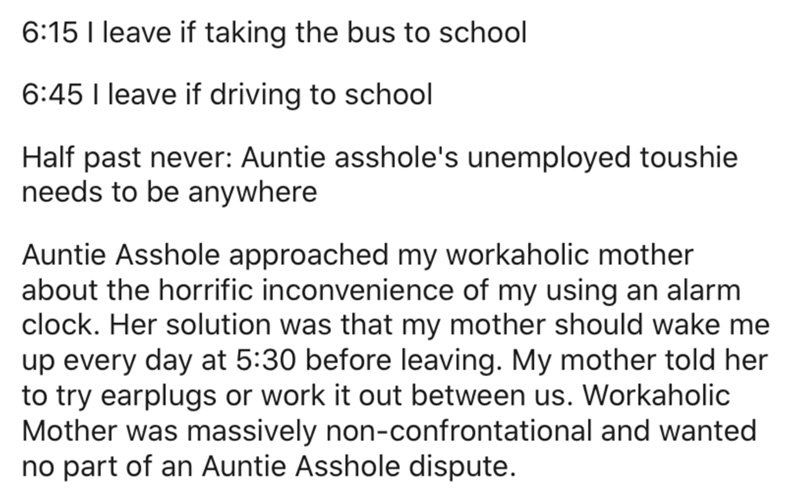 And rather than just accepting the noise in the morning she decided to mess around with an 18-year-old. 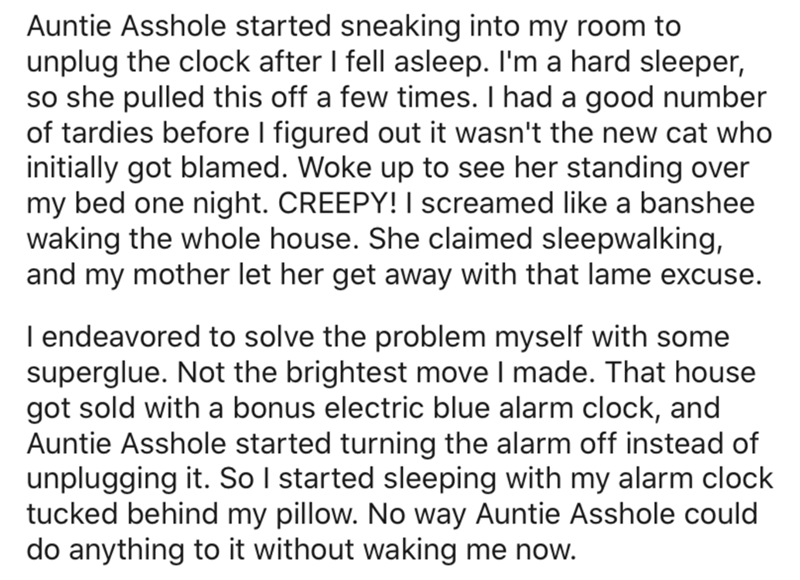 Things just kept escalating from here, the aunt kept pulling one over the girl. 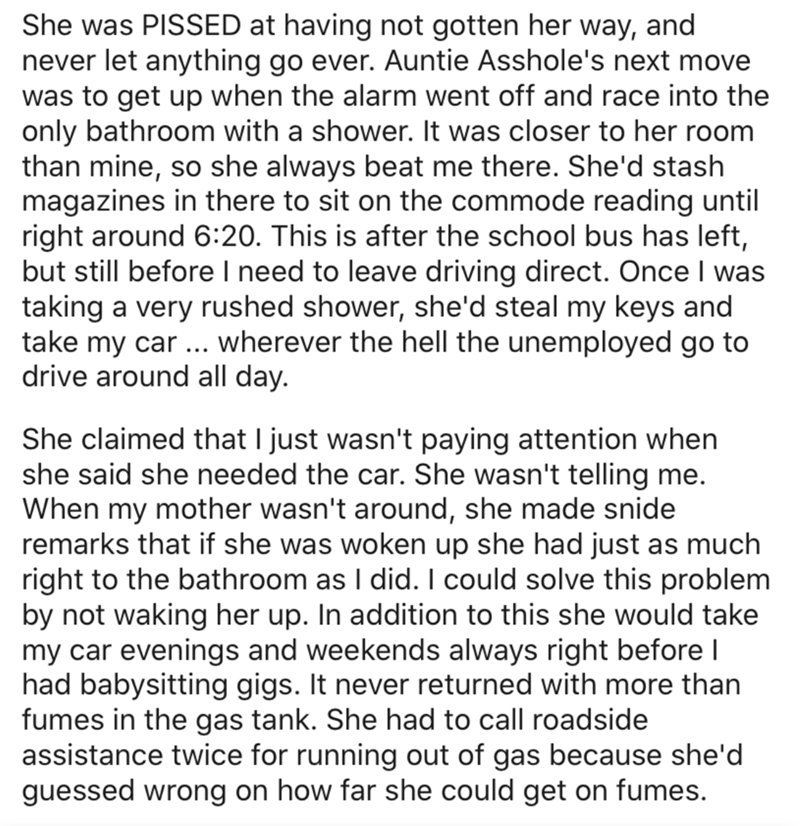 But it doesn’t stop there. 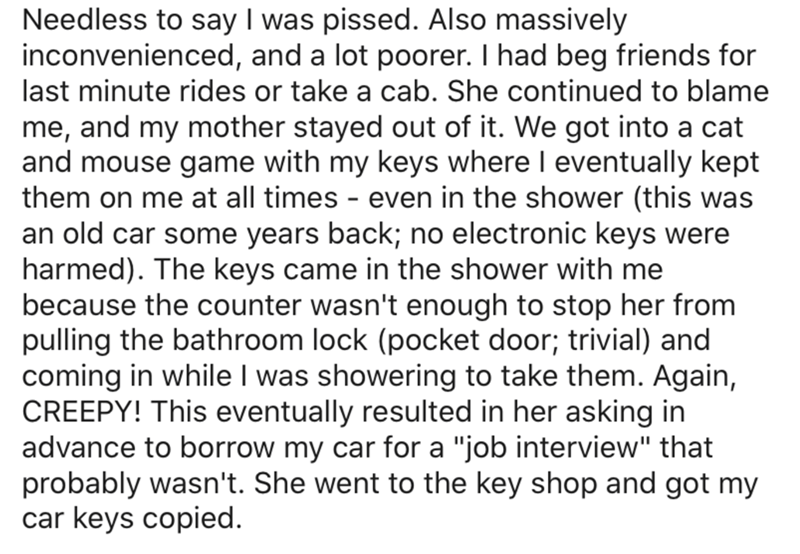 This aunt wasn’t taking anything seriously and felt like she had the right to do whatever she wanted. 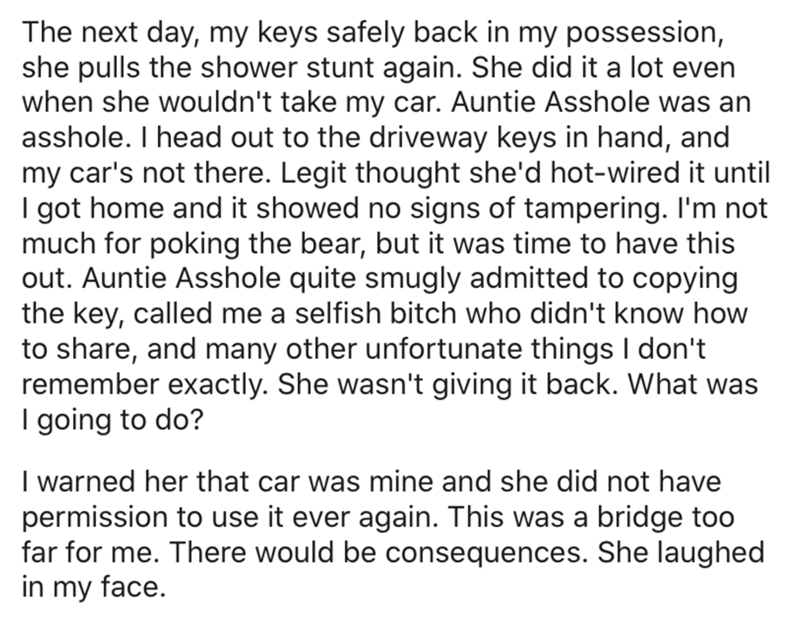 But that is when this girl had enough and went for the nuclear option. 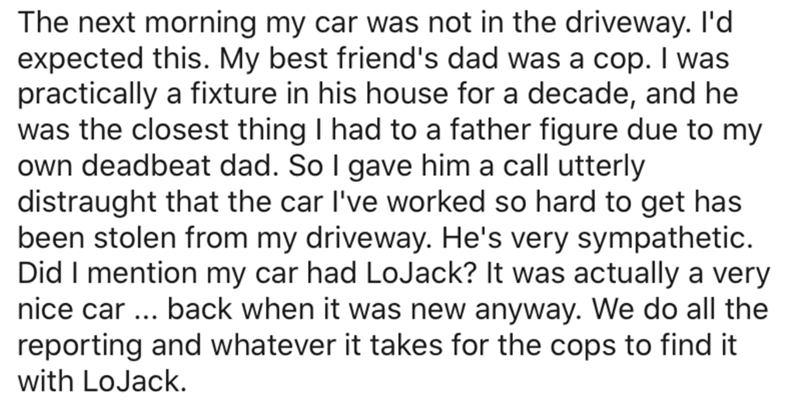 And let’s just say the woman got what she deserved. 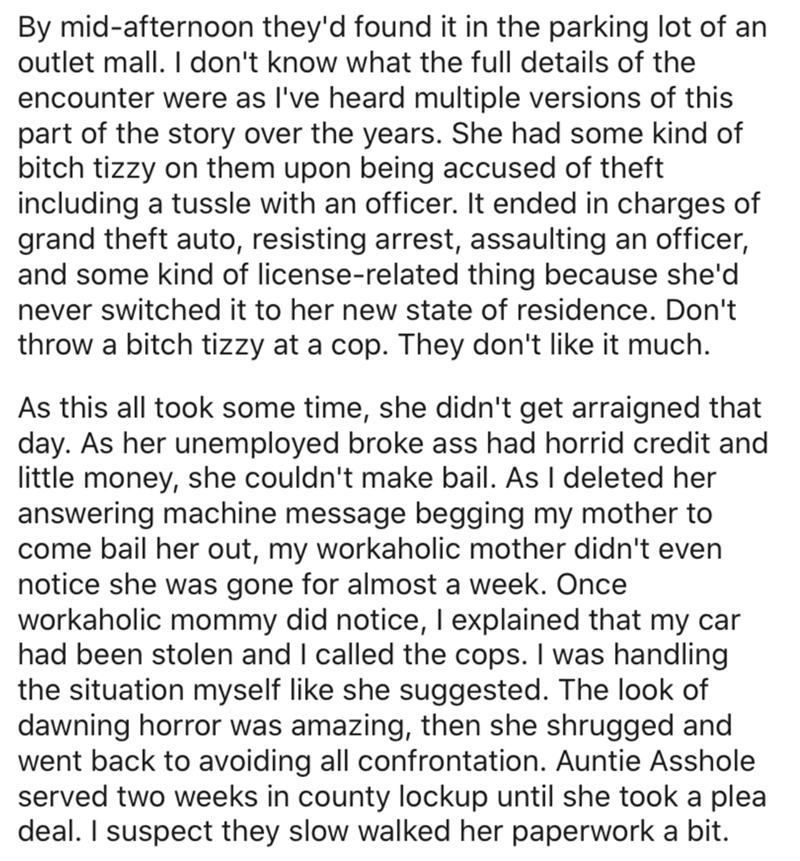 If she had only been nicer, her life wouldn’t have been ruined. 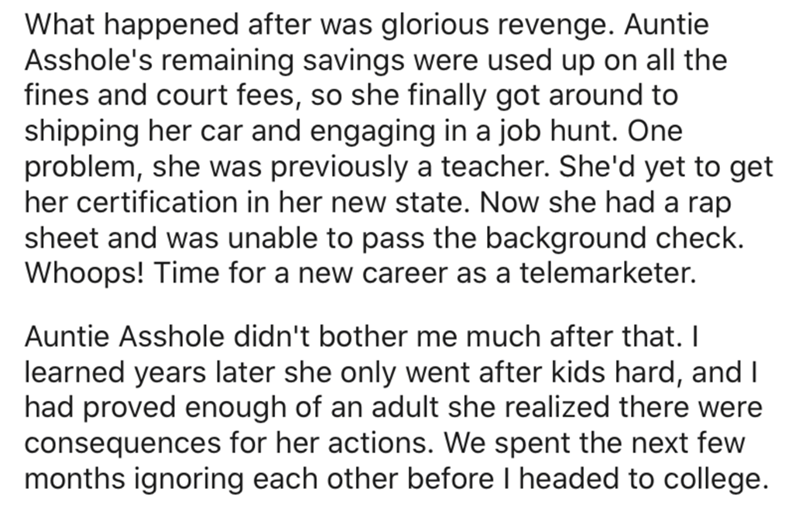 It all started with an alarm clock. 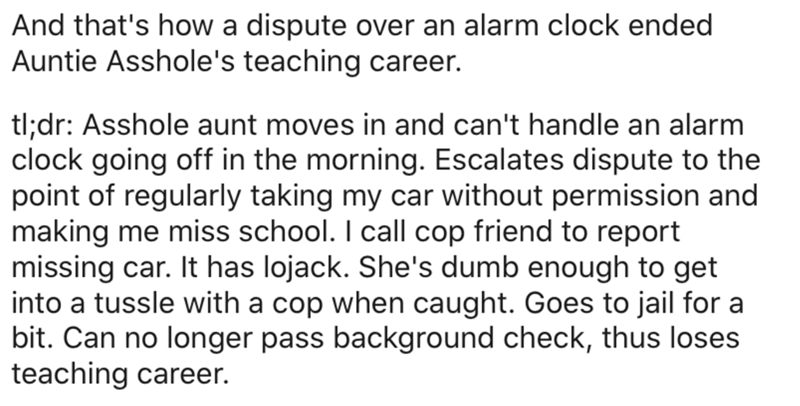 The original poster also added some more info later on about her workaholic other. 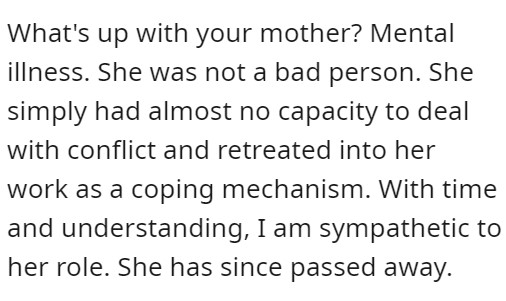 Calling the cops when you’re a teenager is an extremely hard thing to do. Especially when it’s your own family. 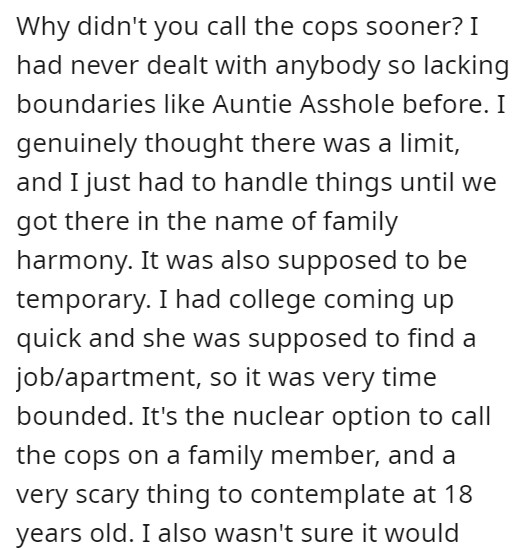 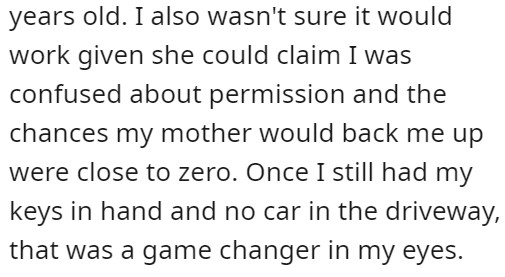 At the end of the day, she learned a hard lesson on how to treat people even if they are younger than you. 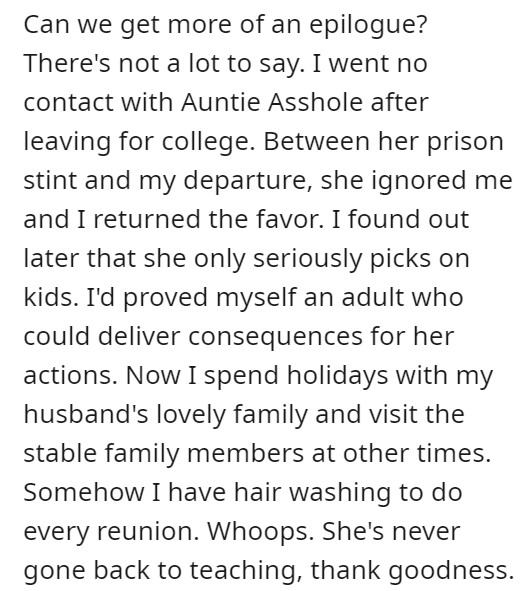 What do you think of this story? have you ever been in a similar situation? if so comment down below and let us know. Don’t forget to share so others can enjoy a sweet revenge story as well.