Nobody can be a master at everything.

Everyone has their specialties and it is quite impossible to be good at everything and understand every little specialty. However. some people seem to think that pursuing google for a minute makes you an expert at a particular topic. We as humans learn something new each and every day. Whether that maybe because of the Internet or our interactions with other people. However, that doesn’t mean that we can truly understand everything.

After all most people are biased in their thinking since who doesn’t want to be right? Looking at something without any bias might be the hardest thing a person can do so a healthy argument cand derail into forcing someone to agree with you. That is probably why this particular Facebook user wanted to explain this phenomenon with an appropriate analogy.

Take a look at what he had to say by scrolling below.

The analogy is all about chess. 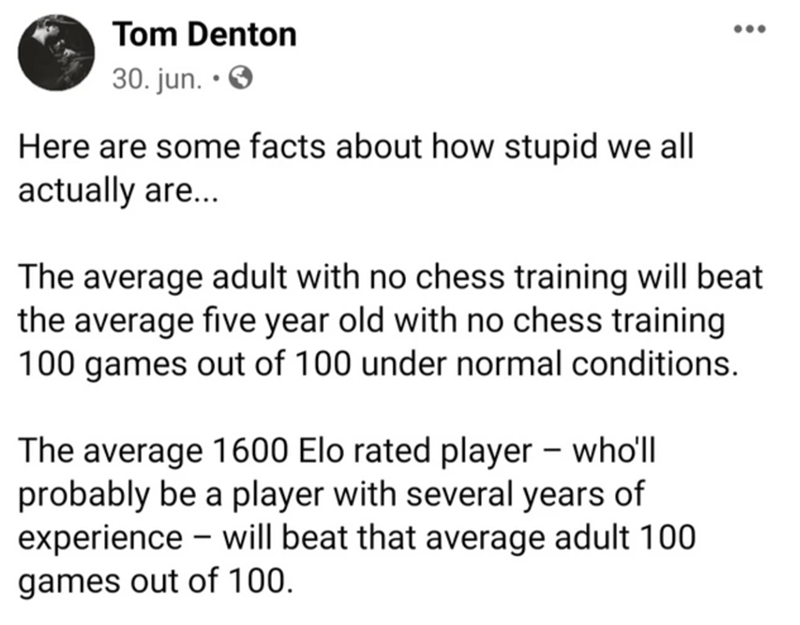 He explains how the different ‘levels’ of chess make a master different from an amateur. 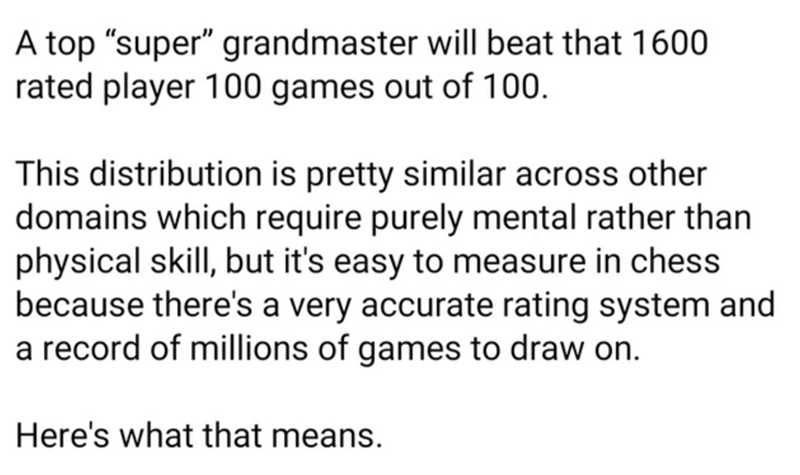 In theory anyone can play chess but that doesn’t mean they will be any good at it. 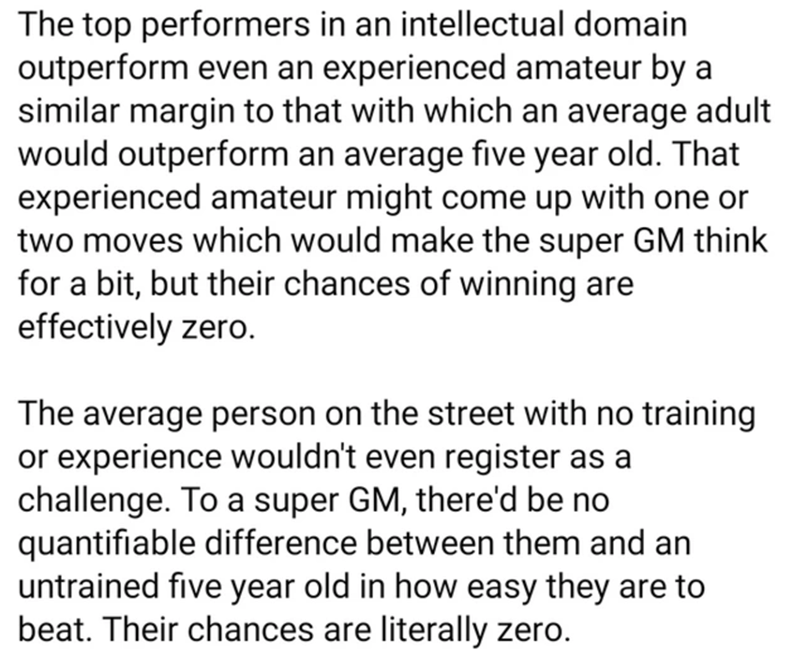 An average person has a zero chance of beating an expert in their field. 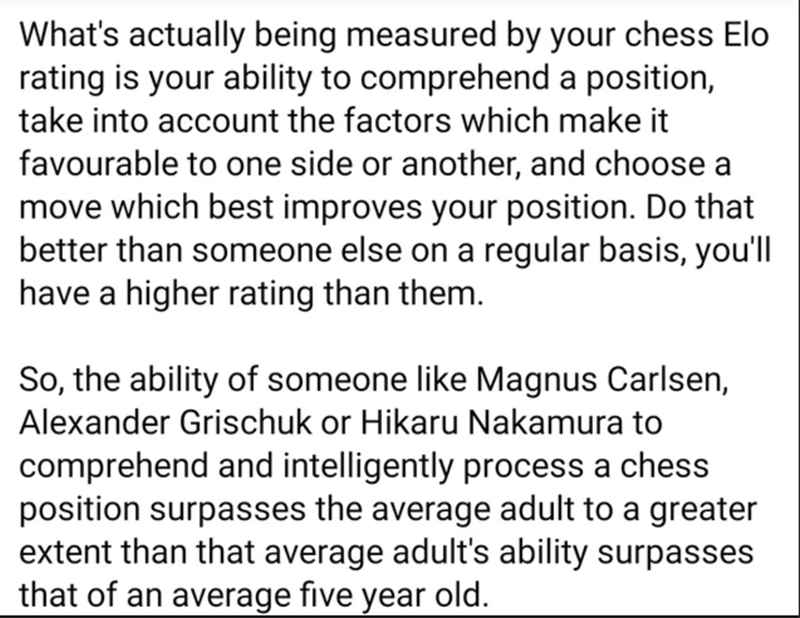 And that can be applied to most other matters in this world. 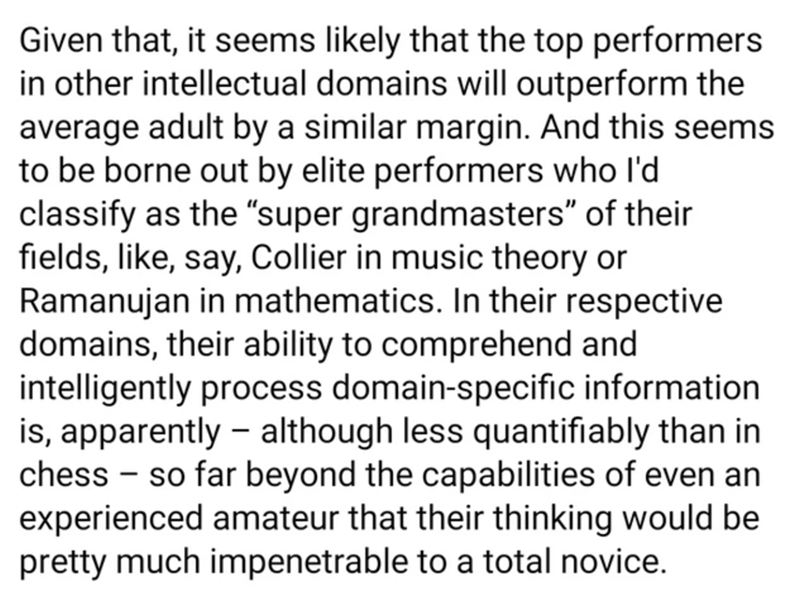 People who have spent years focusing on a particular subject cant be measured at the same level as ones who did a bit of google search. 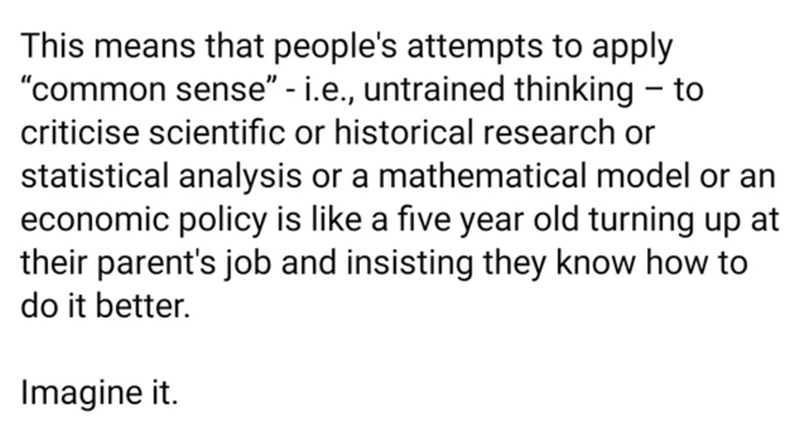 We might not want to believe this since it makes us feel bad about ourselves but it’s the truth. 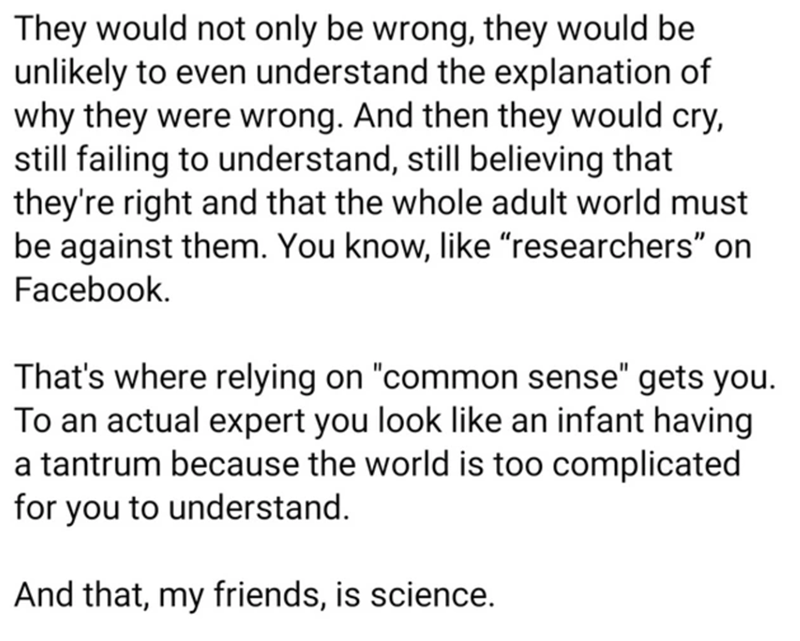 This analogy might make sense for very specific skills in contained contexts, but for the most part the world doesn’t work that way. All disciplines have blind spots, and technocracies tend to reinforce the status quo that facilitates them.
Let’s take the last example.

The fundamental question for any economic policy is the distribution of wealth. If the views of those who can’t afford to become or hire professional economists are discounted as infantile, who do we think those policies are going to benefit? -Ben Hickey

Nobody is saying these ‘experts’ don’t make mistakes. 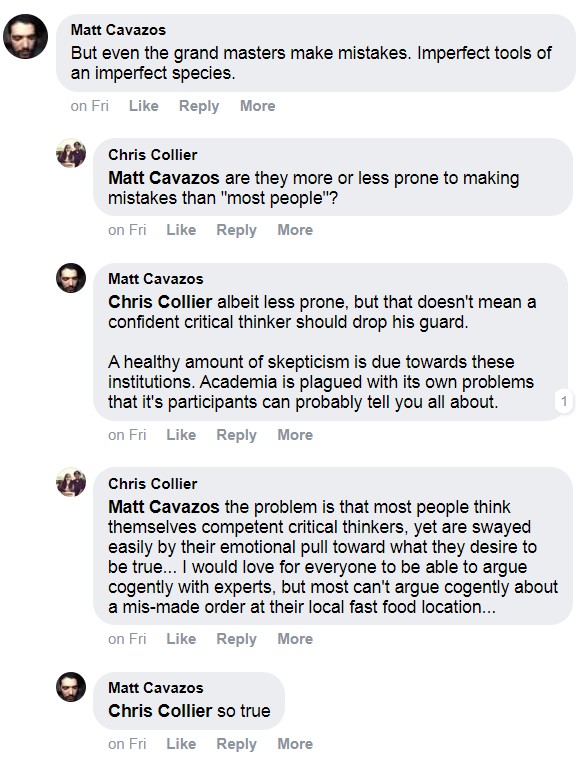 But the margin of errors is much less than an average person.

Communication and trying to understand every point of view is key in expanding our knowledge.

What are your thoughts on this analogy? Do you think it is a bit too far fetched to apply it on every worldly matter? Comment down below and let us know.