We have heard about the smartness of dogs but did we ever hear they can sometimes outsmart humans too, by being a little more clever? From being mischievous about eating their food and not actually eating it to hiding vegetables, dogs have come a long way in being smart and clever.

One reddit user u/DamnItCasey shared the story of her dog in which he fools him for quite a long time until she knows about it. Listening to this story, other sreddit users also joined to tell the stories of their dogs who hated vegetables and found different ways of eating around them. Whether the dogs eat their veggies or not the stories are priceless and must be given an ear to. For your information, vegetables are good for dogs as they contain nutrients, vitamins, and all the goodies that we need in a good diet. However, they are not essential but are recommended. These vegetables include kale, carrots, spinach, sweet potato, and cucumbers. Let’s listen to the reddit user’s story and see what people have to say about it.

2. Doggo was fed his vegetables which he used to eat but hated celery out of them all. Owners made him eat celery and afterwards he would get a treat

3. Owner found out that he had been hiding a stack of celery in the storage room and fooling to get a treat

4. When caught out, the dog started acting like he was offended

I am really amazed by the behavior of this dog. I mean, as soon as he would have found the way of hiding the veggies and getting a treat, he would have made it a habit. And upon getting caught, instead of being apologetic, he has got some attitude. How cool is that?

5. This dog would lick the gravy off the veggies but wont eat them

6. Another one who says his dog hates carrot no matter how hard she tries to give it to him

7. Well, this user has shared a trick to make your dogs eat carrots

9. Roasted seaweed is a good option, your dog too might love it

10. Well, these are some new veggies which the dogs love to eat, at least the Aussies 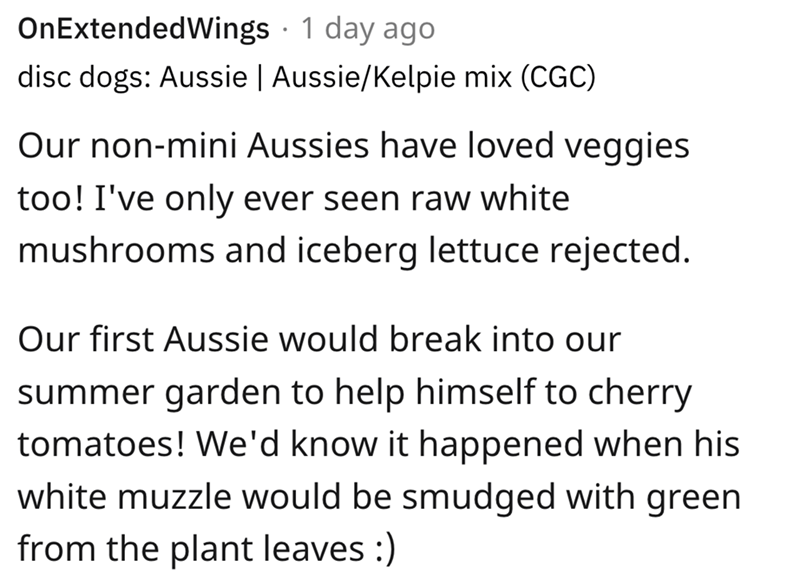 11. Here comes spinach as another disliked veggie by dogs, I guess it’s about the greens that hurt the most 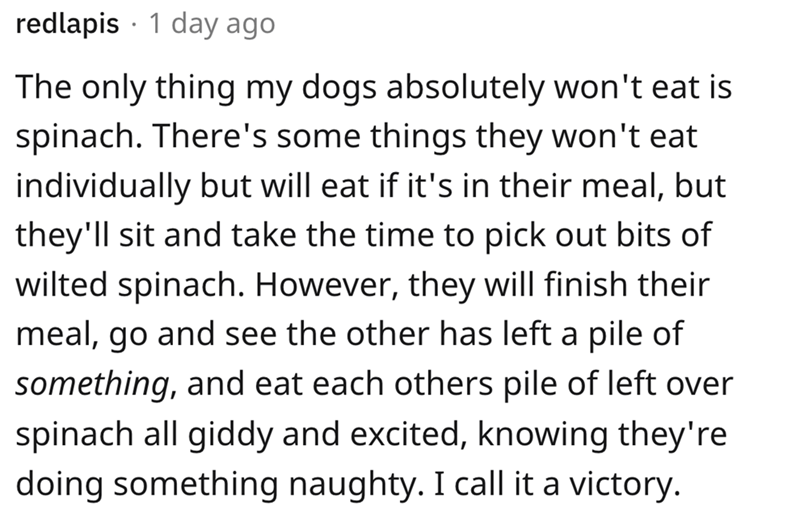 13. The fact that dogs can eat paper but no vegetables, it’s hilarious

14. Turns out, every dog has a different choice and can be picky about different food items

15. And then there are dogs who are obsessed with carrots

17. Neighbor’s dog proving to be helpful

19. This one couldn’t have had resembled it nay better

Via Puzzleheaded_Age6550
Did your pet every did fool you by doing any such thing? If he did, share the stories down below. We would love to hear from you. Want more interesting stories to hear? Keep visiting defused.
Advertisement
You already voted!