Some employers really need to take it easy on their employees.

People need to understand that their employees are human beings. They are not machines. You can not just keep piling work on people and think they will be able to manage it without any problems. If it seems like the work is too much, hire more people or give the employee more time. It is only a matter of time before the employee gets overworked and will burn out. However, some managers think that is not their headache. They only give the orders to get the work done and do not care how it gets done. This gives employees a very toxic work environment. They can be driven to quit work if that keeps going on. Sometimes employees have to make their employers realise their worth. Not everyone is easily replaceable and you can’t think of hiring someone else and training them as a solution every time. Training new employees is an expense on its own. It takes time and effort, and some companies can not afford that. So why can’t they do the sensible thing and just treat their existing employees nicely? Apparently, not everyone has basic human decency. The lack of it is causing many employees to quit their jobs because they can not take it anymore. It is completely understandable. Some managers need to be taught how to deal with employees along with their work. A happy employee is always more productive.

This person on Reddit shared their conversation with their manager in which they were being piled up with work they could not finish on short notice. The manager, instead of being accommodating, told the employee that it is an order, not a request. That was the last straw for the employee and they decided to put the manager in their place. Scroll down below to read the conversation.

Austin, the manager, gave Sebastian, the employee, more work on a Sunday. Sebastian argued that he might not be able to finish all that work so quickly. Then Austin replied, “I’m telling you to get it done.”

Sebastian started complaining about his workload and the manager remained egoistic, asking the employee to talk to him in person if he has an issue with him.

That is when Sebastian decided to give Austin a piece of his mind. He let the manager know how bad he is managing his work and how it was affecting Sebastian.

Sebastian ended up saying he was very close to quitting because of the lack of respect that Austin was giving him.

After all that, we really hope the manager came to his senses. You can not just overwork people and expect them to go along with it. They will blow up at one point and then it will be out of your control. 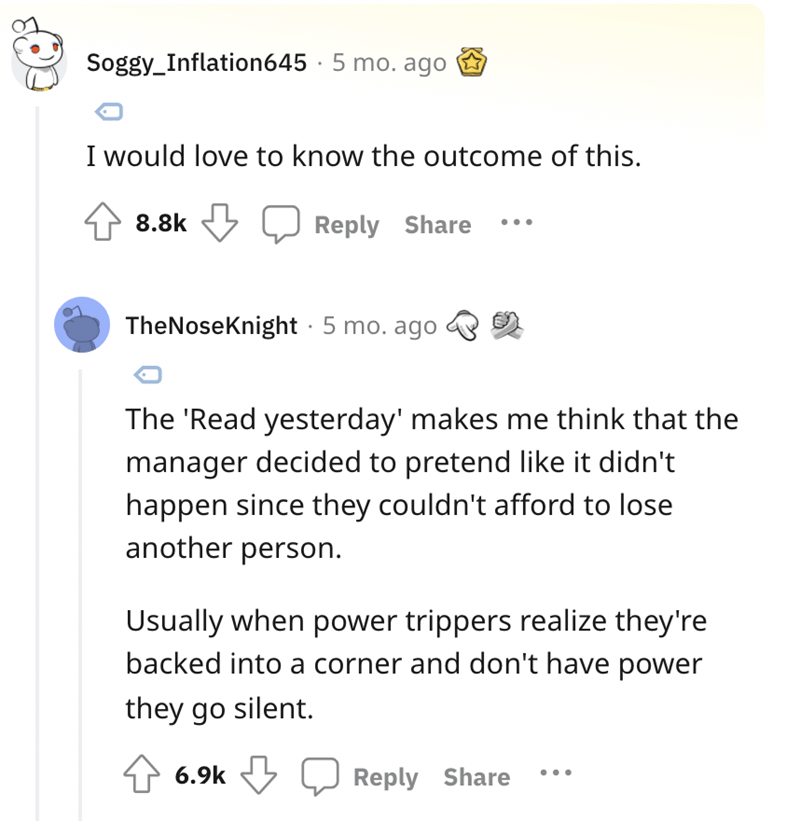 Some people shared their own stories.

Make sure whatever you talk about with your manager is on record. 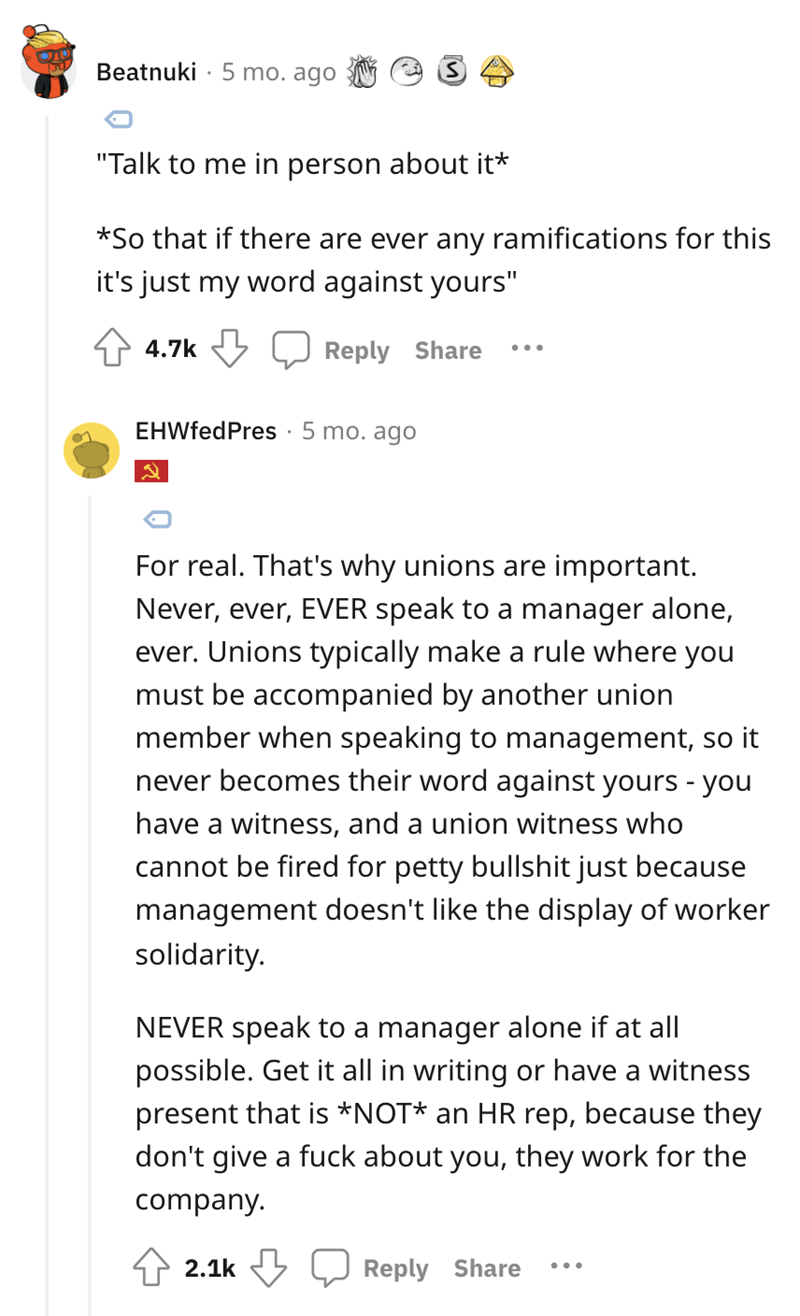 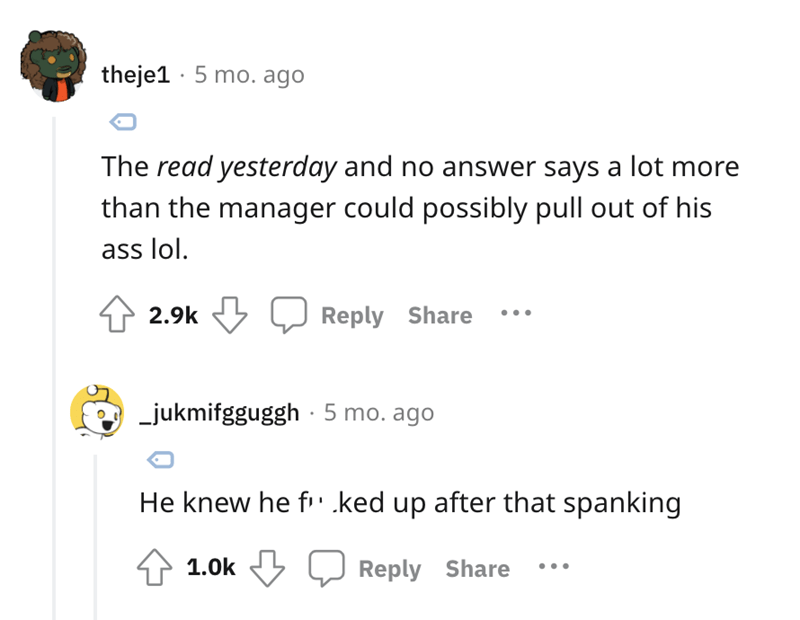 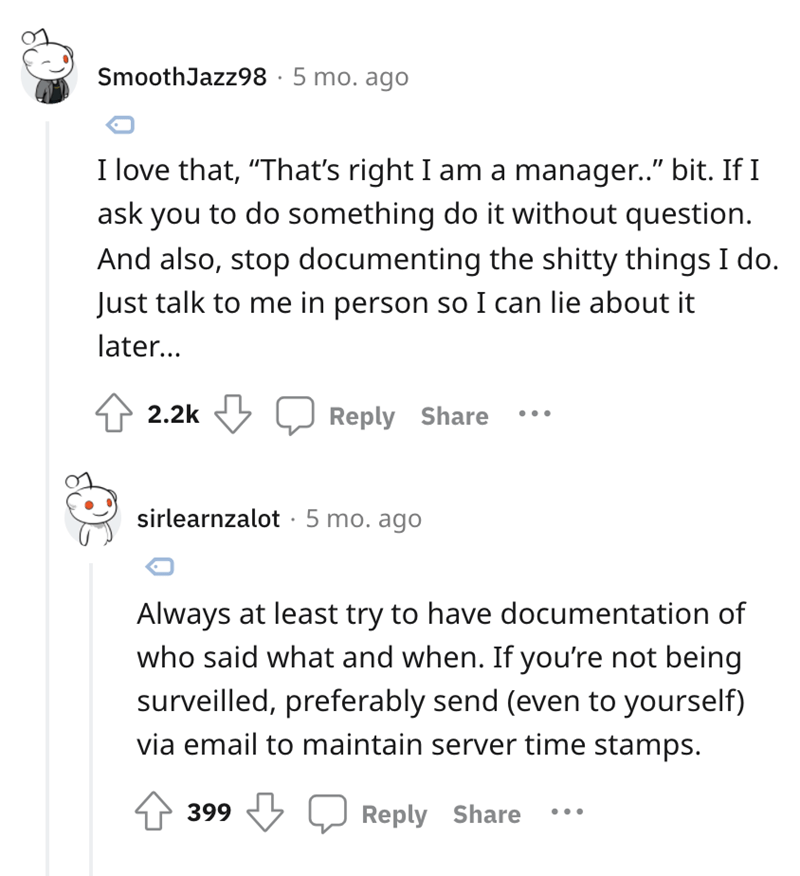 Do you think the employee did the right thing? How would you have responded in this situation? Share your thoughts with us in the comments section below.