Not everything is about money.

I know that only people who can actually utter this statement have money in their pockets but it is essentially true. While I am not going to go ahead and say that money doesn’t matter because it does and yes, it can make your life easier but it isn’t everything. At the end of the day, as cliche, as it might sound, money can’t buy happiness even if you think it might be able to. So sometimes you have to make life decisions that might not make you a ton of money but will give you peace of mind.

However, in a lot of jobs, we don’t tend to think like this. When it comes to work, most of us just want to get as much as possible for the work we do and there is nothing wrong with valuing your hard work highly. Although you have to also keep in mind whether you are actually somewhat satisfied doing the job that you’re currently doing. I am well aware that sometimes you don’t have a choice and some of us don’t have the luxury of options but oftentimes, you just have to break out of the box.

The employee in this story realized this lesson the hard way when he chose to work for a rude boss just because he got a raise. However, he did get some sweet revenge afterward so I’d say this was a win in the end. Just scroll below to read this story for yourself. Just a quick warning, it is actually quite the long story but it is 100% worth the read.

This story was evidently posted before but was deleted because of legal reasons, but now it is back better than ever. 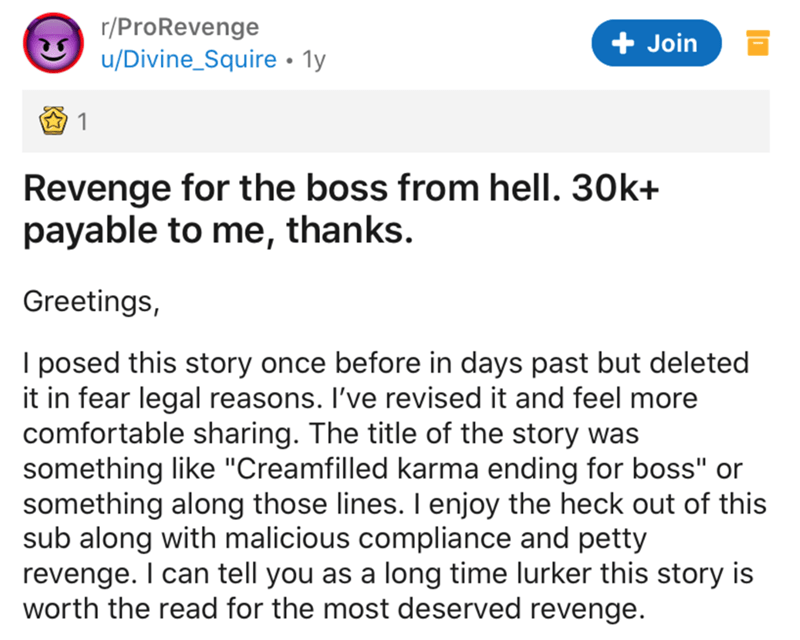 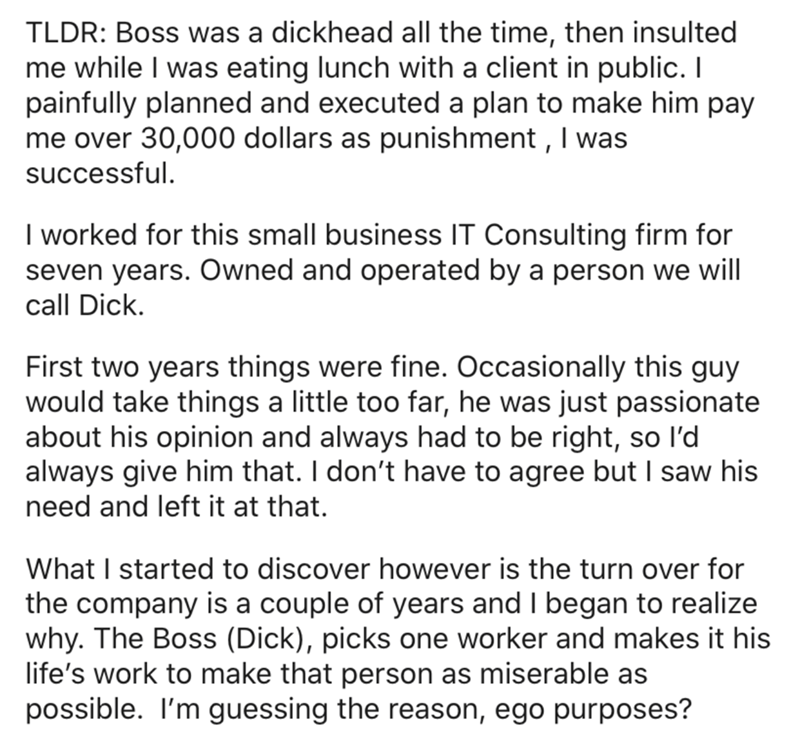 This guy was clearly on a power trip and he didn’t care who he hurt. 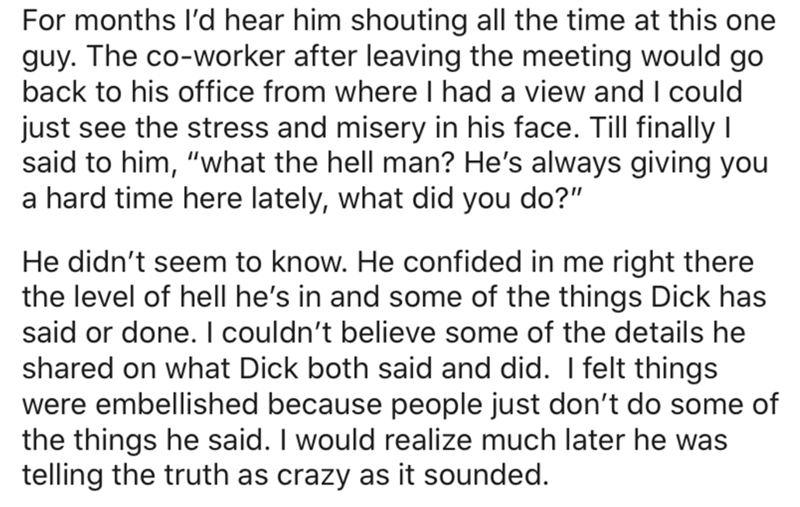 However, when his target left the job, he had to find a new one. 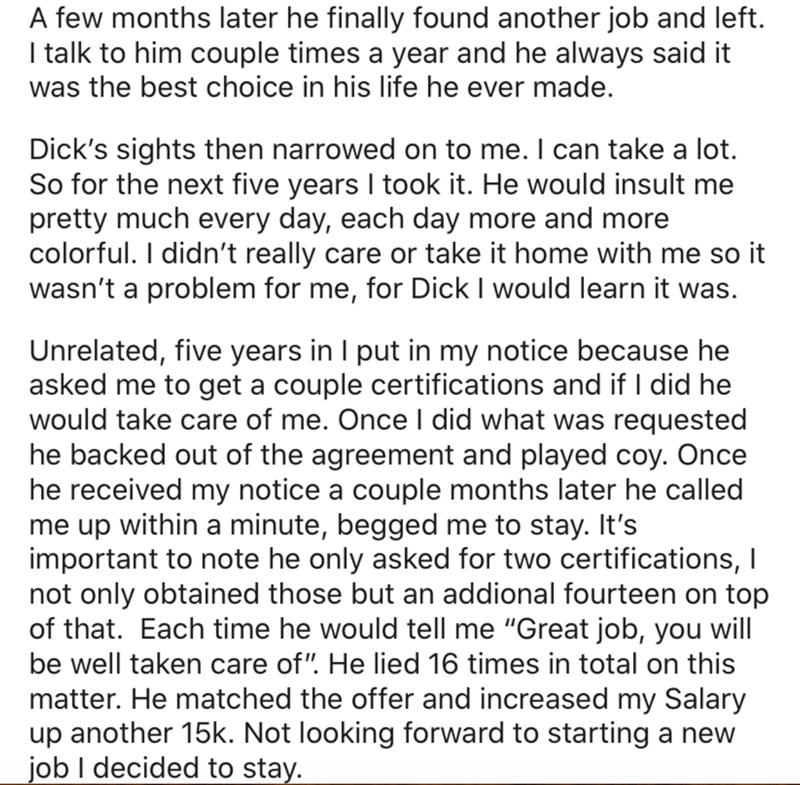 This time, however, he messed with the wrong person as we will come to see later. 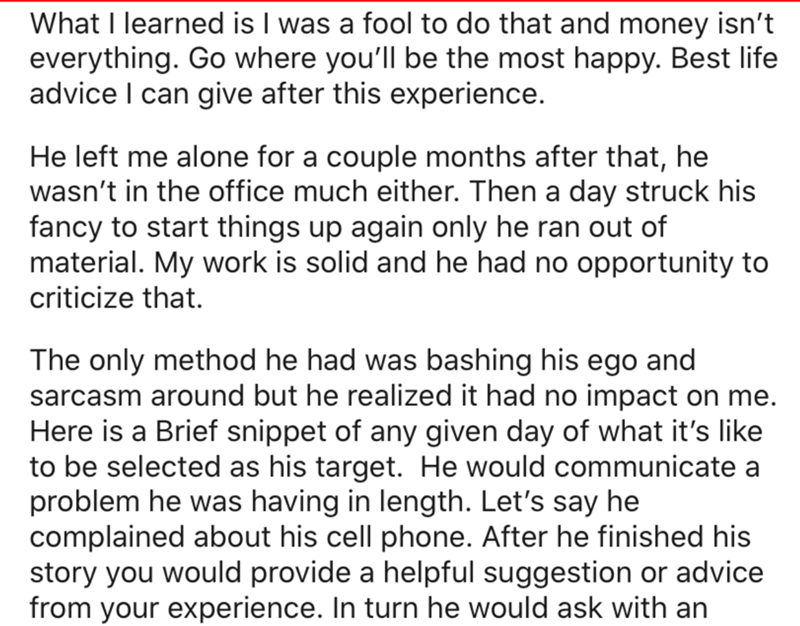 It was clear that this guy was just looking for things to make comments about and that was all there was to it. 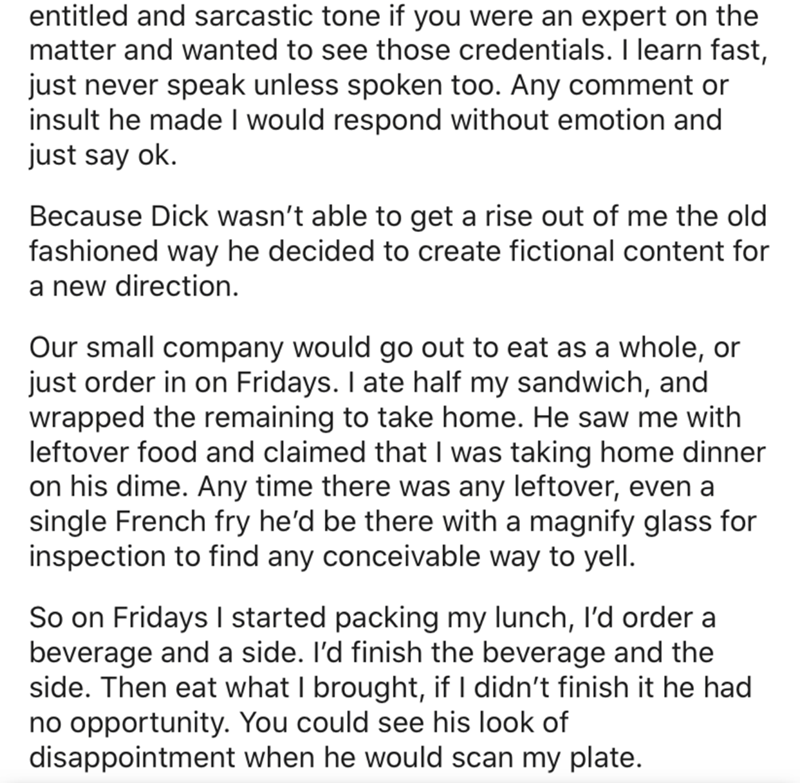 He even went as far as to make sarcastic bathroom comments which is just plain weird. 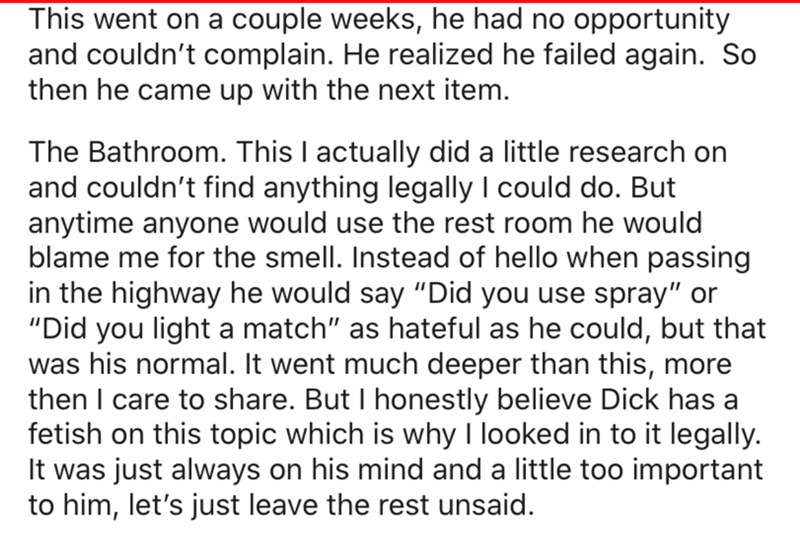 However, this person didn’t just take it all quietly and did fight back a couple of times in numerous ways. 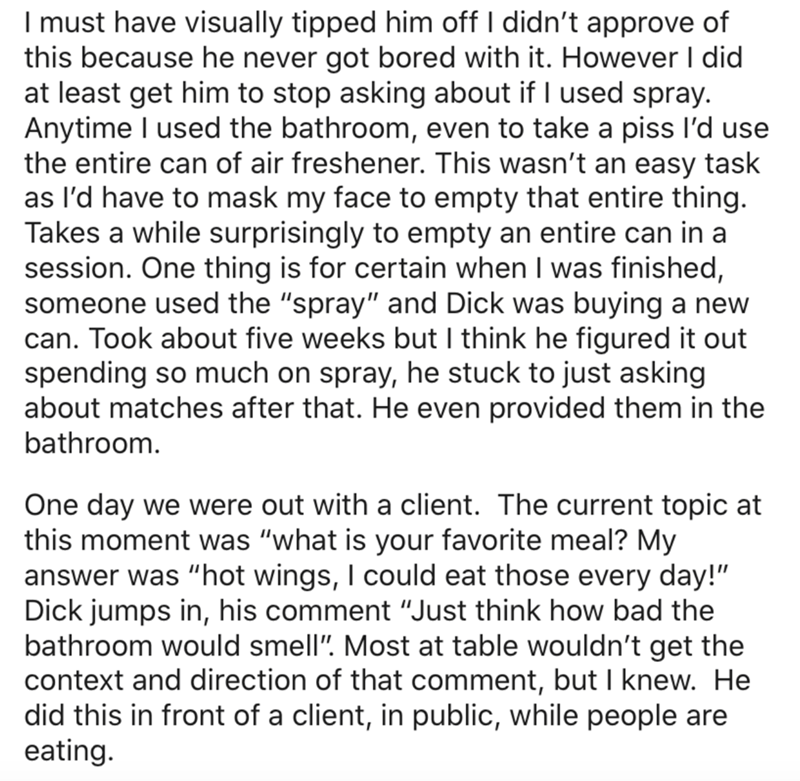 But there is a limit to how many insults a person can take before they blow up. 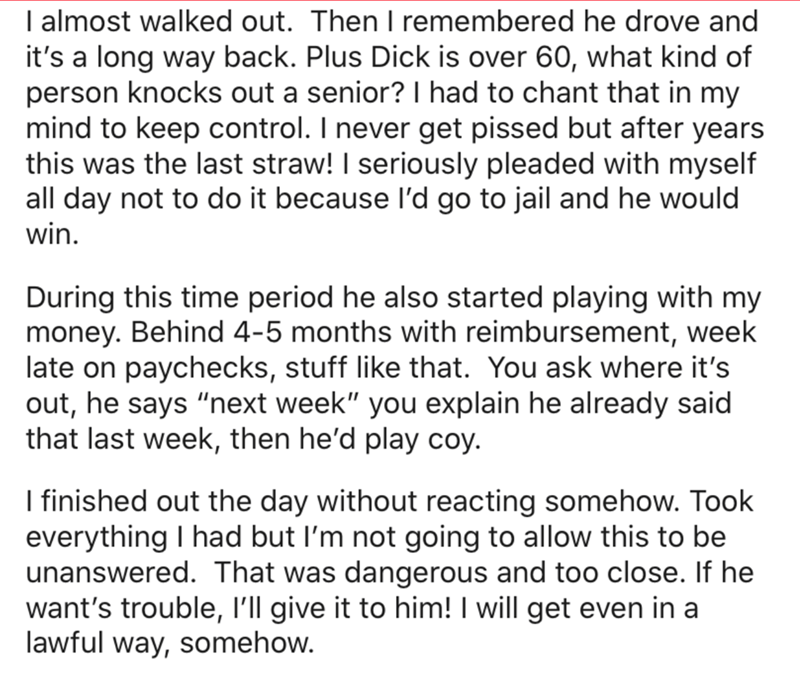 And this is when this person decided to employ his revenge plan. 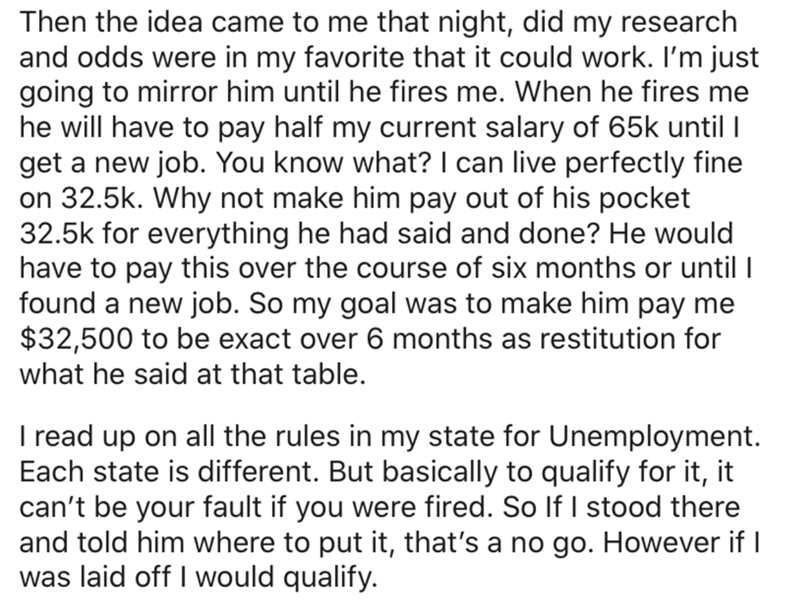 It started out simple but the rude Boss was already having a bad time by the looks of it. 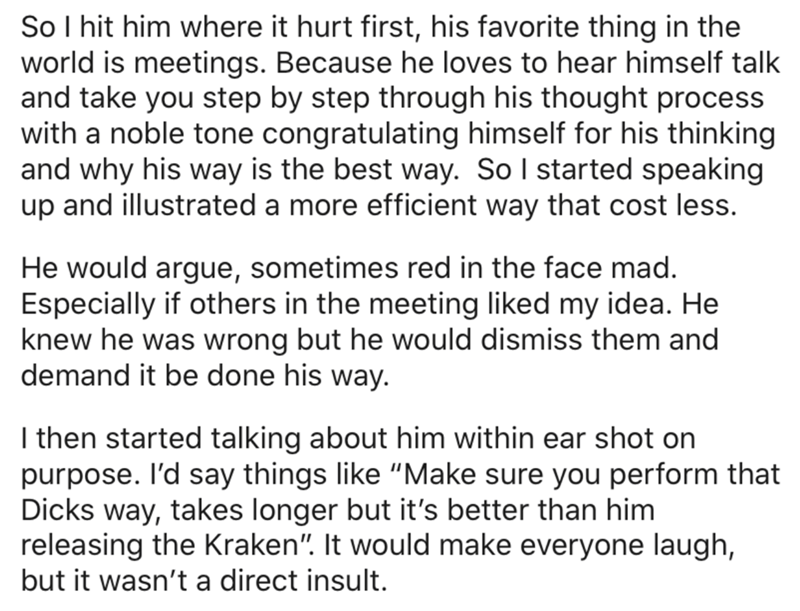 He didn’t like when his massive ego was shattered.

The boss was evidently also not great when it came to business since it was going downhill. 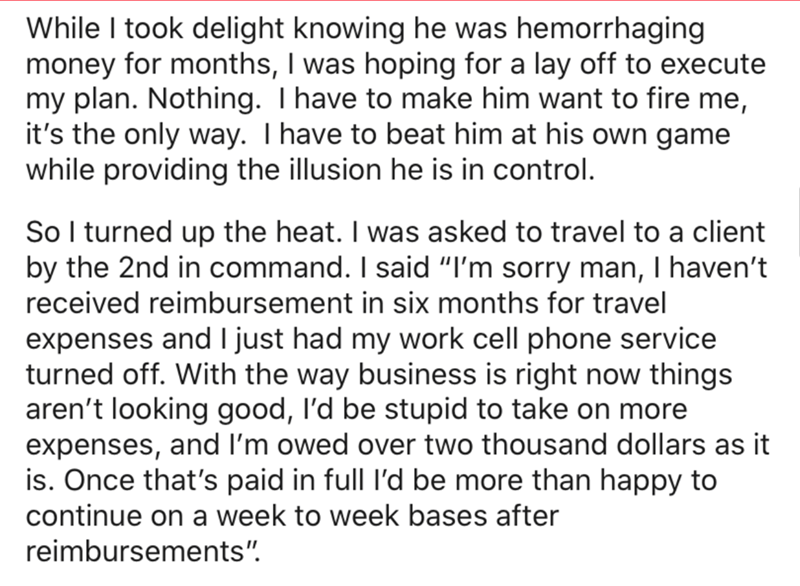 Many people even knew what was happening and relished the revenge. 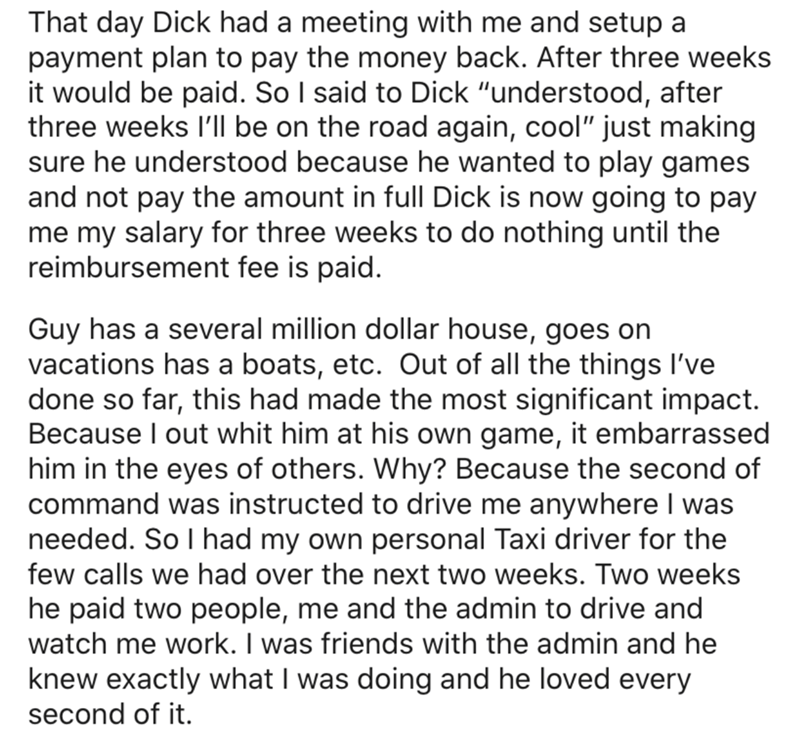 This was apparently the last straw for the boss and he finally called the original poster in. 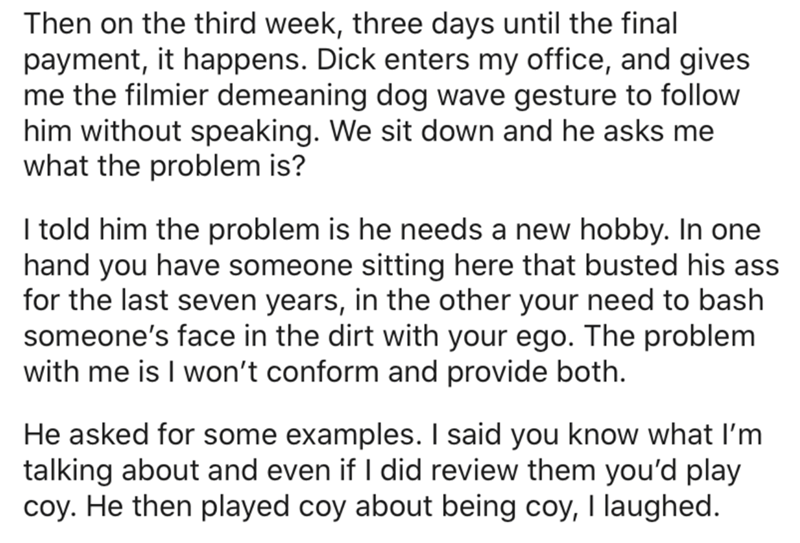 He clearly thought that OP would be upset but this is what he had wanted all along. 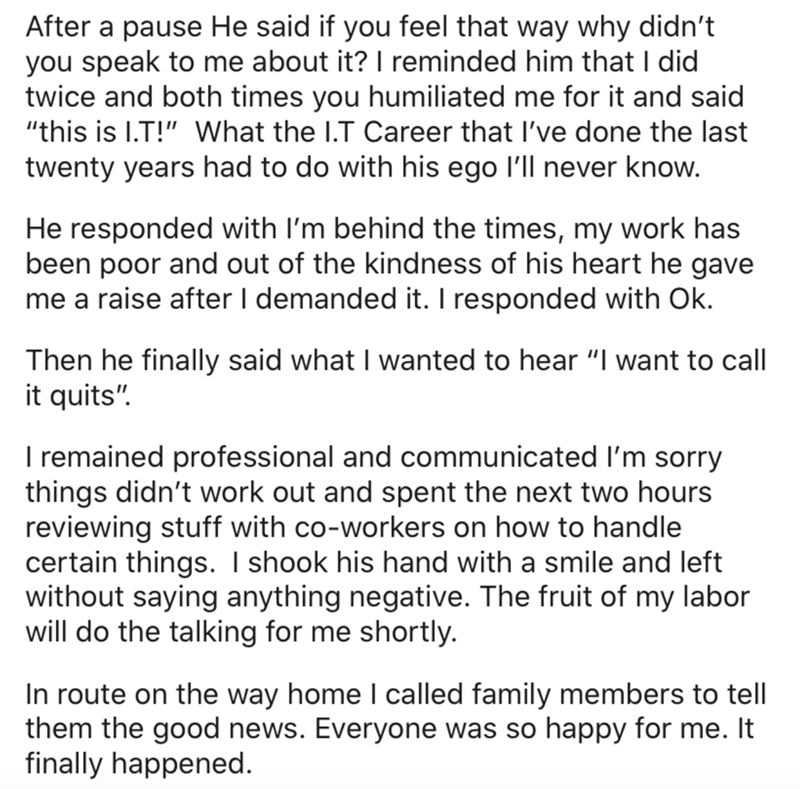 Everything was ready beforehand and he sent out the unemployment forms. 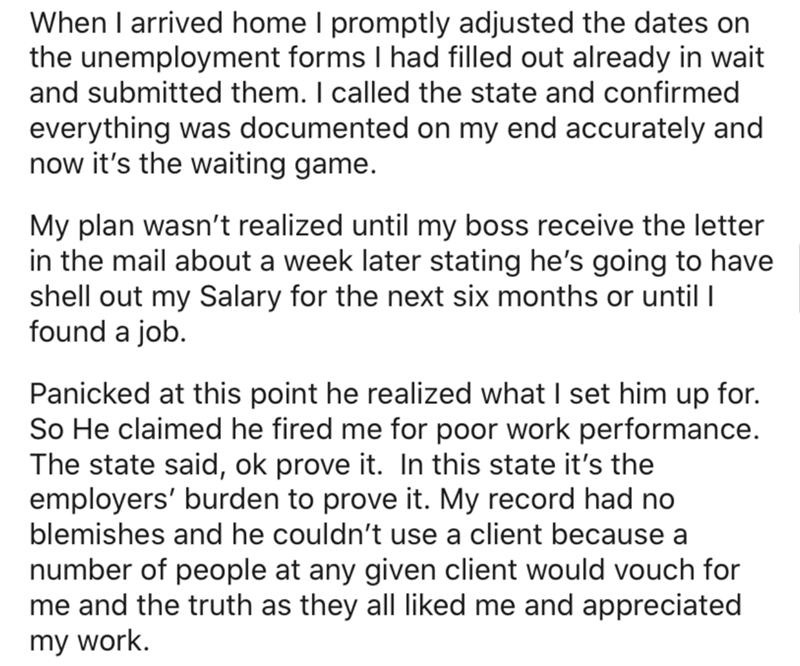 The boss clearly didn’t expect any of what was going to happen to him but he wasn’t going to back down either. 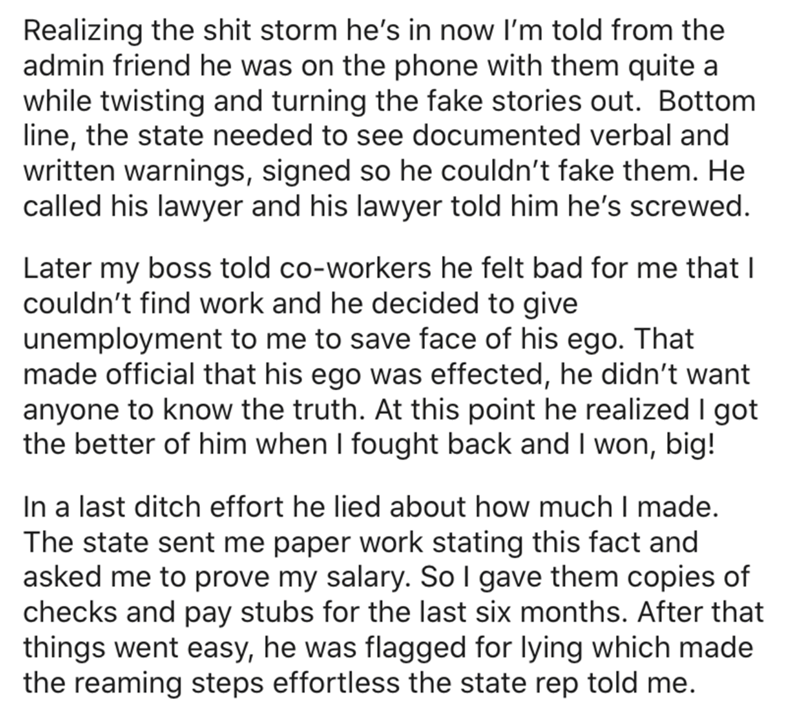 He tried everything, from lying to changing the amount that OP was paid but none of it stuck. 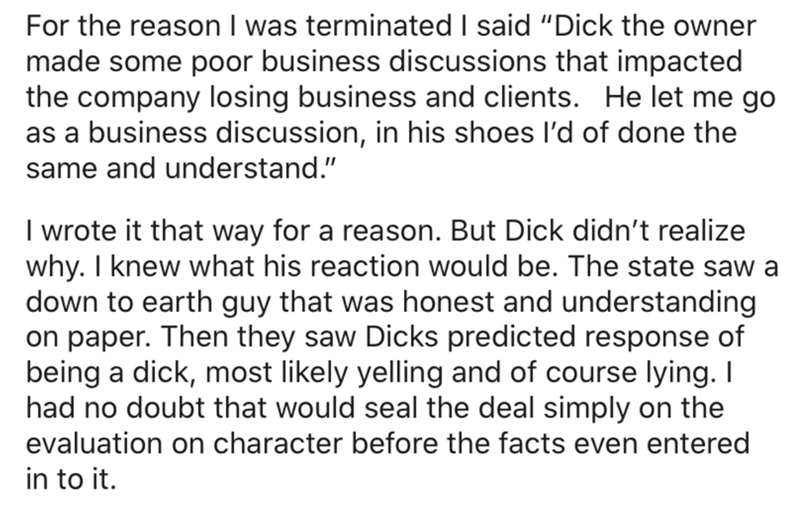 Then he tried to hide the fact that he had lost but everyone in the company knew what had actually happened. 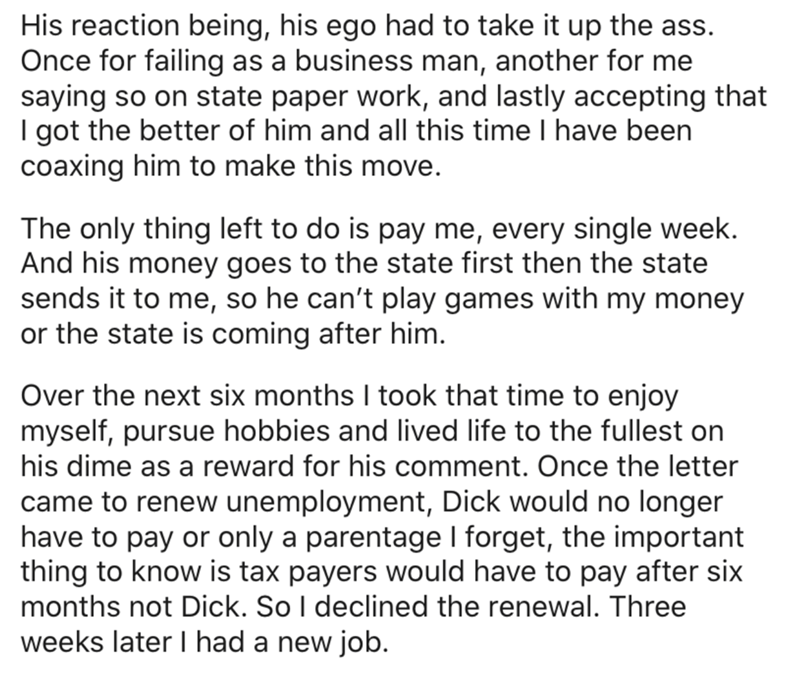 It took a lot of time but at the end of the day, he got what he deserved. 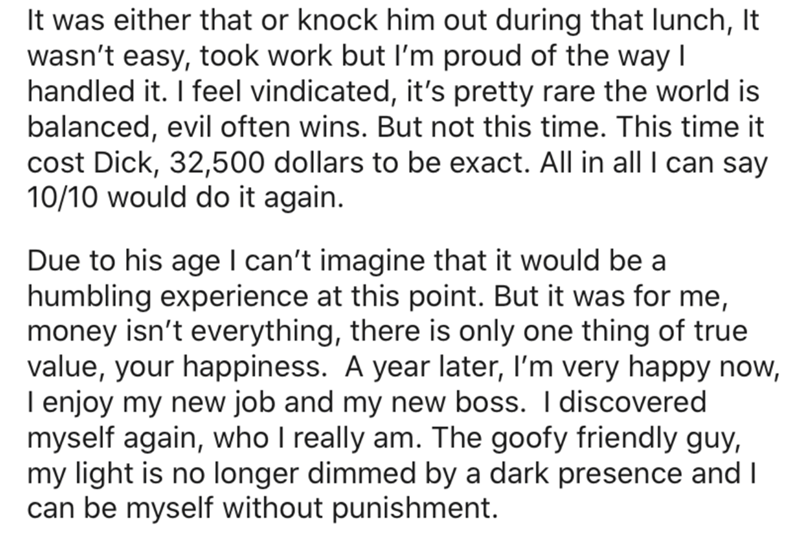 What do you think about this story? Would you ever do something like this? Or do you think the employee went too far since he spent a lot of years of his life dealing with this? Should he have just left at the first sign of trouble? let us know your thoughts in the comments below. And don’t forget to share this article with your friends so they can enjoy the sweet satisfaction of revenge as well.