Companies want to do everything by the book.

And while I understand that a set of rules are necessary so everything doesn’t delve into chaos, there also have to be moments where you realize that is better to change direction. This is especially relevant when it comes to financial decisions. Ho0wever, it seems as if companies and their higher-ups will do everything they can to inconvenience their employees even when the intended employee is helping the company indirectly.

This is what happened in this particular story. You see, this person did not want to go to a restaurant every day even though their meal expenses were paid so they decided to buy some groceries and snacks to eat in the comfort of the hotel. Now, this is full;y understandable since not everyone wants to go to an expensive restaurant every day but apparently, this company just didn’t think it was right that this person had spent sixty dollars when they were only given a maximum of forty for the day.

Did I forget to mention that the sixty dollars were for five days worth of lunch? You can read the full story by scrolling below.

Firstly, we get a little bit of information as to where this person is and why lunch was so expensive around them. 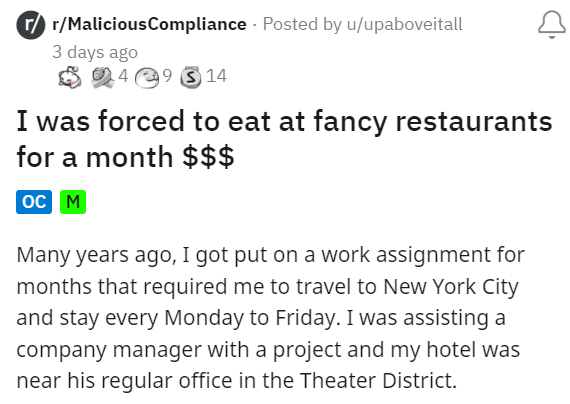 It is apparently a tourist spot and that means that most eateries around the area are overly expensive. 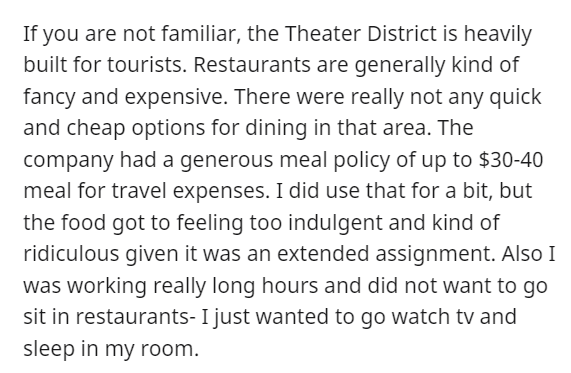 So this person decided to save the company some money and get food just so they could eat in front of the TV and relax. 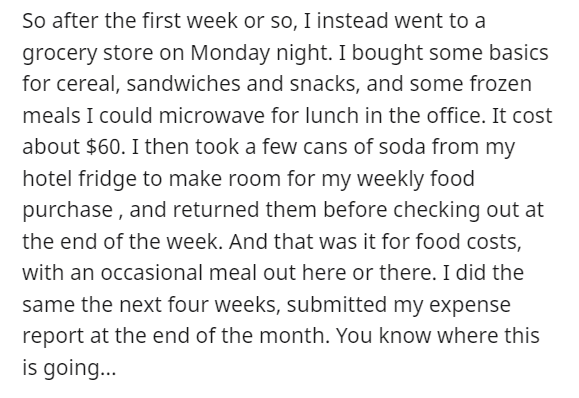 The accounting had clearly not thought of this and this set into motion the revenge plan. 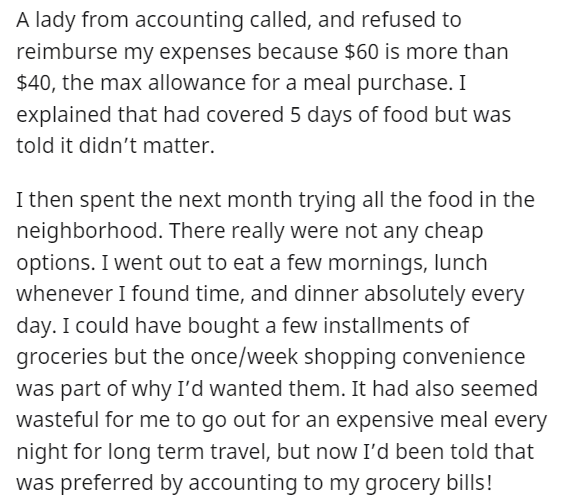 So yes, the company finally realized what was happening and decided to reimburse him for the bill. 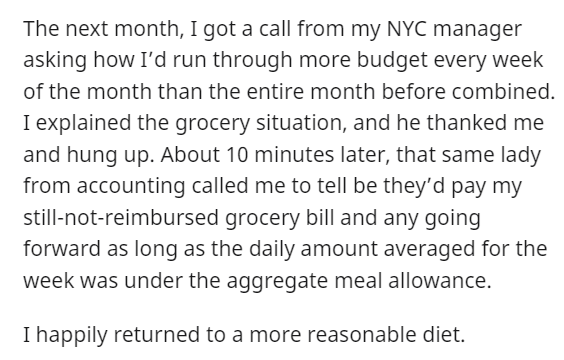 Honestly, was it really that hard to do in the first place? I understand that it might not be the accounting department’s fault since they have their orders but some companies just have weird rules. The only thing that has to matter is the aggregate weekly amount rather than per day. This person had saved the company a lot of money but the company clearly didn’t want that so they got to have some fun with the rules.

Eating out every day doesn’t seem very healthy either and I would know. 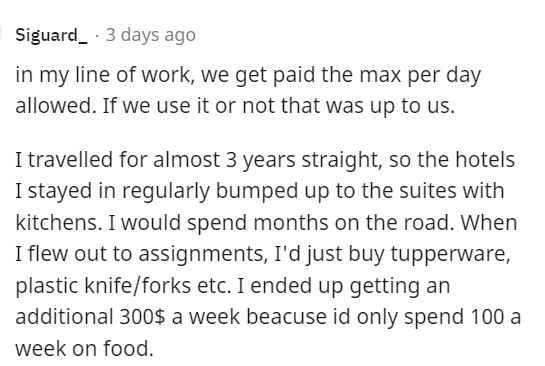 While getting to eat out at an expensive restaurant every day seems like a great deal, it can actually just tire you out especially when you just want to go home and relax. Sitting at a restaurant everyday after work does not seem like a fun time to me and I love eating out. 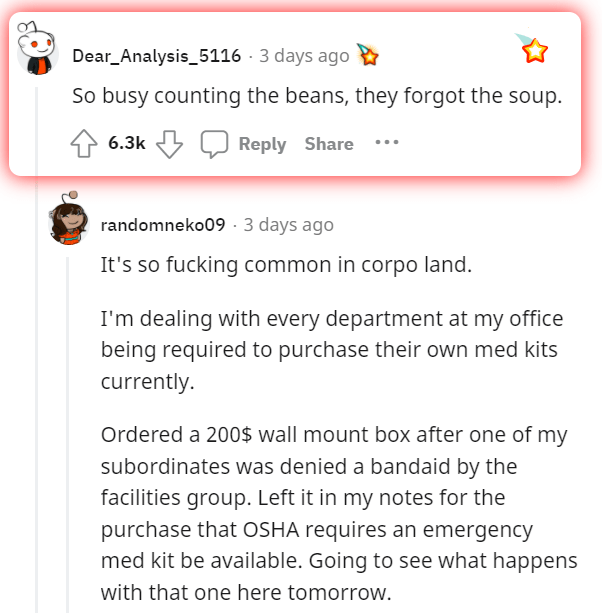 This commenter clearly has some beef with the company they work at. 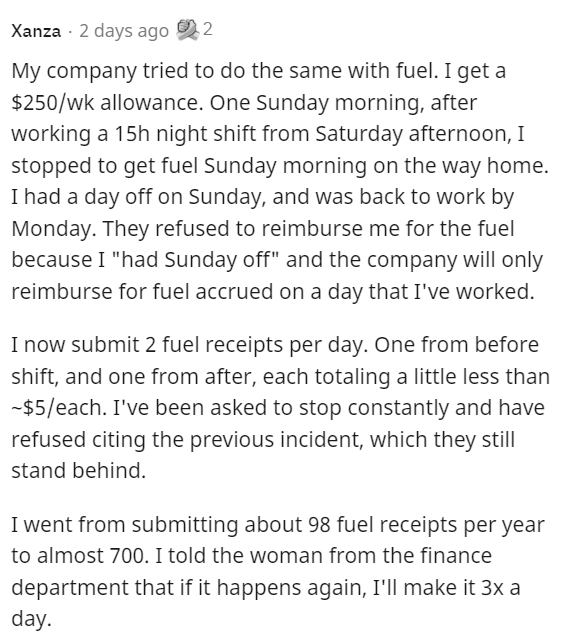 Why did the accounting representative think it was a bad idea? 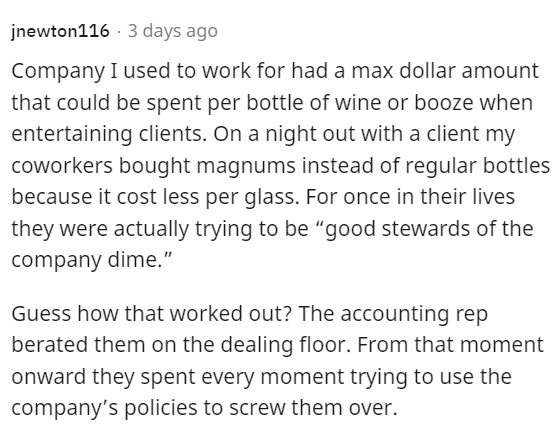 What are your thoughts on this instance? Have you ever been in a situation where you were trying to save the company some money but it ended up backfiring on you? If so, how did you deal with it? Did you employ malicious compliance or something else? Let us know in the comments below and don’t forget to share this article with your friends so they an join in the discussion as well.