This is why you don’t mess with a group.

While I understand that managers think they re above the petty concerns of employees. After all, they aren’t going to be on the chopping block nearly as much as an ‘ordinary’ employee is going to be. And most of the time the higherups give the dirty job of firing employees to the managers. So these managers usually relish in the satisfaction of seeing someone’s world crumble because of them.

However, it doesn’t always happen this way. Sometimes they get what they deserve. And this manager got just that. Although in a very round-about way. You see nobody liked him but tr as they might, they couldn’t touch him. So they decided to form a plan that will give him a well-deserved wake-up call.

The story is indeed a bit vague but it is easy to understand nonetheless. 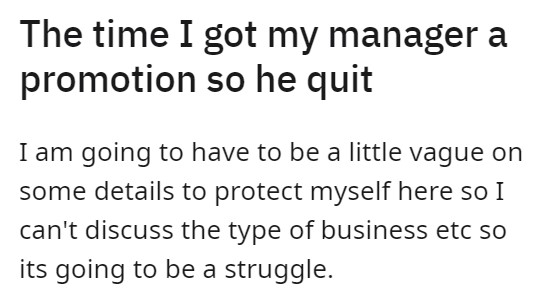 Most jobs do turn into this sort of thing one way or another. 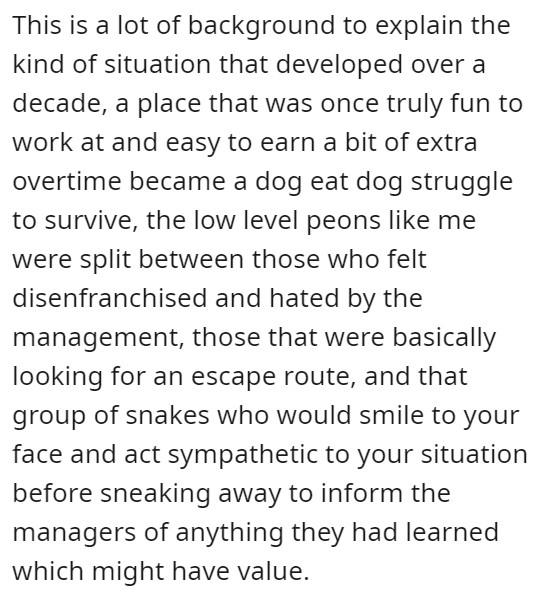 This is becoming a reality for many people these days. 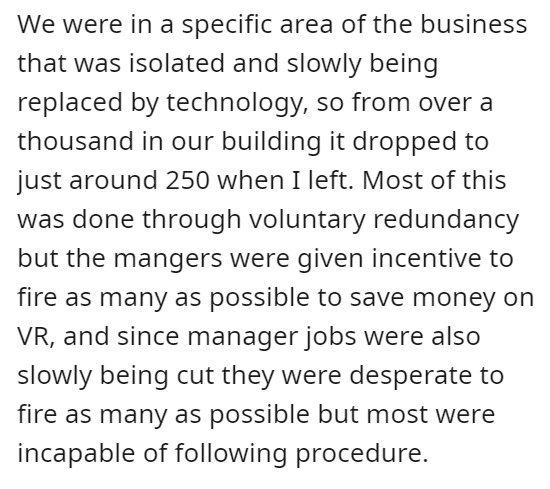 Mike was definitely the kind of person they needed. 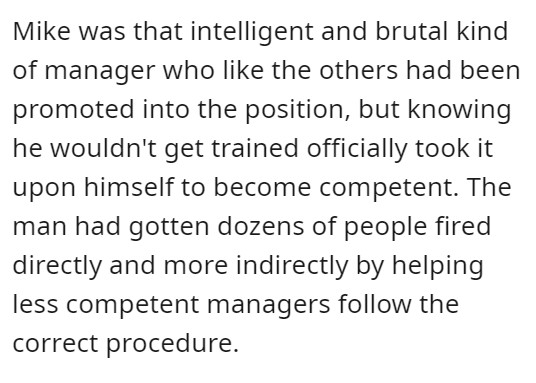 It does sound like a struggle to stay at the top at all times. 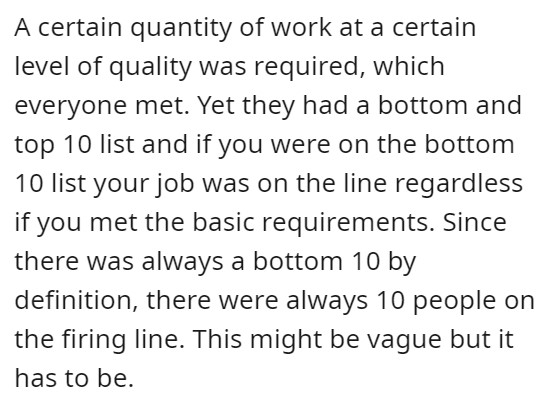 He simply wanted these people gone and had them at a chopping block. 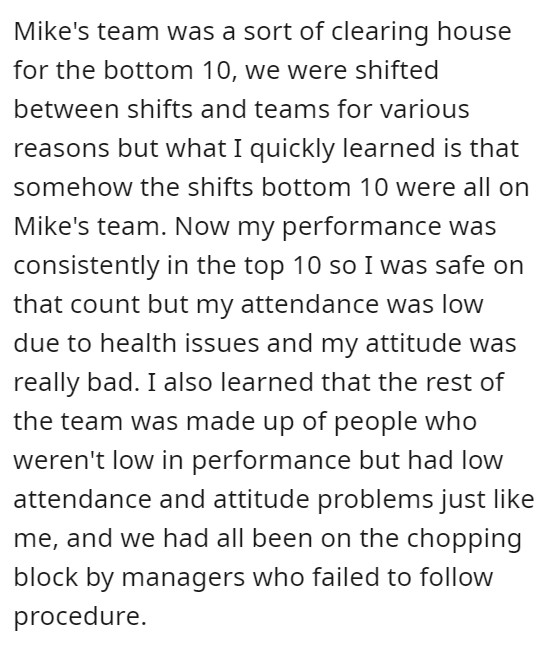 Seven times is a lot and I am surprised you stuck it out this long. 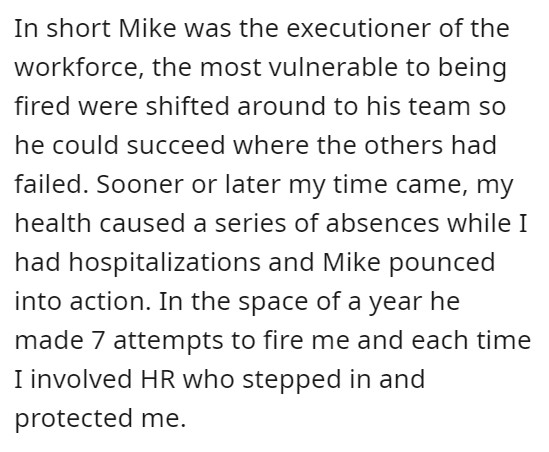 It is clear they wanted to do something but their hands were tied. 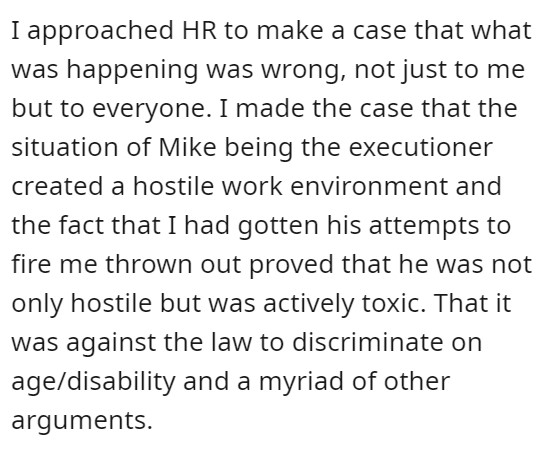 And getting proof is never as easy as it seems. 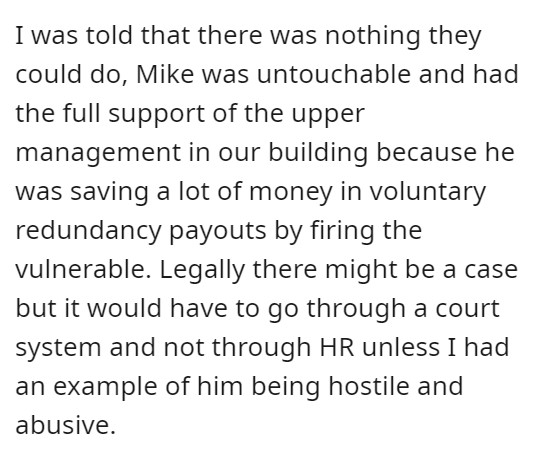 After all, it was better to do something else than remain under him right? 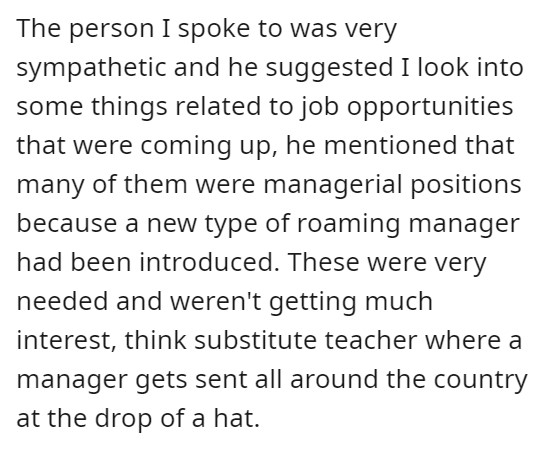 This may sound like a weird way to get revenge but just hold on. 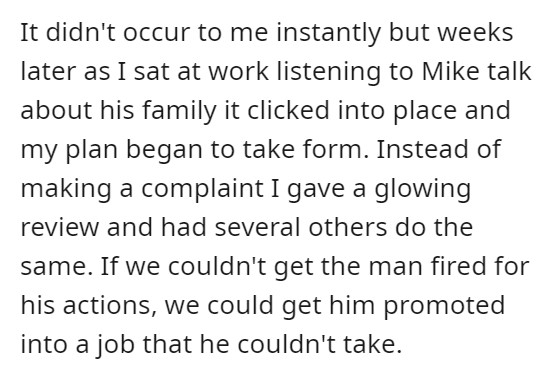 And so the plan was set in motion. 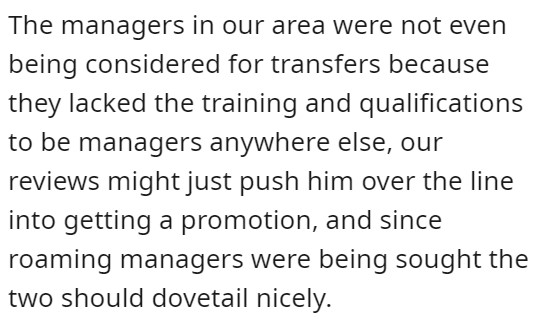 At first, it seemed like nothing happened but soon that changed. 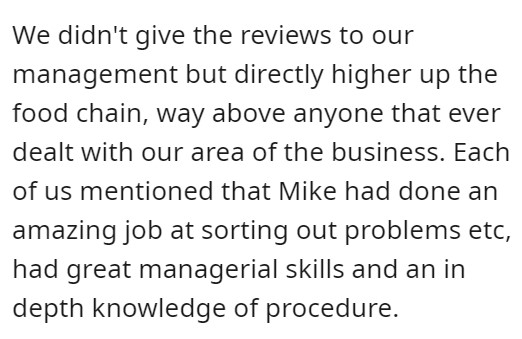 Mike seemed like the perfect candidate for the job. 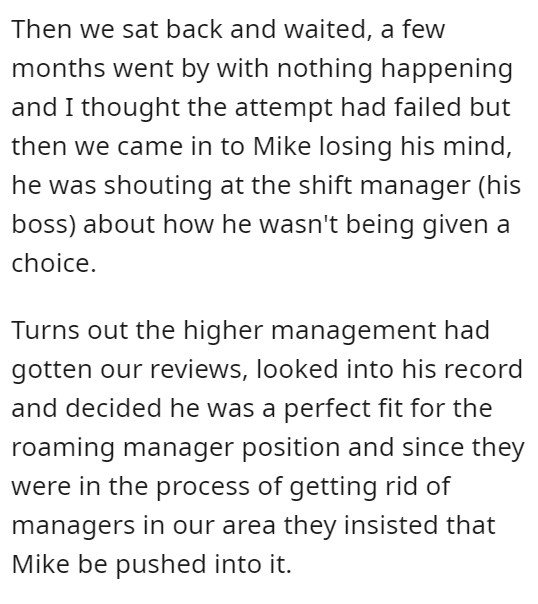 He had no way out of it so he was stuck. 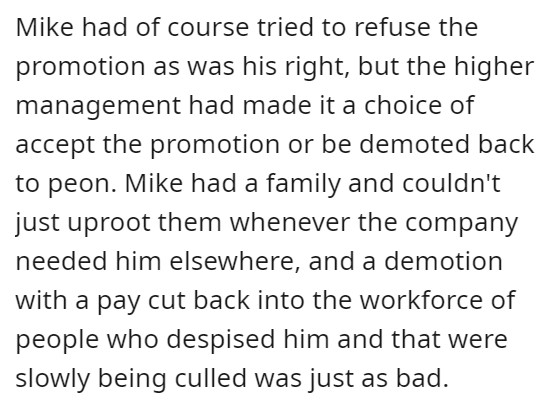 So he had no other choice but to ‘quit’. 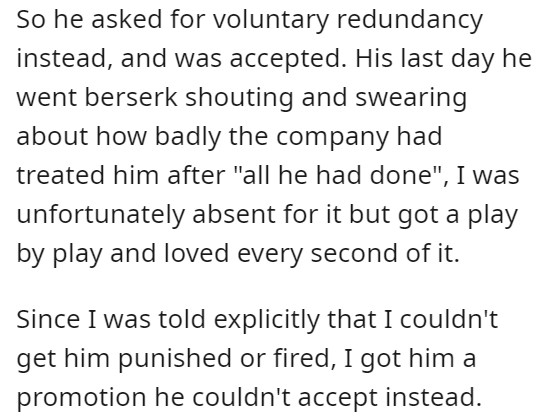 The Reddit user even added a bit more as to what happened to him after the fact.

I transferred out about a year and a half later to a stable department in what I call “the proper company”. Things got better in terms of people not being fired so ruthlessly but the voluntary redundancies continued and the writing was on the wall but it was restricted to just that part of the company.

My new position is in a cohesive team with a manager that was hired into the company as a qualified and experienced manager who I respect and like. I learned that the systems in place where I worked at before were invented out of nothing by managers with no competence, that the rest of the company is like a totally different company.

My manager, and from what I have been told most of the managers for the rest of the company are given the incentive to increase morale and cohesion, to train and help those that are struggling to reach higher standards of productivity.

My health has recovered a great deal in the time since then though it will never be 100%, and the job I do now is actually better for my health and fitness in a number of ways. The pay is also better and there are always chances of overtime if I want it.

No more bottom 10 lists, no more voluntary redundancies, no more brutal firing of vulnerable employees, all that for me at least is a distant memory that I mostly try and forget. The only people I have seen get fired were truly deserving of it (one was violent and another sent dick pics to people who weren’t interested in dicks…).

I haven’t seen Mike since but I heard from a secondhand source a couple of years ago he used his voluntary redundancy money to set up a business in the same industry and it wasn’t going very well.

I think that about covers it, happier, healthier, and more stable and secure in my job. Funny how it turned out my bad attitude was a result of the environment I was in and how it totally changed once I found myself in a better one. –locusness