When hunting for a job, we drop our resumes everywhere possible in hopes of getting a call from somewhere. The drill is, if the employers find our resume attractive and consider us as a competent candidate for the applied vacancy, they call us back. Otherwise, they just ignore it and we most likely don’t hear back from them. No hard feelings. However, some employers have so much damn time to waste that they would actually reply back just to insult us and degrade us for not being “qualified” enough for the position. Or, that we do not have a bachelors degree and that we are not worth the job and we should not have applied for the job.

Not hearing back from someone is far better than them insulting us for not having a degree and that we should not have applied. That’s rude straight off the bat and such people should be held accountable for their bad behavior with their potential employees. Karma’s a b*tch, so it doesn’t take much time to turn the tables. We came across an interesting Reddit story of a bada*s boss woman who taught her potential employer a lesson that she won’t forget for the rest of her life. Scroll down to read the whole story.

So here’s where it all started. 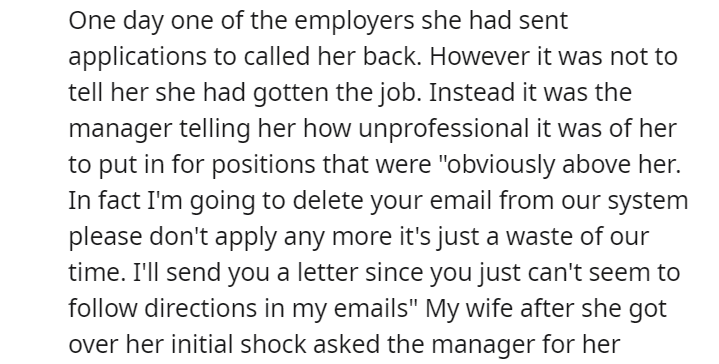 Insulting someone and belittling them for not being “qualified” enough for the job they applied to is not how you react as a manager. You simply ignore that resume/ cover letter and move on. Or maybe, politely excuse, but insulting someone who was just applying for a certain position at your company is absolutely wrong. Not only did Mrs. Ivanka Tulip insult OP’s wife, but she had the time and energy to send her an official letter, asking her not to apply as she doesn’t have a degree. That’s absurd. Mrs.Tulip should have been at her therapist’s instead of work that day.

It’s time to teach someone a lesson…

It’s time to kiss the a*s you once kicked. 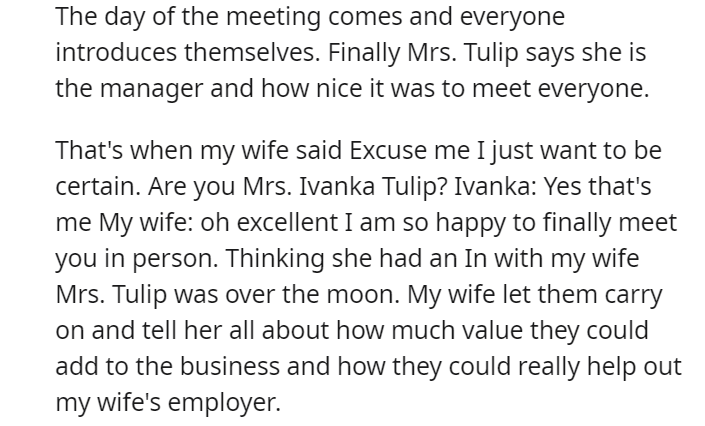 That’s Karma getting back at her.

Looks like the stars are unfavorable for the “business in question.” 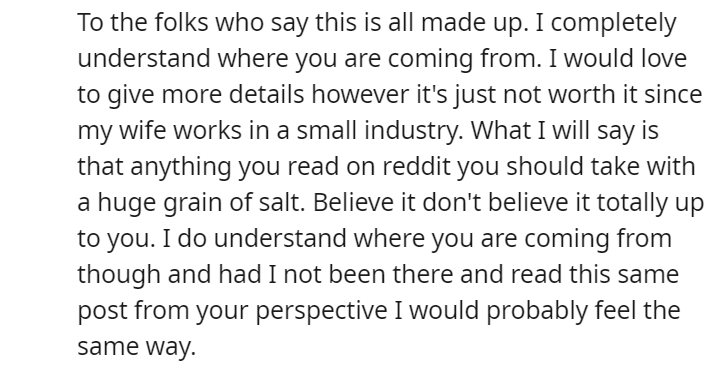 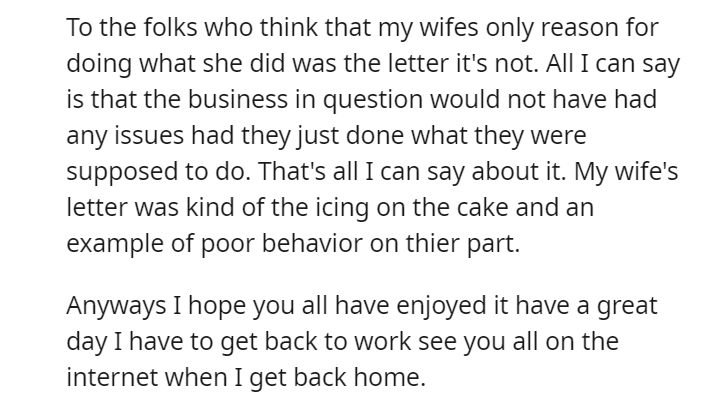 Well, that’s a great lesson learned with a huge price to pay. The “business in question” must have blown up on Mrs. Tulip after the meeting. We see some serious ethical issues indeed. Hopefully, next time the “business in question” would train all its staff properly about workplace ethics and how to deal with employees and the potential employees. You certainly cannot judge a book by its cover. Always remember that diamond was once coal. Anyway, let’s hope for the best and let karma take care of the rest. Redditors love it! They loved this story and here’s what they think about it. Scroll down to read what they think.

“The a*s you kick today may be the ass you have to kiss tomorrow.”

That’s not something “busy” employers do…

Something people do to make themselves feel bigger.

We think Mrs.Tulip has a superiority complex.

She is a keeper!

The fruits of hard work and patience are definitely the sweetest. More power to OP’s wife! She is such a boss woman. What do you guys think about this story? Have you ever been mistreated by an employer? Let us know in the comments below.