Despite being a very common language, English is very mysterious!

This popular language has its own quirks which can be quite interesting to read. Sometimes, it may even seem illogical to people who speak English as a second or third language. Like, the letter ‘K’ is silent in the knife but it is written that way; however, we only pronounce the letter ‘Q’ in the word queue but it is written as a whole word. Moreover, this fascinating language also has its own history and peculiarities too. It is often baffling to learn that’s why you might have heard people saying that this is the most difficult language to learn. However, it also gives you a lot of exposure and this article will surely make you question a lot of things.

Here we have compiled a list of examples that people have rightly put forward which explains why it’s a really confusing language. It will surely make you question if you’re even speaking it correctly or not. But don’t worry, it’s all light-hearted and will definitely make you laugh too! The quirks and wittiness of some people are something not to miss out on! Don’t wait anymore and start reading up this article about some frustrating reasons why the English language is full of sh*t!

We assure you, you will relate to these as well!

1. Hmm, that’s a legit statement though!

But we can also drink food… Soups?!

2. How ironic is it that their meanings are so opposite to each other!

I put the laughter in manslaughter. Yikes!

5. Seriously, who knows what the other person is saying?

I mean, at this point, is it even worth it?

6. It is indeed, even Grammarly agrees! 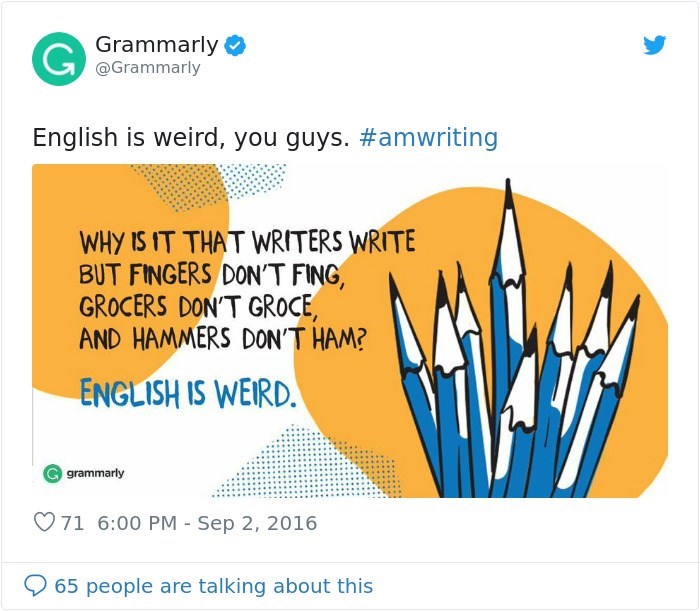 But that could also be a rap song.

7. Woah, I did not think of that before this!

Yous. There I just made it up. 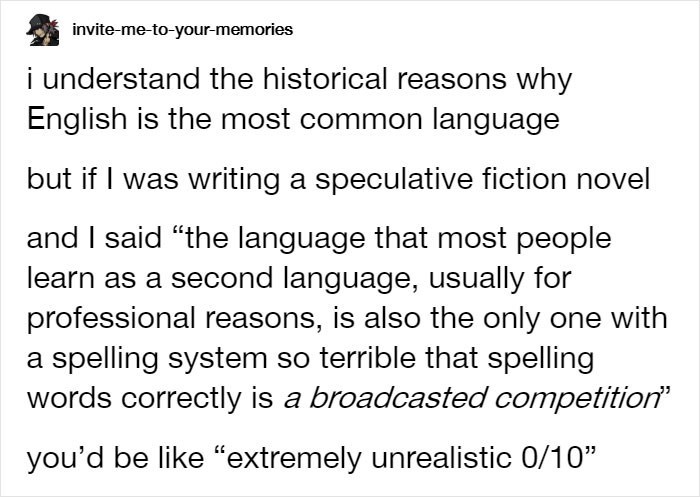 9. ‘Cause you know FULL and SOME have different meanings after all!

Full is better than some.

This one! I’ve been asking this for ages. Never got the answer.

Because they just are, okay?!

Alright, my brain definitely needs a break from all of this now.

16. Weird quirks of the English language!

Talk about being lazy. We couldn’t even say that right.

18. Yes, quite strange! I would totally agree with this!

It’s also quite amazing that we have the ability to distinguish between all of these.

19. Have I gone mad or does this actually make sense?

Are you frustrated yet? Either way, bet you surely are amused by now! Want to read up on some more of such examples? Well, you are just halfway through the article, so to read more fun or weird examples about the English language bewildering you, keep scrolling through the article and make sure to read it till the end!

22. And how they mean two different things…

But… it should be the same thing. Why is this happening?!

Make this stop, please. How do we take in all this information?!

24. Hmm, something to think about!

Just because they can. Now let them be.

26. The word ‘quite’ and its numerous other meanings! 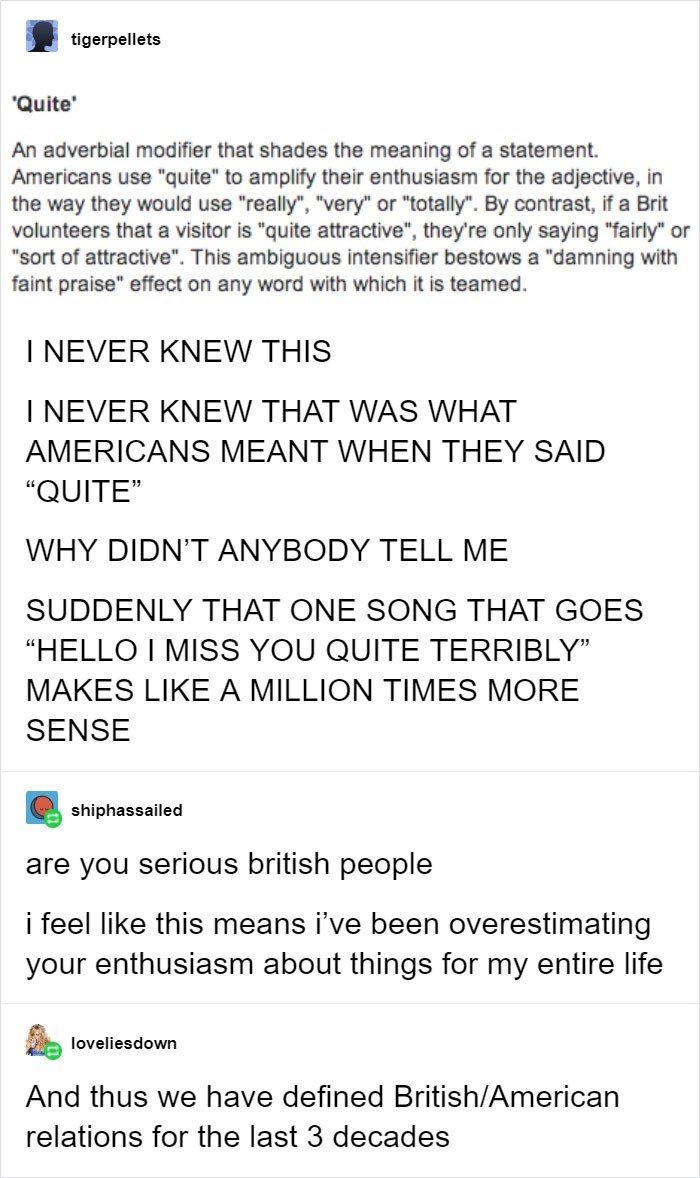 27. The poor teacher was just trying to have some fun! 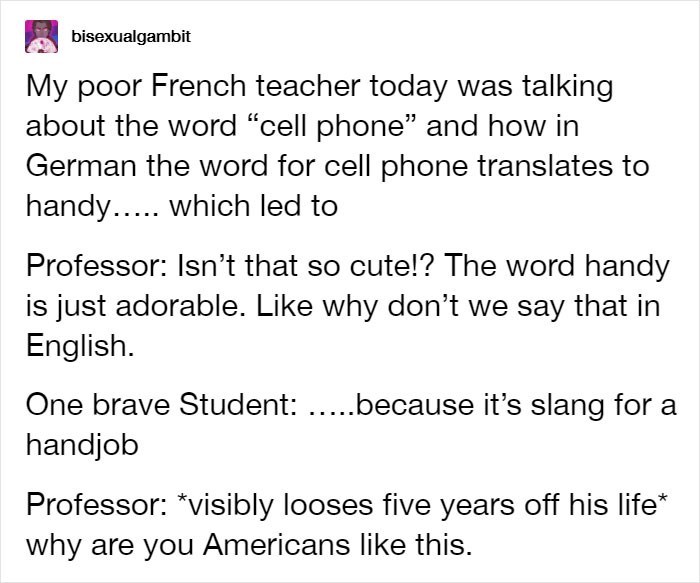 I will never look at the word handy the same way again.

28. Can you spot the difference?

I used to ask why we don’t have roman numbers on our keyboards. It was very dumb of me. 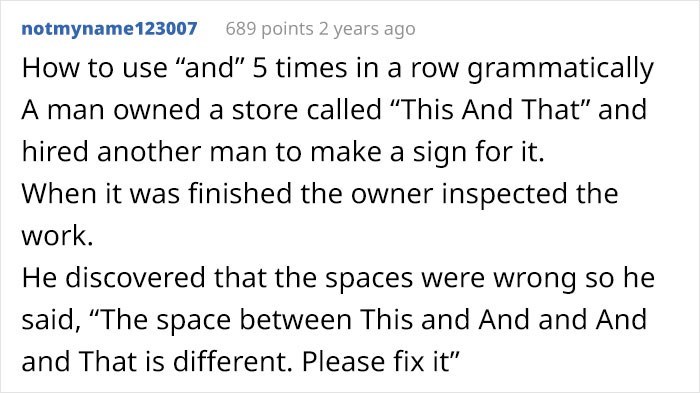 Why can’t we write vv then?

Why did they have to make it so difficult?

34.This language is really interesting at times too

Have you read that book by Wouldiwas Shookspeared? Yeah, he died so we should just use past tense for his name because some person from the internet put it in our heads. 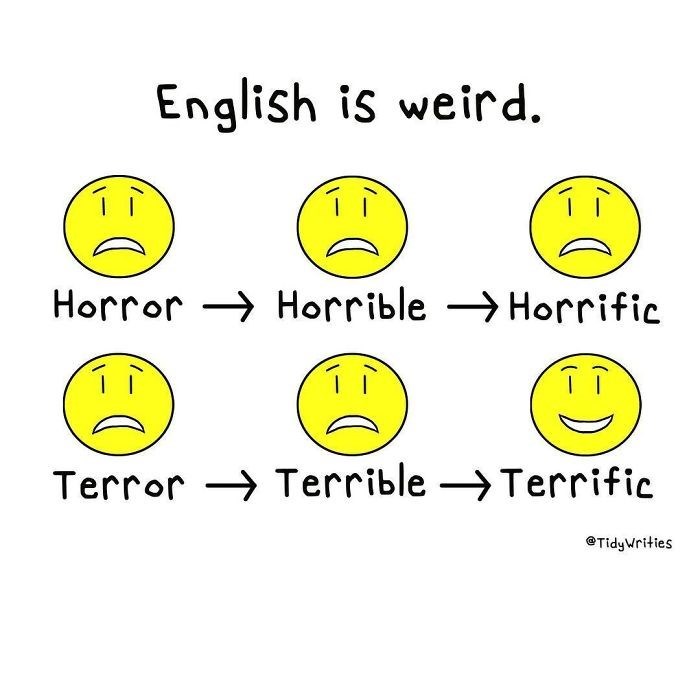 Am I terrified?! You bet.

37. Can’t really figure out what the person really means! 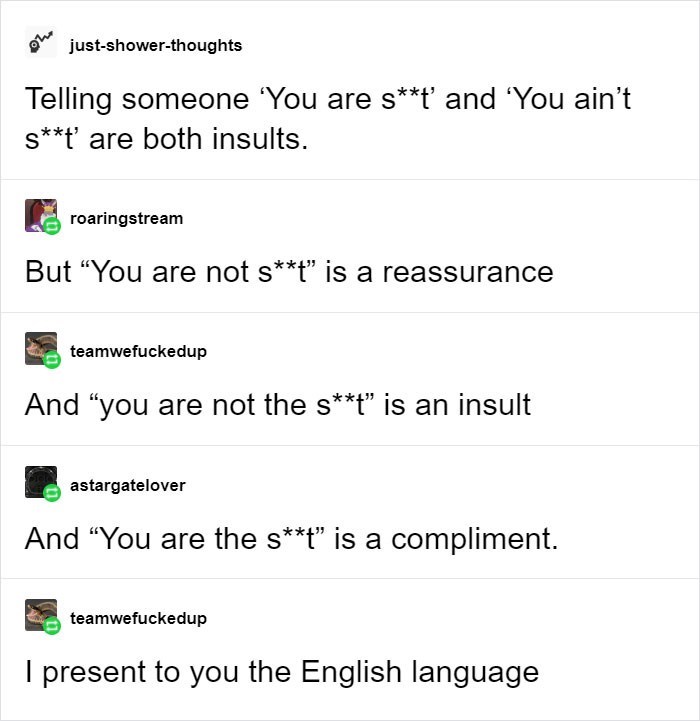 That’s a lot of sh*ts which I don’t give.

38. Ladies and gentlemen, here is the English language for you! 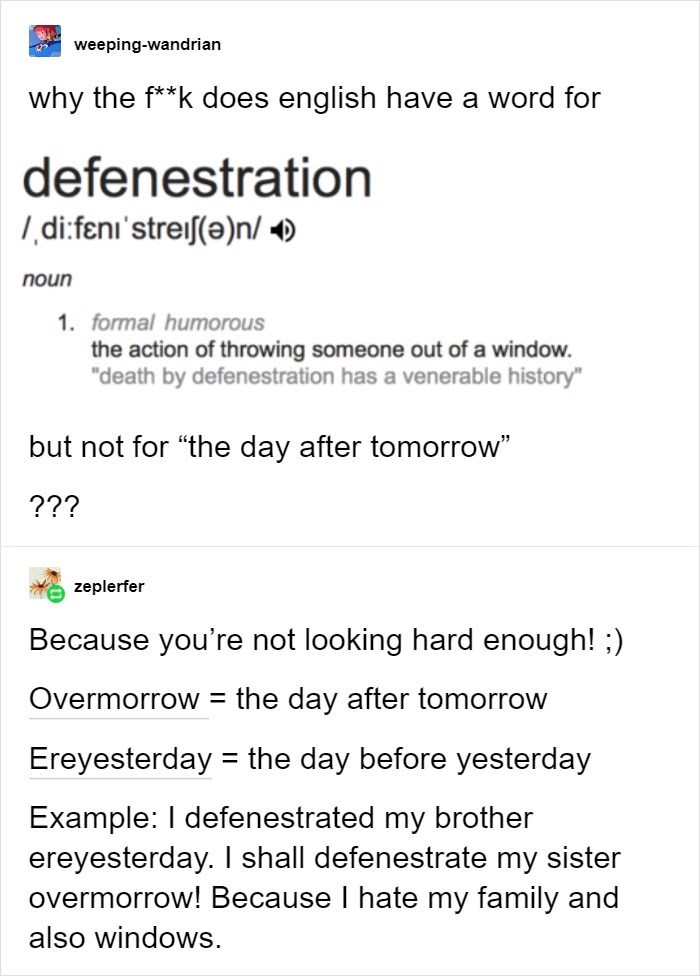 That’s just because of movies now.

And we have reached the end of the article. There are no bones about it, really, the English language is weird! We might be done relaying our anecdotes of the language being unpredictable and also confusing at times, but you are free to share your examples with us. Comment down below and write us any such reason that you may have in mind, we will be waiting for it!