Out of all the 7 billion people in the world, there are very few who understand and value the importance of gratitude. Most people don’t even know how to react to gratitude. All they ever care about is their own convenience and well being. Sometimes being selfish is a good thing, but when someone becomes selfish to the extend where they don’t see anyone else or the needs and problems of others become invisible, that becomes problematic.

Losing one’s job and having no place to live is devastating.These are the times when people become the most helpless. Even a dash of gratitude shown by someone makes people happy. Unfortunately, not all people understand the language of kindness. Letting someone live in your home and use your stuff is a huge thing. However, some people may lose everything they have but still be full of pride and arrogance. We read a Reddit post in the subreddit “Am I the a*shole” where a woman lets her brother and sister in law move in with her because the sister in law lost her job and home. Both the OP’s brother and sister in law started to complain about how small the living space is and the OP should either move her son into the spare room, she gave them or she should give up her own bedroom for them. Scroll down to read what happened.

Sister in law lost her job.

Brother and his wife can move in with OP.

Brother and his wife complain about the space.

That’s where the problems start. 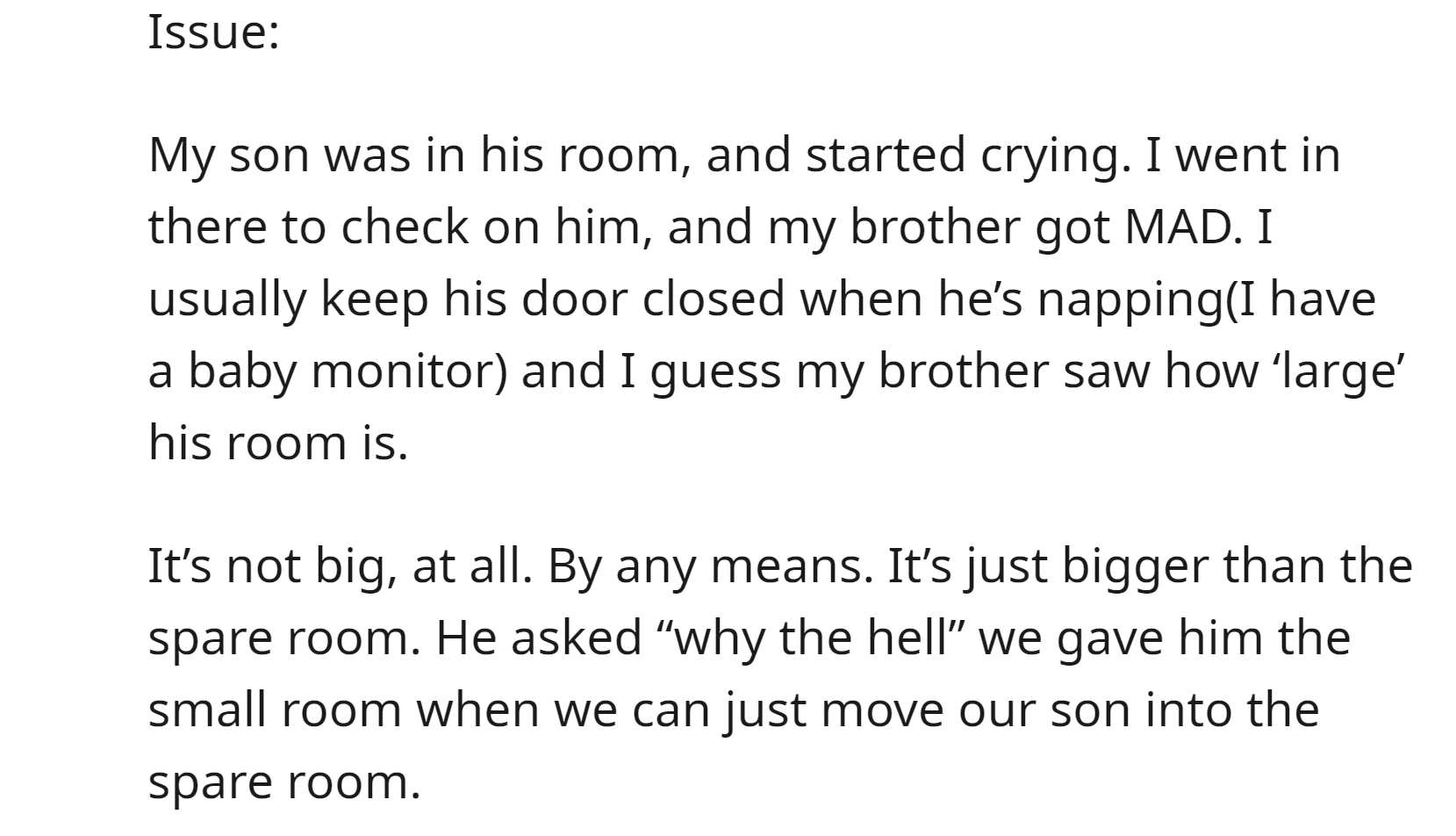 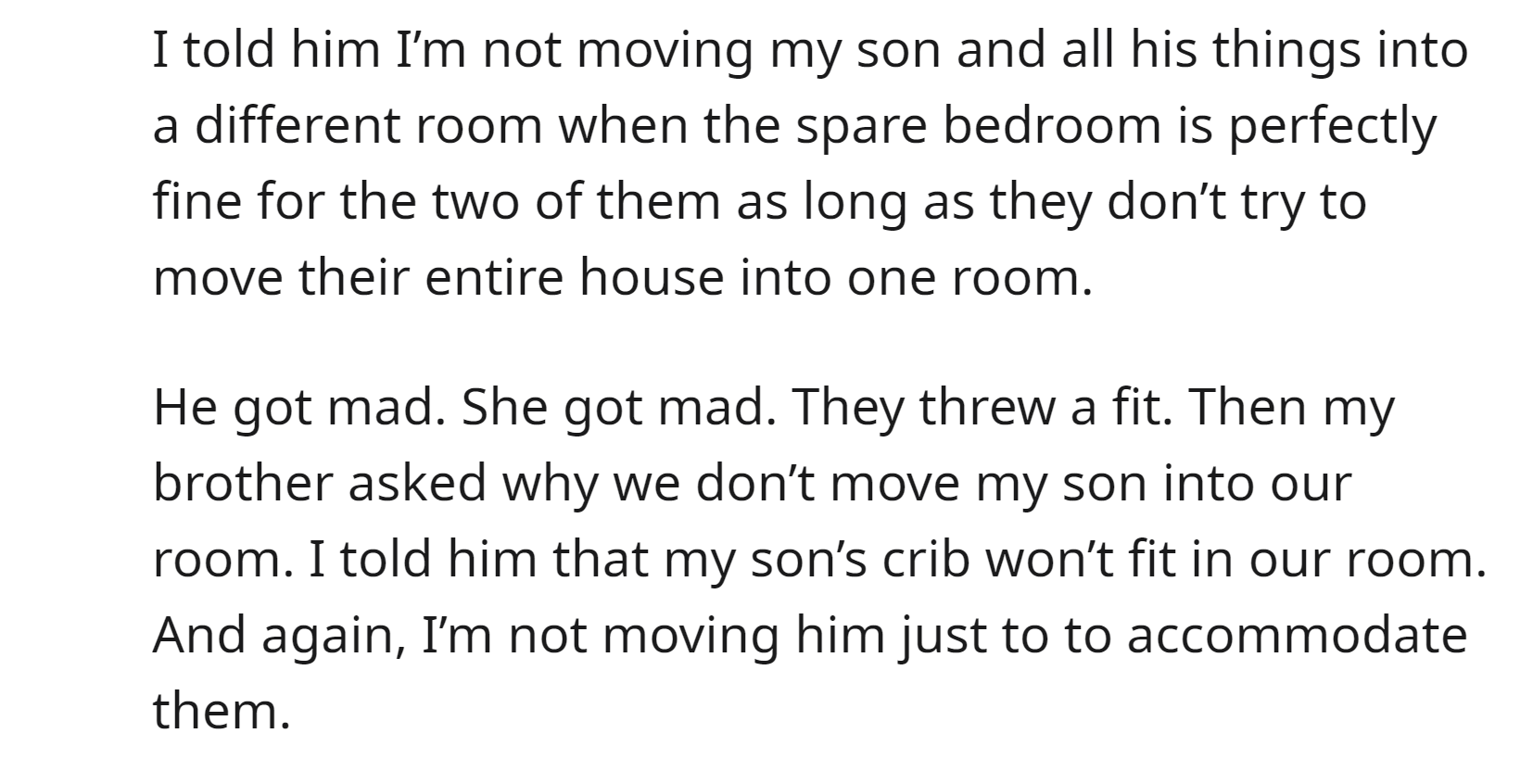 Things start to get ugly.

Now the sh*t hits the fan.

Get over yourself or get out of my house.

OP’s family sides with her brother.

OP and her boyfriend are making a big decision now. 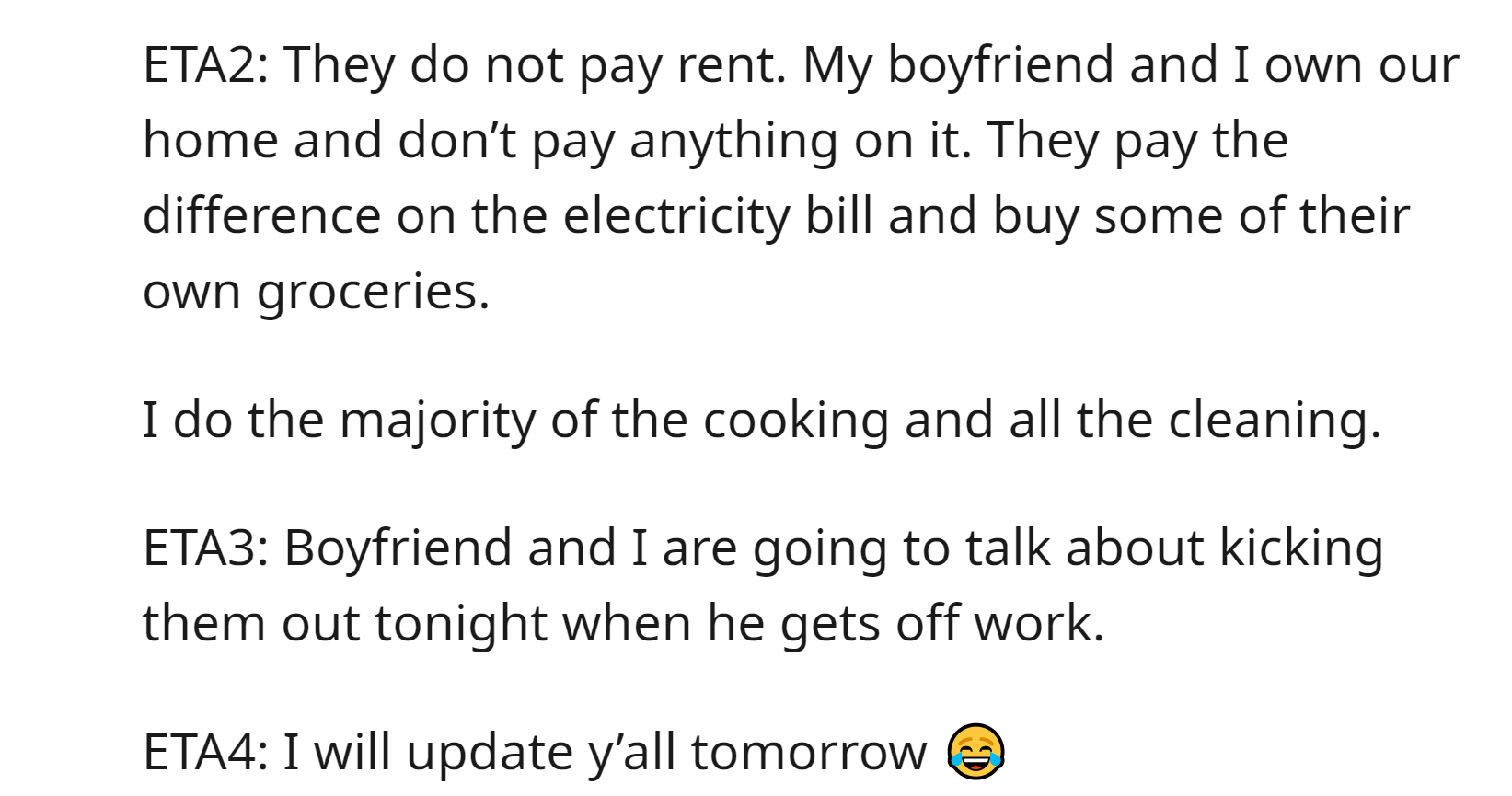 This is absurd. OP’s family members are definitely over reacting at this. Her brother has no right to ask the OP to move any room just to accommodate them, as she and her boyfriend are already doing a a lot to accommodate them. They have opened their doors for them in these difficult times. Not only this, they are tolerating all the complaining and nagging about the room not being big enough to fit in all their stuff. Anyone with a sane mind and a little common sense can tell that it is not the OP’s fault that the room is not big enough, in fact, it’s OP’s gratitude that she helped her brother and his wife when they literally had no other place to live. It’s funny how OP’s brother and his wife are so impatient that they can’t even compromise with a rather smaller living space for a few days. Their behavior and lack of patience not only made them appear ugly, but also ruined a perfectly good sibling relationship. When we are talking about Reddit posts, we can never ignore the Redditors and their views about the topic in discussion. Scroll down to read what they had to say about it.

Throw them out right now. 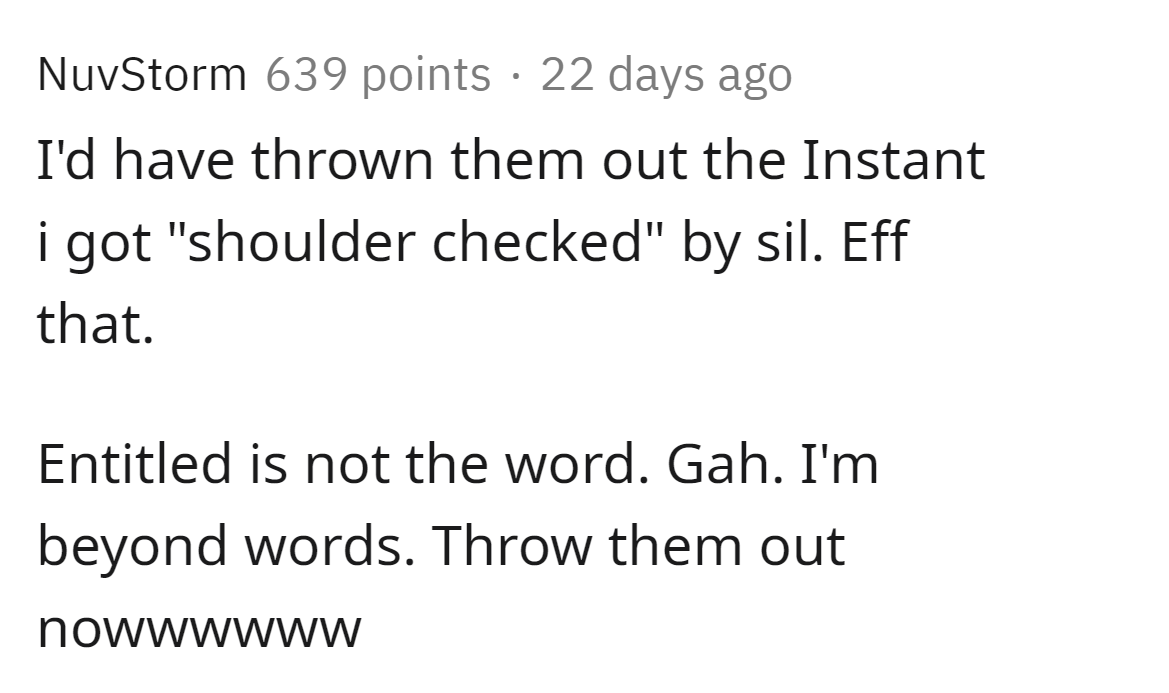 Calling a little baby names is beyond ridiculous. 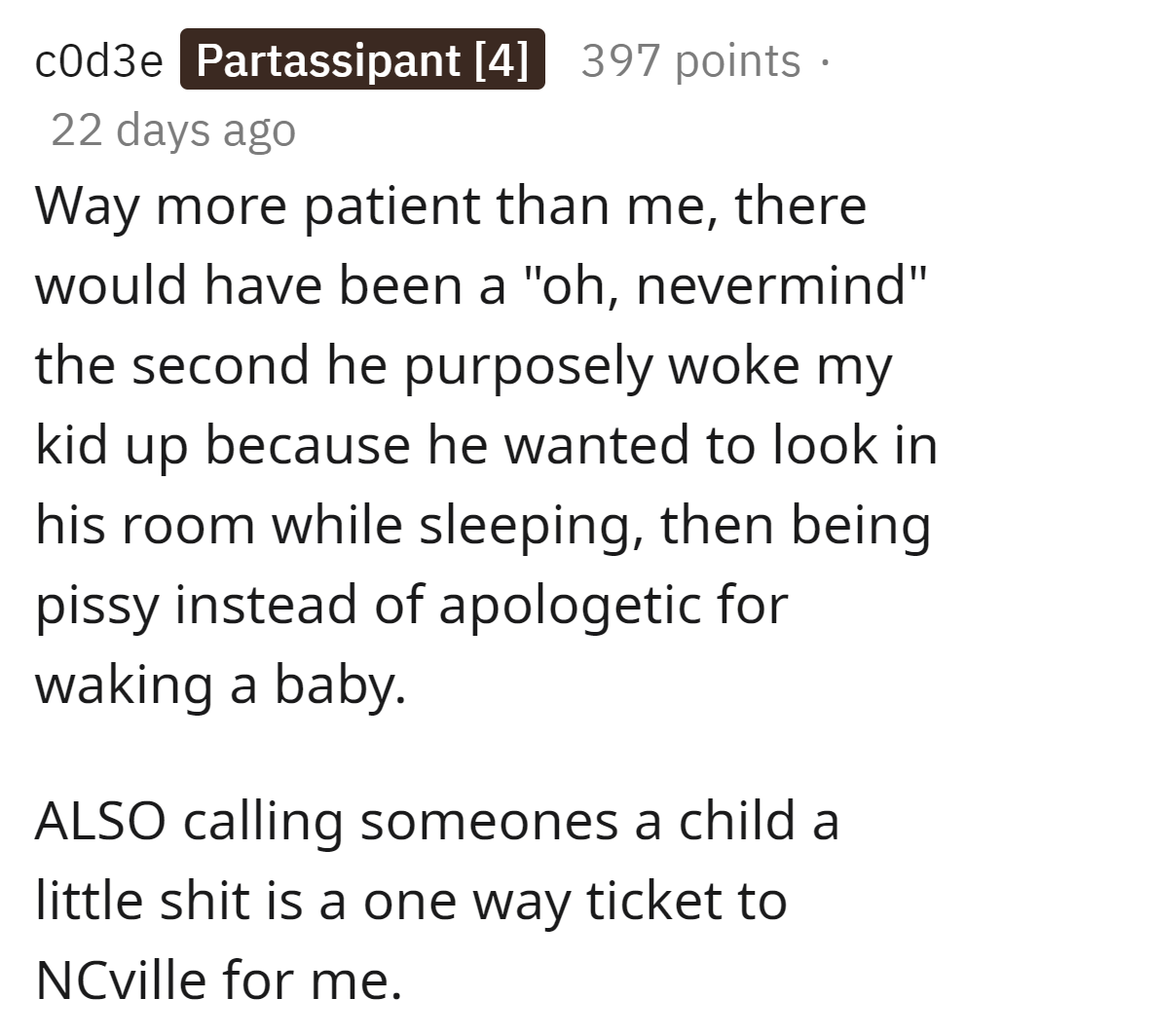 Don’t know what the OP’s brother was expecting OP to do? Move out of her own home or something? 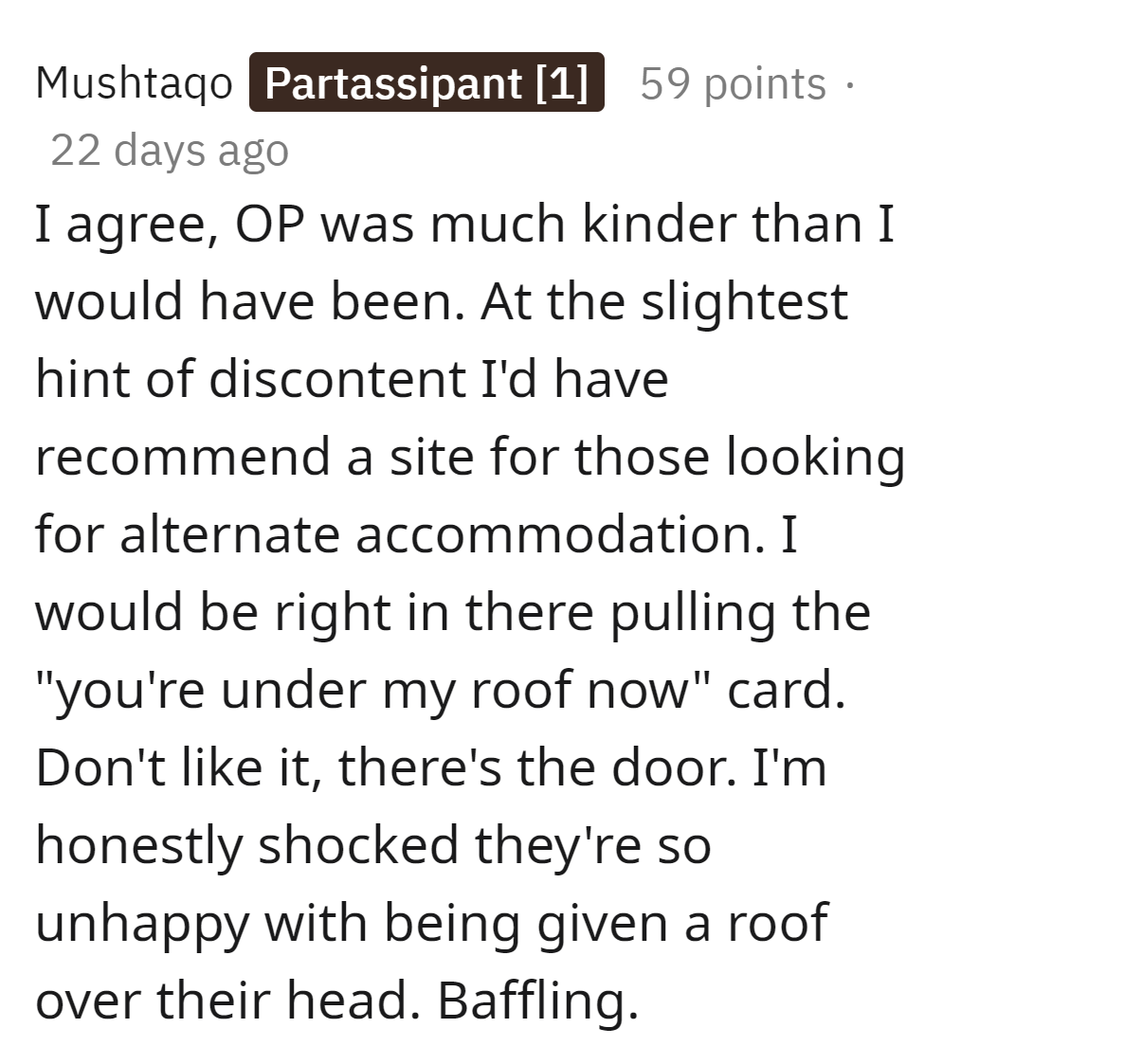 The OP has been very patient.

Some people have haystack for a brain and OP’s brother and wife are one of those people. Such people deserve to be kicked out the instant they start showing their true colors. When someone is destroyer your mental peace and making it hard to live in your own house, they don’t stand a chance in our life. We think the OP has made a great decision of kicking them out after all that they’ve done. What do you guys think? Let us know in the comments below.