Stealing someone’s work is wrong on so many levels.

I mean you don’t know hard they have worked on that particular piece whether it be art, writing, or even a performance. And honestly, this happens so often that the original creators get no recognition while these stealers get thousands of followers for posing it as their own work. And you might think nobody would be dumb enough to ask to plagiarize your work but that is where you’d be wrong.

I’ve personally been at the end of this sort of conversation and it is just as bad as it sounds. They will actively ask to steal your work while also insulting your work ethic and how you’ll never amount to anything. See how stupid that sounds? Well, nobody ever credited choosing beggars to use any sort of logic when they speak.

You can read the whole conversation below.

Most family members will actively pay for your work because they want to support you. 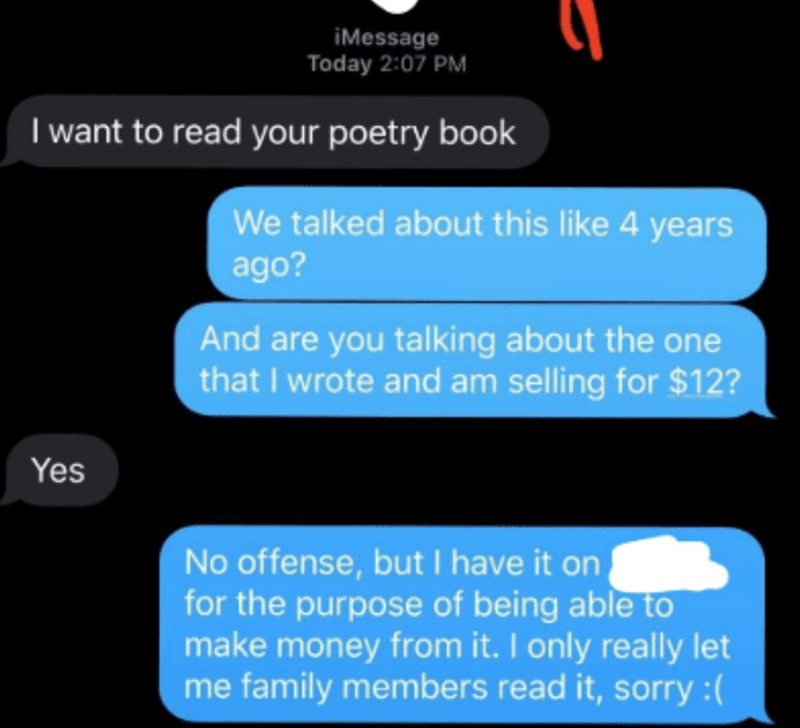 She needs a basic lesson in English first and foremost. 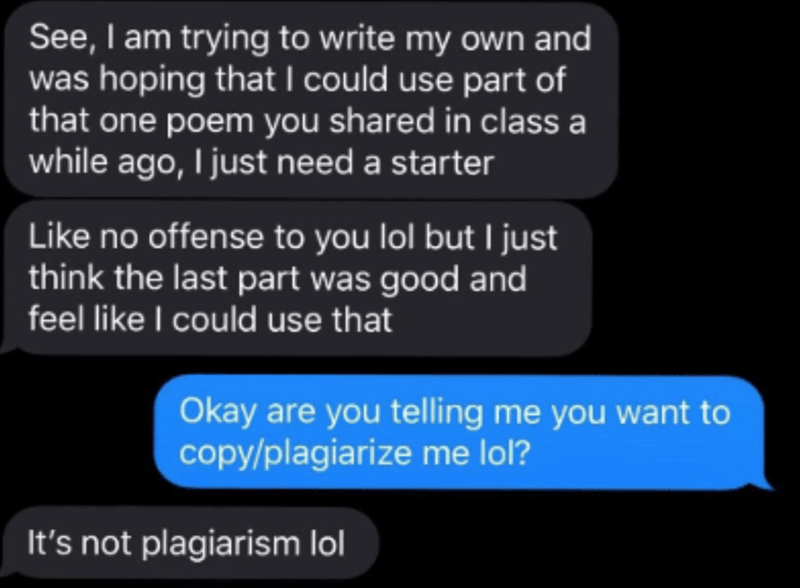 I don’t think she fully understands what plagiarism even means. 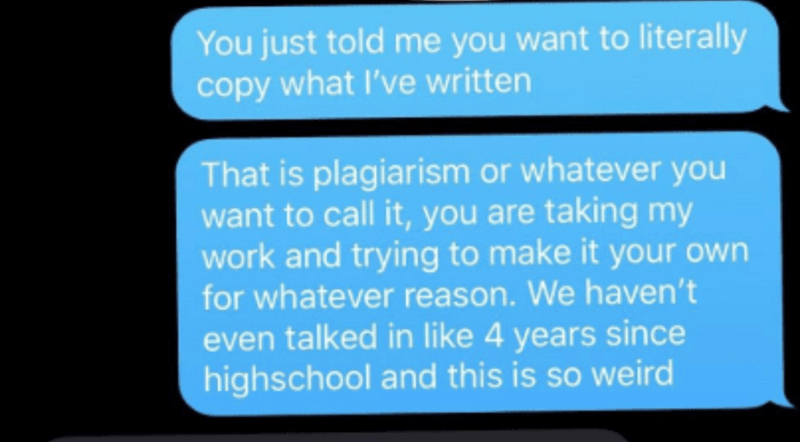 Taking an idea and making it your own is different than straight-up copying someone’s work. 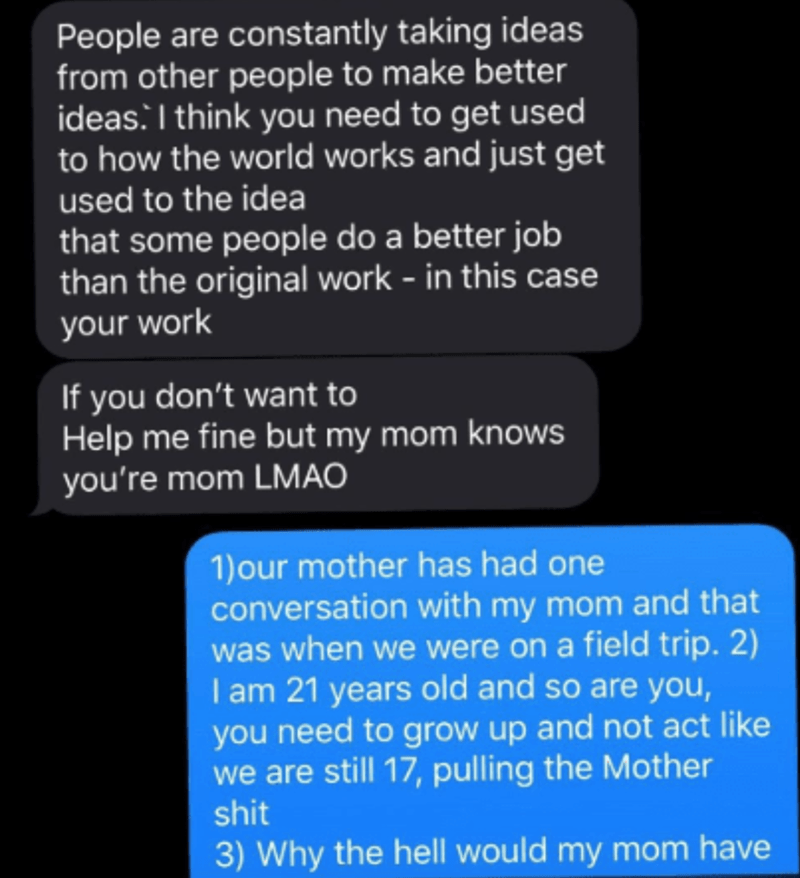 If she hadn’t mentioned her age, I thought she was a bratty child to mention the mom thing. 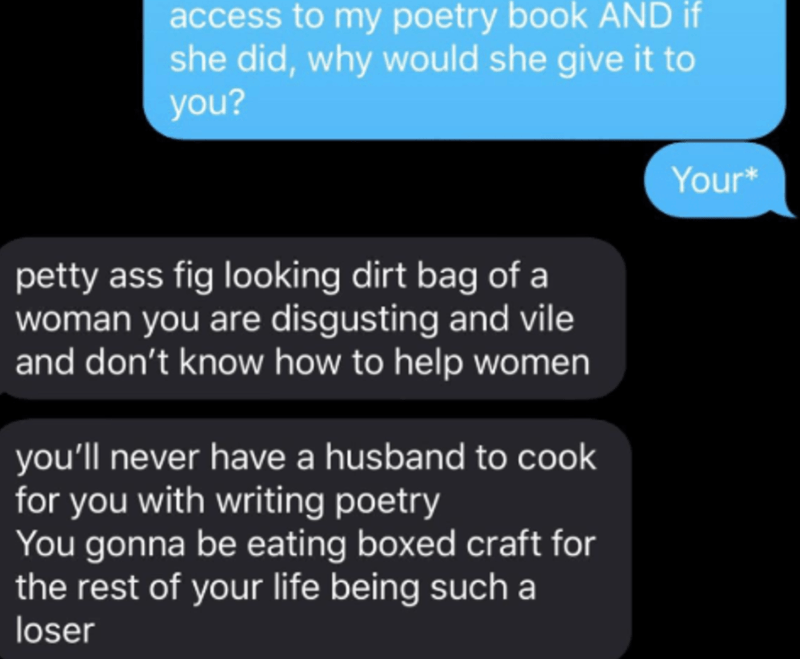 Okay, I have to say that is a pretty unique insult. 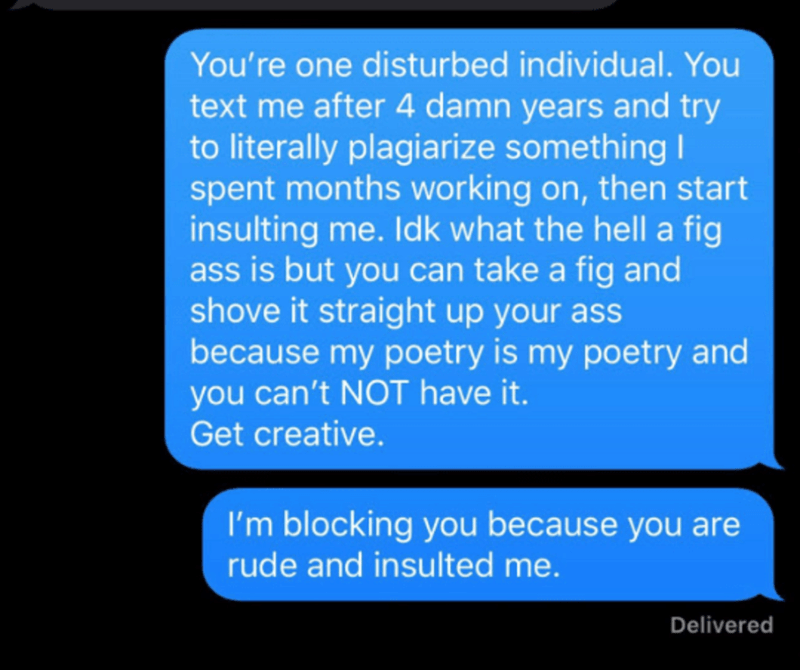 I think everyone who likes pineapple on their pizza felt that. 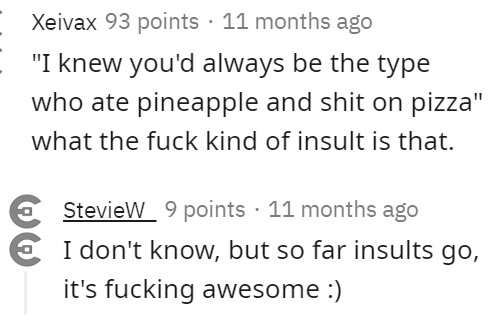 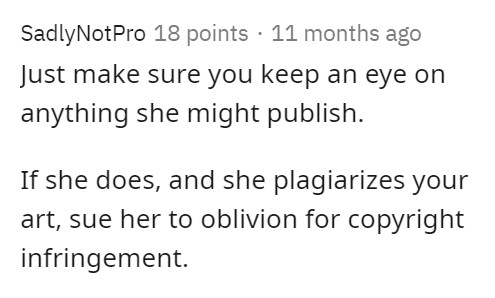 My friend stole a piece of creative work from me and when I asked her for credit and to just ask me next time she wants to use it she replied that it wasn’t creative enough to credit because anyone could do it. Well sure, but you didn’t come up with it? You took it from me.

I dumped her a friend because this drew the line and she’s acting as she dumped me and I’m so toxic. She would tell boys I was gay and in a relationship with her to “protect me”, when she didn’t get her way she’d dump me and would gaslight me when I brought up problems I was having with our friendship. Just stealing my work was the final straw.

Unfortunately, it just makes me worried about sharing my work online with people, if my best friend could steal my work and feel fine with it then how can I expect others not to?

After all, anything is creative fuel for a writer’s next adventure. 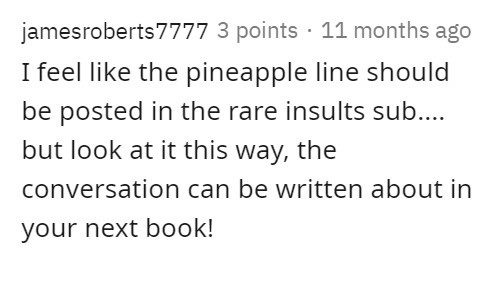 As I mentioned before, she probably doesn’t understand what plagiarism means. 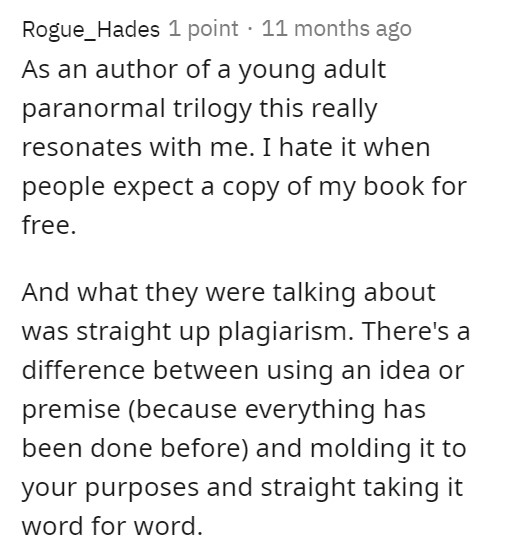 Have you ever had to deal with people stealing your work? Comment down below and let us know.