Why do so many people feel like the world owes them something? It is a lot like a spoiled child’s situation. You fulfil your child’s every demand, and he thinks he can have everything in the world. He grows up feeling like the world owes him and that he owns the world too. These kinds of kids grow up to be the type of people who complain about the friend zone. A lot of people can’t seem to grasp the concept of rejection or boundaries. Just because you have feelings for someone doesn’t mean they are obliged to feel the same. People have the choice of rejecting you and you should respect their decision.

If getting in a girl’s pants is the only reason you’re speaking to her, you don’t deserve to be called a friend either. Grow up. On the Internet, if you whine about being in the friend zone, you’re going to get roasted pretty bad. Scroll down below to see men getting roasted for complaining about the friend zone:

2. The females are catching up.

3. This is actually pretty accurate. 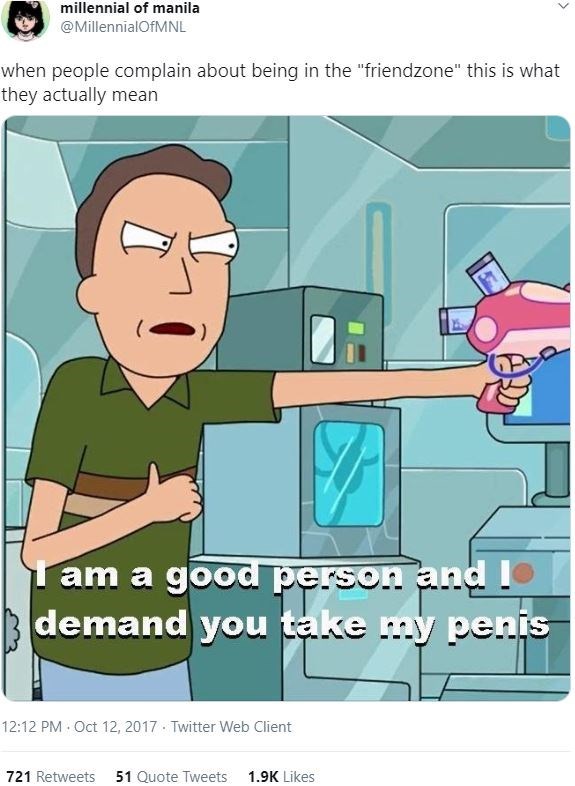 4. Be careful of who you consider a “friend.”

5. Learn to stay in your limit.

6. Pretty bold of you to assume we want to be your friend.

7. Mastering the art of sarcasm.

If a woman tells you “no,” back off and give her some space. She is not your property and owes you nothing. People who act entitled to everything are going to get crushed when they enter the real world. Sorry guys, but it is what it is. “Nice guys” are everywhere, and they just can’t stop talking about how “nice” they are. Scroll down below for more roasts:

8. They just can’t handle the reality of getting rejected. 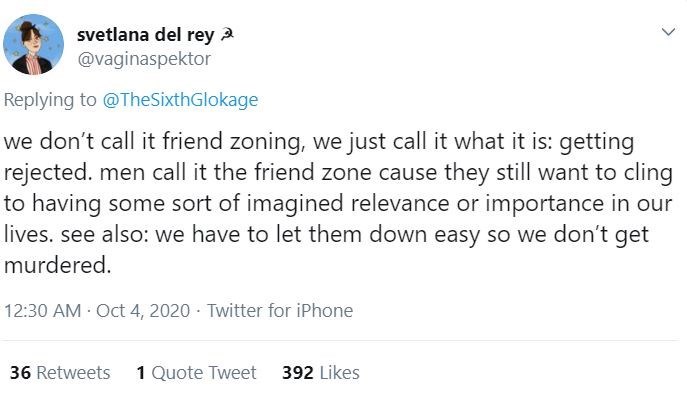 9. Let’s look at this from a different perspective.

10. I’ve never seen a woman complain about that.

11. Your existence is embarrassing. 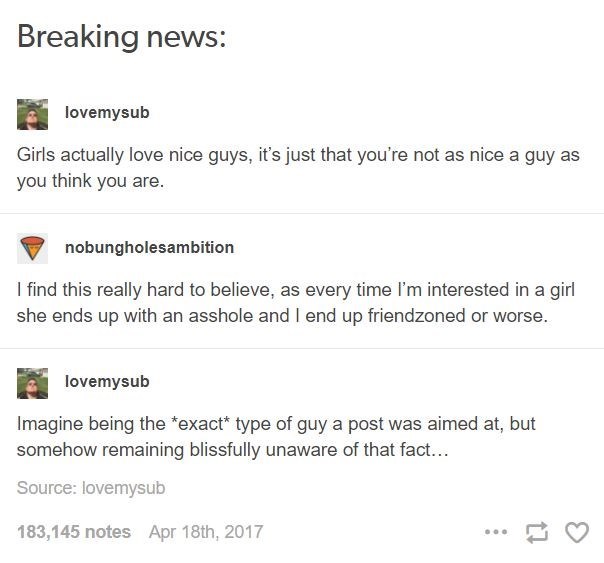 13. These are the guys who’s messages we just read from the notification bar. 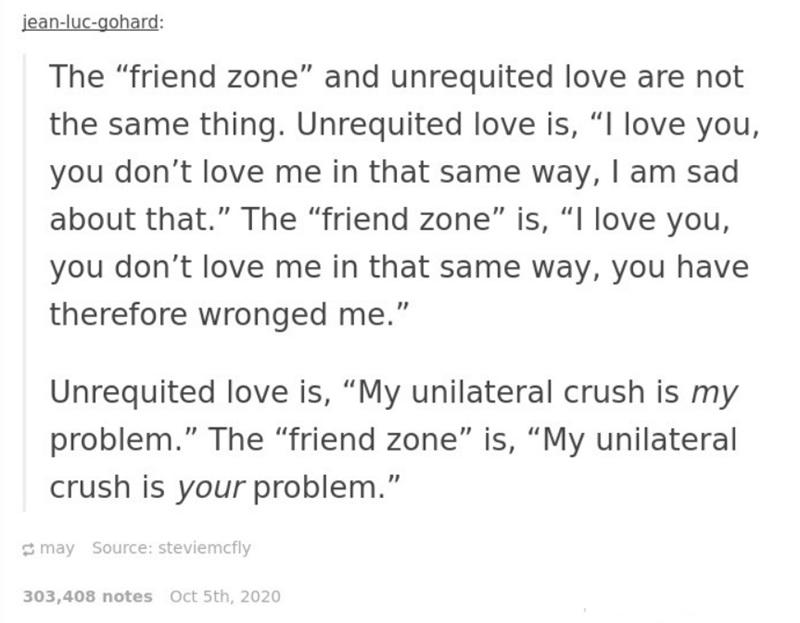 You’re never ‘stuck in the friend zone’, if you value having women as friends. pic.twitter.com/nOpvKMhgxb

What are your thoughts on the friend zone? Share your opinion with us in the comments below!