After receiving numerous “No” responses from this woman in a message from an insane Karen seeking to acquire her service dog, the latter went into Super Saiyan Karen mode. Screenshots of the conversation were uploaded to Reddit, where they have circulated in the appropriate subreddits.
This discussion was posted on the r/entitledb*tch subreddit of Reddit, which covers a well-known topic. Users frequently submit discussions like this one or text-based stories to the sub in order to vent a little or expose entitled Karens. Although Redditor u/Roxythedog69 uploaded this topic, it’s safe to assume that it wasn’t entirely original given the condition of the screenshots. We’d assume that these screenshots have been circulated quite a bit.

In the comments, many expressed their horror and amazement.

“Holy Jesus,” said bellYATTA. “IF someone wanted my fur baby with an attitude like that, I would go straight play boss music on them. What the hell?!” “I’d report her account and then post the screenshots on her page if it’s public,” another user, HinaLuvLuvChan, stated. Continue reading for screenshots and some reactions. People are a little blurry. I apologize for it.

1. This is how the story started, when a Karen asked to buy a spet dog as a serve dog forcefully 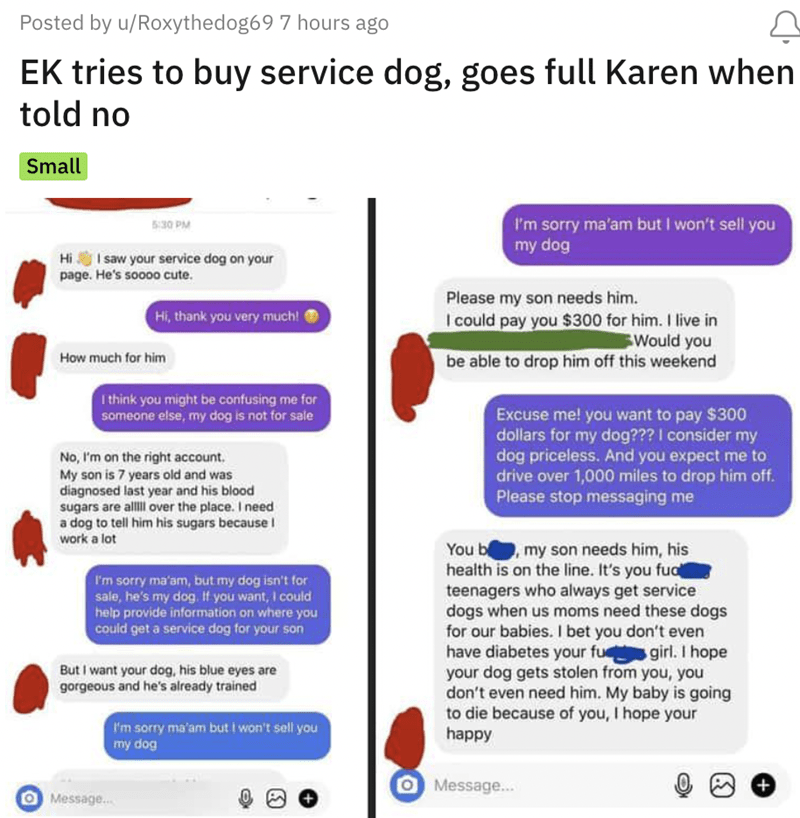 2. If your son has a medical problem, you cannot go about buying someone else’s dog 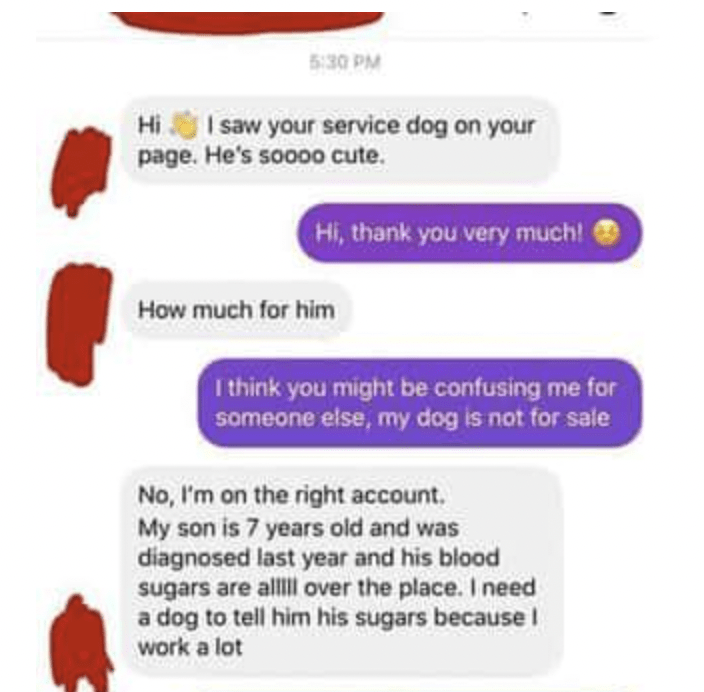 3. OP kept apologizing but she did not understand 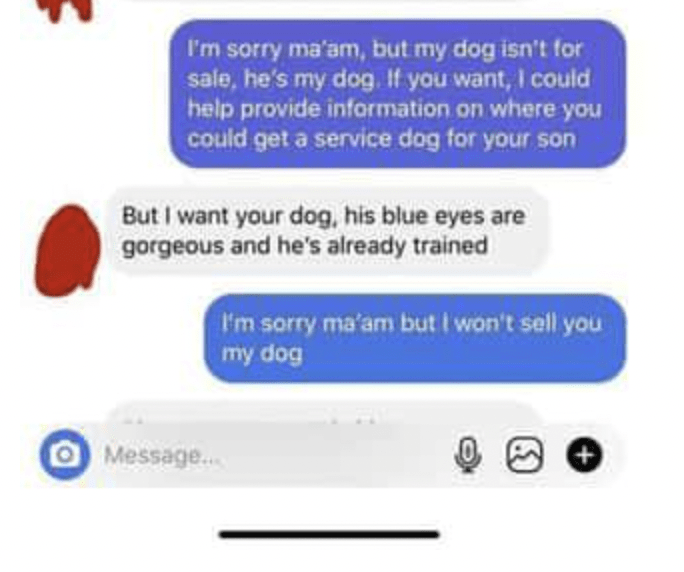 4. Karen even priced OP’s pet and dared to ask OP to drop the dog off by driving extra miles 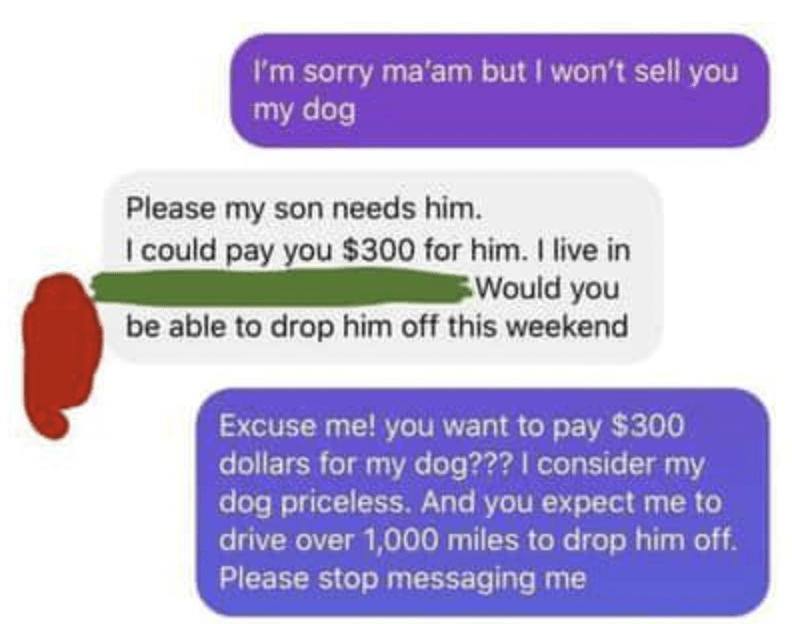 5. You would not believe this but this Karen went on cursing OP, saying his son ill die because of her 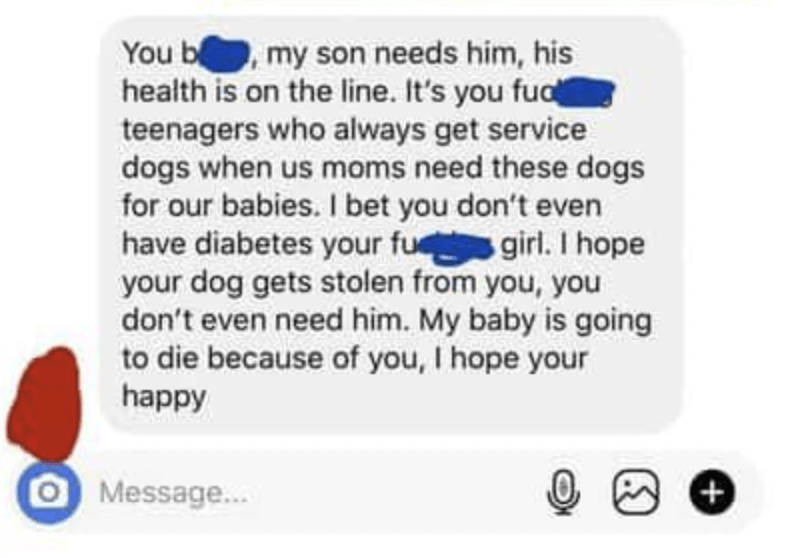 Advertisement
Via u/Roxythedog69
Now we have the comments of Redditors and their take on it. Let’s see what they got to say.

6. Literally, what the hell?

8. But this actually happened lol

9. That’s a nice suggestion by the way

Advertisement
Via u/Roxythedog69
I can’t believe how can people feel entitled enough to demand such great things from strangers. And then when they decently refuse, they have the audacity to curse them and put big allegations against them. This went really went too far. SNow its time for feedback. Do share your thoughts on this one.