As you may be aware, the famous “Darwin Award” is given to those who have made the most irrational and irresponsible decision to exclude themselves from humanity’s evolutionary chain. It is entirely likely that an award for the most idiotic excuse to end a relationship should be established, and the heroine of today’s story will undoubtedly be among the nominees.

Have you ever broken up with a significant other because of a pastry you ate? And how about if you ate a bunch of this pastry? What if it was due to be delivered the following morning to a customer who had already paid approximately $1,000 for an order? As you can see, the explanation grows more important with each subsequent circumstance.

This story was first shared on Reddit’s TIFU community, where it received 49.3K upvotes and 5.2K comments. Keep on scrolling down below and see for yourself what happened here, and make sure you watch it till the end.

1. The Original Poster is a baker who lives with his girlfriend. 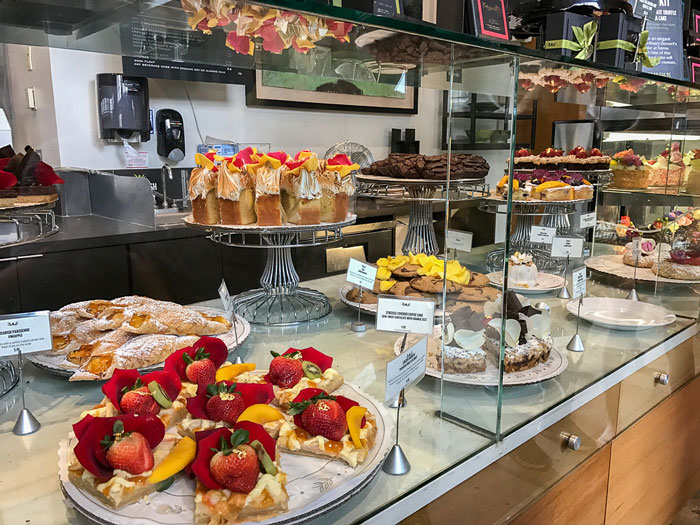 OP works at his family bakery, which is very close to his house, where he also lives with his girlfriend. She recently told him she was pregnant, which surprised him because they always used condoms and birth control. However, this was not the reason for the end of the relationship. 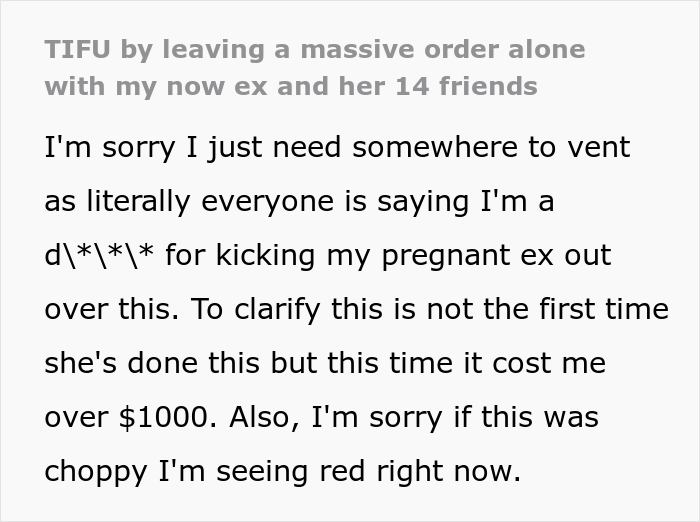 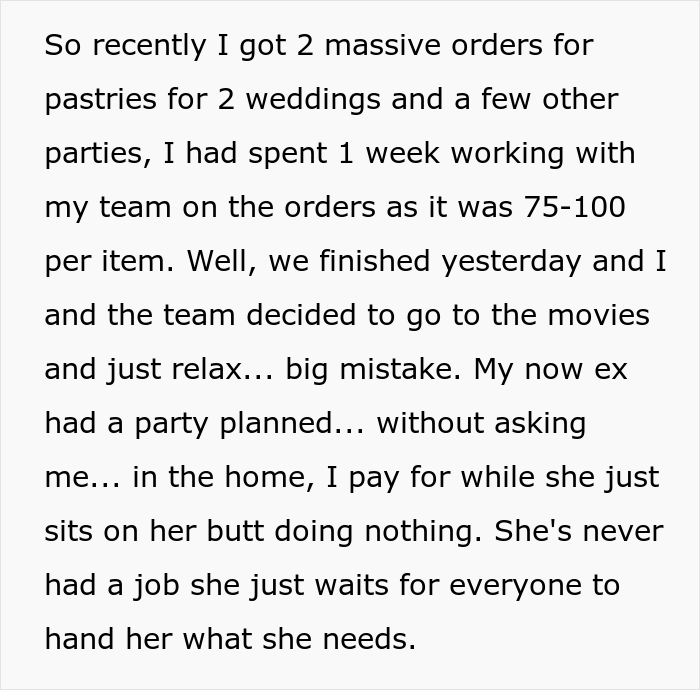 The woman informed him about a month ago that she is pregnant.
As the OP admits, he used to be quite irritated that his girlfriend usually does nothing while he pays for the house and so on, but the pregnancy provided her with an excellent excuse. The incident with the pastry, on the other hand, was the final straw for the baker…

4. Using pregnancy as an excuse is not justifiable 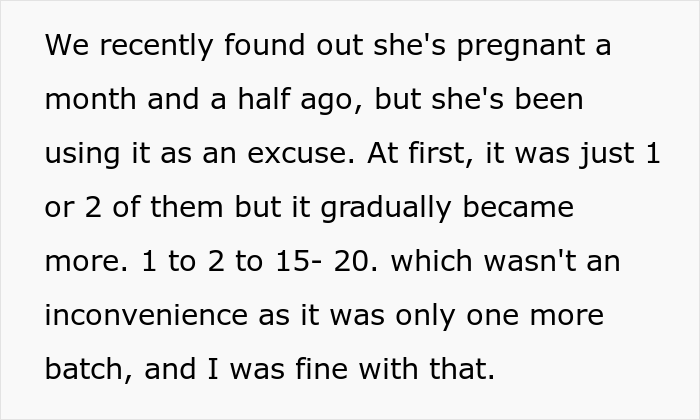 5. Till now, OP is on his right, she shouldn’t have done what she did. 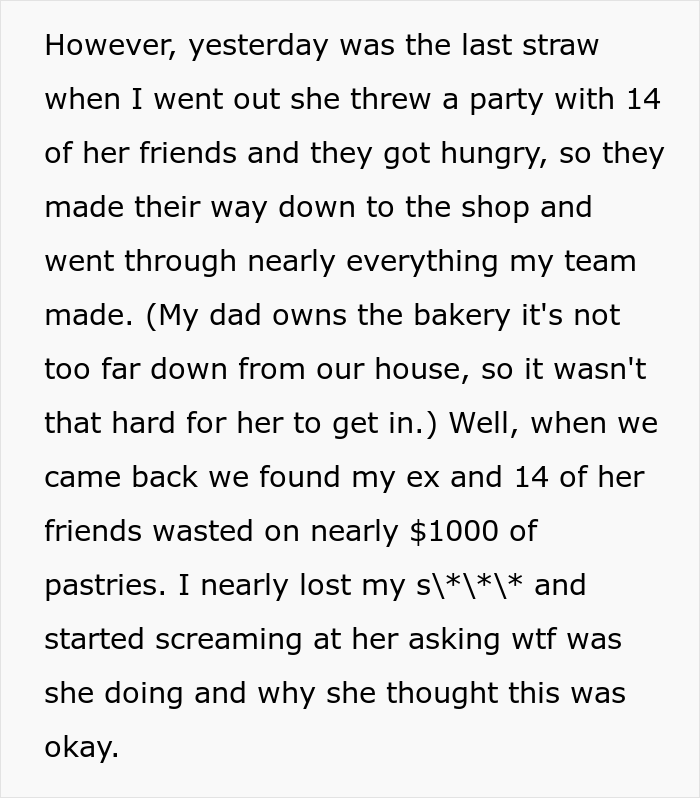 6. Her friends also had cravings, for god sake they could have gone anywhere but the bakery, and as his girlfriend, she should have understood him better. 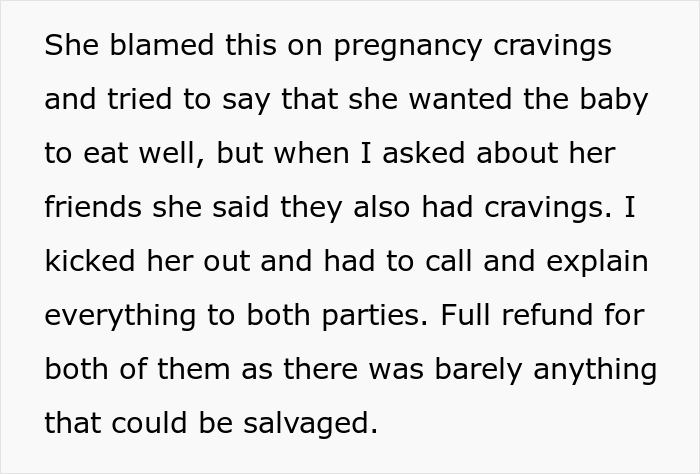 When the OP entered the bakery, he discovered that his GF and her 14 friends had eaten up almost everything.
Later that day, it was revealed that his GF had a party with 14 of her friends. She offered to go to the bakery and get something for everyone when they were hungry. As a result, when the OP arrived to check on the orders, he was shocked to see a large group of people there, and both orders had been almost completely consumed.

8. She’s been playing with him bad 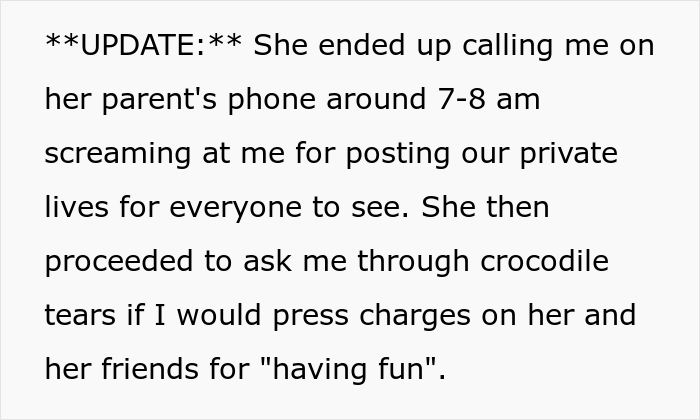 9. She got what she deserved 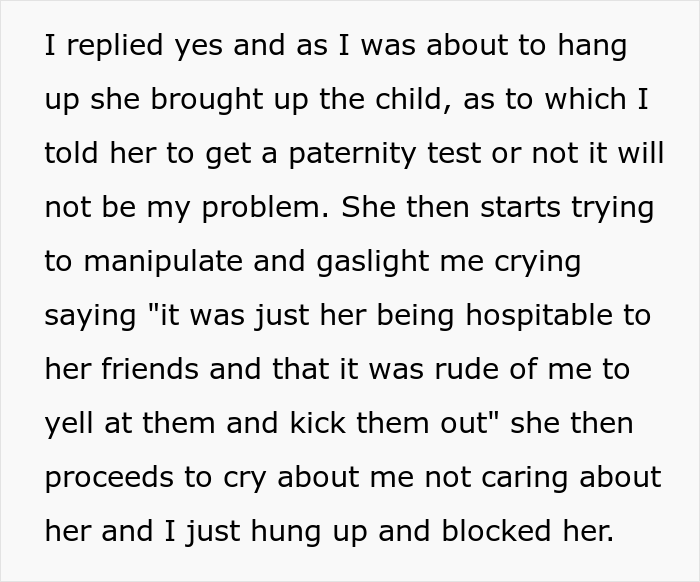 Of course, the OP was enraged, and his GF claimed that these were just pregnancy cravings. When the man reasonably inquired whether the rest of her girlfriends also had cravings, he received no response. As a result, the OP evicted everyone from the bakery and was forced to refund the customers’ money. OP did what he had to do and it was totally appropriate for OP to inhibit this attitude because he had received an order worth 1000$ and they just consumed it all. Although OP’s girlfriend should have understood him and been his support but she decided to pull this stunt. 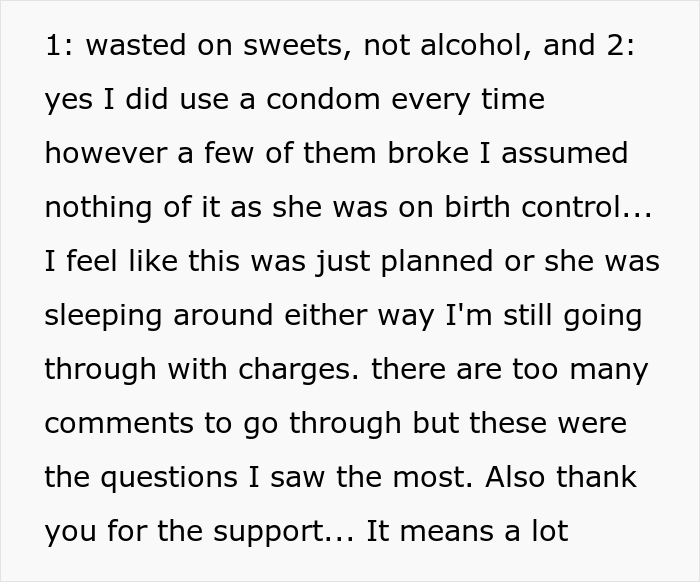 Later the OP discovered that the woman lied to him about her pregnancy because she was afraid he would abandon her.
The OP couldn’t take it any longer and called the cops. When the OP threatened the woman with a paternity test later in the conversation, she admitted that she was not pregnant at all and made it up simply because she was afraid he would leave her otherwise. It’s such a weird excuse to let someone be stuck with you ignoring the fact that what you did to him was totally wrong.

In general, everything ended in a breakup, and our hero was planning to sue the unlucky pastry lover and all 14 of her 14 friends for $1000 in damages. No one, however, will compensate the OP for goodwill with clients who lost their long-ordered sweets on their wedding day…

Let’s see what commentators have to say about this

13. All of these pastry lovers deserve to 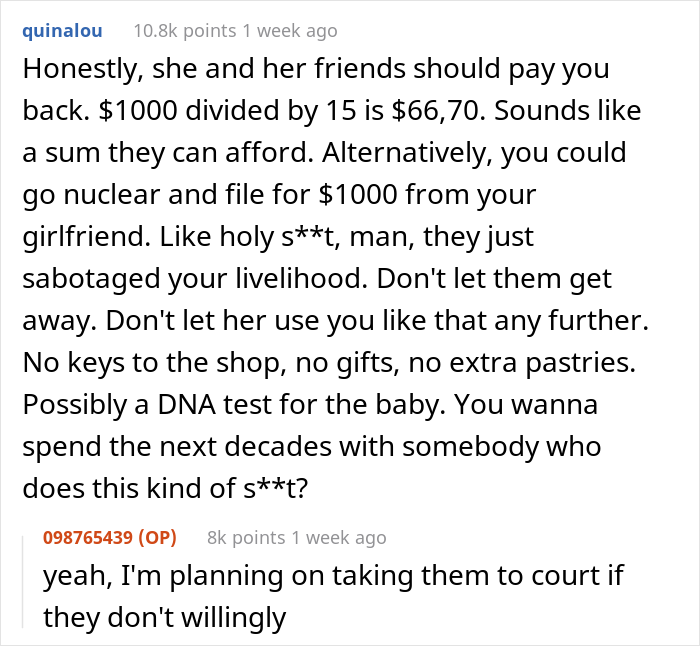 15. See everyone is on OP’s side because he is right

16. She wasn’t pregnant first of all 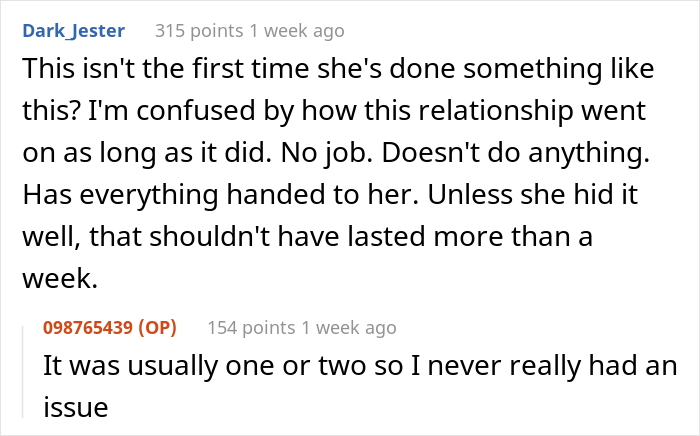 18. Commentators have a sick sense of humor

19. Exactly, that’s what came into my mind as well

Some people also suggested that the OP should not have given his GF the keys to the bakery. If she took one or two cookies from his orders more than once, something like this was bound to happen sooner or later. In any case, everyone is happy for the OP because he came to the correct conclusions for himself.

20. We are waiting for another update

21. All the strength to you OP

23. She did this because she wanted that OP should not leave her, it was just an excuse for her to stay with him. 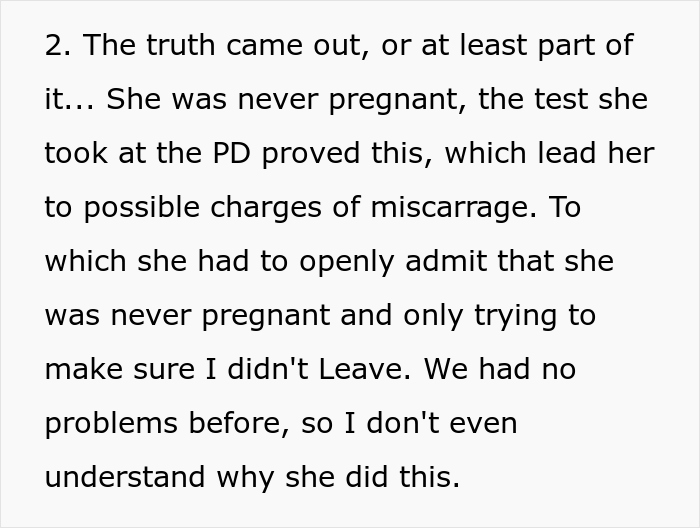