You can’t expect things from your children.

While I am not saying expecting your child to be a decent human being is wrong, expecting something in return for your ‘love’ definitely is. However, sadly we rarely if ever see parents who are actually like this. And the brunt of this is felt by the eldest sibling. Parents just expect the eldest sibling to sacrifice their own life just so they can take care of their little brother and sisters.

I understand that being a parent is hard but if you can’t take care of many kids, why did you go ahead with it in the first place? It isn’t the eldest siblings’ responsibility to take care of their younger ones. Don’t parent basically use their power to force their oldest daughter or son to do this? Well, it doesn’t end well for either the parents or the kid in most cases.

Yes, He does pay her but you’ll soon see why this is still a problem. 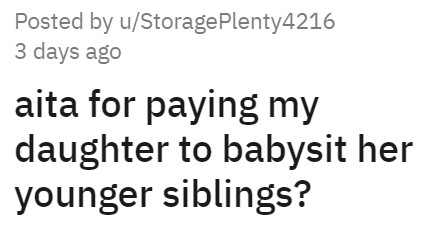 I can understand where his sister is coming from, that is never easy when you are basically a child yourself. 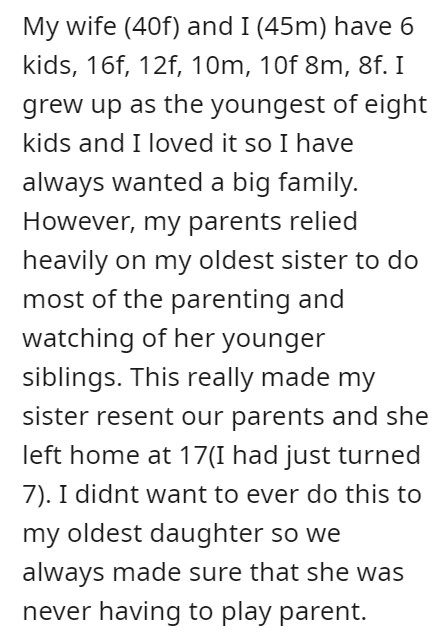 And to be honest, five dollars isn’t much either considering she takes care of 5 children. 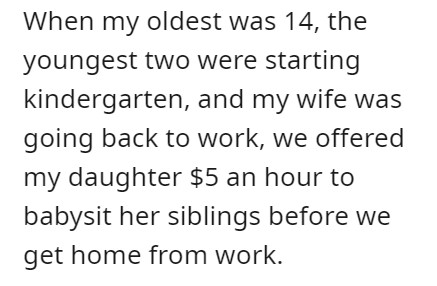 It might not be exactly the same but we need more information here. 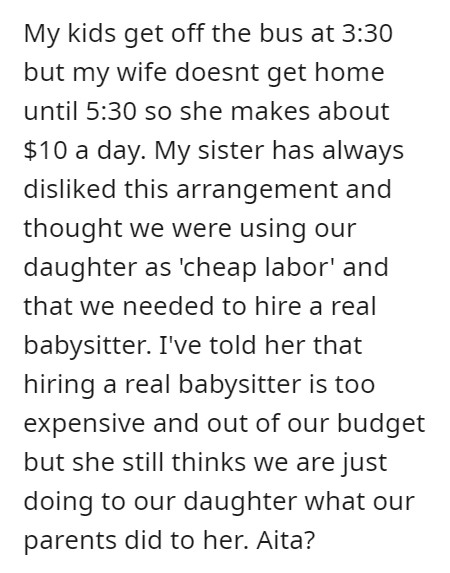 I can understand not being able to afford daycare but why did they have that many kids then? 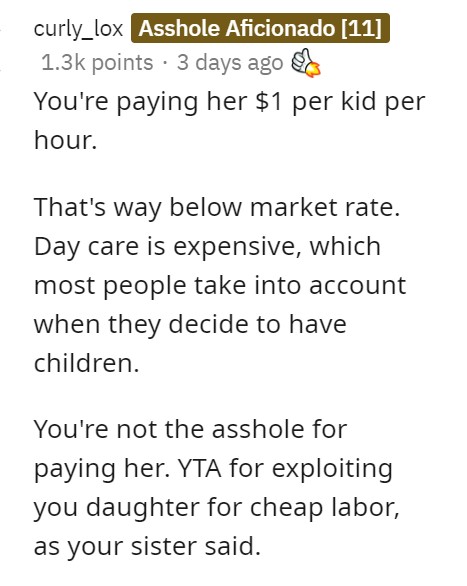 That isn’t wrong either however we don’t know if she has a choice in the matter. 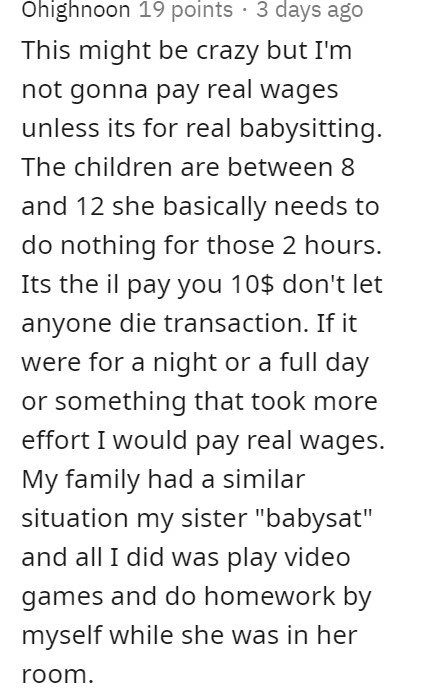 I would definitely agree with the latter part of this comment. 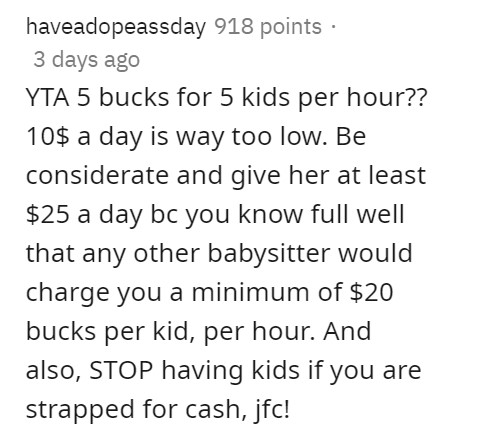 This isn’t occasional babysitting this is using your daughter as childcare. So yes you are doing what your parents did to your older sister. You wanted a lot of kids without thinking about how to support them. –Nolikesme

But we are not aware if she even wants to do it and wouldn’t rather go out to meet her friends. 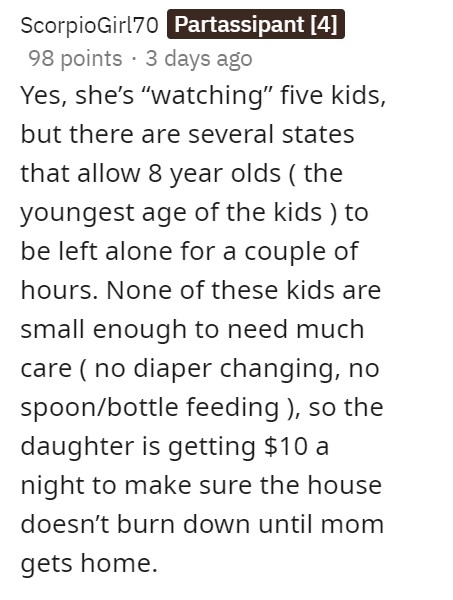 The money might be a small issue but it isn’t the main problem with this. 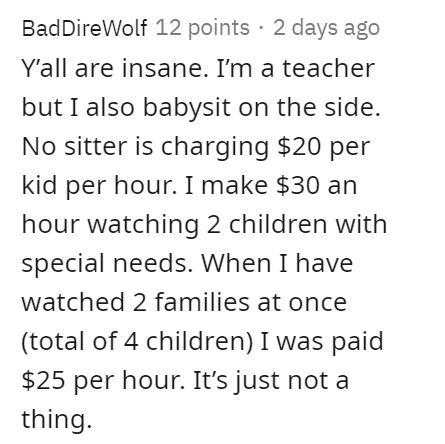 But she might not be the same as you? 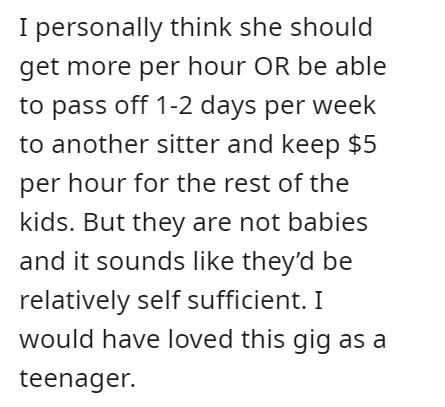 That is the question that really matters in this scenario. 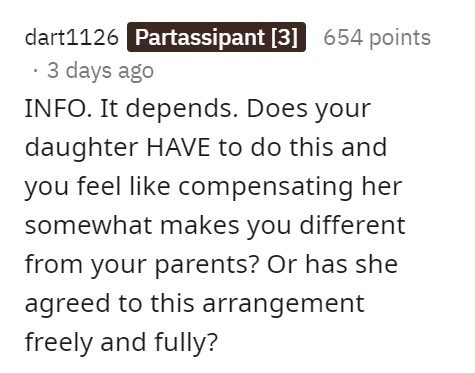 How does your daughter feel about this?

What would happen if she were to decide that she no longer was willing to watch the other kids for..well any reason really?

Also, I do think that you are taking advantage of her concerning the amount of money. I understand that you cannot afford a sitter but that’s not anyone’s issue but your own. Can you REALLY not afford to pay her more than $5 an hour? She’s watching FIVE kids. –SevsMumma21217

Exactly, She might have other priorities in her life than being a parent. 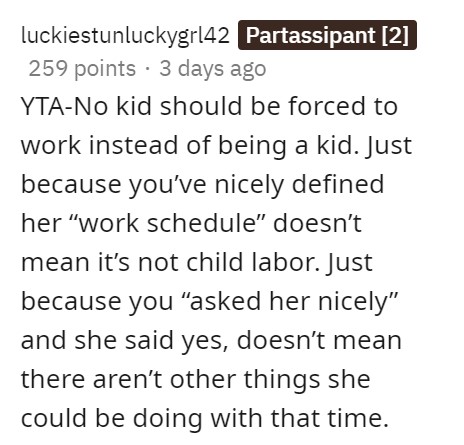 And that isn’t a good thing as many parents make it out to be. 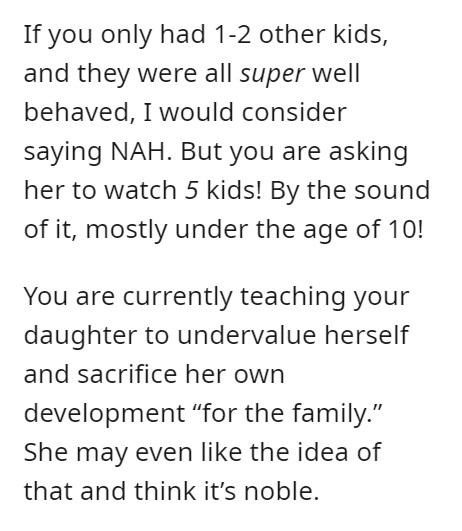 These are definitely not the values she needs in this day and age. 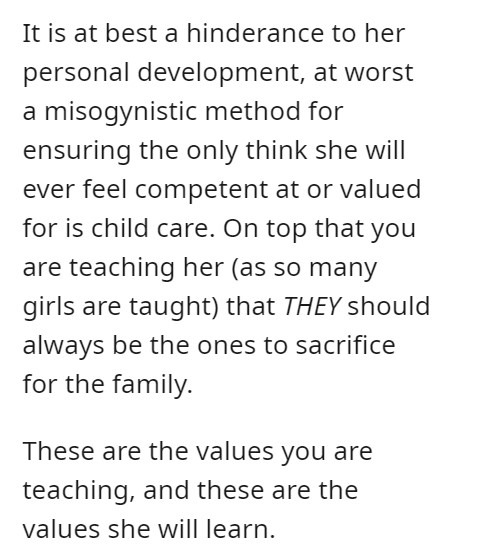 The simple answer is to communicate with your daughter and ask her what she wants. 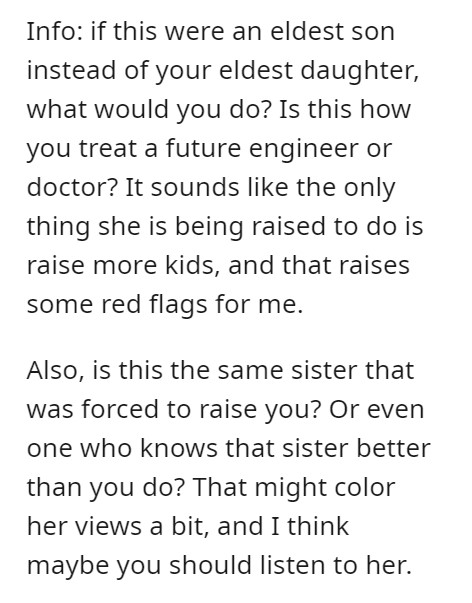 Are you an elder sibling? If so were you asked to basically babysit for free as well? Let us know in the comments down below and don’t forget to share.