I know we would all like to think there isn’t much sexism in this world right now but that is not at all true. In many countries around the world, women are still given the same respect as a broken pair of slippers. I know that sounds harsh but it is sadly very true. However, today we aren’t here to talk about those very serious issues. Although we do have something that gives a glimpse into the mind of a woman who is sexist towards women herself.

It might be because of her upbringing or how she learned to live in this society but it isn’t okay to force those values upon her daughter. I thought thanksgiving was supposed to be a time for families getting together but that might not be true for everyone. Because from what I have learned blood doesn’t equal family. And cooking dinner might not seem like that big of a deal but it definitely is when her brother is allowed to just chill all day.

This may seem like an instant thing but it is actually quite a long way away. 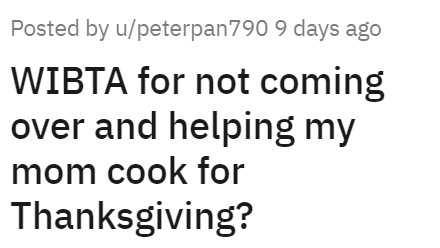 I can see why this would be annoying. I wouldn’t be too happy about it either. 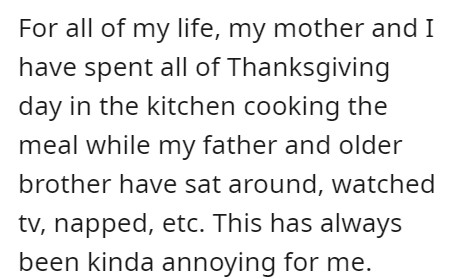 That is just plain rude considering it was your boyfriend’s family. 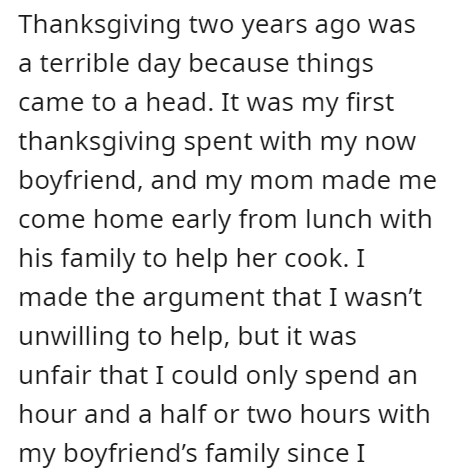 Wait, Did we just get transported back to the 1950s? 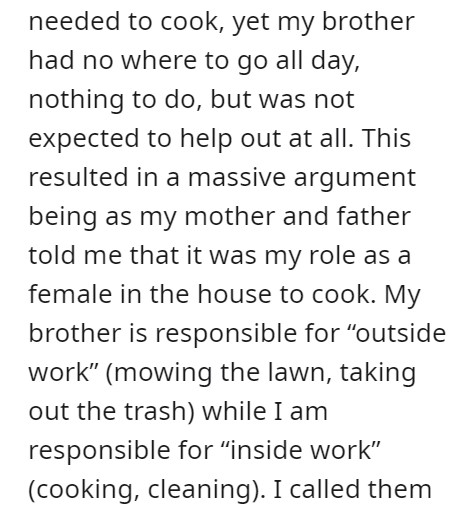 Just because they disagree doesn’t make them any less sexist. 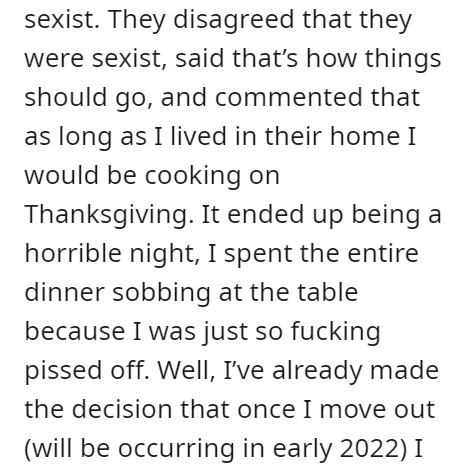 My mom AND dad cook for Thanksgiving. They do it together since they’re both awesome cooks and a team. Actually, anyone who can cook SOMETHING in our family helps out.

And we will still watch the game whole we so this. So yeah, miss me with sexist BS. NTA. –HazelDaydreamer

That is equal but will they really go for it? 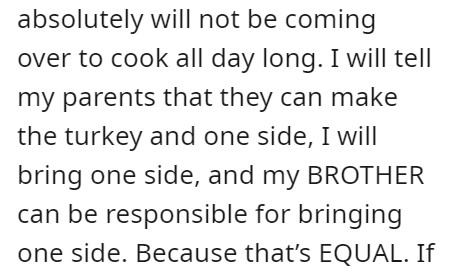 Is it petty? Yes. Do they deserve this and worse? Absolutely yes. 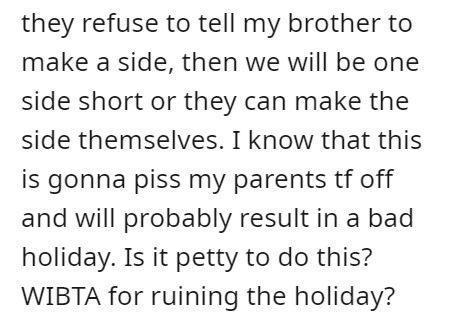 Maybe they should read up on what sexism actually is.

My parents did the same to me when I was living with them ( although their reasons were different, it was because I was older than all the chores were mine, but I was only older by a year.) My parents still don’t know I’m a good cook. Two months in my dad caved and I was only in charge of washing up. –thelastgummybear

The idea may seem great in your mind but things rarely turn out as we want them to. 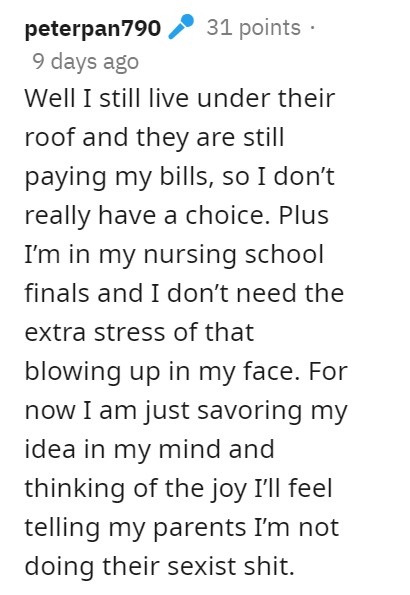 Using their language against them might be the way to go. 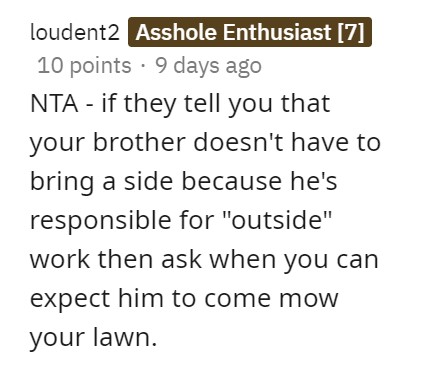 That is the only way to get out of work for you. 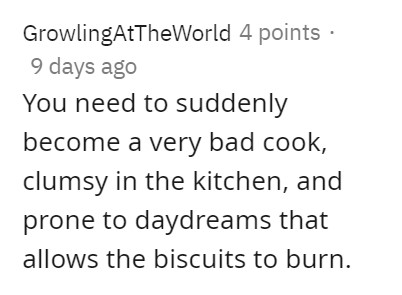 Gender shouldn’t be considered when it comes to cooking. 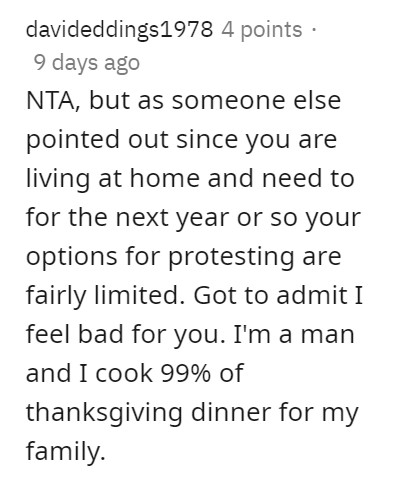 Exactly! Why is she forcing her idealogy upon you? 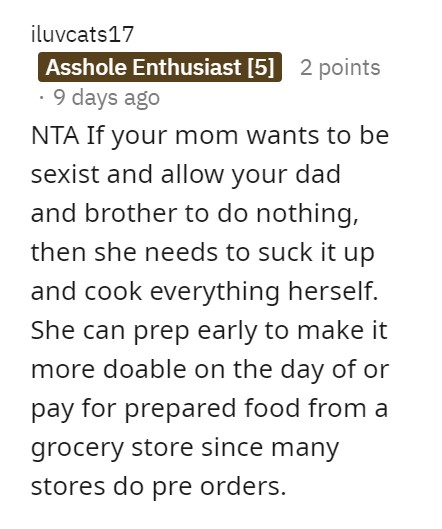 Did your parents ever force you to do something similar? Comment down below and let us know. Don’t forget to share so others can chime in with their opinions as well.